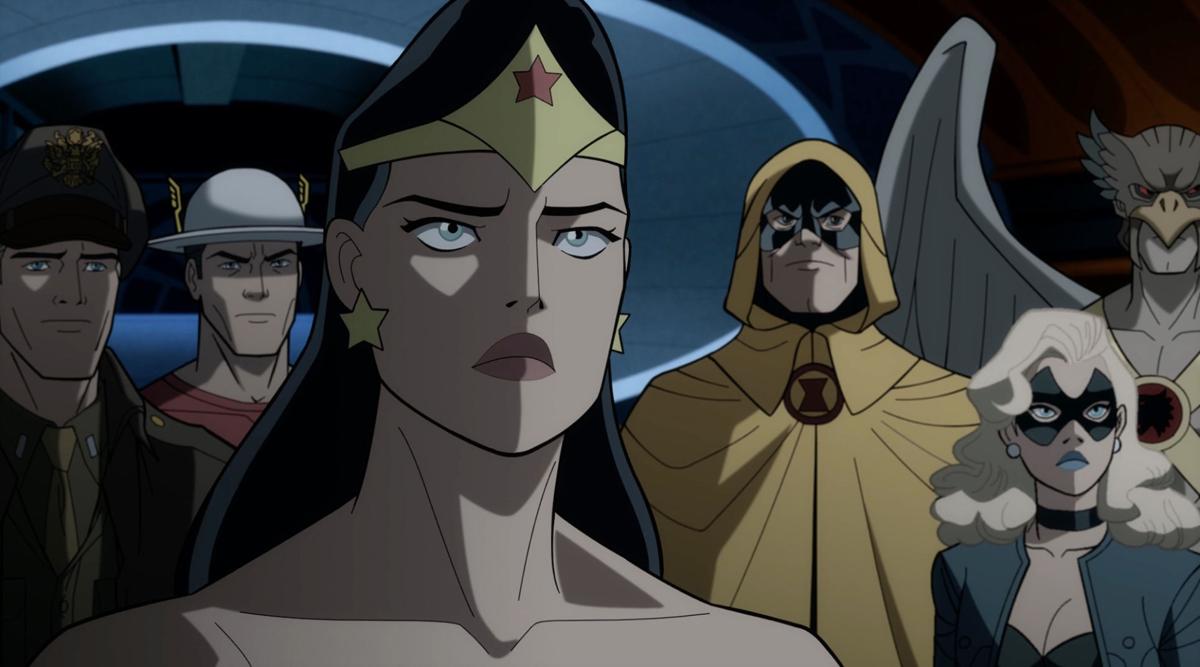 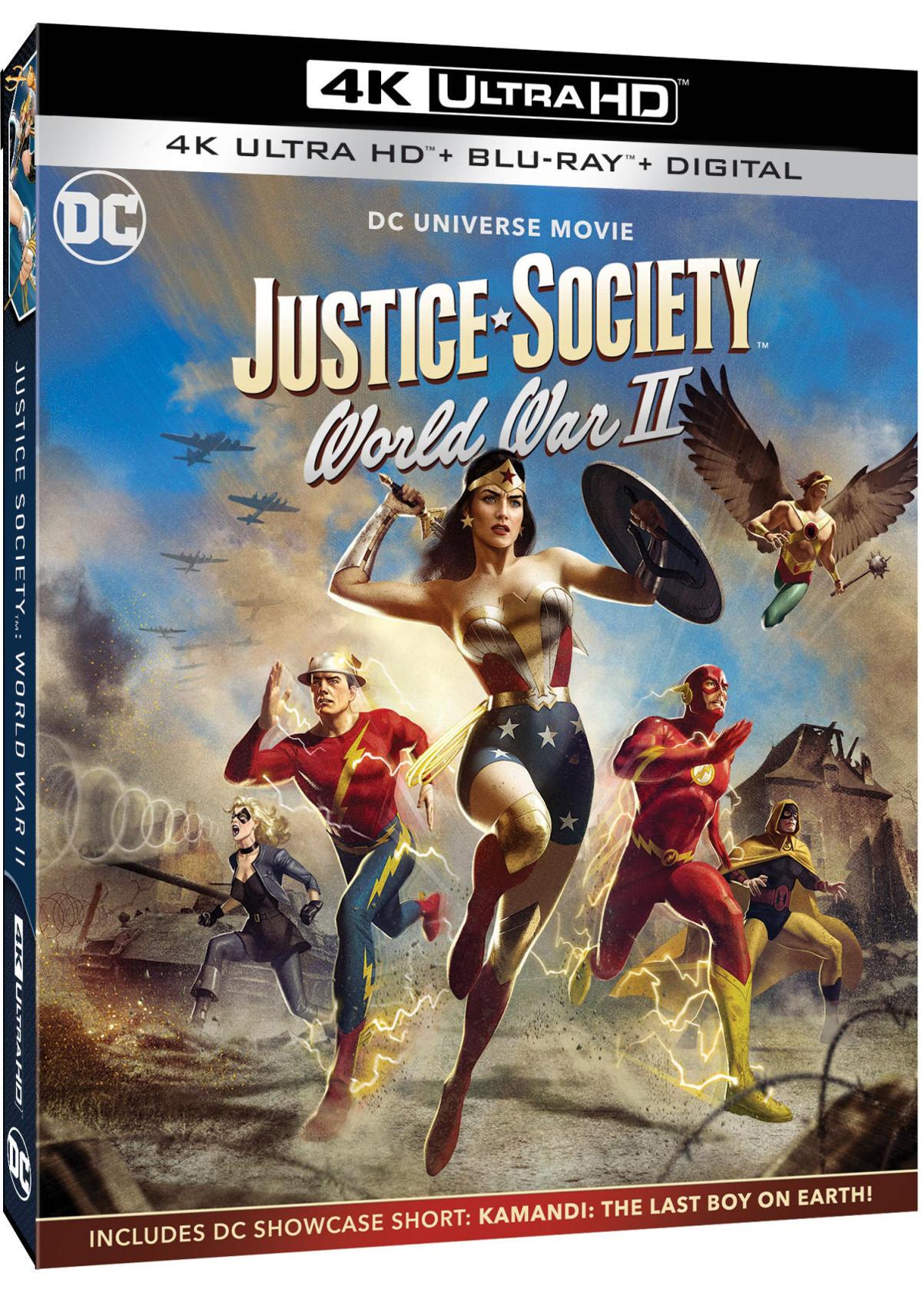 One of the main complaints about superhero movies is that sometimes the writers get so caught up in the action that they forget the movie also needs a plot. That’s definitely the case for the latest DC Universe animated movie, “Justice Society: World War II” — until the last 30 minutes. That’s when the movie finally finds its way, packing a big emotional punch that leads to an incredibly satisfying ending that makes you almost completely forget the chaos of the first 52 minutes.

In this original story, Barry Allen, aka The Flash (Matt Bomer), finds himself transported into the middle of World War II as a secret team of Golden Age DC superheroes, the Justice Society of America, battles the Nazis. Led by Wonder Woman (Stana Katic) and assisted by Steve Trevor (Chris Diamantopoulos), the team includes Black Canary (Elysia Rotaru), Hawkman (Omid Abtahi) and the Golden Age Flash, Jay Garrick (Armen Taylor). Barry immediately jumps in to help as the team tries to keep Adolf Hitler from securing magical artifacts that could help him win the war and take over the world. But while they try to stay one step ahead of the Nazis, they also try to figure out how to get Barry home, which turns out to be a little more complicated, both physically and emotionally, than any of them could have imagined.

The story moves at a snail’s pace as we see way more of the superheroes beating up Nazis than we do of them piecing together clues to chase down artifacts or how to get Barry home. But then Aquaman (Liam McIntyre) shows up and things get very interesting as his Nazi-sympathetic adviser (Geoffrey Arend) manipulates the king to unleash a horrible attack on Earth, which has devastating consequences for the entire team. The battle between Aquaman and Wonder Woman is pretty epic and worth the extended scenes it gets.

But it’s the more emotional scenes that make the movie, especially those with Black Canary, who is really the heart of the film. She believes in the cause, but she struggles with risking her life in complete anonymity. And Steve struggles with trying to get closer to Wonder Woman, who is more focused on winning the war.

As for the voice talent, Bomer is outstanding as Barry, and Diamantopoulos is perfectly cast as Steve Trevor. Arend brings an evil hiss to the adviser that makes him an outstanding villain, and Rotaru gives Black Canary true heart that makes you root hard for her when her big moment comes.

At some point early on during “Society,” you might find yourself bored with all of the punching and running. But hang in there and keep watching, or you’ll miss the emotional payoff that’s well worth your time.

“Justice Society: World War II” is currently available through digital outlets and will be available on 4K Ultra HD™ Blu-Ray Combo Pack and Blu-Ray™ Tuesday, May 11. The film is rated PG-13 for violence and bloody images.

Angela Henderson-Bentley writes about television for HD Media. Contact her at ahenderson-bentley@