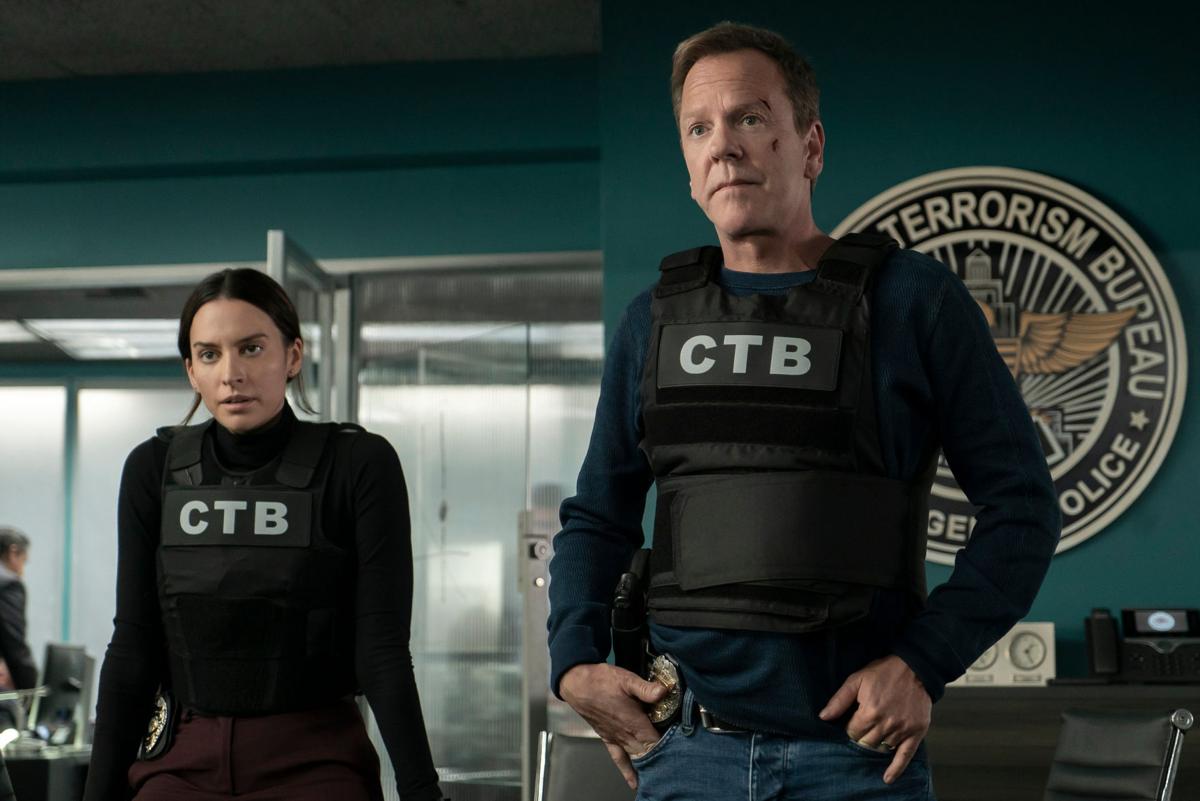 Genesis Rodriguez and Kiefer Sutherland star in “The Fugitive,” a reboot of the classic 1960s TV series and 1993 film, currently streaming on Quibi. 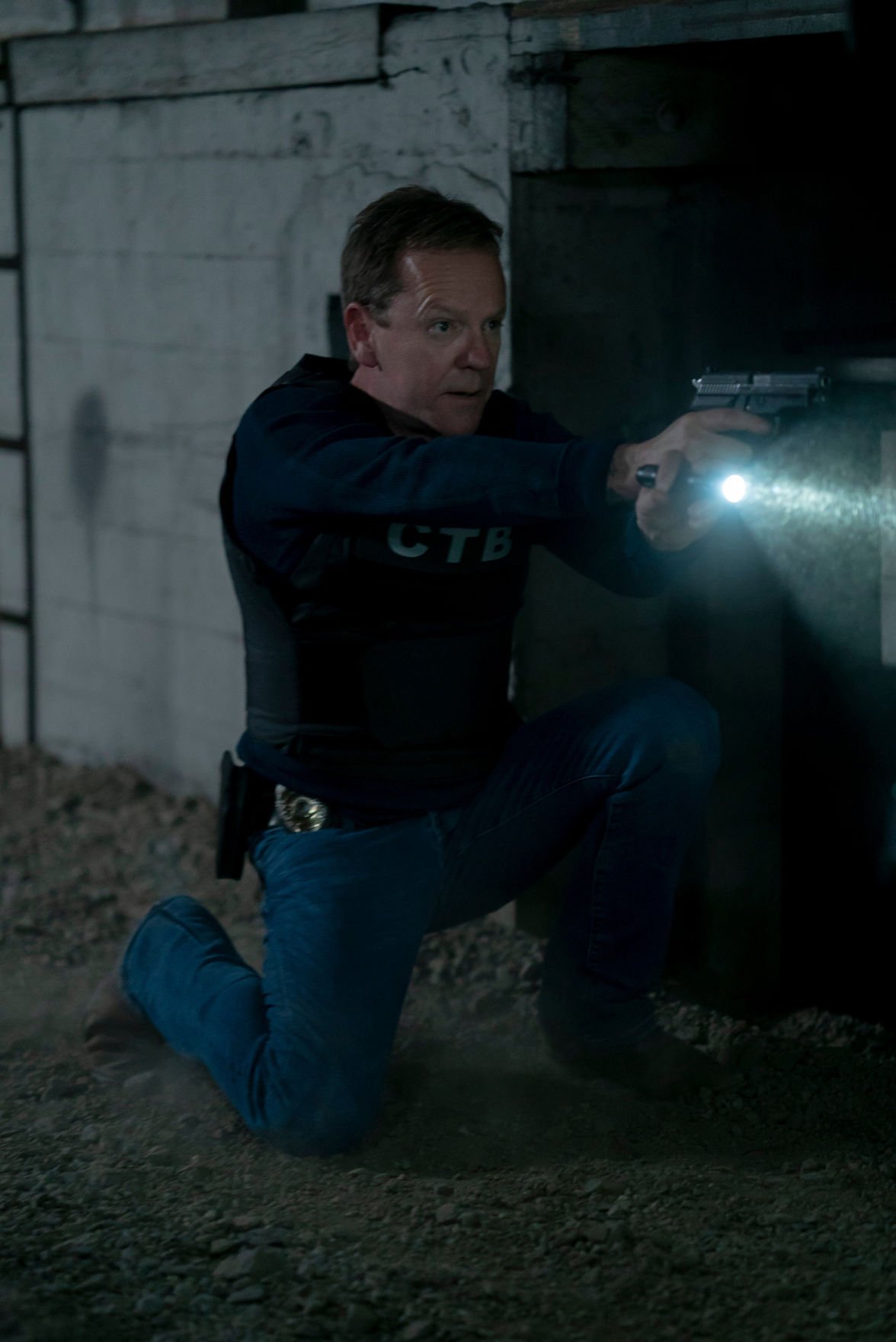 Kiefer Sutherland stars as Detective Clay Bryce in “The Fugitive,” a reboot of the classic 1960s TV series and 1993 film, currently streaming on Quibi.

Genesis Rodriguez and Kiefer Sutherland star in “The Fugitive,” a reboot of the classic 1960s TV series and 1993 film, currently streaming on Quibi.

Kiefer Sutherland stars as Detective Clay Bryce in “The Fugitive,” a reboot of the classic 1960s TV series and 1993 film, currently streaming on Quibi.

With all the high-profile streaming services debuting in recent months, it’s understandable that you may have missed one. And you wouldn’t be alone as Quibi has struggled to get subscribers.

For those of you not familiar, Quibi is a subscription streaming service founded by media mogul Jeffrey Katzenberg, with former Hewlett-Packard CEO Meg Whitman as its CEO. The name is a mashup of the words quick and bites, which hints to the fact that episodes of Quibi shows only run seven to 10 minutes in length. Quibi is a mobile-only platform, but can be cast to a TV through Apple TV or Google Chromecast.

Quibi series are divided into three categories: Movies in Chapters, short unscripted series and documentaries and Daily Essentials news and lifestyle programming. The service launched in April with a long list of shows headed by A-list talent like Liam Hemsworth, Chance the Rapper, Chrissy Teigen and Reese Witherspoon. With the glut of streaming services on the market, I’ve largely ignored Quibi until one name popped up on its roster of stars — Kiefer Sutherland. And suddenly, I was paying attention.

Sutherland stars in “The Fugitive,” a reboot of the iconic 1960s TV series (and the classic 1993 Harrison Ford film), which premiered on Quibi Monday, Aug. 3. Sutherland is Detective Clay Brice of the Los Angeles Counter Terrorism Bureau who ends up chasing Mike Ferro (Boyd Holbrook), an ex-con who finds himself the chief suspect in the bombing of an LA subway line. The story is basically the one we know — determined cop doggedly chasing the wrong man — but social media throws in a nice twist as the rush to hit Twitter first helps stir up the case against Mike.

Although I could argue pretty strongly that we really didn’t need a new version of the story, this is a really good one. And I will never argue against anything that returns Kiefer Sutherland to the action format. Clay Brice is not Jack Bauer, but there are enough similarities to get “24” fans excited like the familiar long sleeve T-shirt Clay wears and his vest with CTB emblazoned across the front (instead of CTU). Plus, it’s important to note that the director of “Fugitive” is Stephen Hopkins, who directed half of the episodes of the first season of “24.”

But this story doesn’t work without a compelling fugitive, and Holbrook fills the bill beautifully. And his character is given a pretty solid, sympathetic backstory that makes you root for him to prove his innocence.

Because the chapters are so short, there is no time for filler and that adrenaline-packed approach leaves you wanting more after each “bite.” And that’s exactly Quibi’s plan, as it hopes “Fugitive” will bring its chase for subscribers to an end.

“The Fugitive” is now streaming on Quibi. New chapters will be released each weekday until Aug. 18. To learn more about Quibi pricing plans and how to subscribe, visit Quibi.com.

Angela Henderson-Bentley writes about television for The Herald-Dispatch. Contact her at ahenderson-bentley@hotmail.com.

Should the late justice Ruth Bader Ginsburg's seat on the U.S. Supreme Court be filled before the November general election?