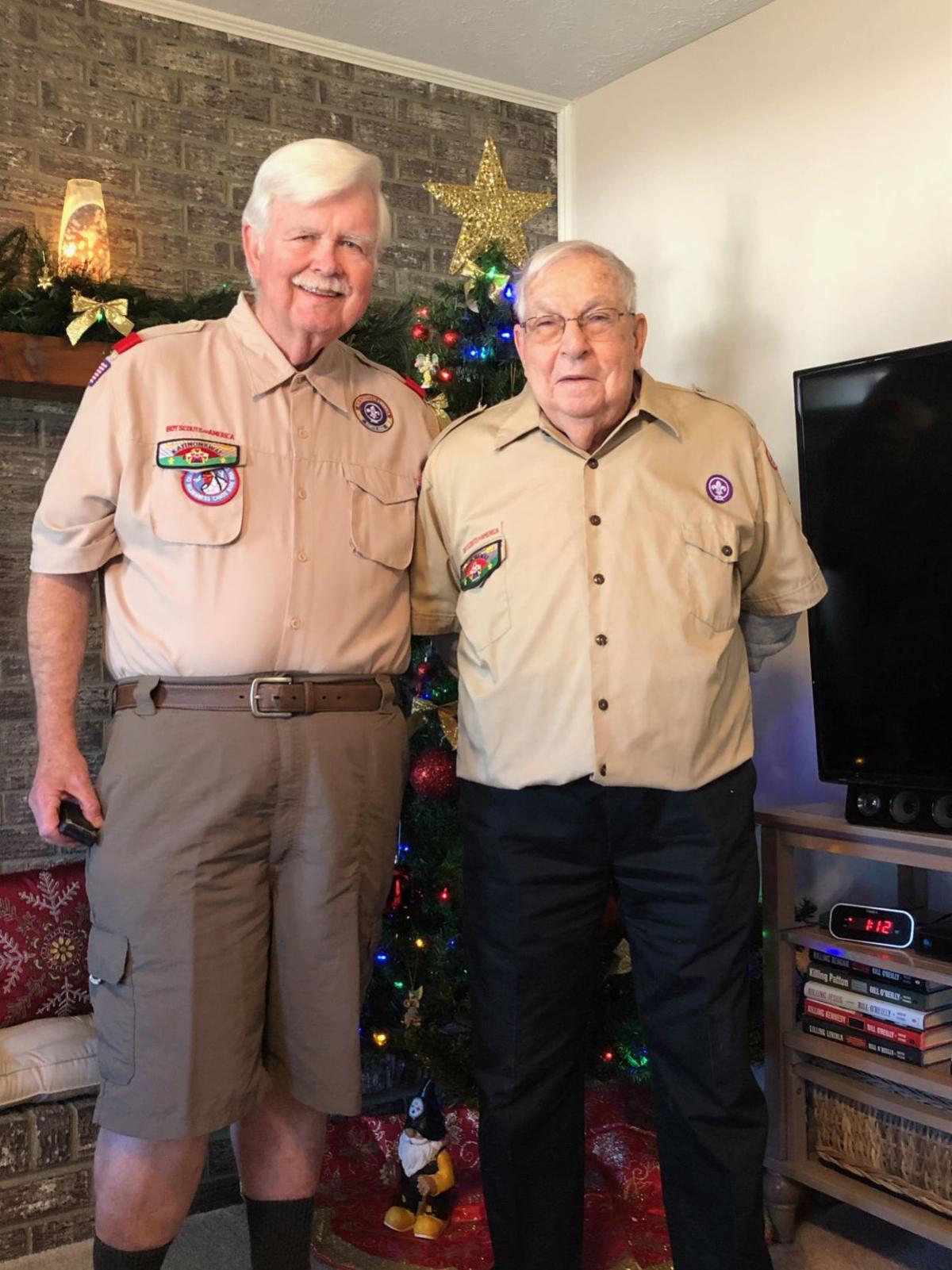 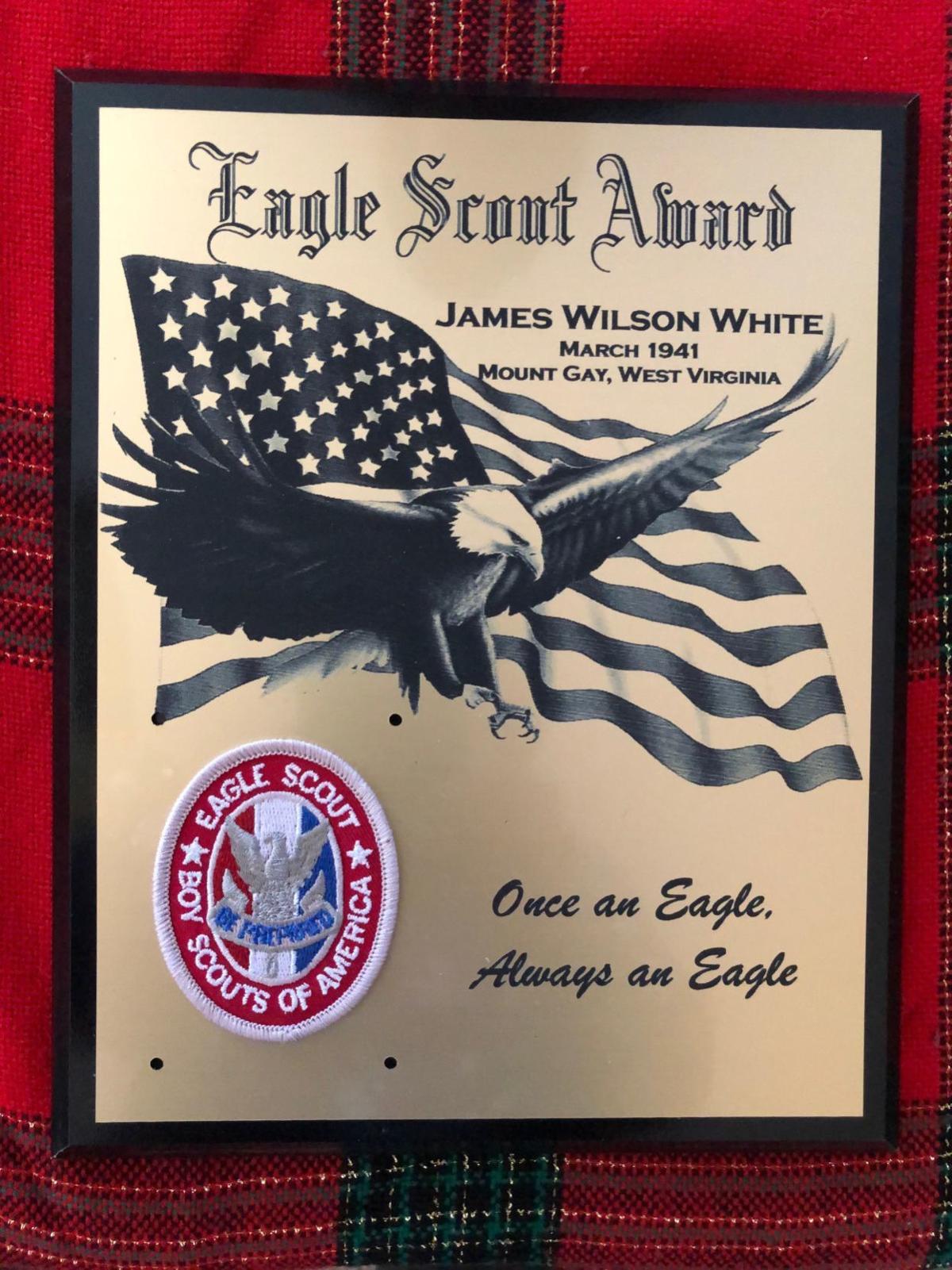 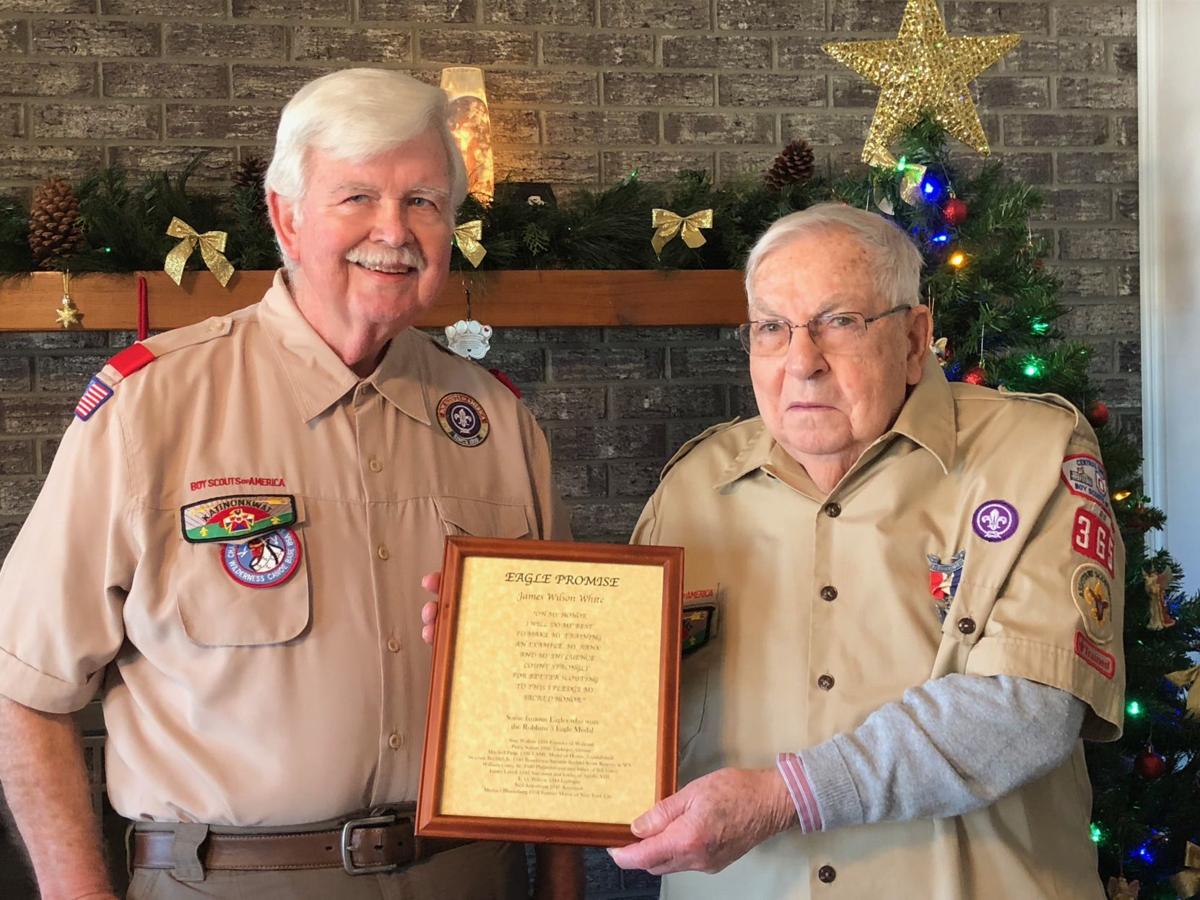 James Wilson White, formerly of Mount Gay, Eagle Scout, World War II Navy veteran and graduate of the Logan High School Class of 1944, celebrated his 94th birthday on Christmas Day 2019. 2019 was the 75th anniversary of his graduation from high school.

White earned the rank of Eagle Scout in 1941 in Logan County. In the Navy, he was an electrician’s mate. On entering the Navy in March 1944, he had experience and skills from Scouting that were helpful in his Navy service, including semaphore signaling, Morse Code, knot tying and the ability to swim proficiently, having been a lifeguard at Girl Scout camp as a young Scout for several summers. After honorable discharge from the Navy in June 1946, he worked as a journeyman electrician for more than 30 years. He spent 10 years at Niagara Falls, New York, where he was also a Scoutmaster.

White is proud of his status as an Eagle Scout. However, in the course of many moves during his career to follow his work, his Eagle Medal was lost. He often asked if it might be possible to get a replacement. Scouting has a way to replace lost Eagle Medals, but I wanted to find an authentic medal from the period when he earned the rank. The Robbins Company manufactured Eagle medals for the BSA from 1920 through 1978. The Robbins 3 series of medals are from the period 1933-1954, a time that included the Great Depression, World War II and the Korean War. These medals are made of sterling silver and are prized by Scout memorabilia collectors. Through the kindness of strangers in Illinois, Missouri and the help of BSA’s Catalina Council of Tucson, Arizona, I was able to find a Robbins 3 medal and recently presented it to Uncle Jim. I had him again repeat the Eagle Scout Promise.

Pictures do not convey the joy of these simple acts of kindness, but they do help. Scouts have a saying: “Once an Eagle, Always an Eagle”

Congratulations, James Wilson White. You have always lived by the Scout Oath and Law. It was an honor to find you a replacement Eagle Medal and to formally present it to you in recognition of your service to our country and to Scouting.