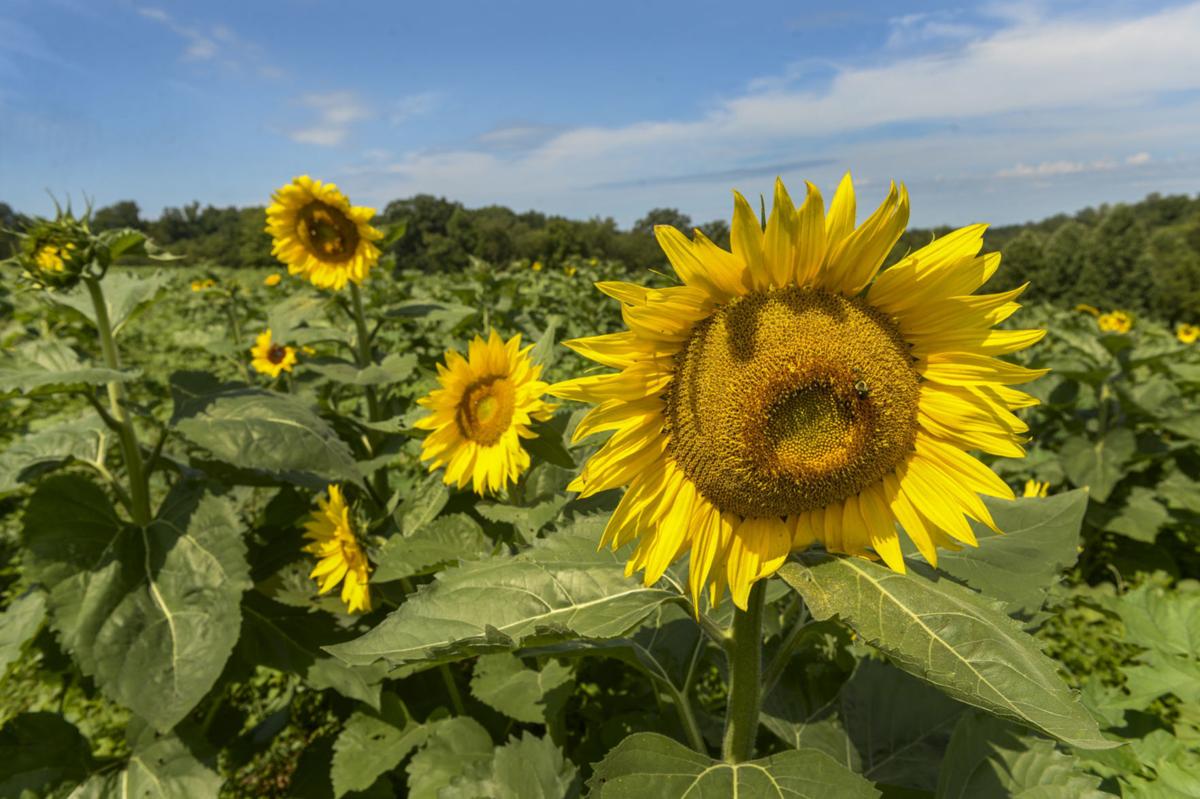 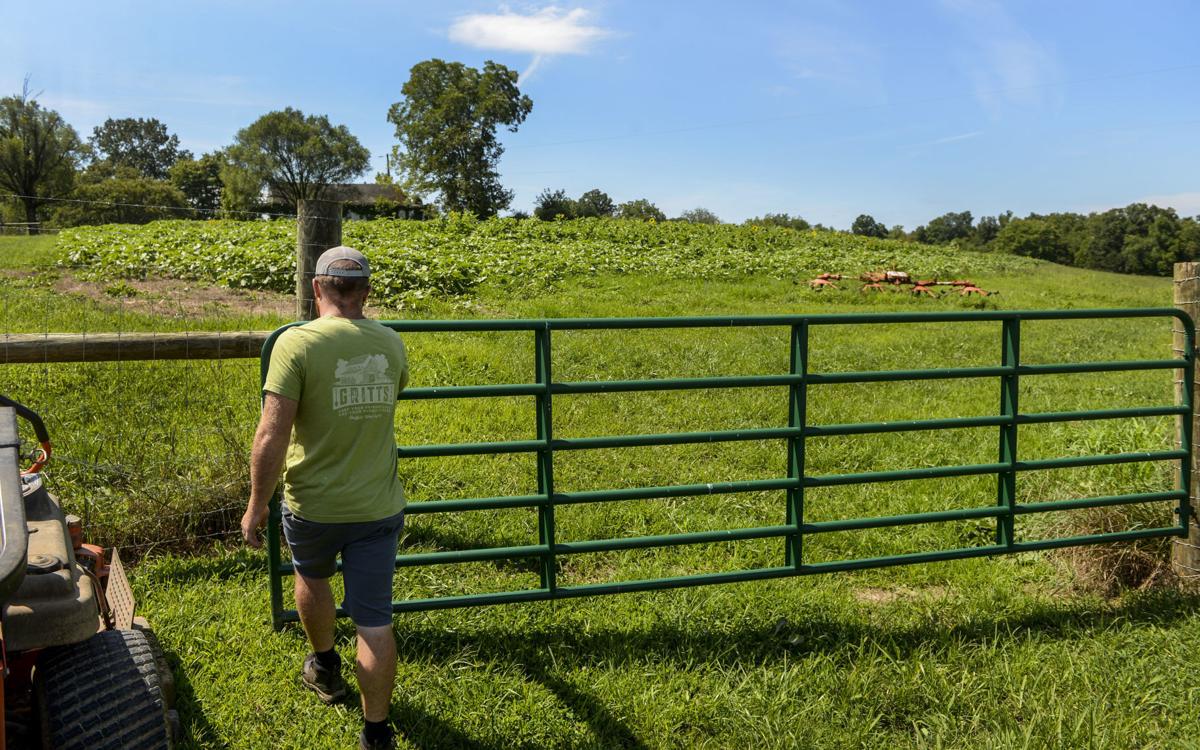 Brad Gritt shuts the gate to his sunflower field. 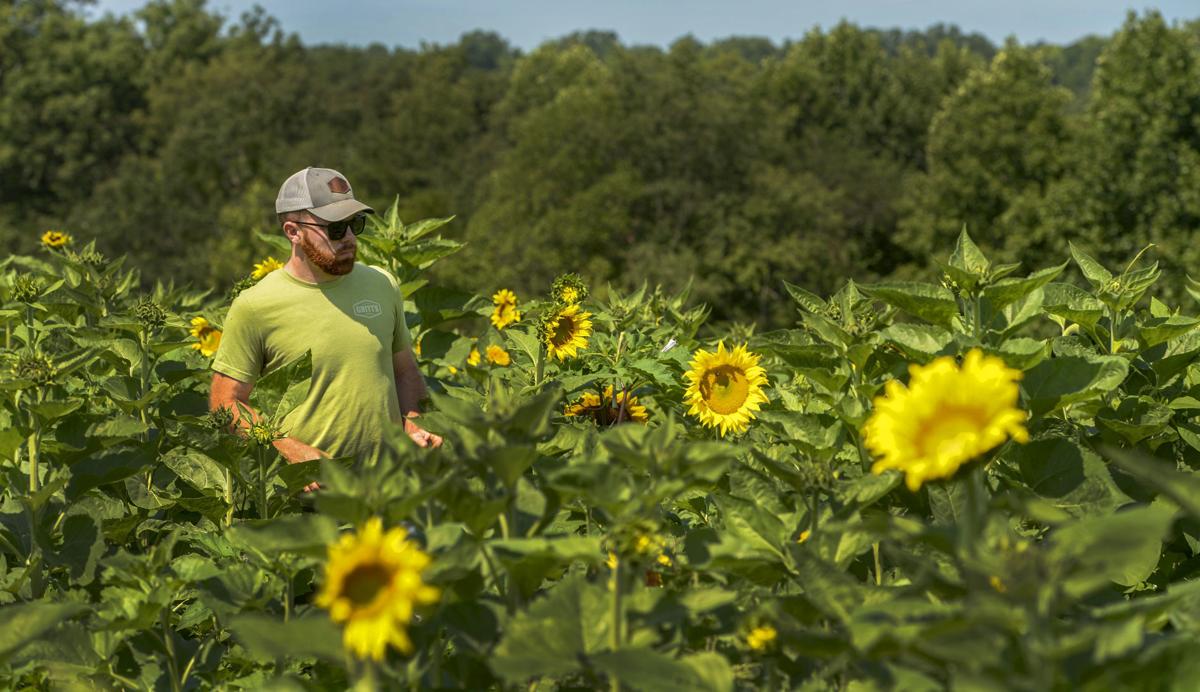 Brad Gritt walks through his sunflower field checking on the health of the sunflowers.

Brad Gritt shuts the gate to his sunflower field.

Brad Gritt walks through his sunflower field checking on the health of the sunflowers.

BUFFALO — Sure, you could grow your own field of sunflowers.

Water them, weed them, add in fertilizer and shoo the deer away — all for the glory of a brilliant burst of color that heralds in the coming season and lasts but a few short weeks.

Or you could head out to Gritt’s Farm where they’ve got a field full of blooms ready for pictures and picking.

“We’ll have some props set out in the field for photo opportunities and we’ll let people go out and cut stems if they’d like to take any home with them,” said Brad Gritt, the farm’s general manager.

“Like a pick-your-own field. They just kind of enjoy it. We let them come out and walk through the field, take pictures, cut them if they’d like. A lot of it’s based around photos.”

It’s the second year Gritt’s has offered its field of flowers, the result of a gap between summer produce and fall crops.

“We’re always looking for new opportunities to get people out and about. A bunch of farms like us around the country have been doing sunflowers, so we were like, ‘Let’s do that.’ Because pumpkins aren’t quite ready yet and we were looking for something to extend our season,” Gritt said.

Technically, sunflowers can grow up to 12 feet in height, though most of those at the farm are under 6 feet. They face the sky to attract the bees when it’s time for pollination and droop toward the ground as their seeds mature — a move that protects them from predatory birds and rain.

And here’s another fun fact.

Look closely at the head of a sunflower: each one is made up of hundreds — sometimes thousands — of tiny, individual flowers held together by a single base.

So if you take roughly 5,000 sunflowers per acre, multiply that by the five acres full of them at Gritt’s and multiply that number by, say conservatively, 500 tiny flowers per head, you end up with ... a whole bunch of blossoms.

Next weekend, September 12 and 13, should be prime bloom.

“Plus we do have the produce market going this time of year, with mums, corn, tomatoes, so there’s an opportunity to get fresh produce as well,” Gritt said.

With sunflowers in full bloom, pumpkins are waiting in the wings for their turn — just around the corner.

The annual Gritt’s Fun Farm including corn mazes, hay rides, giant slides and more, will open Sept. 26 with most attractions up and running — and a few changes in store to keep guests and staff safe.

“The farm in total is about 300 acres, and usable land for the fun farm, we’re probably close to 40-plus acres of outdoor space. And then you add in the greenhouses and all the area around and it’s almost 50 acres, so there’s definitely an opportunity to social distance,” Gritt said.

“Certain things like the wagon rides, we are gong to require face masks on those, and cut the number of people to about 50 percent of what we typically run.”

The pumpkin patch is extensive and the corn mazes are large as well — about 12 acres combined. Masks won’t be required in those areas, but will be expected in food service stations and anywhere else people might congregate outside of their family groups.

“We actually just got 300 gallons of hand sanitizer in. I’m hoping that’ll last throughout the whole season but I’m not sure,” Gritt said.

An added benefit of the online system?

“We’ll have a running log of who was here, so if there’s a case of COVID that pops up, we can notify everybody,” Gritt said.

Should the late justice Ruth Bader Ginsburg's seat on the U.S. Supreme Court be filled before the November general election?