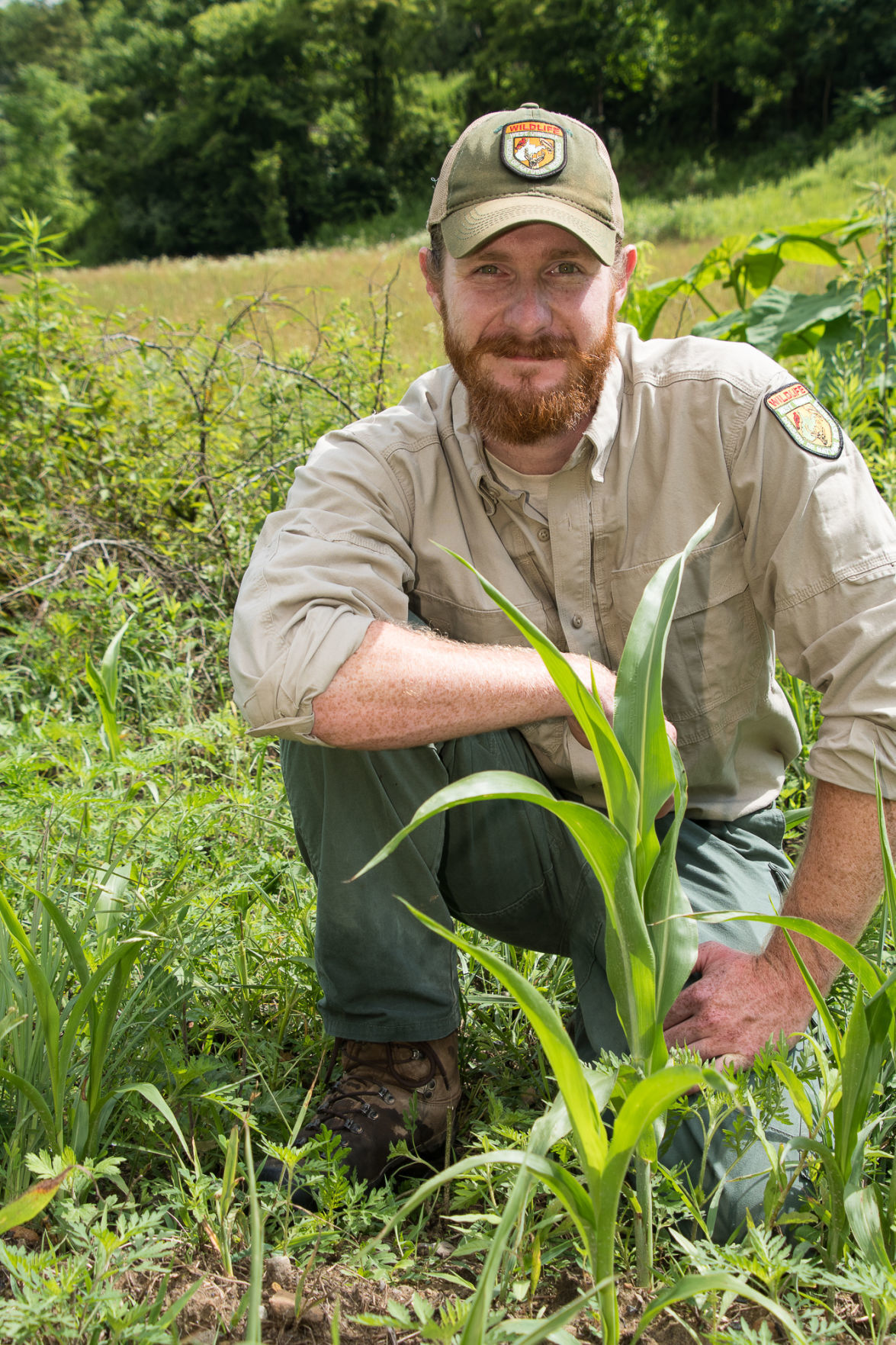 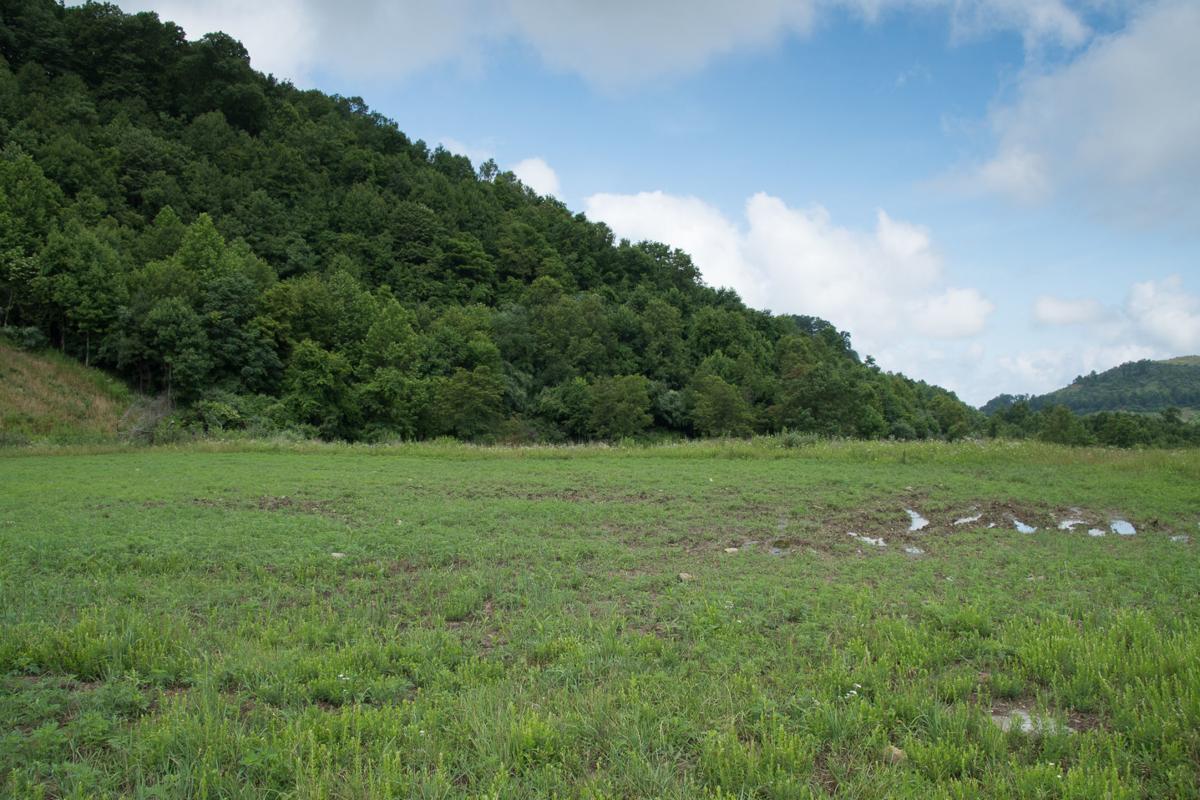 Open fields on the Tomblin WMA’s reclaimed surface mines have been disked and planted with grasses and crops that should provide good habitat for the quail stocked there. 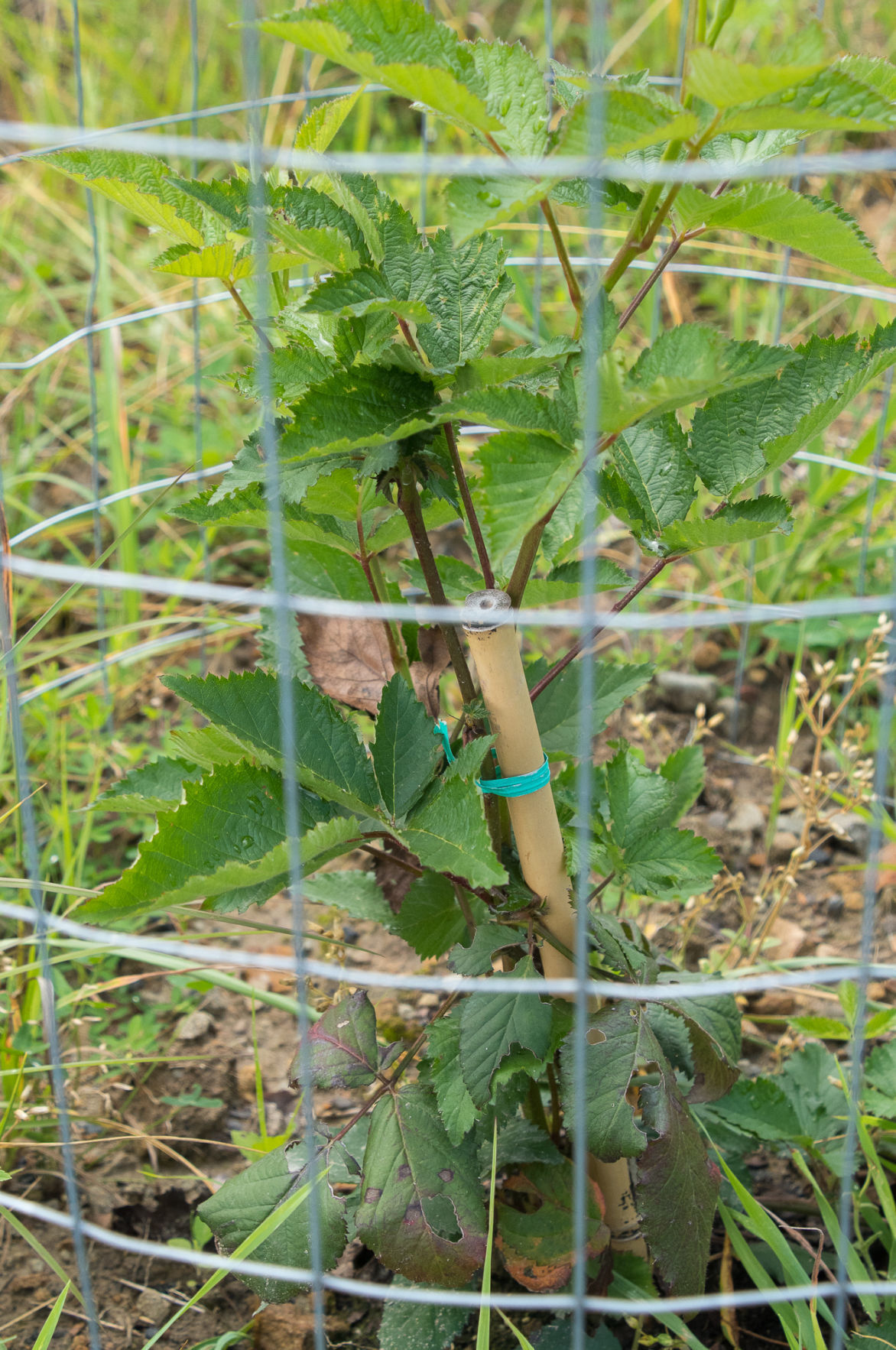 Freshly planted blackberry and raspberry bushes have to be protected from elk and deer right now, but when they mature they should create hedgerows that give quail cover from predators. 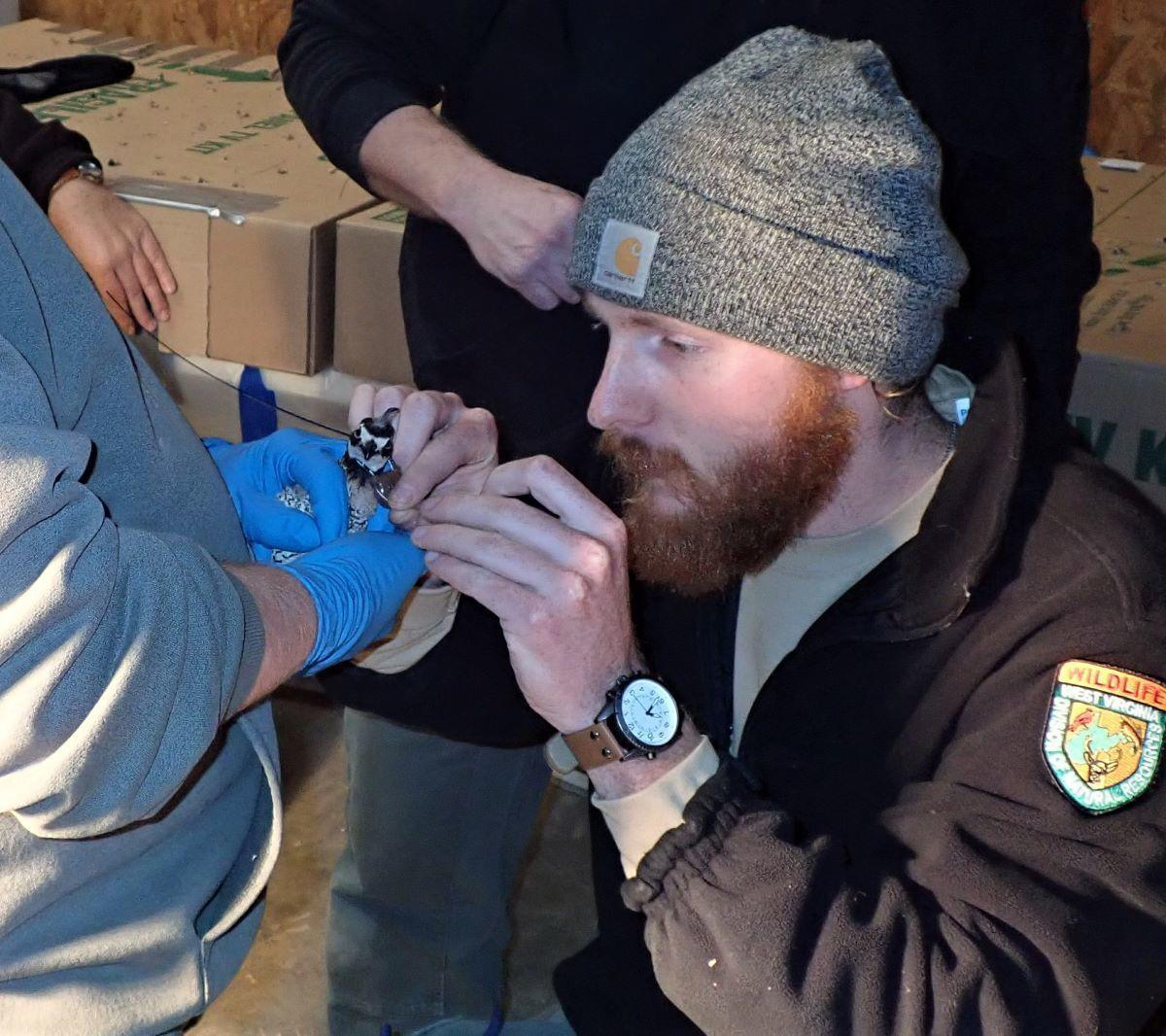 Attaching radio telemetry collars to the quail turned out to be more difficult than it seemed. More than half the birds slipped their collars after being released.

Open fields on the Tomblin WMA’s reclaimed surface mines have been disked and planted with grasses and crops that should provide good habitat for the quail stocked there.

Freshly planted blackberry and raspberry bushes have to be protected from elk and deer right now, but when they mature they should create hedgerows that give quail cover from predators.

Attaching radio telemetry collars to the quail turned out to be more difficult than it seemed. More than half the birds slipped their collars after being released.

HOLDEN — Under the clear West Virginia sky, a distinctive bird call rolled out across the landscape.

It was a sound that hadn’t been heard in Logan County for close to 50 years — the song of a wild bobwhite quail. Now it’s being heard again.

“Last week, while I was working out near the [elk-release] pens, I heard four separate ones,” Klingler said. “Later, I [flushed] two that were dusting in the road. We know they’re around, but we don’t know how many.”

That uncertainty stems from a mistake Klingler and other biologists made when they fitted the birds with tiny electronic tracking collars.

“We hadn’t worked with these collars before,” Klingler said. “There’s a wire you’re supposed to crimp a certain way, and we put the wrong bend in it. A lot of the collars fell off.”

Thirty-five of the 48 birds received collars. Klingler said more than half of the devices dropped off almost immediately, and several more have dropped off since then.

As it turned out, all the signals were coming from the box the quail were released from.

“We had a ‘soft release,’ where we put the quail in a box and then opened the box so they could leave whenever they wanted,” Klingler explained. “We looked in the box. The collars were there, but the quail weren’t.”

The loss of the collars will affect the amount of data biologists can collect, not only about the birds’ comings and goings, but also on the number killed by hawks, owls, bobcats, coyotes and other predators.

“We’ve had some predation already,” Klingler said. “We can usually tell what the predator was by the evidence they leave behind.

Some of the predators don’t eat the quail immediately. Sometimes they stow them away to be eaten later. Klingler said he and fellow biologist Mike Peters found two quail that had been cached, probably by a bobcat.

“We got mortality signals from two transmitters about 100 yards apart,” Klingler recalled. “We finally pinpointed one, but couldn’t see it even though we knew we were right on top of it. All of a sudden, the tone switched from ‘mortality’ to ‘live.’

“We figured one of us had stepped on it, because the signal goes to live when the collar is moved. We couldn’t find it in the grass, so we started digging. We found an intact quail carcass, buried and hidden beneath some grass the bobcat had placed to hide his food cache. Later we found another bird, cached just like that.”

With mortality, and with so many of the quail having slipped their collars at the outset, Klingler doesn’t know how many birds are left on the landscape.

“They’re there. We can hear them calling,” he said. “We’re just not sure how many are left.”

To get the sort of tracking data needed for valid research, Klingler and his fellow biologists will need more birds. Pen-raised quail are readily available, but they don’t survive well in the wild.

“We know we’re going to get more wild quail, but we don’t yet know from where,” Klingler said. “We got these birds from Texas, but we might end up getting the birds for future stockings from other states.”

The research is part of a five-year project to determine how best to reestablish quail in a landscape that gradually became hostile to them.

When West Virginia was covered with small family farms, quail survived quite well in the unkempt hedgerows that surrounded the fields. As farms were abandoned and became overgrown, quail no longer could find proper habitat. By the late 1970s, they had all but disappeared from the Mountain State.

Gov. Jim Justice, an avid quail hunter, urged DNR officials to try to determine if wild quail could exist anywhere in the state. Biologists chose the Tomblin WMA as a test bed because the grassy fields established there for the state’s elk reintroduction program would also be suitable habitat for quail.

Klingler spent part of last year creating brushpiles and planting quail-friendly grasses for this year’s stocking. After the quail arrived, he spent most of the spring on additional habitat work.

“We are lacking in certain habitat types, especially those that produce winter food,” he said. “We also wanted to put in forbs and warm-season grasses.

In addition to the seed work, Klingler and his fellow workers have planted more than 100 blackberry and raspberry bushes that, he hopes, will create hedgerows that break up large fields into several smaller ones.

“The governor’s goal is to have a quail population that will yield eight covey flushes an hour [for hunters],” he said. “That’s a lofty goal, but we’re going to try to make it happen.”