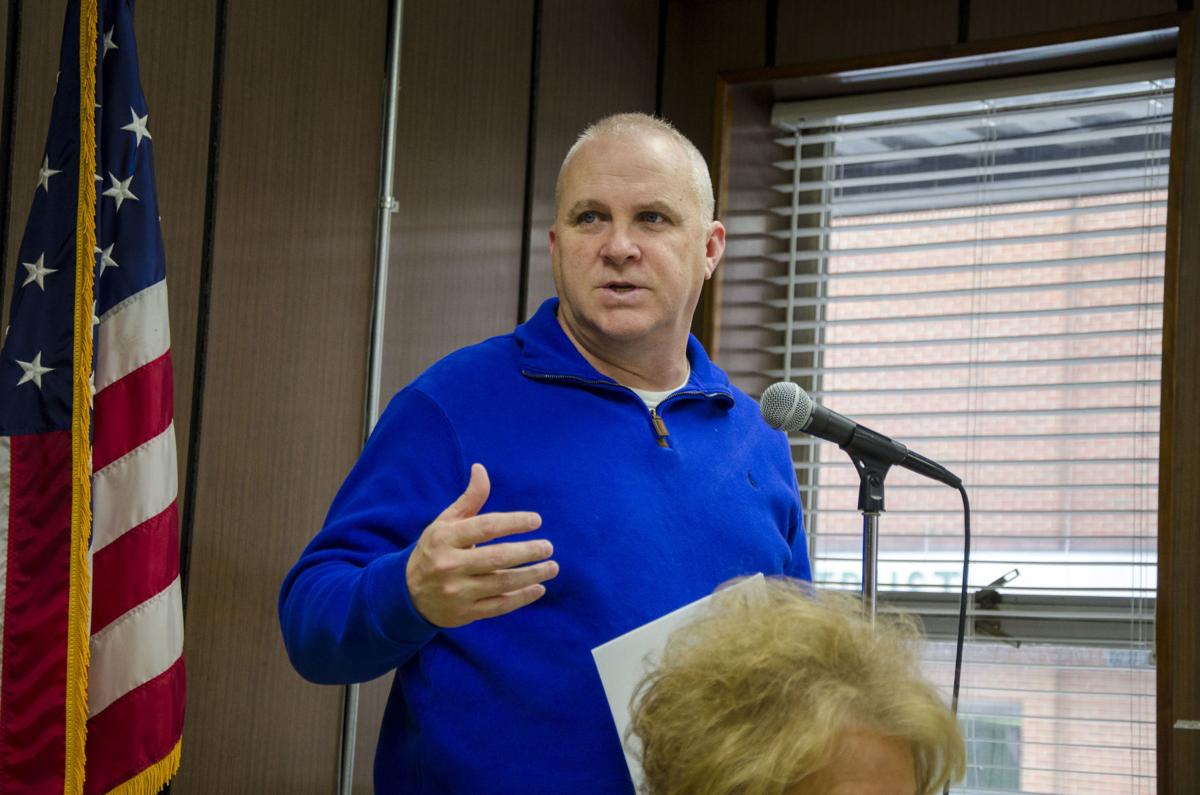 Logan County Health Department Administrator Steve Browning, pictured at a meeting of the Logan County Commission on Feb. 3, 2020, warns that it may still be too early to give up COVID-19 precautions despite encouraging trends in case numbers. 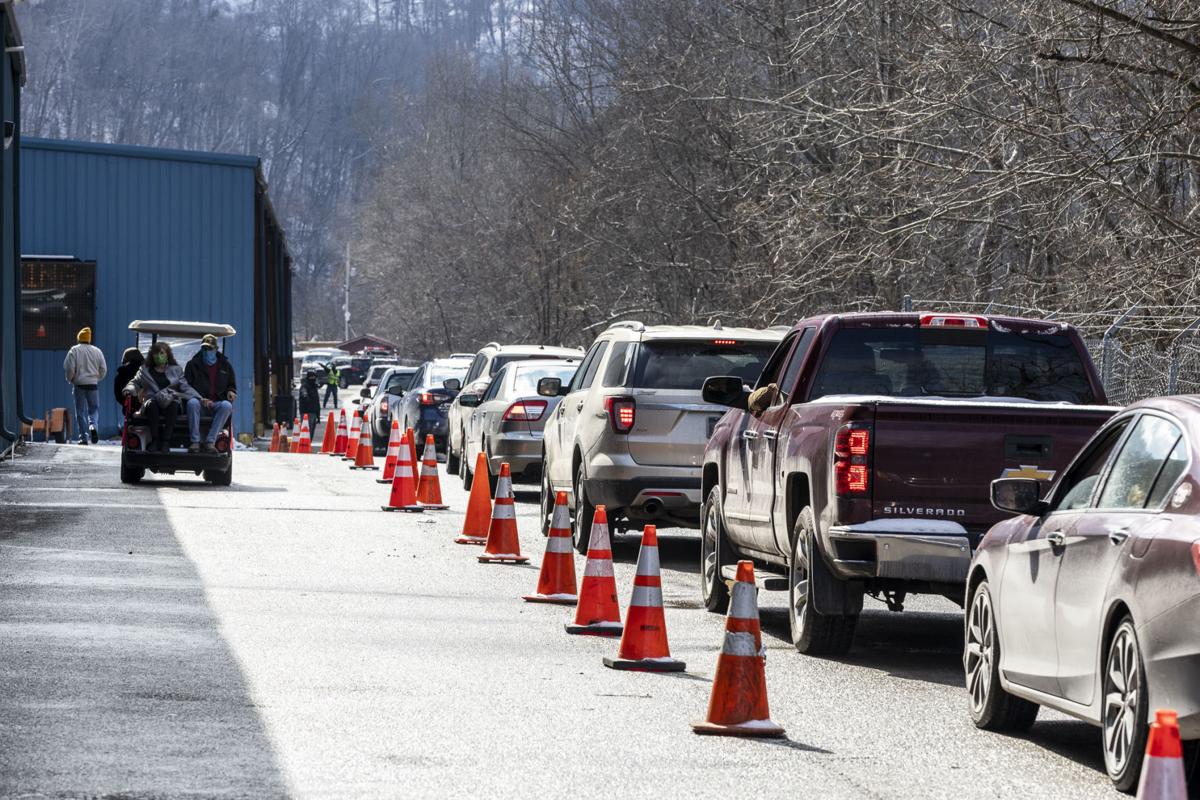 Vehicles line up outside the Logan County Resource Center at the old 84 Lumber at Peach Creek for a COVID-19 vaccination clinic on Saturday, Feb. 20.

Logan County Health Department Administrator Steve Browning, pictured at a meeting of the Logan County Commission on Feb. 3, 2020, warns that it may still be too early to give up COVID-19 precautions despite encouraging trends in case numbers.

Vehicles line up outside the Logan County Resource Center at the old 84 Lumber at Peach Creek for a COVID-19 vaccination clinic on Saturday, Feb. 20.

LOGAN — Although the numbers for COVID-19 cases both statewide and in the county continue to decline, Logan County Health Department Administrator Steve Browning says it’s still too soon to stop following precautions for now.

As of Tuesday, Logan County has 116 active cases of the COVID-19 virus, with 22 hospitalizations. There have been 2,741 total cumulative cases recorded overall, with 75 deaths and 2,550 considered recovered.

Browning has previously said that trend is largely due to two post-holiday spikes finally falling off, along with more people getting vaccinated. He also partly attributes the trend to less testing.

“Our numbers are coming down, but so is our actual testing as well,” Browning said, “so the positivity rate won’t fall as fast as it once was falling, but it is still coming down, as well as our infection rate is slowing coming down.”

Despite the encouraging news, health officials both nationally and worldwide have warned that it may still be too early for people to let their guards down. Browning is no different, saying some sort of normalcy may begin to be allowed to start returning by late April or early May if the trend continues without any other spikes.

“I think that’s a little bit too early for right now,” Browning said. “I think, obviously, we all want to get back to normalcy, but I think it’s maybe a little bit too early. Obviously, you want to get excited about the numbers and the way they’re trending, but hopefully, if we can continue this direction, we can have some normalcy somewhere in maybe late April or May.”

Browning added that he expects the return to normalcy to be a gradual process. He said people should still continue precautionary protocols as that process unfolds, noting some recent slight upticks in nationwide numbers.

“I think, for the first time in a few weeks, the country has seen a slight increase again in the numbers, and I think that’s the same problem worldwide,” Browning said. “We had a few good weeks there of pretty good declines and then, I think, this past week, the country had a slight increase, so you know, there are concerns and we want to make sure that everybody takes the same precautions that they had been doing so that it doesn’t begin to rise again.”

Browning also noted that people should continue taking such precautions like wearing masks and social distancing even if they have been vaccinated because researchers still aren’t sure if those individuals can still spread the virus.

“The data is not complete yet on whether or not the vaccine will prevent you from spreading anything,” Browning said. “It will keep you from getting symptoms, but they’re not certain yet as to the level of you being able to transmit it, so you know, you maybe being able to inhale it and you can, maybe, breathe it back out on someone, so that’s what the concern is, really. The basic thing that they’re saying is that they’re not dead certain on whether or not you can still be a transmitter.”

According to Browning, roughly 1,000 vaccinations were administered at Logan County’s regional vaccine clinics at the old 84 Lumber at Peach Creek last week. This week, two more clinics will be offered from 9 a.m.-1 p.m. Wednesday for second doses, and Thursday for first doses. The vaccinations are still confined to those eligible to receive it at present time.

For more information about getting tested or vaccinated, the Logan County Health Department can be contacted at 304-792-8630.

According to the West Virginia Department of Health and Human Resources, there were 6,692 current active cases of COVID-19 statewide as of 10 a.m. Tuesday, with 136 of those received over the previous 24 hours, for a 2.35% daily positivity rate. There have been 132,184 cumulative cases recorded statewide, with 2,301 deaths. For vaccines, 300,768 total first doses have been administered, with 197,759 West Virginians fully vaccinated.

Do you think the West Virginia Legislature focused on important issues this session?