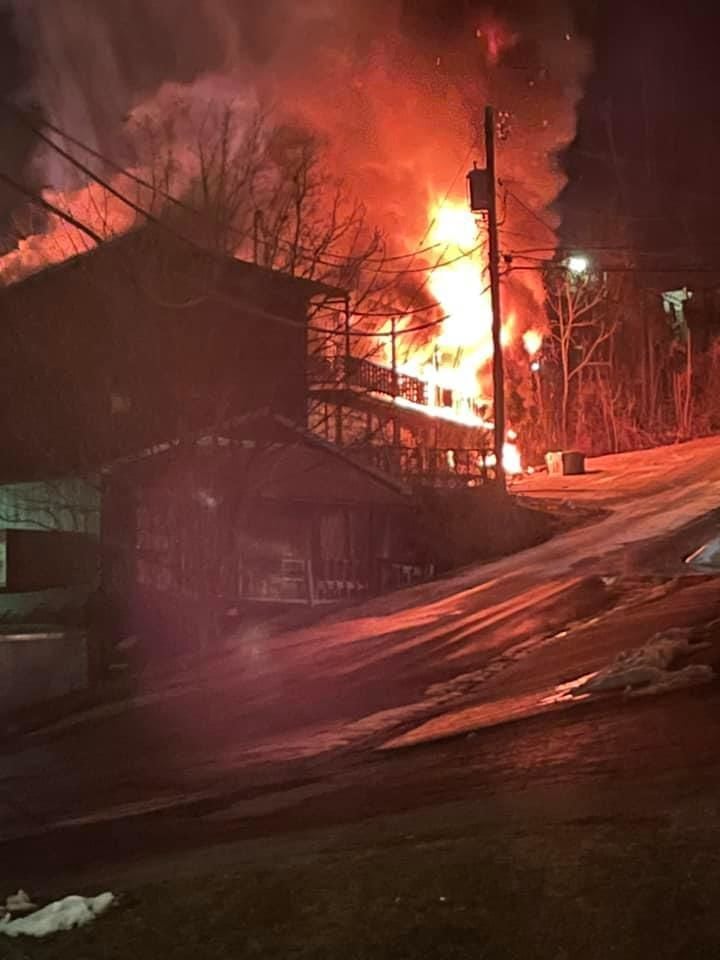 Flames ravage through an apartment building during a massive fire in Chapmanville Sunday night. 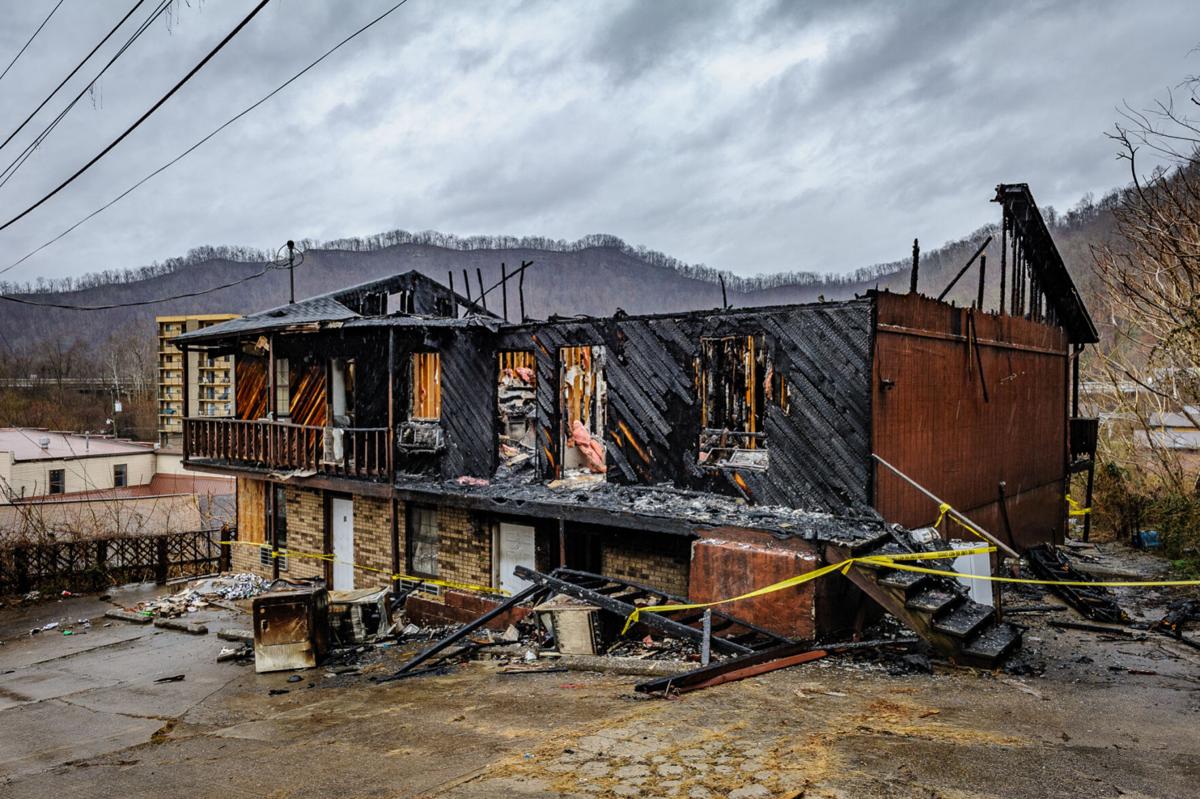 The gutted remains of an apartment complex at 49 Albany Drive in Chapmanville, as pictured Monday morning.

Flames ravage through an apartment building during a massive fire in Chapmanville Sunday night.

The gutted remains of an apartment complex at 49 Albany Drive in Chapmanville, as pictured Monday morning.

CHAPMANVILLE — A series of fires at an apartment building in Chapmanville over the weekend led to the building being gutted and one firefighter being injured.

According to a news release from the Chapmanville Volunteer Fire Department, the first fire was reported to Logan County 911 approximately 10:30 p.m. Thursday, Feb. 18. The fire was at a structure at 49 Albany Drive, located near the Big Eagle pawn shop in Chapmanville.

According to Cody Perry of the CVFD, the building is a six-unit apartment building, of which two were currently occupied. Multiple engines from the CVFD, along with mutual aid from the Lake VFD, were able to extinguish the fire and contain it to an area on the backside of the structure.

At approximately 4 a.m. Friday, Feb. 19, Logan County 911 once again received reports of a structure fire at the same location. Multiple engines from the Chapmanville and Lake volunteer fire departments were able to contain the fire to the outside premises, and all occupants were safely removed.

Fire broke out once again at the structure approximately 1:40 a.m. Sunday, Feb. 21, with multiple engines from the CVFD and Lake VFD once again responding. When crews arrived, they were met with heavy, dense smoke and flames visible from outside the building. An initial search showed no occupants were present during the time of the fire.

According to the release, crews faced many obstacles due to the freezing weather conditions, but were able to extinguish the fire with no injuries after multiple hours of fire suppression and overhaul.

Firefighters had to douse flames at the structure one last time approximately 8:18 p.m. Sunday, Feb. 21, in what proved to be the most severe of the four fires, with heavy smoke and flames that had breached through the roof of the building. Multiple engines from the CVFD, Lake VFD and Danville VFD spent several hours extinguishing the fire.

No occupants were present in the building at the time of the fire.

One firefighter was injured in the final blaze and was transported to Logan Regional Medical Center for treatment. According to the news release, the firefighter is in stable condition, but further details about the injury are being withheld at this time.

The West Virginia State Fire Marshal’s Office is conducting a full investigation into the fires. Anyone who may have information related to the fires is asked to contact the CVFD at 304-855-4543 or call the Arson Tip Hotline at 800-233-3473.