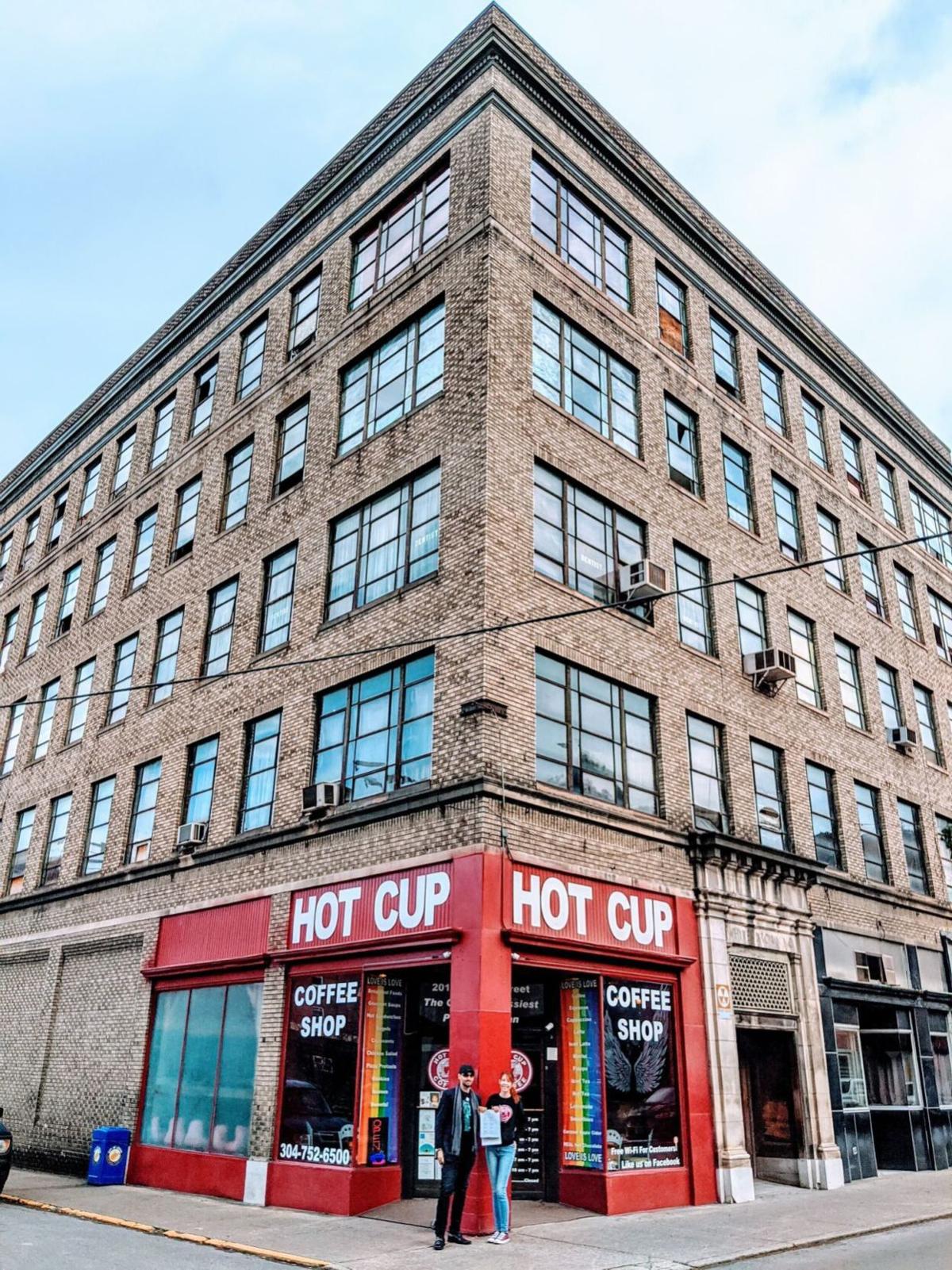 Michael Cline and girlfriend Gwendolyn Rainwater stand in front of the historic White and Browning building in downtown Logan moments after his ownership was confirmed on Dec. 30. 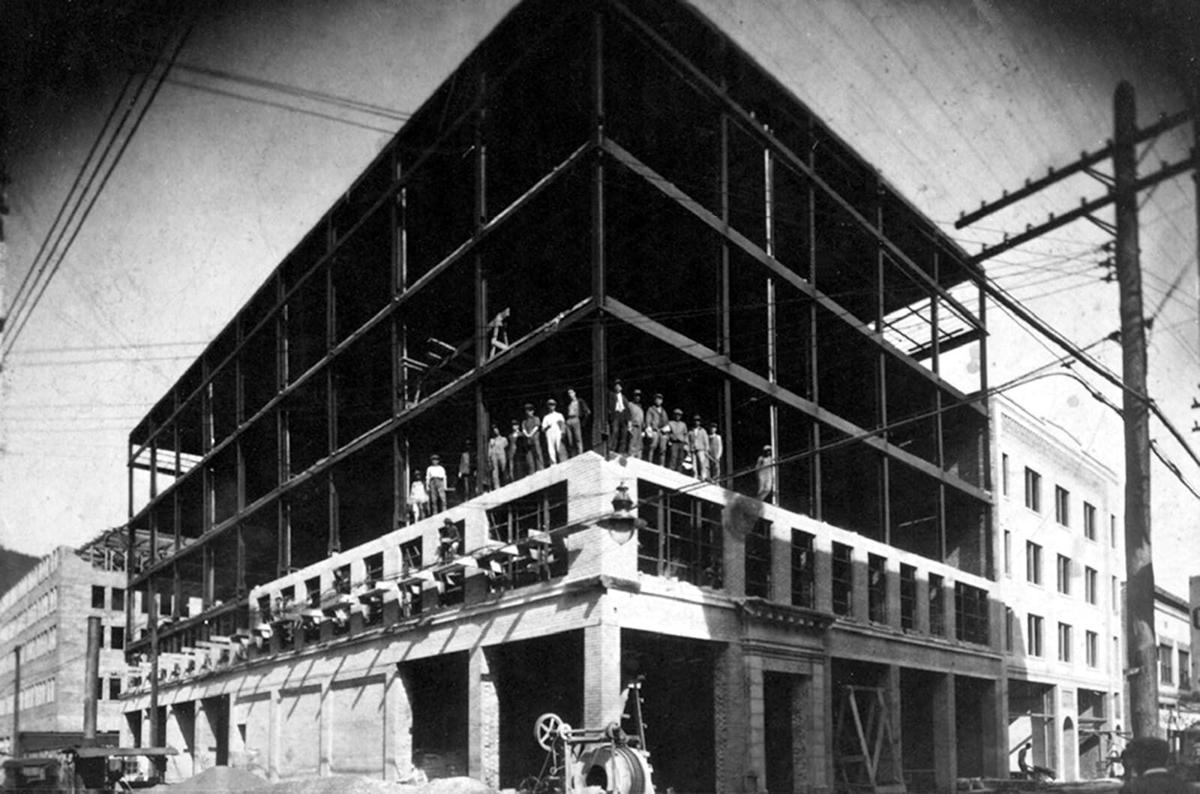 Construction on the White and Browning building in the late 1920s. 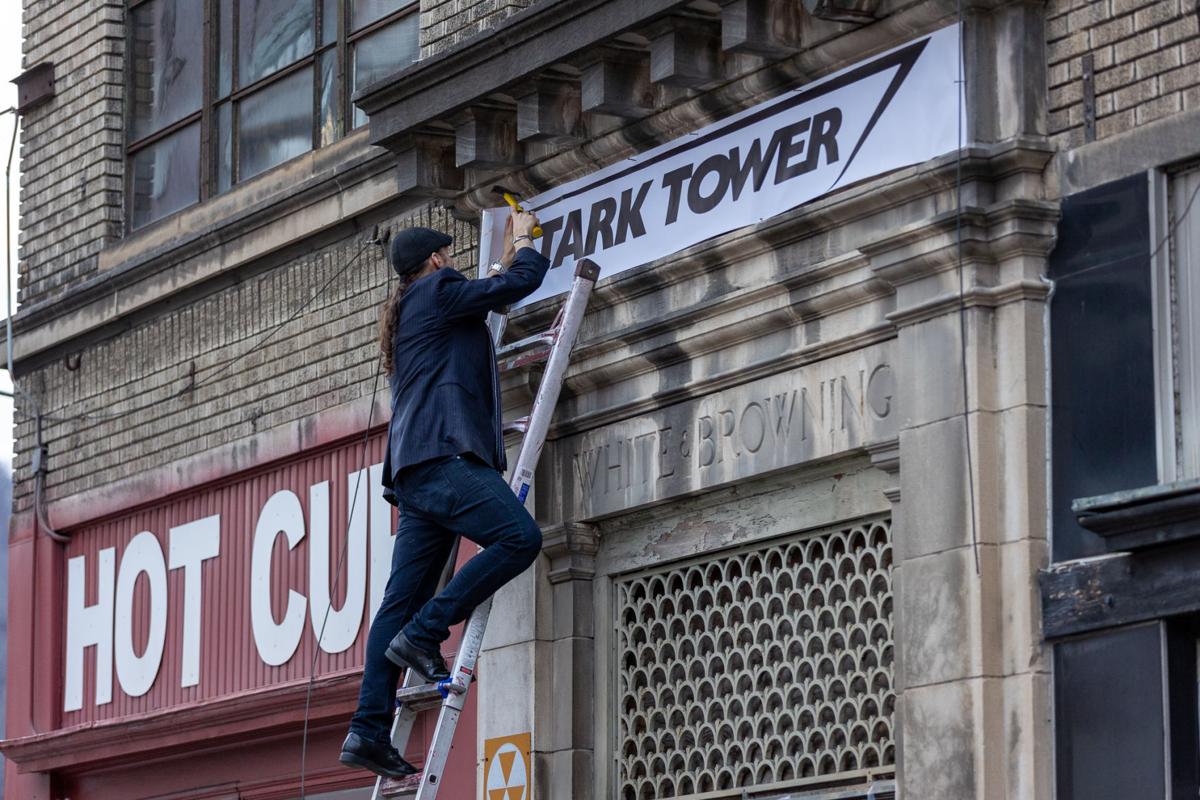 Michael Cline, owner of Hot Cup and officially new owner of the White and Browning building in downtown Logan, rebrands the building “Stark Tower” on Dec. 30.

Michael Cline and girlfriend Gwendolyn Rainwater stand in front of the historic White and Browning building in downtown Logan moments after his ownership was confirmed on Dec. 30.

Construction on the White and Browning building in the late 1920s.

Michael Cline, owner of Hot Cup and officially new owner of the White and Browning building in downtown Logan, rebrands the building “Stark Tower” on Dec. 30.

LOGAN — Michael Cline, owner of the Hot Cup coffee shop in downtown Logan, is now officially the owner of the historic White and Browning building that houses the shop, and he has renamed the building Stark Tower.

In what Cline said has been a dream that’s been in the works for more than two years, the papers deeding ownership to him were officially signed Dec. 30. Later that day, Cline attached a banner with the words “Stark Tower” to the entrance above the engraved “White and Browning” lettering, officially renaming the 90-year-old building.

A classic Art Deco structure consisting of five stories, construction began on the building in 1927 and was completed in 1930. It is quite famous in Logan, with older residents recalling stories of the classic manually operated elevator, along with the custodians who operated it.

Many businesses have called the building home over the years, including taxi services, Girl Scout offices, lawyers, doctors, optometrists, dentists and realtors, just to name a few. Additionally, the building includes some ghost stories surrounding the infamous murder of Mamie Thurman.

The building has been home to Hot Cup since 2013 after it moved from its first location at Water and Dingess streets. Cline has also called the building home, residing in a suite just above the coffee shop.

With the building under his ownership, Cline said he plans to restore it to its former glory, one story at a time. Immediate plans are to board up the building’s open windows and start cleaning up the spaces on the ground floor for rent.

Once a floor is completely rented out and profitable, renovations will begin on the next floor up.

“There’s no way we’re going to let a beautiful building like this crumble, but we aren’t naïve,” Cline said. “This isn’t going to be a quick fix. It’s going to take decades. This building needs a lot of love to get her back into shape, but she’s built like a tank inside. She’s all steel beams and concrete from the top to the famous bomb shelter below.”

Cline plans to offer a mixture of business offices and affordable apartments for rent once it’s all said and done.

“We’re going to renovate one floor at a time, and, yes, eventually the elevator will be making a comeback — operator and all,” Cline said with a grin. “What we’re really excited about is the opportunity to provide jobs as we move along from the renovation stage to on-site security and maintenance work, to operators for the elevator. This has been a dream of mine that has been in the works for over two years, and it’s one I’m committed to, because not only does my coffee shop reside in this building, but it has also been my actual home for over half a decade, so I’m not just making sure our coffee shop always has a home as we bring back to life this beautiful structure, I’m also securing my own home.”

“I’ve never seen him work so hard for something, and I’m so proud of him for making this happen,” said Cline’s girlfriend, Gwendolyn Rainwater. “It’s going to be something really magical when it’s complete, but then, he always brings magic to this town.”

Have you or someone in your family received a COVID-19 vaccine yet?