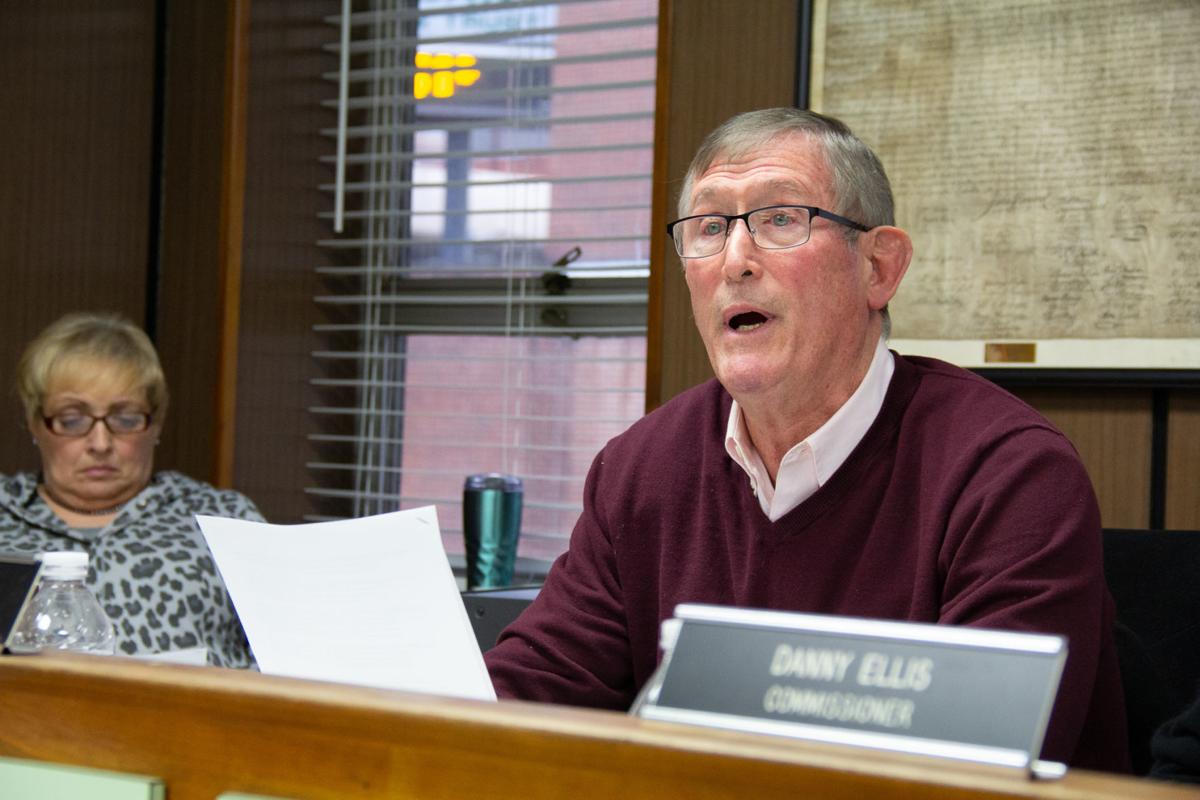 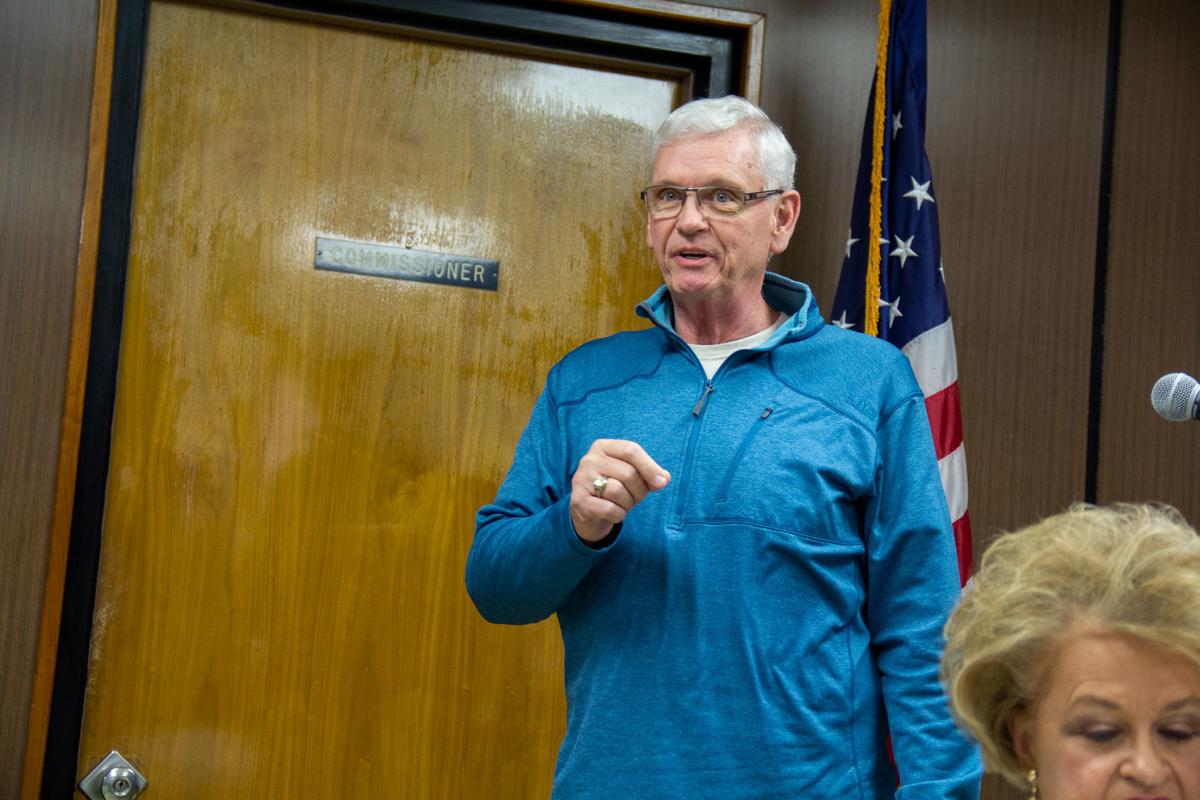 The resolution passed by the Logan County Commission on Friday, Jan. 24, 2020, to declare the county a "Second Amendment Sanctuary," was introduced by Roger Ramey, pictured speaking at the meeting. 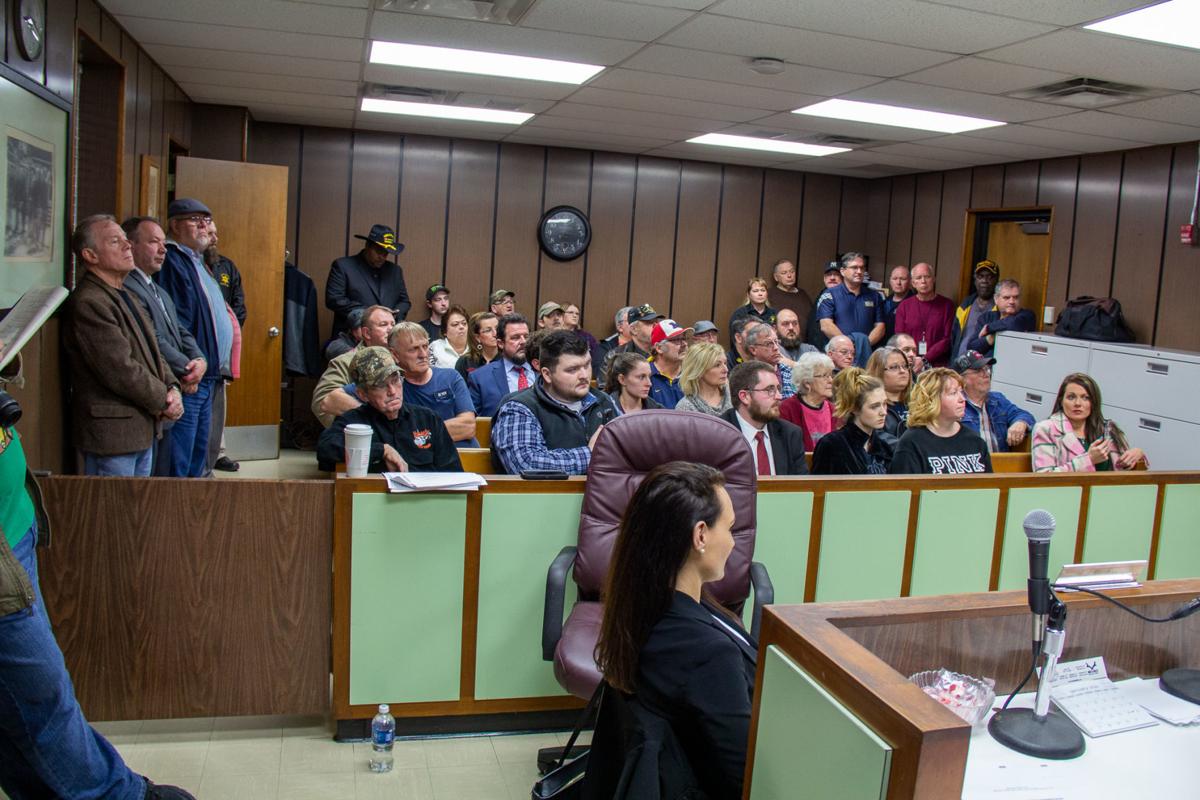 The Logan County Commission passed a resolution declaring the county a "Second Amendment Sanctuary" on Friday, Jan. 24, 2020, in front of a packed crowd. 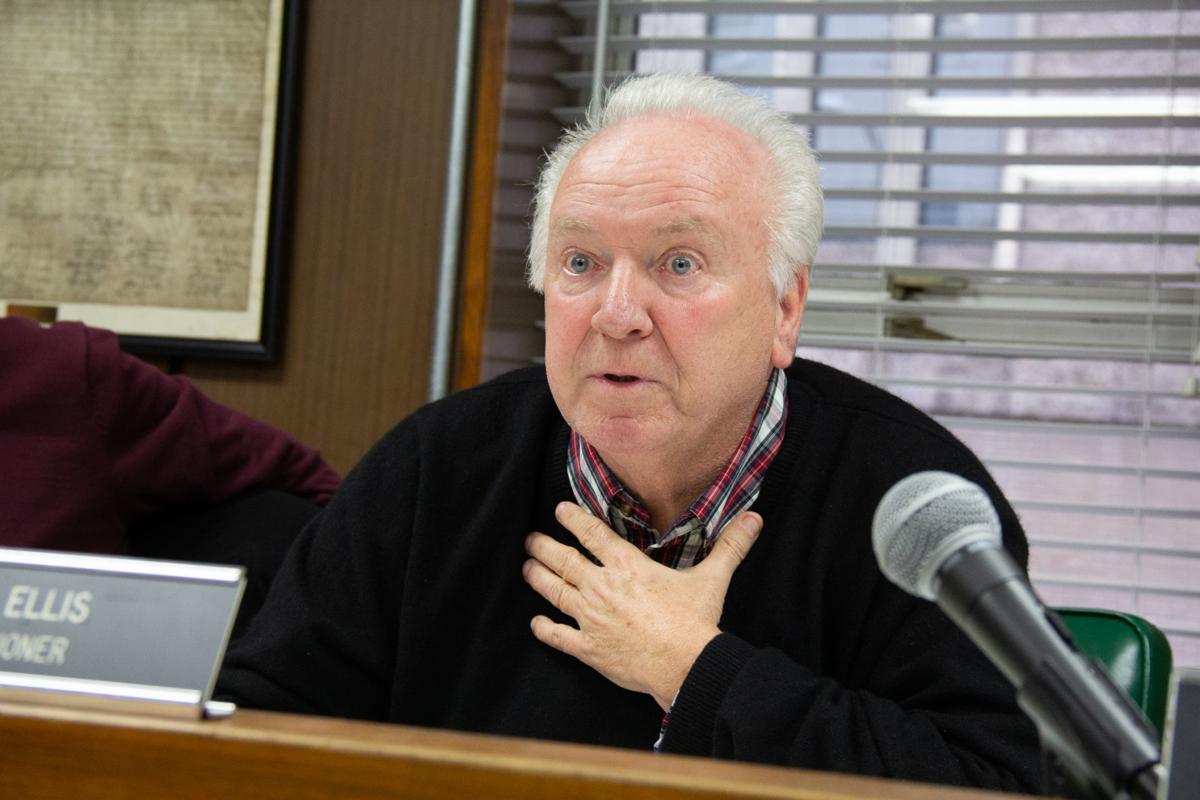 The resolution passed by the Logan County Commission on Friday, Jan. 24, 2020, to declare the county a "Second Amendment Sanctuary," was introduced by Roger Ramey, pictured speaking at the meeting.

The Logan County Commission passed a resolution declaring the county a "Second Amendment Sanctuary" on Friday, Jan. 24, 2020, in front of a packed crowd.

LOGAN — The Logan County Commission passed a resolution Friday afternoon to declare the county a “Second Amendment Sanctuary,” joining Putnam County, Preston County, Fayette County and the town of Fort Gay in Wayne County in approving such a designation.

The resolution was passed in front of a crowded commission meeting room that seemed near unanimous in support of it. The attendees largely consisted of local political leaders and candidates in the 2020 elections. Members of gun groups, such as the Coalfield Shooters Association and the Big Game Hunters Association of West Virginia, were also present.

The resolution was introduced by Roger Ramey, who served in the U.S. Air Force for two decades and now holds positions in several county organizations, including the Logan County Housing Authority, Redevelopment Authority and Airport Board. Ramey spoke of his service, which began in 1971 upon graduating from Logan High School, and the oath he took to defend the U.S. Constitution.

“There were 14 of us from Logan High School that graduated June 3, 1971. On June 10, we were in San Antonio, Texas, taking the oath to defend the Constitution of the United States of America — to defend our borders, to defend our people, to defend our way of life,” Ramey said. “To this day, this very second, no one has ever relieved me of that responsibility of that oath.”

The resolution, along with the others it joins in the Mountain State as well as in Virginia, are a direct response to proposals for stricter gun legislation in other states following recent mass shootings — particularly by Virginia Gov. Ralph Northam (D). According to a report in The New York Times, on Monday, Jan. 20, some 22,000 people — some of them armed — flooded the streets near the state capitol in Richmond in protest of the legislation promoted by Northam and Virginia’s Democratic majority.

The Times report also noted that the gathering was overwhelmingly peaceful, with only one arrest made and no major incidents or violence reported. Ramey used that news to promote the resolution, remarking that, “There’s an old saying that an armed community is a polite community.”

“Now, in the state of Virginia, the governor is even after the First Amendment,” Ramey said, “and if you don’t do your history … if you don’t study history, you’re bound to repeat history; and if you look at all the governments that have overthrown the peoples’ rights and what-not, they started by making the them defenseless, and now the governor of Virginia is wanting to even pass an ordinance or a law or whatever that you can’t bad-mouth a politician. Who in here has never bad-mouthed a politician?”

Before reading the resolution aloud, Commission President Danny Godby affirmed his support for gun rights and less gun legislation, noting that he is a member of the National Rifle Association (NRA) who holds a concealed carry permit. Godby said the “problems in Virginia” and “the problem within our country” began over 50 years ago with the late Madalyn Murray O’Hair, an activist in the 1960s who advocated for separation of church and state.

“She fought to take prayer out of school,” Godby said. “You know, at that point in time, there was no gun problem, no people getting killed in schools. All you had was probably a good fight between some boys or even girls sometimes, they’d do that, but no problems at all, because God was a part. He was instituted within the system.

“She, through her culprits and whoever else it was — not many people, fought to get prayer out and left God alone … took him out,” Godby added. “So, all we got now is a lot of hate, a lot of devilish people, that are contrary to these things that we established as pro-America. We’re strong Americans here … as long as God is a part of something, it’s going to prosper. When he’s no part of anything, things are going to decay and fumble and be dissolved.”

Godby then read the resolution, which spans over two pages, out loud. Afterward, commissioner Danny Ellis chimed in, noting that he is a former NRA member who stands strong with gun rights.

“Let me assure you today, with every ounce of my being that I can assure you, if anybody actually comes in here looking for a fight, there is no fight here today concerning the Second Amendment. I assure you that. None,” Ellis said. “I’m still one of those people that holds dear the fact that the basic tenants of the foundation of this country, part of it, is founded under our Second Amendment: the right for a private citizen to own a gun. That is your right. That is your God-given right. That is not a right that should be given to you by some government.”

Ellis said Chris Browning, a local gun advocate who is an employee of the county at the Logan County Animal Shelter, approached him several weeks ago about passing a resolution. Ellis said he didn’t feel it necessary at first, but noted that it’s important for Logan County’s citizens to know that their officials oppose gun control legislation.

“You support people — I’m not telling you who — but, if the Second Amendment is part of the values and part of what you believe in … we have historically let people slide by,” Ellis said. “You don’t know half of what they believe, but yet, they’ve managed to find their way in certain public offices, only to find out later, ‘I didn’t know they felt this way.’ ”

The resolution was passed in a 2-0 vote by Godby and Ellis. Commissioner Willie Akers was not present.

During public comments later in the meeting, Eddie Lawson, president of the Big Game Hunters Association of West Virginia, said he and his membership stands firm with the commission’s decision. Chapmanville area citizen Douglas Smith, 77, spoke in agreement with Godby’s earlier comments about Madalyn Murray O’Hair, saying, “Look at the damage just one person done to our nation in taking prayer out of schools.”

Do you think the West Virginia Legislature should allow a vote in the November general election where voters would decide whether to phase out some personal property taxes, which add more than $300 million in funding to local governments statewide?