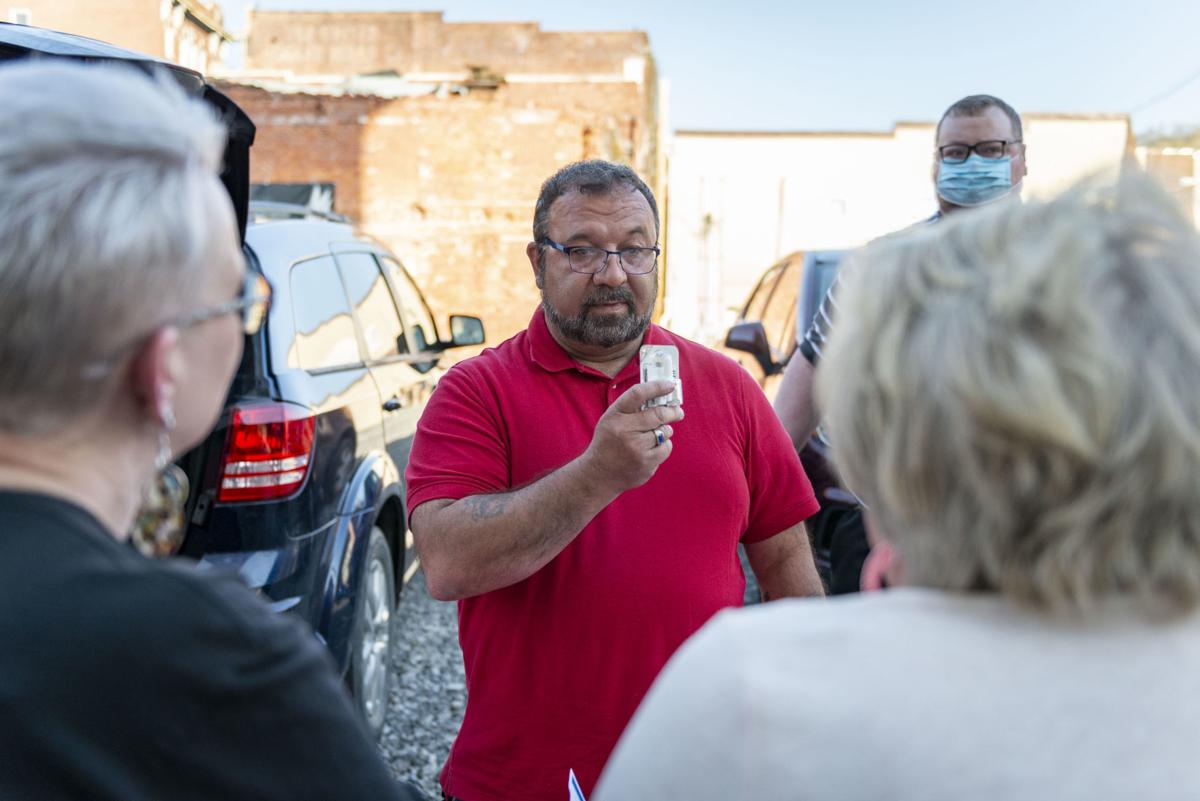 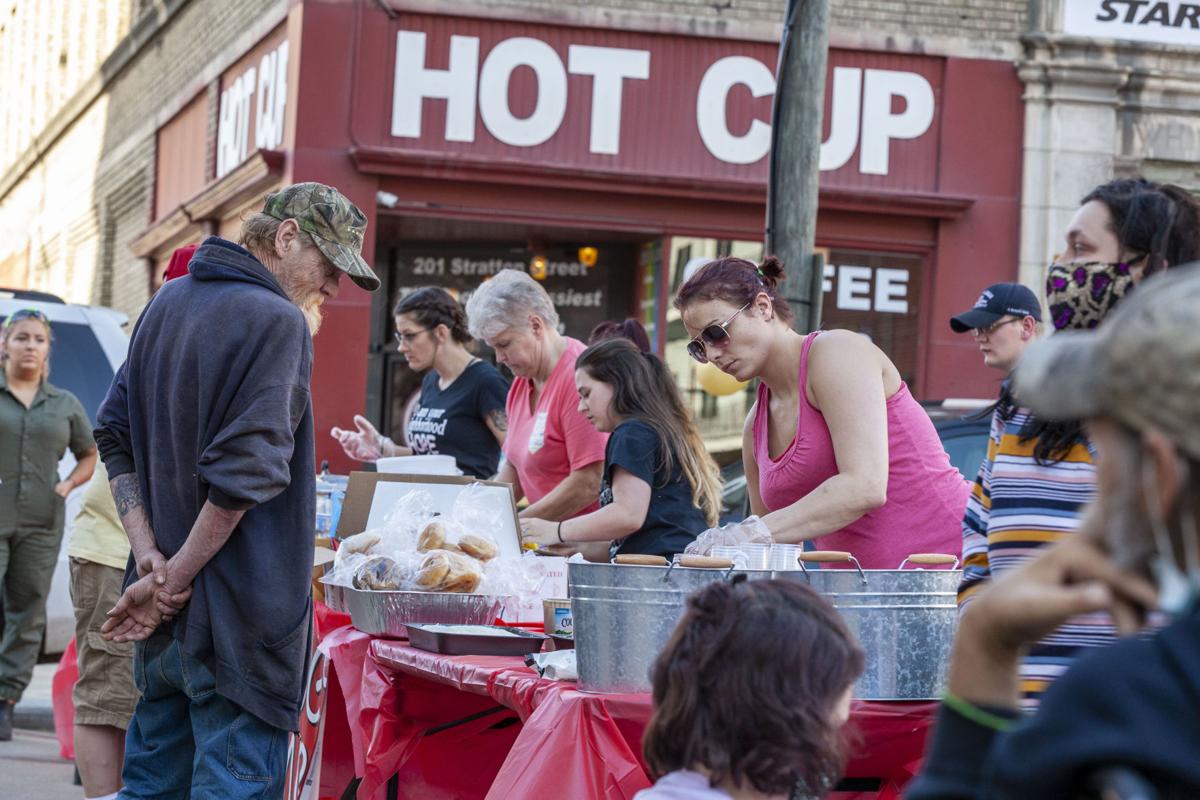 A free food table was set up during a drug awareness resource and worship event in downtown Logan Friday evening, April 9. 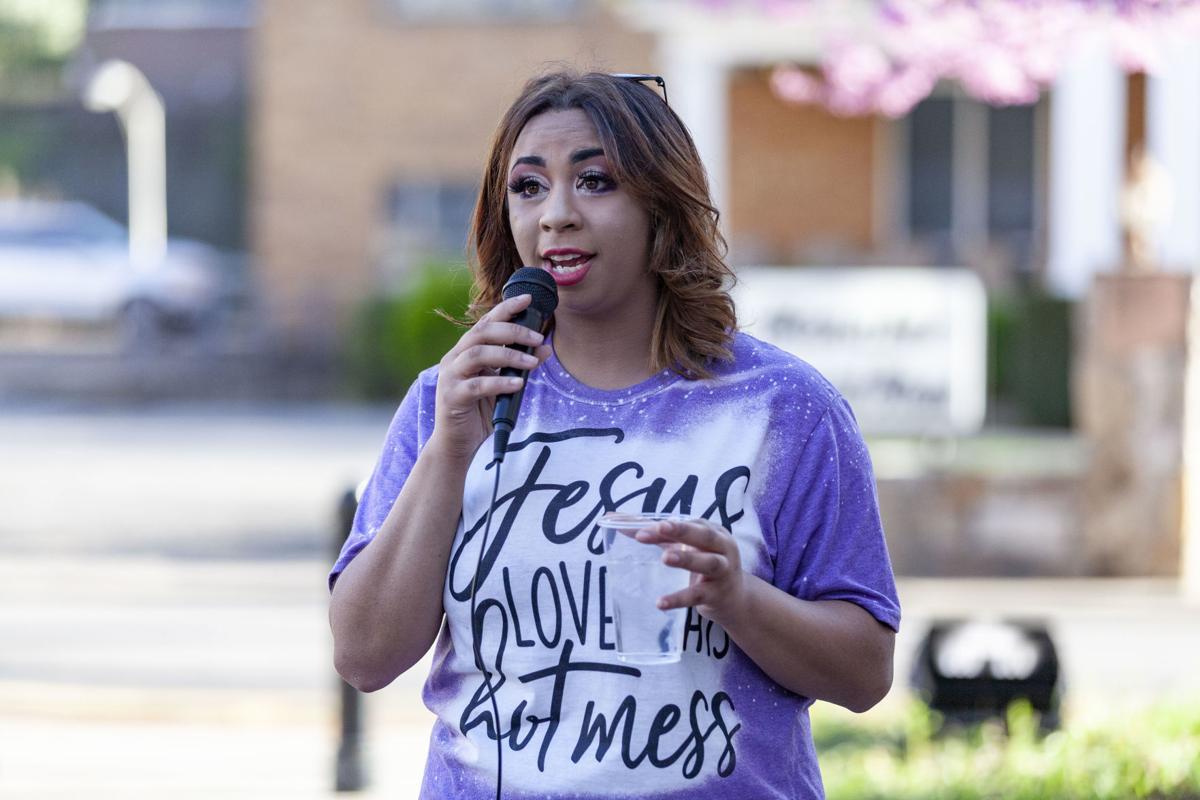 Asia McCants, one of the event's organizers, speaks during a drug awareness resource and worship event in downtown Logan on Friday, April 9.

A free food table was set up during a drug awareness resource and worship event in downtown Logan Friday evening, April 9.

Asia McCants, one of the event's organizers, speaks during a drug awareness resource and worship event in downtown Logan on Friday, April 9.

LOGAN — The square of the West Virginia State Building in downtown Logan was filled with local residents Friday evening for a drug addiction and awareness event centered on religion.

The event, which was called D.A.R.E. to Care, was similar in nature to the community worship events held in the same location each Monday. One of its organizers, Asia McCants, said she hopes to offer the events each Friday and Monday from now on.

McCants, along with others including Hanna Wooten and Marti Dolin, collaborated with the Logan County Prevention Coalition for Friday’s gathering.

“We do it on Mondays, and one of the preachers came to me and said, ‘I think you would be perfect to start doing it on Fridays,’ and I went to the Dollar Tree to get stuff for the homeless for that Monday, and I ran into a woman who was passing out, and she started praying, and the Lord asked me to see what was going on with her, and I did, and she just wanted to get in rehab and she wanted to get her life straight, and me and (Sharon Moorhead) did that together, and I just thought, ‘How cool would it be to hold an event just for that?’ ”

Moorhead, who is the coordinator for the Logan County Prevention Coalition and an employee of Prestera, spoke at the event and had a resource table set up for drug recovery information. John Kangas, program manager for the county’s Quick Response Team, was on hand for free Naloxone training.

“We just wanted to bring awareness for prevention and addiction,” Moorhead said. “It’s bringing some help and hope to Logan County that’s needed in all areas, so we teamed up with several other people and brought out some resources.”

Free clothes, personal items and food were provided. Several individuals who have gone through the drug recovery process, or are in active drug recovery, took to the microphone to share testimonies and experiences. Dennis Gordon, a pastor of a church in the Proctor Bottom area of Amherstdale, gave a powerful testimony about his fall from business ownership to homelessness and crack addiction to his rise to pastoring.

“He used to own a half-a-million business, dropped it all over addiction, you know?” McCants said, “and he came at a point in time in his life where he was just like, ‘You know what? This ain’t for me. I don’t want this,’ and he repented his sins, gave his life back to the Lord, and now he’s preaching … never thought he’d be a preacher. God put that on his heart.

“He was homeless, had nowhere to go, and all he knew was crack-cocaine,” McCants said. “That’s the thing with everyone that gave their testimonies. They speak volumes to people.”

Another individual who gave a powerful testimony was Alexis Jones, who was arrested and jailed just four months ago for fentanyl possession, but is now clean. Married couple Chris and Kristy Baker, who serve as recovery coaches in the Logan area’s two recovery homes, told their story of being from two different places in West Virginia but meeting while in recovery in Logan.

Looking forward, McCants said she will continue to work with the groups, as well as her church, Omar Church of God, and whoever else she has to in order to bring more awareness to the county.