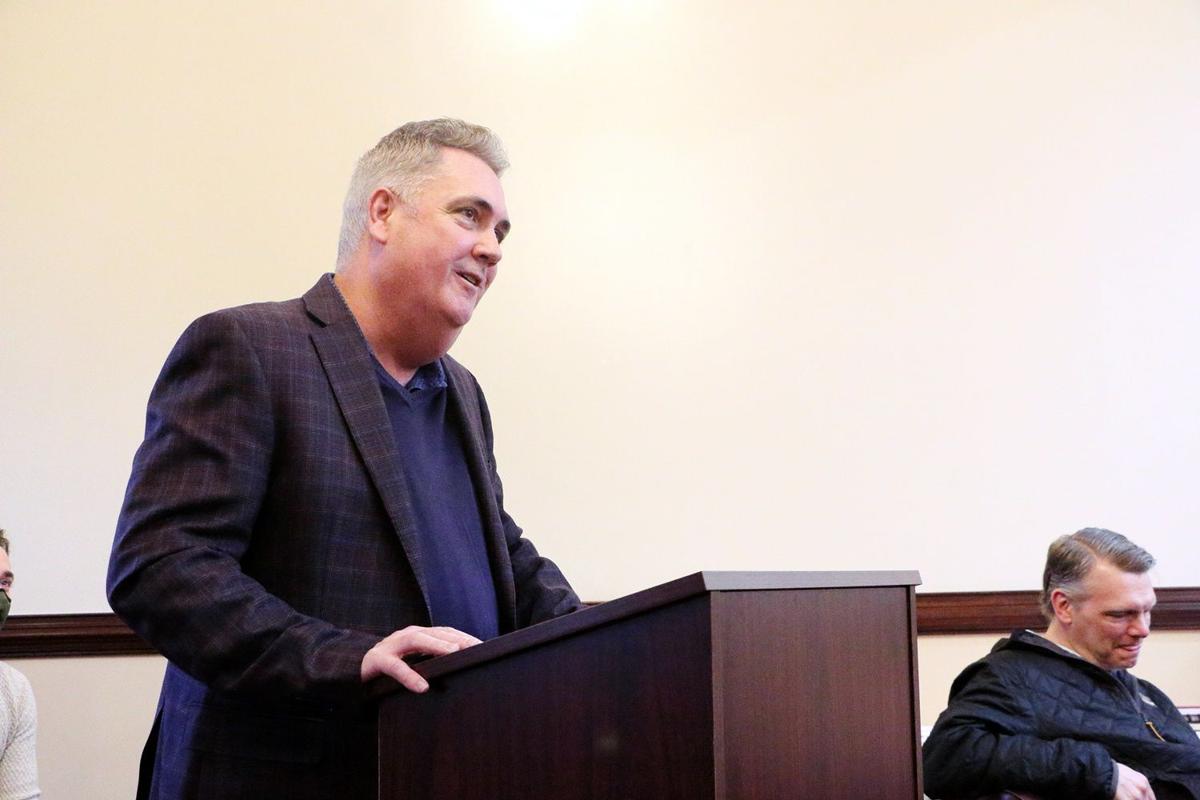 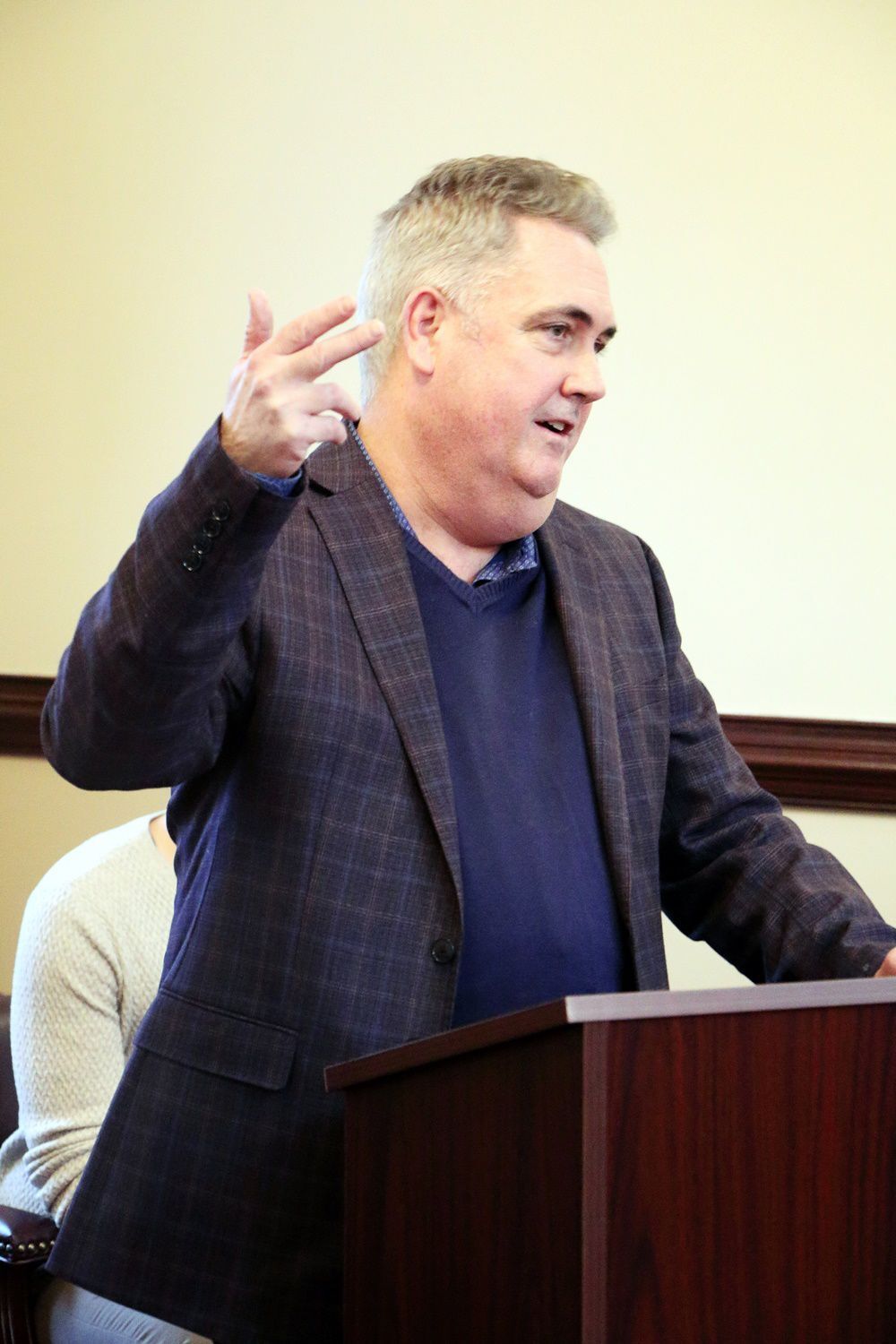 LOGAN — A representative from a national engineering and planning firm was at the Logan City Council meeting Tuesday, Feb. 9, to discuss the process of enacting a zoning ordinance within the city’s limits.

David Gilmore, PLA, MBA, of GAI Consultants, a national engineering firm, outlined the process for enacting an overall comprehensive plan for bringing zoning into Logan. As discussed by the city’s special counsel Paul Ellis during January’s meeting, Gilmore noted that the big step in enacting a zoning ordinance is having an overall comprehensive plan, which is a legal requirement under state law.

“Basically, and not to get too deep down in a hole about it, but it’s essentially a roadmap for a town or a municipality or a county or a state or any entity who decides to do, in your case a city, who decides to do any kind of plan,” Gilmore said. “The reason that came up is because, although zoning is important, you can’t just do zoning in a back room. You can’t do zoning without a comprehensive plan.”

A native of Logan, Gilmore is the director of landscape architecture in GAI’s Community Solutions Group, which he referred to as a subset planning arm of the firm that helps entities with projects like zoning. He works out of GAI’s Charleston office.

“We’ve done plans for towns as small as Logan and Bluefield to a lot of work in Charleston, and we’re currently working with the cites of Orlando and Atlanta,” Gilmore said. “We bring a small-town kind of idea to things and also the sort of national view on things to what’s going on in some larger cities. You kind of get the best of both worlds.”

Gilmore said there are four major components to a comprehensive plan:

1. Getting a handle on existing conditions in the city, which means outlining things like existing transportation networks, demographics, housing, current land usage, economics and recreational opportunities.

2. Outlining specific goals and objectives of what the city wants to achieve over the next five to 10 years.

3. Implementation strategies for both short and long term plans, including establishment of a planning commission consisting of several people within the city’s general population — usually one council member and several other citizens from the city.

4. Outlining of a land use plan, such as expanding city limits and designating what is agricultural, recreational, residential and so forth.

City fire chief and code enforcer Scott Beckett has previously said at meetings that a zoning ordinance would allow Logan to better regulate what parts of the city are reserved for residential purposes or business, saying in June 2020 that the city “can’t have houses on street level in a commercial zone.”

“All this information that you get in those first three pieces drives the land use plan, which is the actual piece that ends up with your first zoning code,” Gilmore said.

Gilmore provided council members with documentation of a variety of services offered by GAI, as well as documents from zoning plans that were passed in Charleston, noting Paul Ellis’ involvement in those plans when he served as their attorney under former Mayor Danny Jones.

Gilmore cited projects involving the Charleston Civic Center, the Hadaad Riverfront Park, the bike trails and a library currently being built as a few examples of projects resulting as recommendations from their zoning plans. He said comprehensive plans often work best when they include such project-specific goals.

“Ultimately, you want to get those strategies adopted, but if you don’t actually see tangible results in projects that start to spin out of it, then we don’t see or consider it a success,” Gilmore said, “because the public needs to see that. They need to see projects and how it starts to change a town, and that’s the important thing, that those projects start to spin off and get completed over the years. That’s the ultimate goal, to build and improve your town.”

Gilmore said it will likely take around nine to 12 months to get the city’s first zoning document put together. As outlined by Ellis at last month’s meeting, the process would require involvement from different entities and businesses in the city, as well as public meetings and workshops with residents.

If a zoning ordinance is passed in Logan, Gilmore recommended updating it after five years, since it would be Logan’s first time passing one. After that, he said, the general rule of thumb is to revisit and update plans every 10 years.

When asked by Mayor Serafino Nolletti how much GAI’s services would cost the city, Gilmore said payments are completed in terms of how much percentage of the project is complete. He said plans have cost anywhere from $50,000 to six figures for larger cities, noting that Logan would be on the lower end of the cost spectrum.

Ellis asked Gilmore to bring a more detailed proposal outlining terms, conditions and other factors to a future council meeting, which he agreed to do.