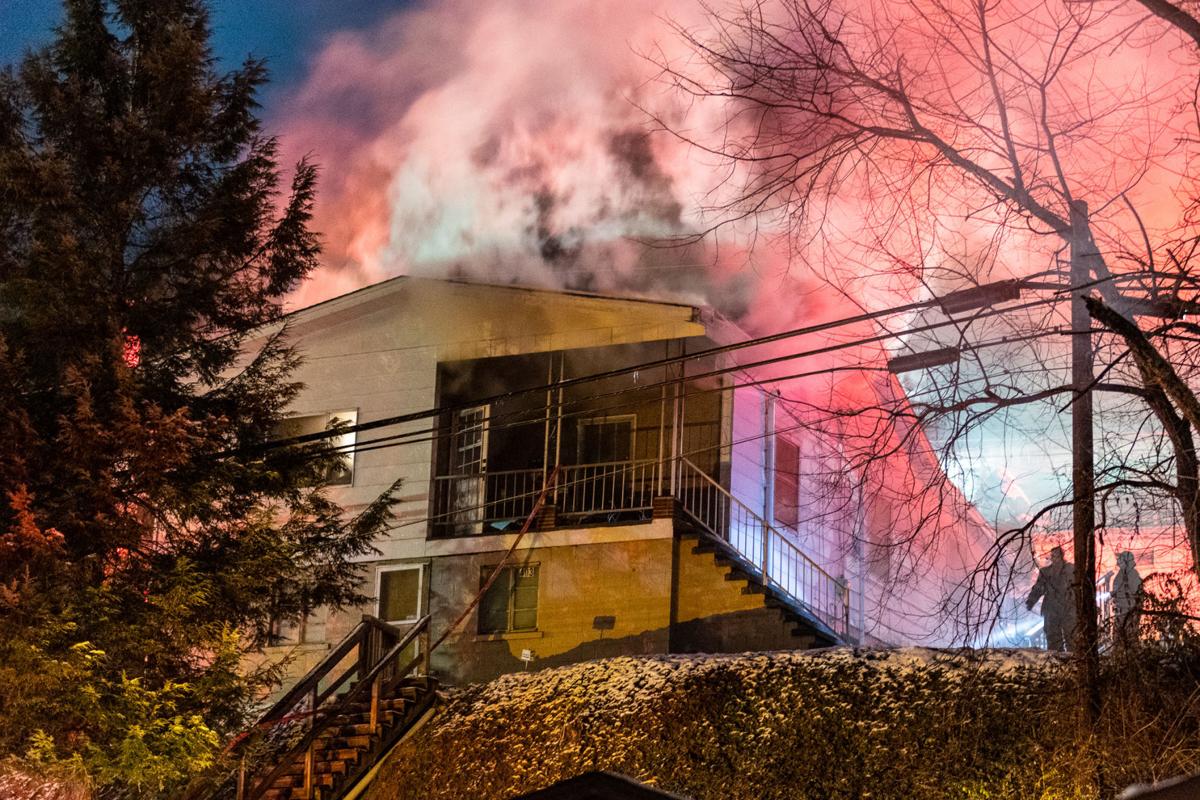 Firefighters battled a house fire along Holden Road near the Whitman Junction ramp on Thursday, Jan. 28. 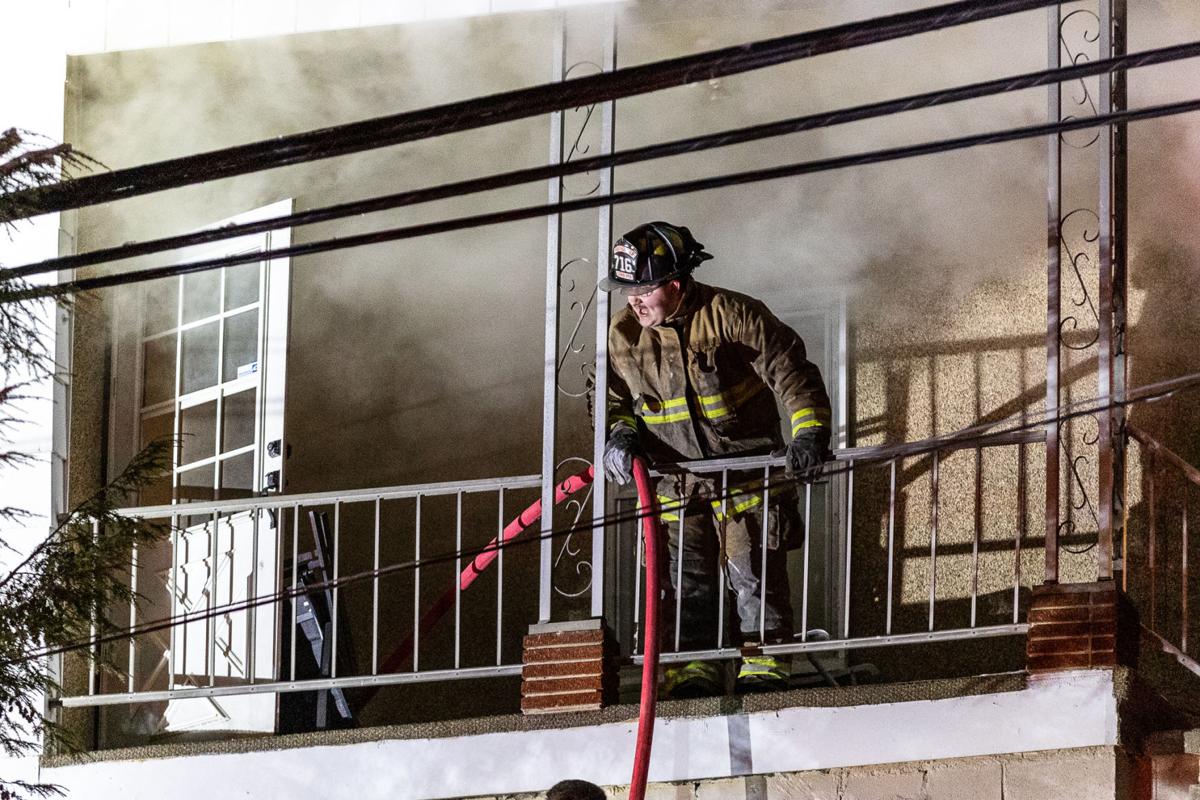 Cora Volunteer Fire Department firefighter Preston Hepler relays a message to another firefighter while standing on the porch of the house.

Firefighters battled a house fire along Holden Road near the Whitman Junction ramp on Thursday, Jan. 28.

Cora Volunteer Fire Department firefighter Preston Hepler relays a message to another firefighter while standing on the porch of the house.

HOLDEN — Firefighters from the Cora and Verdunville volunteer fire departments responded to a house fire Thursday evening near the Whitman Junction ramp along Holden Road.

Firefighters first began arriving at the scene around 8:40 p.m. Thursday.

According to Preston Hepler of the Cora VFD, the homeowner received an alert on his surveillance cameras that an alarm was going off, and when he checked his cameras, he could see smoke in the house, so he called 911. Hepler says a rug near the floor furnace caught fire.

The rug then caught the wall and ceiling on fire along with the floor. The furnace eventually fell to the basement, and firefighters were then able to completely extinguish the fire.

“It was a tough one because the house had no easy access because it was on the side of a hill,” Hepler said. “That’s why I was on the porch. I was relaying messages and pulling the hose up the hill and holding so the firefighters inside weren’t fighting the hose.”

Firefighters knocked the fire out relatively quickly, which Hepler said saved the structure and caused damages that are repairable if the homeowners decide to do so.