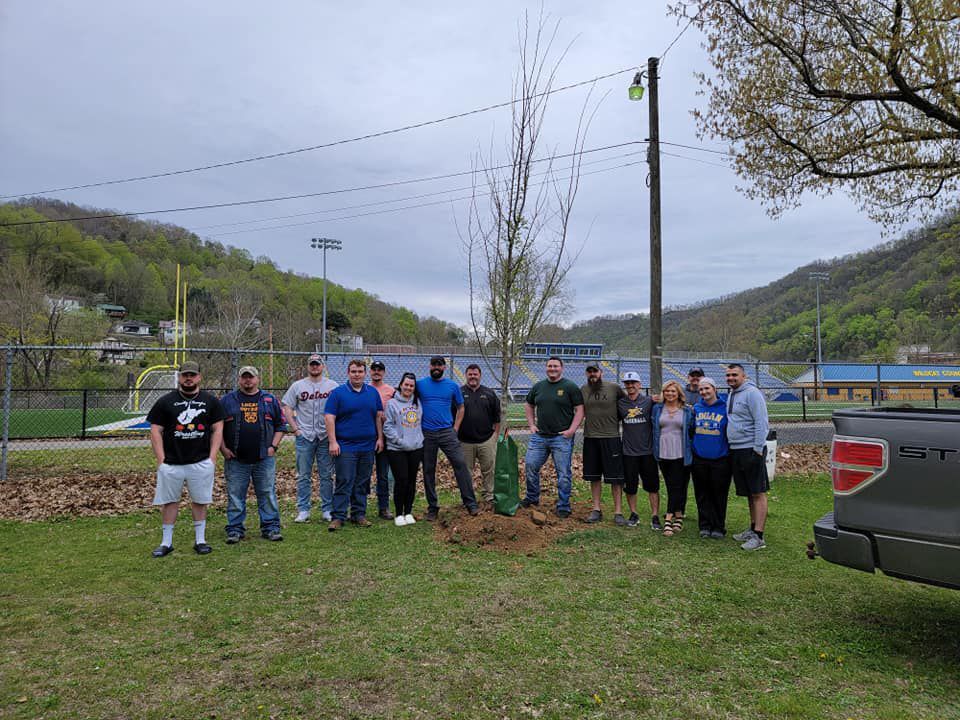 Friends of Teddy Nelson gather after planting a tree on Midelburg Island in his honor on Sunday, April 11. 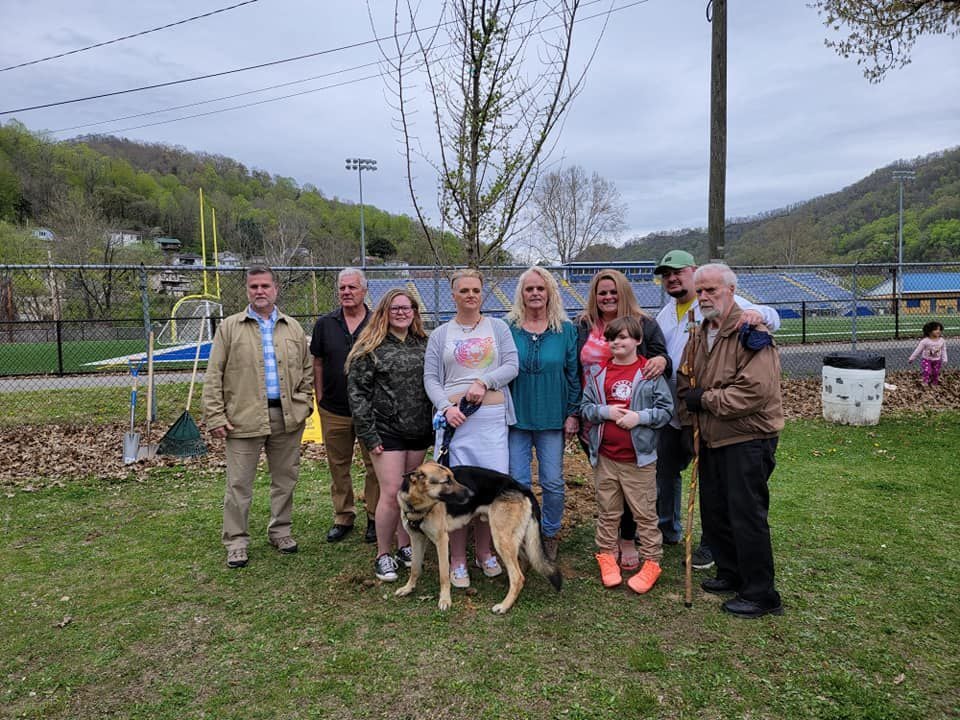 Friends and family members of Teddy Nelson pose for a photo on Midelburg Island on Sunday, April 11. 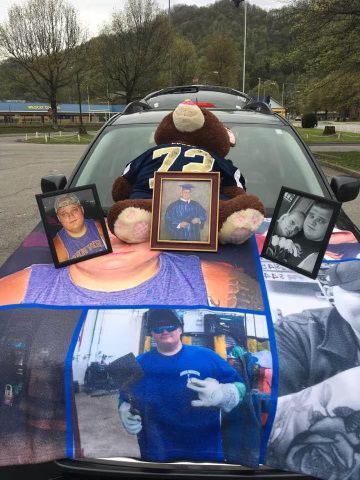 A vehicle with a quilt depicting photos of Teddy Nelson, framed photographs of Teddy Nelson and a teddy bear with his jersey number is seen during a gathering on Midelburg Island to honor his life on Sunday, April 11.

Friends of Teddy Nelson gather after planting a tree on Midelburg Island in his honor on Sunday, April 11.

Friends and family members of Teddy Nelson pose for a photo on Midelburg Island on Sunday, April 11.

A vehicle with a quilt depicting photos of Teddy Nelson, framed photographs of Teddy Nelson and a teddy bear with his jersey number is seen during a gathering on Midelburg Island to honor his life on Sunday, April 11.

LOGAN — Several family members and friends of Teddy Nelson gathered on Midelburg Island near Logan High School Sunday afternoon to celebrate his life, one year after his untimely death from complications of the coronavirus.

Nelson was 25 years old when he died on April 11, 2020. He was Logan County’s first virus casualty and only the sixth or seventh statewide at the time, depending on conflicting reports.

Nelson battled the coronavirus for nearly two weeks, spending his final days in isolation on a ventilator at Logan Regional Medical Center. He made his last post on Facebook on March 28, 2020, in which he asked for prayers and said, “I just want to feel better.”

A group of close relatives and friends including former classmates and coaches gathered on the anniversary of his death Sunday near Logan High School, where he graduated in 2013 and played for the Wildcat football team as an offensive and defensive lineman. The group set off balloons in his honor and planted a tree dedicated to him. Some vehicles were covered with large quilts depicting his photo, photographs in frames and teddy bears wearing his jersey number.

Among the crowd was his mother, Nikki, who contracted the coronavirus at the same time her son did, and his sister, Megan, who continually updated the public on his condition throughout his battle. His beloved dog, Kane, was also there.

In the year following Nelson’s passing, Logan County, along with virtually everywhere else in the world, has been ravaged by the COVID-19 pandemic. On the day he died, the county had a total cumulative recorded amount of eight cases — that number is now 3,028 as of Monday, and 83 total county residents have died from complications.

As vaccinations and immunity continues to take hold, however, Logan County continues to see dwindling cases compared to surges that were recorded in the summer and late fall months of 2020 and the early winter months of 2021. As of Monday, the county had 47 active cases of COVID-19, down from last Tuesday’s count of 74, but up just slightly from Friday’s 45 active. As of Monday, 2,898 people had recovered and nine people were hospitalized.

Overall, Logan County is now adding less than 10 cases per day for the most part. From Friday to Monday, there were eight cases added, and from last Wednesday to Thursday, three were added over that one-day span.

For more information about getting tested or vaccinated, the Logan County Health Department can be contacted by calling 304-792-8630. Residents may also pre-register for a vaccine on the web at http://dhhr.wv.gov.

According to the West Virginia Department of Health and Human Resources, there were 7,347 current active cases of COVID-19 statewide as of 10 a.m. Tuesday, which is 493 more than this time last week. Of those cases, 328 were received over the previous 24 hours, for a 4.16% daily positivity rate, higher than last week’s 3.42%.

There have been 146,790 cumulative cases recorded statewide, which is an additional 2,780 cases from this time a week ago. There have been 2,747 deaths; two of those deaths were recorded over the previous 24 hours.

For vaccines, 665,930 total first doses have been administered with 465,793 West Virginians fully vaccinated.