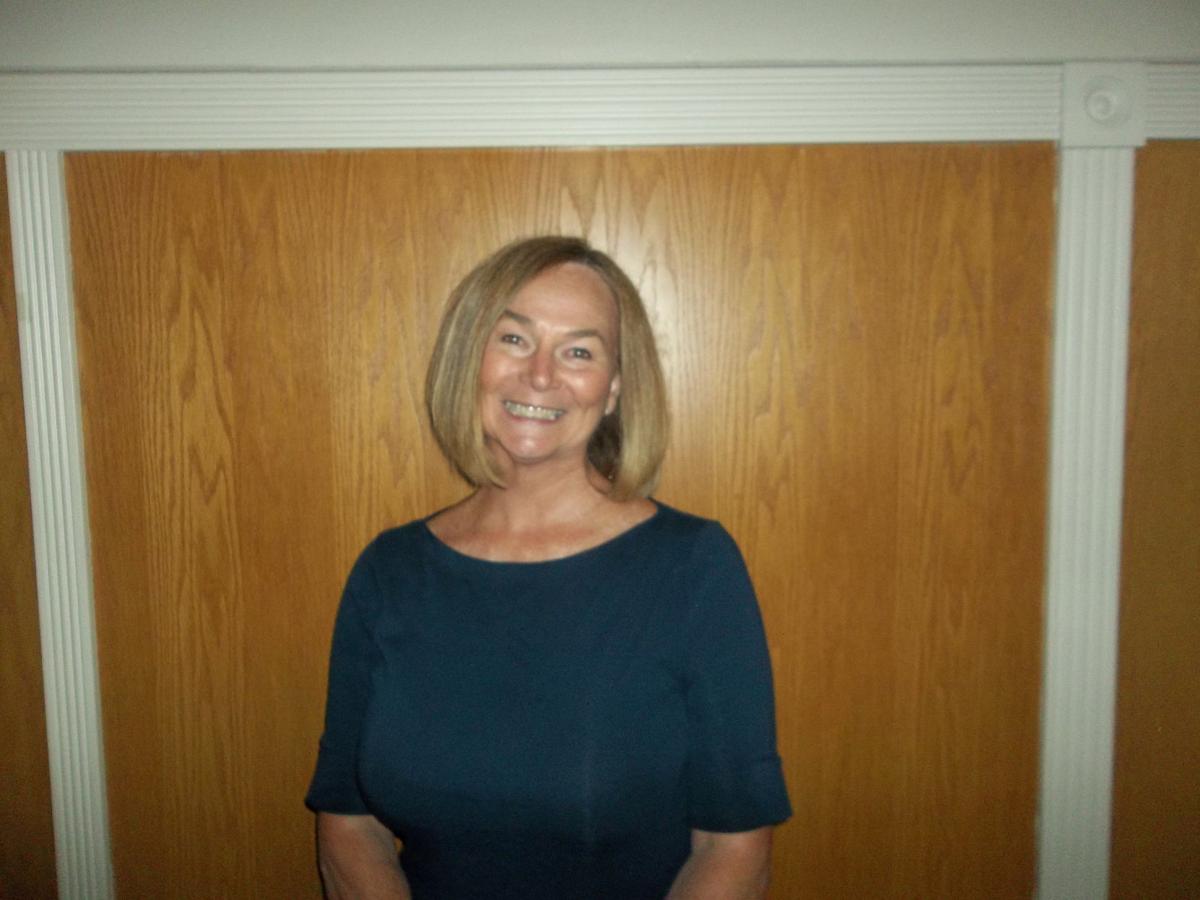 Chris Wood/For the Logan Banner Local playwright Joyce Robertson's play "Mamie" will be presented at the Coalfield Jamboree in October. 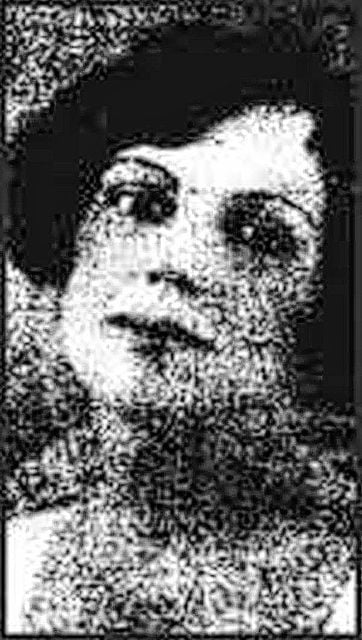 Chris Wood/For the Logan Banner Local playwright Joyce Robertson's play "Mamie" will be presented at the Coalfield Jamboree in October.

For The Logan Banner

LOGAN - Many Logan area residents have heard about the brutal murder and attempted disposal of Mamie Thurman (1900-1932), a young woman originally from Louisville whose remains were discovered by Garland Davis, a young deaf-mute, on 22 Mine Road in Holden on June 22, 1932, about 7 miles from Logan. Her ghost is said to continue to haunt that area.

For the past 87 years, many have conjectured about who murdered Mamie and tried to hide her body. A book, "The Secret Life and Brutal Death of Mamie Thurman," was written in 2007 by local author and historian Keith Davis of Chapmanville. There is also a page devoted to Mamie on Wikipedia.

Now there is a play about this greatly misunderstood and mysterious woman. It's aptly called "Mamie," and it was written in 2015 for the stage by Joyce Robertson, secretary of The Aracoma Story. "Mamie" premiered in June that same year at the Liz Spurlock Amphitheatre, where it was plagued by rainouts.

This October, however, The Aracoma Story will present "Mamie" at the Coalfield Jamboree at 308 Main St., in downtown Logan. It will be directed by The Aracoma Story president Diana O'Briant, who has drafted a cast.

Coalfield Jamboree audiences won't have to worry about bringing a raincoat with them, and they'll be able to watch the play and come up with their own conclusions about who murdered Mamie. Could it have been Harry Robertson, a banker at Guyan Valley? His housewife, Louise? Clarence, their handyman, who had a crush on Mamie that went nowhere? Or could it have even been Jack Thurman, Mamie's husband, who probably heard a lot about his wife?

Was Mamie a social climber who rubbed elbows with elite townsmen in order to get ahead in her life and away from her husband, whose salary as a night policeman wasn't enough for her? Or was she a sex worker, who waited for Jack to go to work so she could make her own living?

The inspiration for "Mamie" came during a conversation between Joyce Robertson and Cindy Armstrong, vice president of The Aracoma Story.

That night she went home and Googled everything she could find on Mamie.

"I went to the library and read everything I could find, which isn't much. There's not much out there. Or there wasn't back then. Then I went to the college and looked up all The Logan Banners and read those articles, and I just started writing. And I probably finished it in two months."

Initially, all Robertson had known was that Mamie Thurman had been a murdered and was supposedly a ghost.

Robertson describes her play as the true story of a grisly murder and a question about who really did it.

"It was just so interesting to me," Robertson said. "I joked that she rode home with me. I couldn't get her out of my head."

When asked who committed the murder, Robertson said, "It's changed. When I first started writing it, I kind of thought maybe Harry (Robertson). I never thought for a second Clarence did. I kind of do believe that he had something to do with helping get rid of the body. I think he was used. And then I started thinking Jack (Thurman) because he was a city policeman who worked the night shift. And I thought, 'How could he not know what she did every night?' This is a small town. Now Logan was a big deal back then. It was a booming town. Some stores stayed open late until after midnight. Still, it's not that big of a town. If he's a town cop, he's going to know where his wife is, I would think. Some of the time, anyway."

Harry Robertson worked for Guyan Valley Bank, where he met Mamie. He allowed Jack and Mamie to reside in a small two-bedroom apartment over his garage in the back yard. Clarence Stephenson, an African American who did odd jobs for the Robertsons, resided in their attic.

On the night of the murder, which allegedly took place at the Robertsons on the evening of June 21, 1932, Robertson allegedly killed Mamie during a heated argument. He ordered Stephenson to load Mamie's corpse in his car and dispose of her body on 22 Mine Road. Robertson told investigators that he and Stephenson had been using the car to go fox-hunting with his dogs, but that alibi soon fell apart when toxicologists learned that the blood found in the car wasn't canine but human.

Both Robertson and Stephenson were arrested and taken to jail. Because his life was endangered for being an African American and being accused of having something to do with a white woman's death, Stephenson was transported to Williamson, where he remained during the duration of the trial. Robertson, on the other hand, bonded out. It's no surprise that given the time and place, Stephenson was found guilty by an all-white jury.

Stephenson was sent to Moundsville Penitentiary on Aug. 22, 1934. On June 11, 1939, he was transferred to Huttonsville Correctional Center, where he died of stomach cancer on April 24, 1942. He was buried on the prison farm on May 2, 1942, almost 10 years after the death of Mamie Thurman. To his dying day, he never revealed who had killed Mamie.

Harry Robertson, who had friends in high places, got away with murder, while Clarence Stephenson took his secret to the grave. Case closed, right? Maybe not.

"First of all, about Jack," said Joyce Robertson. "The thing that makes me think he had something to do with it is because I found out later - even after I wrote the play - that he came home from work that morning, realized she had not been home, had not slept in the bed, made a halfway effort to find her, couldn't, goes home and goes to bed and goes to sleep at 10 o'clock.

"If your wife that you truly love is missing, that's going to be hard. It's not like he was not used to staying up all night. He was certainly used to being up all night. That was his shift. And so for him to just go home and go to sleep feels strange to me. But then I also think there's the possibility that Louise (Robertson) had something to do with it because Mamie had something on her. They started out as friends, and of course she found out about the affair, or she said she felt something. She had an intuition. And then they quit being friends until Mamie died. A woman scorned can do some mean things, and maybe Clarence liked Louise. He lived in her house, after all. Maybe he helped her. I don't know. She's a very good possibility, too."

"I think when the audience comes to see Mamie, they're going to walk into the historic Coalfield Jamboree Theatre, and they're going to walk back in time," Robertson said. "I hope that's how they feel. And I hope when they sit down and they watch it that they might emerge thinking a little differently. That's what I hope for. The play is written so that everybody can come to their own conclusion. Because nobody really knows."

For more information about "Mamie," call The Aracoma Story office at 304-752-0253 or visit The Aracoma Story, Inc., on Facebook. The Coalfield Jamboree can be reached at 304-792-2900 or www.thecoalfieldjamboree.org.

Joyce Robertson has written another play, this time about the Battle of Blair Mountain. It's titled "Coal," and it's about one family's ordeal during the largest labor uprising in United States history and one of the largest organized armed uprisings since the American Civil War.

The play also took second place in the stage play category of this year's West Virginia Writers Annual Writing Contest. Will "Coal" make its onstage debut in Logan one day? That remains to be seen. But like "The Aracoma Story," "Mamie" and "Deadly Divide," "Coal" also deals with themes indigenous to the area.

"I'd love for it to be produced on The Aracoma Story's stage down at the park," Robertson said. "It would be ideal. A lot of gunfire and explosions and fighting."