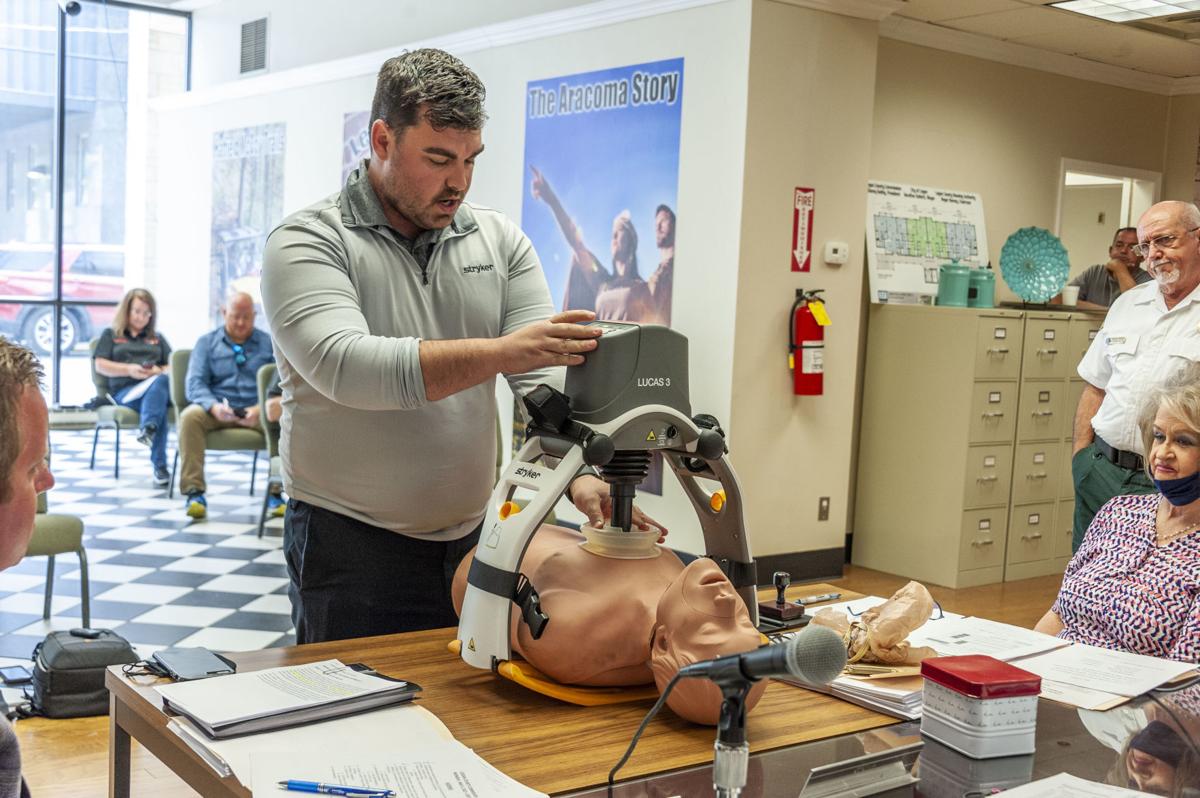 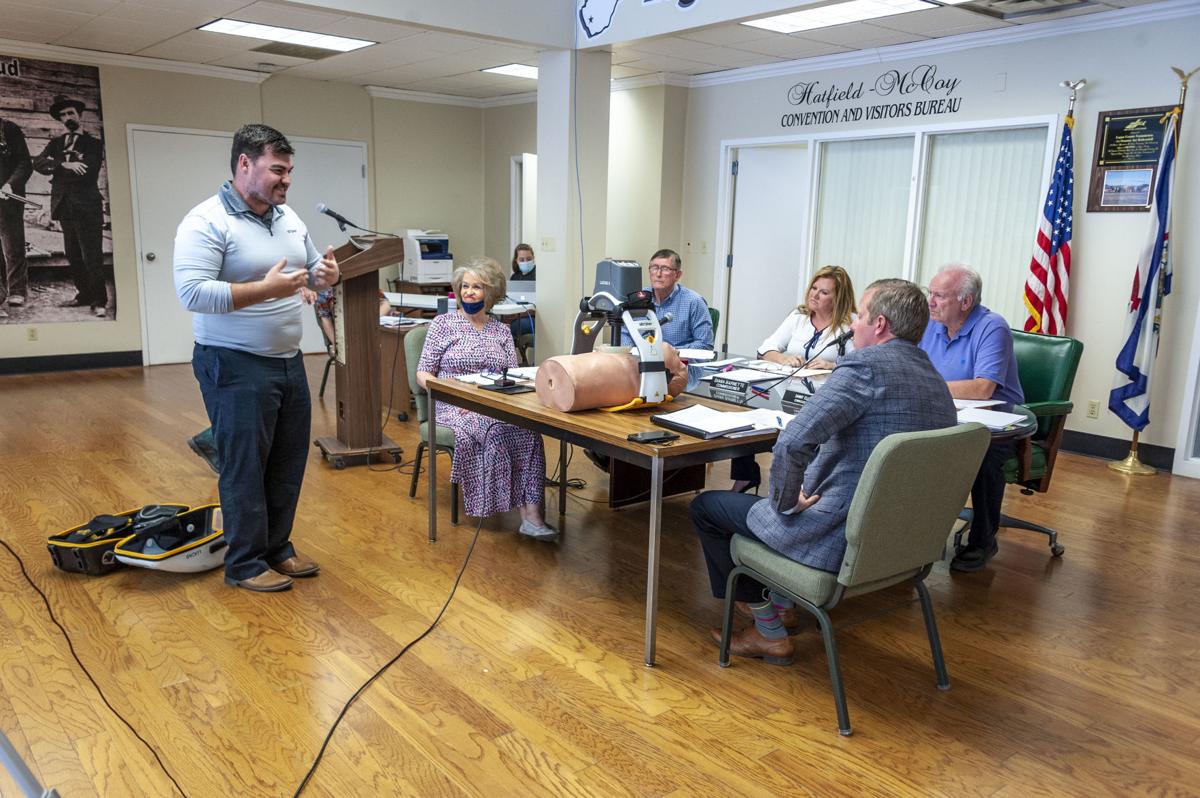 LOGAN — The Logan County Commission on Monday received a demonstration of an automated CPR device that may become available to the county’s emergency services, thanks to money from the American Rescue Plan.

Austin Long, a sales representative for the Stryker medical devices corporation, demonstrated the LUCAS 3 chest compression system, which provides perfect CPR compressions to someone in critical need. The device is easily portable and has no weight limit, Long said.

The LUCAS 3 devices are already in use in other parts of West Virginia, such as Charleston and Beckley, Long said. He said the devices will add additional safety for paramedics.

“Your paramedics are going to be safer,” Long said. “As you guys know, when you’re running a code, they’re in the back of the ambulance giving CPR, but they should be strapped in. We want to care about our providers just as much as our patients, so that’s really important as well. This is going to allow them to step back, just push ‘medicine,’ and do their job without having to put their life at risk in an emergency setting.”

Additionally, Long said the LUCAS 3 devices greatly increase the rate of spontaneous circulation return, which is essentially CPR bringing someone back to life after they have coded. With traditional hand compression CPR, Long said that only happens nationally at an average of 2% to 3%, but in Charleston, that number is up to 35% to 40% with the LUCAS 3 devices.

Long noted that the devices have also been beneficial during the COVID-19 pandemic.

“It is also very easy to qualify under COVID,” Long said. “We sold more of these than any other product last year because now I’m not sweating, breathing, getting in their face trying to do CPR. You’re backed away. It’s very COVID friendly, but it’s going to provide you use in your community for a long time after.”

The cost of a LUCAS 3 device is around $16,000. Roger Bryant, executive director of the Logan Emergency Ambulance Service Authority (LEASA), said the agency is looking at using American Rescue Plan funding to purchase nine devices, along with five monitors and defibrillators that need replaced.

Bryant said LEASA can come up with $80,000 of that money and asked the commission to consider pitching in $206,000 for those devices. No decision or motion was made at Monday’s meeting.

In other news from Monday’s commission meeting, commissioners:

The next regular session of the Logan County Commission is scheduled for 3 p.m. Monday, May 17. Members of the public watching the live stream of the meeting who want to address the commission during the public comments period may do so by calling 304-792-8626.