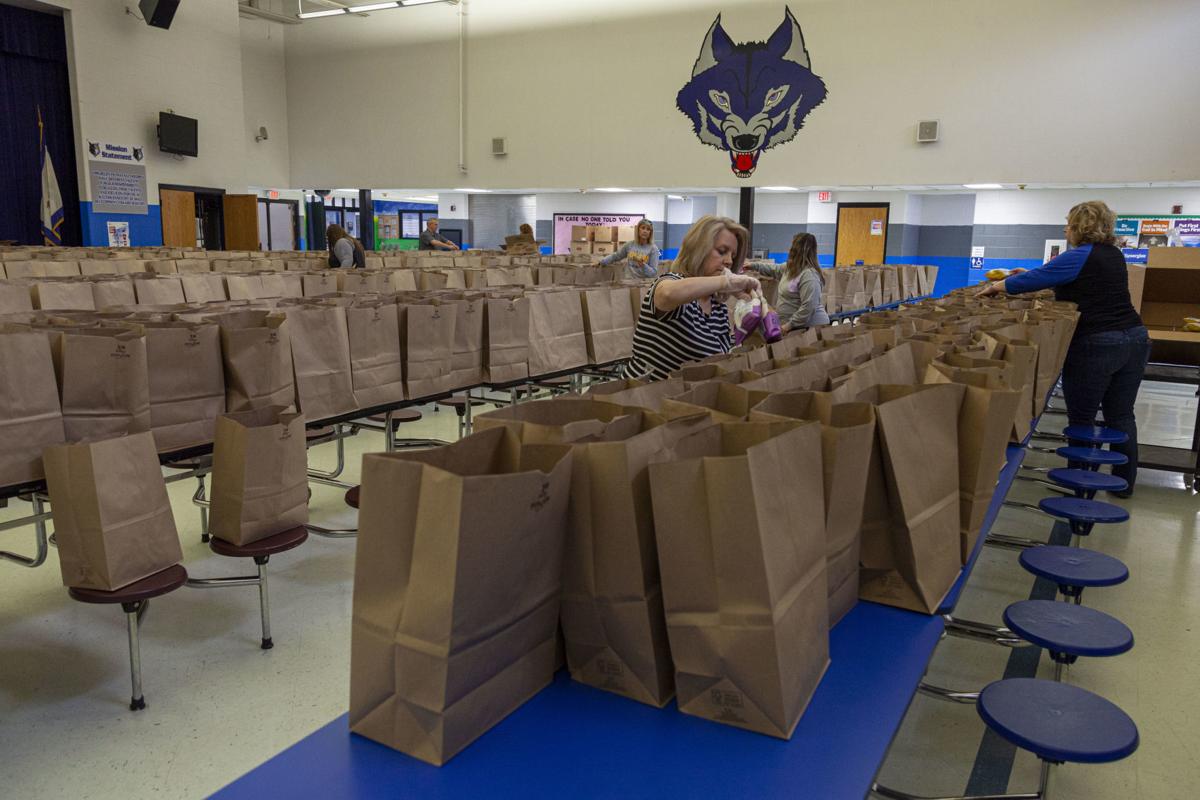 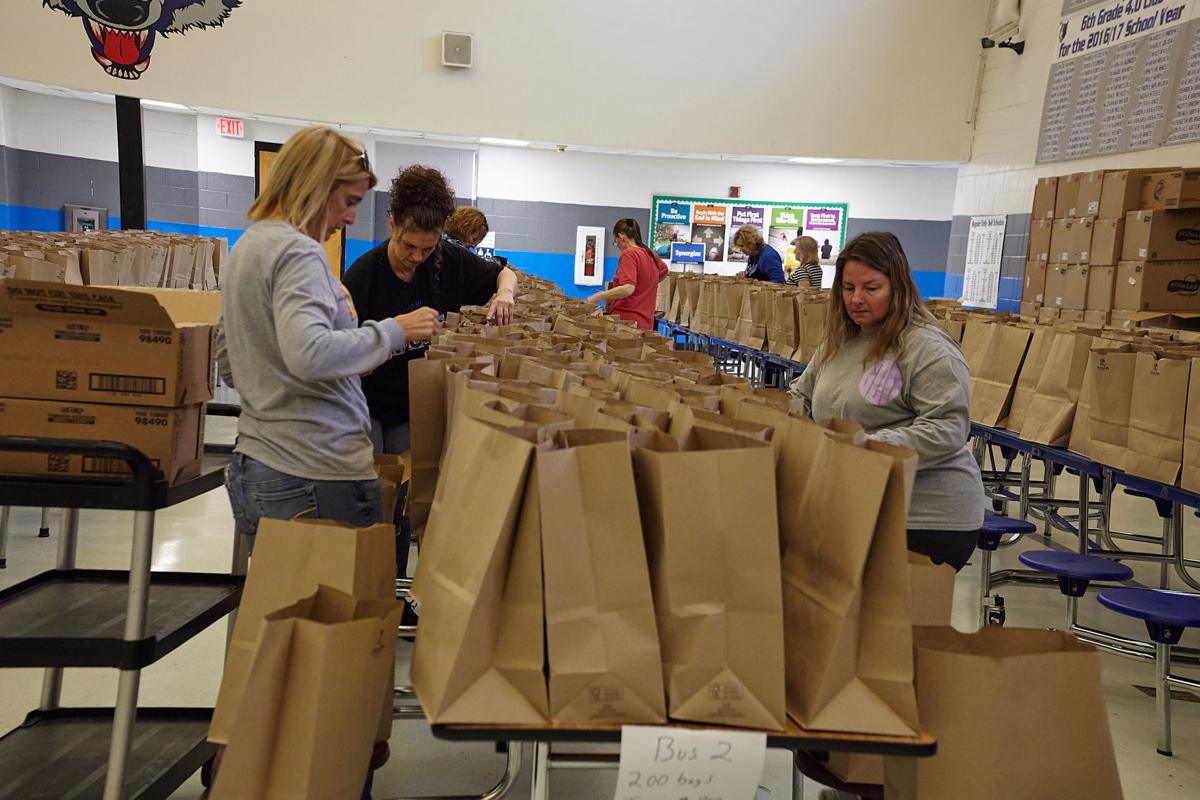 LOGAN COUNTY — Despite the statewide school closure due to the COVID-19 coronavirus pandemic, Logan County Schools, along with the help of volunteers and other organizations, has continued to provide meals to students.

Ever since the closure was announced March 13 by Gov. Jim Justice, volunteers at five locations throughout the county — Omar Elementary School, Logan Middle School, Chapmanville Regional High School, Man Elementary/Middle School and Hugh Dingess Elementary School — have worked to pack thousands upon thousands of bags of meals for students. The food bags are delivered by school buses along the same routes taken during regular school session.

The program closely follows the same one already in place by Logan County Schools for the summer months. Like other counties in the Mountain State, the meals are part of an initiative by the West Virginia Department of Education.

“They have asked us to feed the kids, and that’s what we’re doing,” said Anita Sedlock, coordinator of child nutrition for Logan County Schools.

Volunteers, such as those from churches, have even gotten involved on days the buses don’t run, as the state’s counties have been directed to follow their school calendar. Sedlock notes that meals are prepped in advance for that situation.

Additionally, extra members of the household ages 18 and under — a 2-year-old sibling who isn’t in school, for example — are provided a meal.

On Wednesday, March 18, Sedlock said Logan County Schools sent out 3,499 breakfasts and lunches. According to WVDE data, Logan County’s enrollment was 5,418 during the 2019-2020 school year, meaning meals were provided to around 65% of the county’s student population.

On Friday, March 27, 8,080 meals in just over 1,000 bags were packed by volunteers at the Logan Middle School location alone, including 164 cases of milk and 57 cases of juice. The bags were meant to provide students meals over a course of four days.

“This is a great program,” LMS Principal Brian Atkinson said. “We’re taking care of our kids, as we’ve done before and, you know, mandated by the governor to take care of the kids.

Just between last week and this week, we have probably distributed almost 20,000 meals just out of this feeding site. I can’t tell you what the others were, but it’s great. Our kids are coming out — some of the teacher volunteers are getting on the buses and helping distribute, and the kids love seeing their teachers. They’re going into all sorts of areas, and people are coming out. People are hungry, and people want the food.”