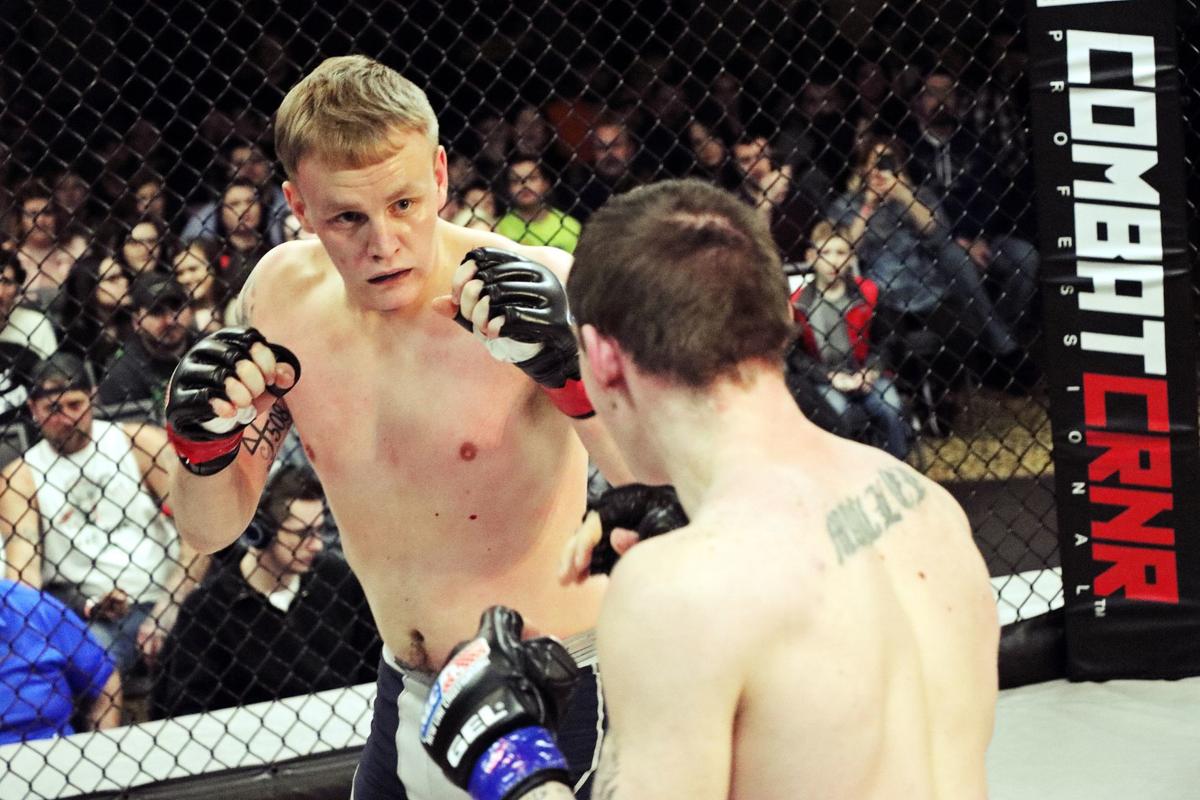 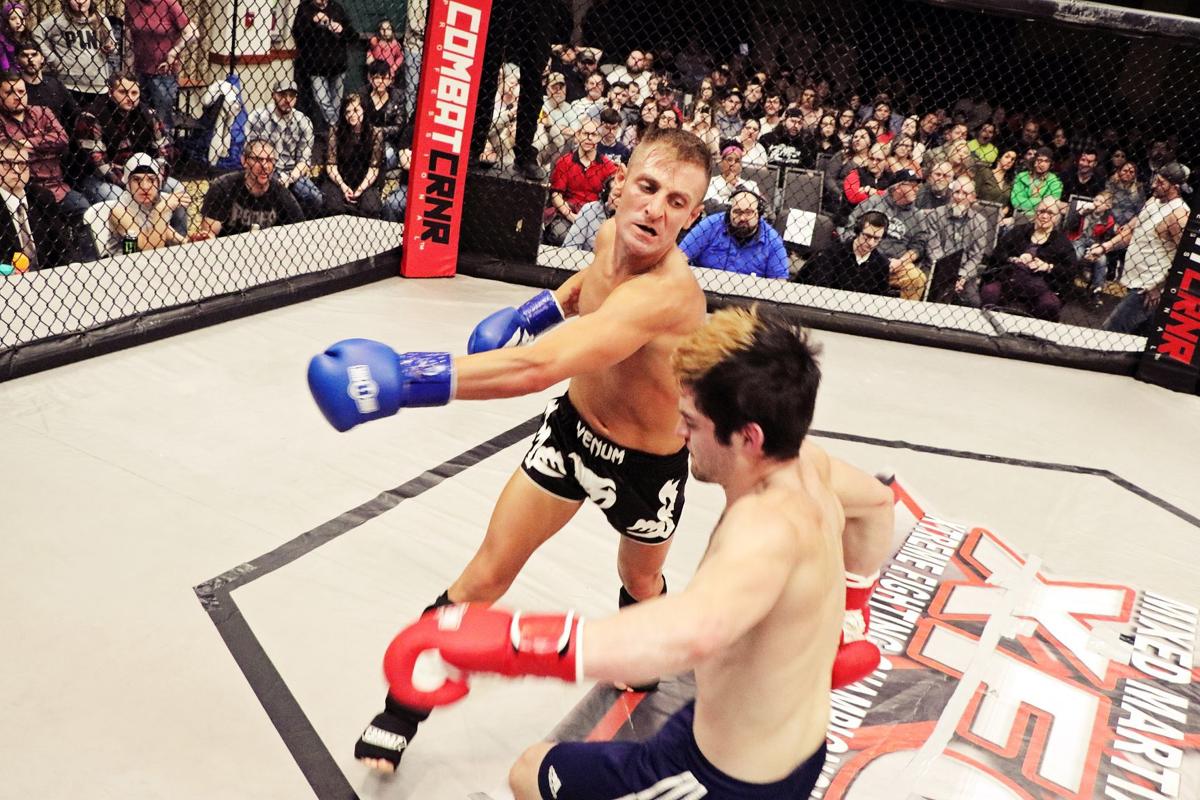 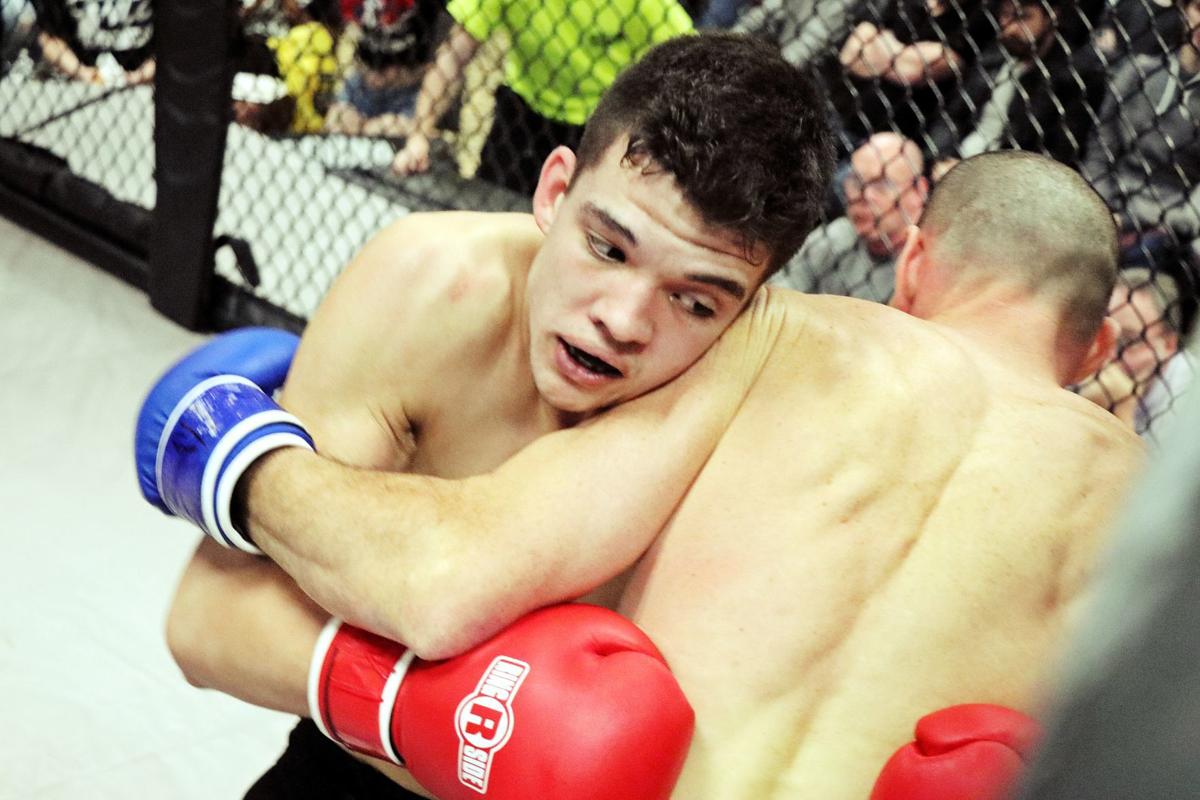 Luke Lago, facing the camera, holds off his challenger. 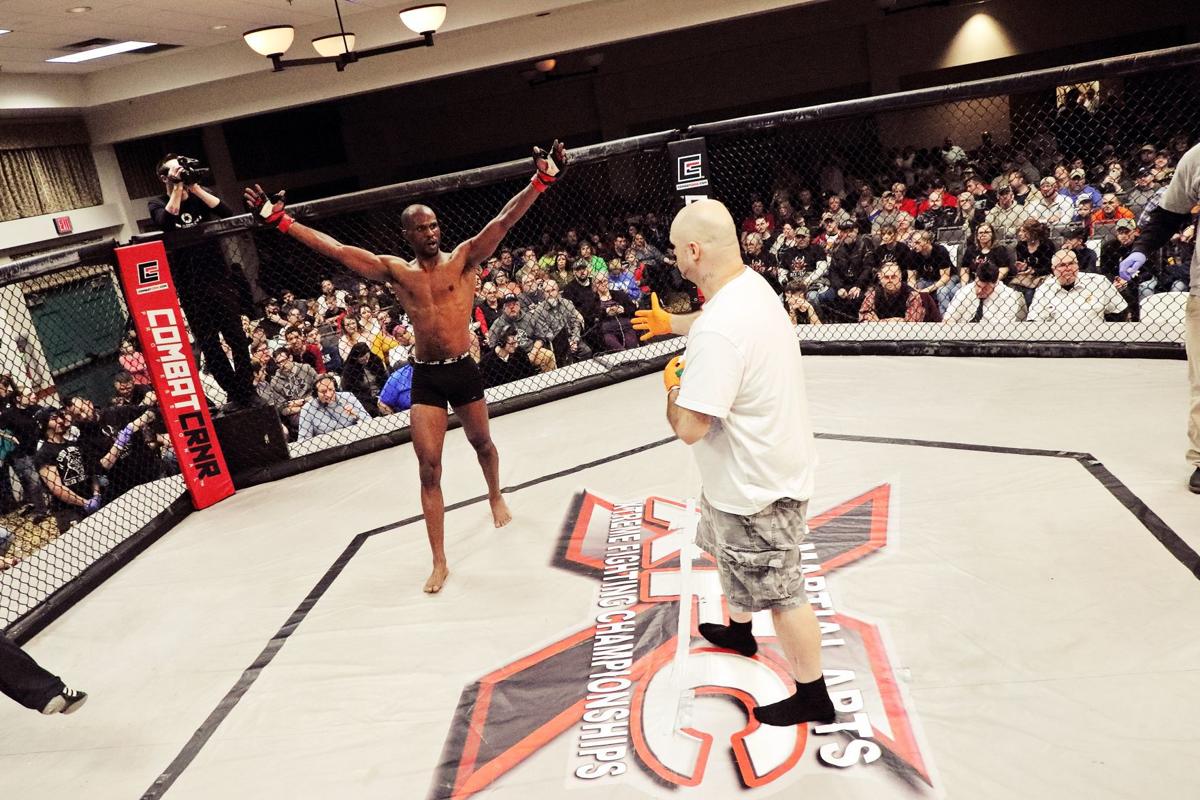 Luke Lago, facing the camera, holds off his challenger.

According to Keith Noe, a native of McConnell and the owner of New Line, organizers had been working toward staging an MMA event in Logan County since early last year.

Noe had to travel several hours to participate in events other than Toughman. He wanted to stage events close to home, which would be easier for local fighters and their family and friends to attend. After mixed martial arts was legalized in West Virginia for both professionals and amateurs, New Line began working to make these hometown events happen.

Williamson played host to New Line’s three cagefighting events in 2018, but this past Saturday’s event was the first sanctioned MMA event in Logan County. The crowd was standing room only.

New Line has a sign-up form on their website for aspiring fighters who want to begin training.

Local MMA coaches addressed the benefit of giving young men an option to continue their athletic career, in a new direction. Crawley Creek native Jason Workman helped organize one of the local teams, a group of fighters known as Wartribe MMA. One of his goals was to get kids to “Drop the drugs and pick up the gloves.”

Wartribe currently has three fighters who are active participants in MMA, and a few more who are training. Workman talked about the solid sportsmanship at these events.

Greg Robinson, formerly a co-founder of New Line Cagefighting, coaches jiu-jitsu and kickboxing for the Wartribe MMA team. Robinson added that one of his original goals was helping get kids off of the street and provide family entertainment.