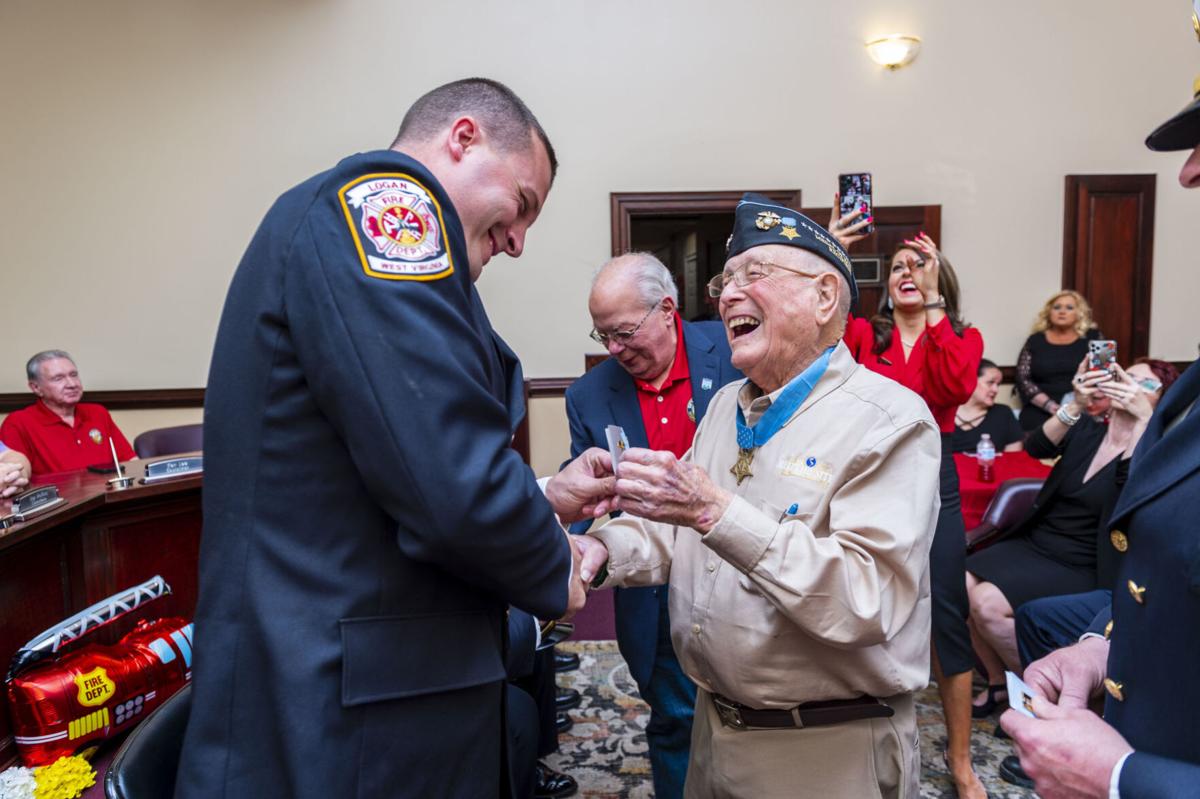 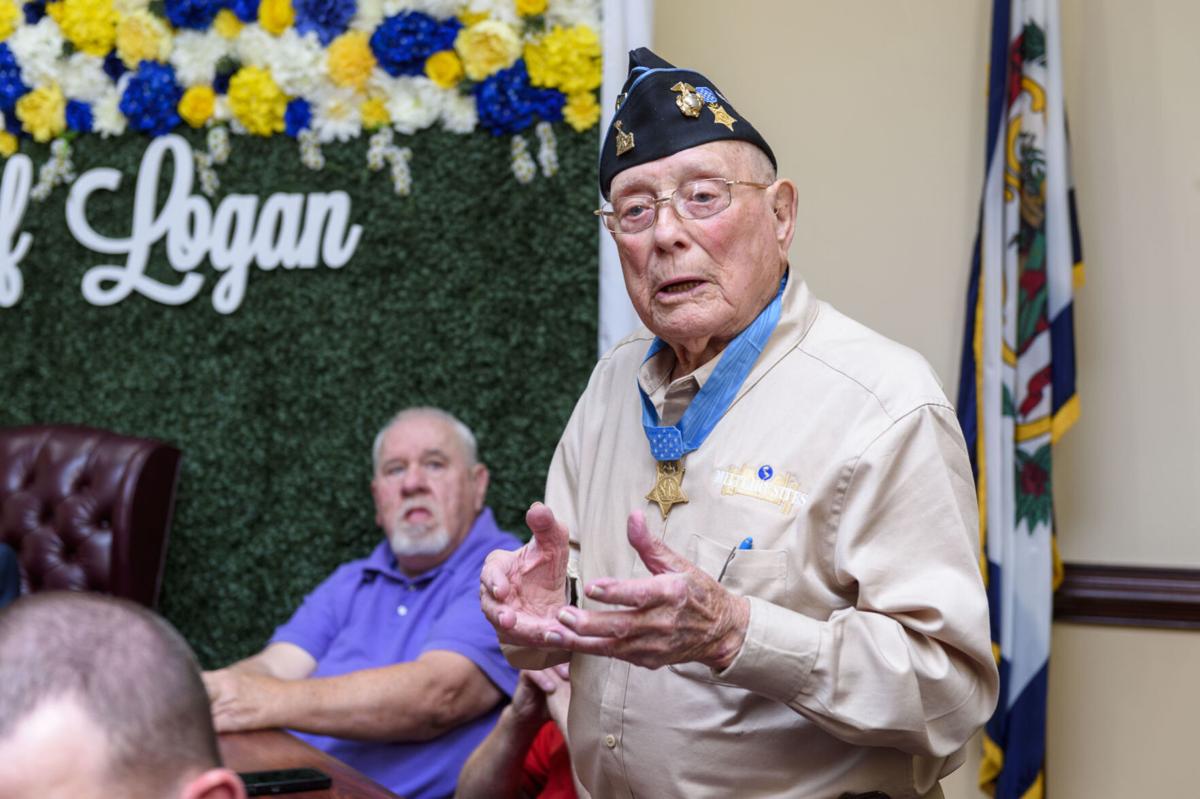 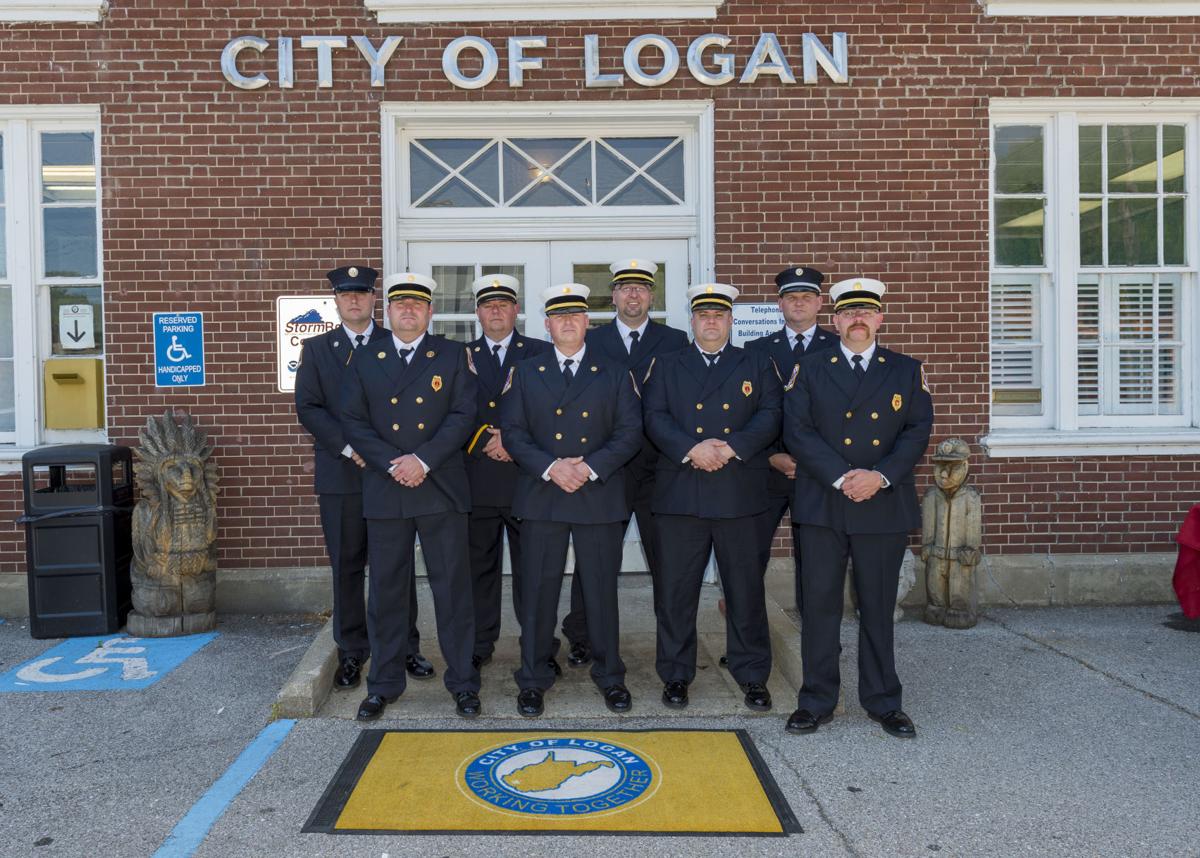 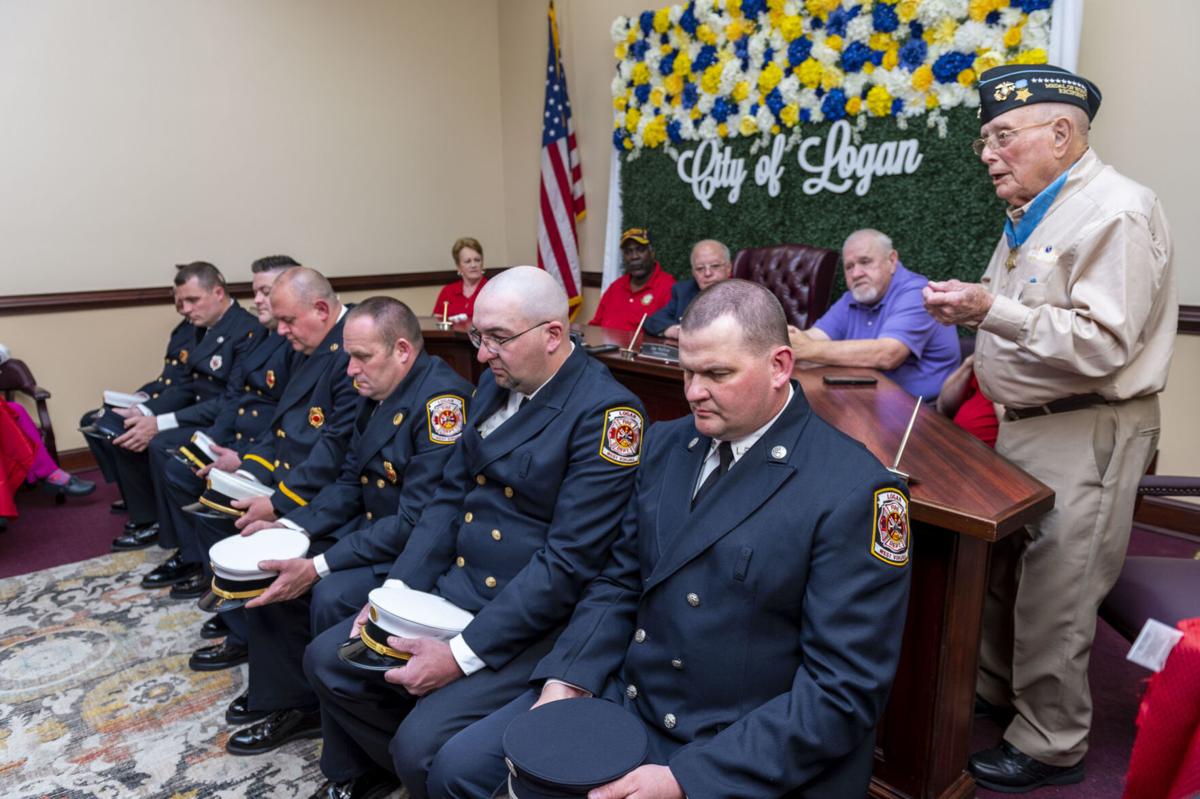 LOGAN — Seven lieutenants with the City of Logan Fire Department recently received their certification to be promoted to captains.

The men officially received the promotion during a pinning ceremony at Logan City Hall on Tuesday, April 27. Chris Hatfield, Fuji Williams, Justin Conley, Jeremy Steele, Mike Beckett, Nick Ferrell and Stevie Trent have all moved up to a rank that is considered one of the highest-level officer positions on a fire department.

Logan Fire Chief Scott Beckett said all seven men have served on the department for a number of years and were qualified to take the exam.

“It was long overdue, to be honest,” Beckett said. “It’s one of those things where we’re trying to get our department up to speed and get our officers established. All of these gentlemen were lieutenants, and they were ready to test. They successfully completed the Civil Service examination, and they were promoted.”

Beckett said some of the part-time members of the department will now move up to the lieutenant rank.

Last week’s ceremony had one special guest: retired United States Marine Corps warrant officer and WWII Medal of Honor recipient Hershel Woodrow “Woody” Williams. He discussed parts of his upbringing and life of service, and thanked the new fire captains for all they do in making the Logan community better.

Williams personally greeted each new fire captain and presented them with their official pins. Mayor Serafino Nolletti then presented each with a plaque congratulating them on their promotion to captain.

Beckett said the additional captains could help the department achieve an even higher ISO rating, which helps local citizens with insurance rates. Logan’s fire department currently has an ISO rating of three.

“Whenever you go through your ISO rating, your officers have to be trained to a certain level, and you have to have that command structure in place, and this is only going to help us,” Beckett said. “We were able to go from a four to a three and my goal is to … I would love to see Logan be a one, which is the best you can get, and there’s only two in the state right now, so that’s going to be our goal. Is it a lofty goal? Absolutely. Can we pull it off? I hope so. We’re going to give it a shot.”