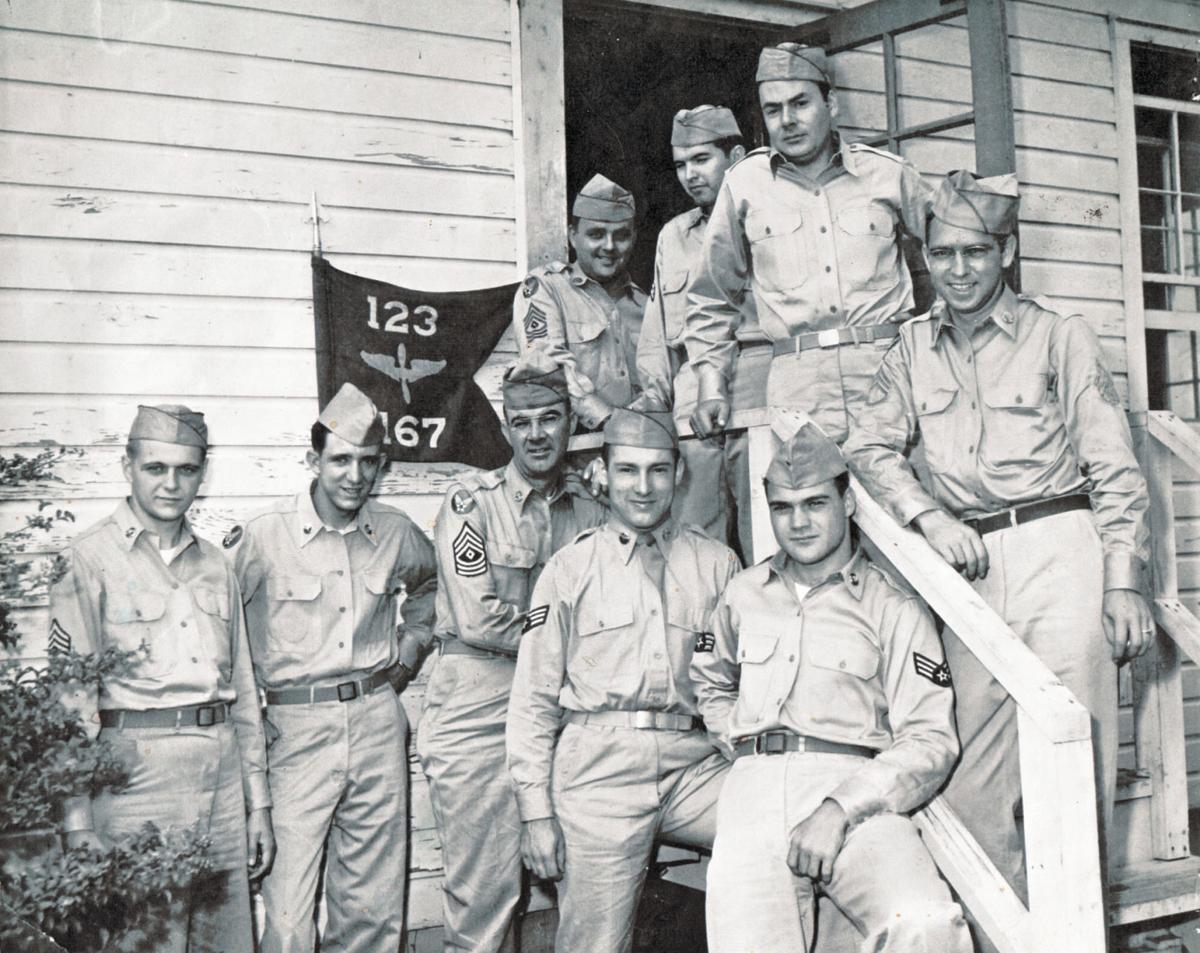 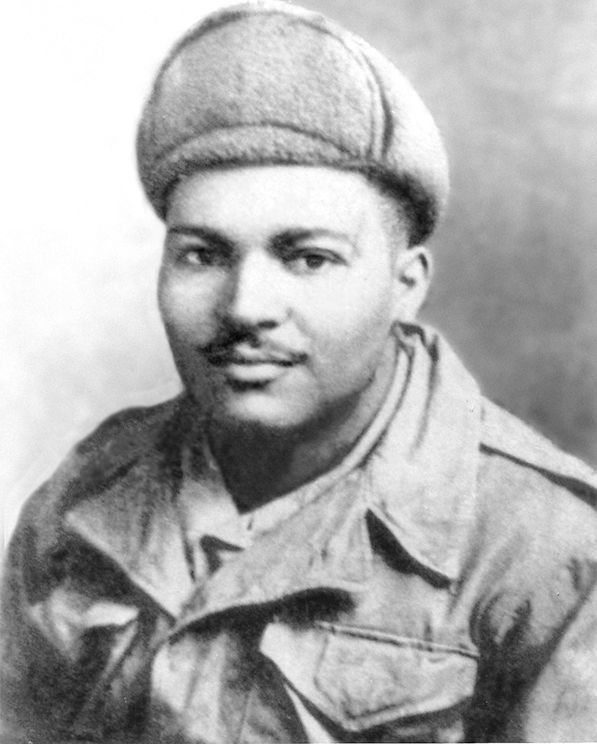 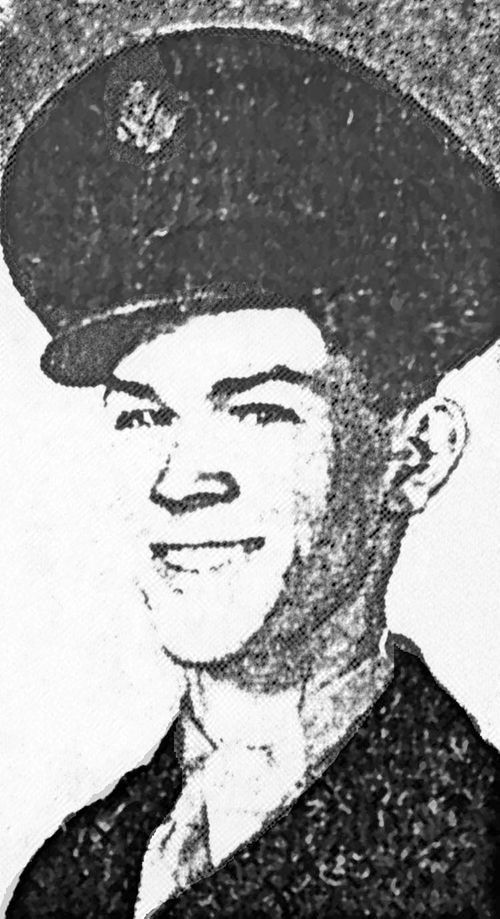 CHARLESTON — Seventy years ago, members of the West Virginia Air National Guard’s 167th Fighter Squadron were returning to their home base at Kanawha Airport from a two-week summer training camp at Lockbourne Air Force Base, near Columbus, Ohio, when they heard the news.

“We were riding in Army trucks on the way back to Charleston when we learned that North Korea had invaded South Korea,” said Jack Tamplin, of Boomer, who had joined the Air Guard unit three months previously. “The first question everyone asked was, ‘Where the hell is Korea?’ The second question was, ‘What does this mean for us?’”

Korea, occupied and managed as a colony by the Japanese during World War II, was divided after the war along an arbitrary latitude line — the 38th Parallel. The Soviet Union, an Ally during the just-ended war, took charge of the northern portion of the Korean peninsula, while the U.S. oversaw the southern half.

The idea was to reunify the nation after it stabilized from the devastation suffered during the world war. But in 1947, when it came time for an agreed-upon vote to establish a government for a unified Korea, the Soviet Union balked and Korea remained divided.

On the day of the invasion, Truman called for the United Nations to convene an emergency session of its Security Council, which the Soviet Union was boycotting at the time. In short order, the Security Council passed a resolution calling for an immediate end to hostilities and a withdrawal of North Korean troops from South Korea.

North Korea ignored the resolution, and on June 27, Truman ordered elements of the U.S. Army, Air Force and Navy to Korea to assist South Korean defenders. A declaration of war was never sought, but Congress quickly voted to fund the “police action,” as Truman called the war in its early days, to check Soviet-sponsored aggression. Fourteen other UN member nations joined the U.S. in sending combat units to South Korea.

The first U.S. Army elements to arrive in Korea had been serving as part of an occupation force stationed on Kyushu, the southernmost of Japan’s main islands, when the invasion took place.

Among them was Pfc. Kenneth Shadrick, of Skin Fork in Wyoming County, one of 10 children born to the coal mining family of Theodore and Lucy Shadrick. After attending Pineville High School, Shadrick enlisted in the Army in November 1948 at age 17. After completing basic training, Shadrick spent a year on Kyushu before his unit was ordered to Korea, arriving there on July 1, 1950.

On the morning of July 5, the first U.S. Army engagement with North Korean troops took place near the town of Osan, about 25 miles south of the South Korean capital of Seoul, recently overrun by the North Korean invasion force.

Early that afternoon, Shadrick’s bazooka squad and the small infantry force that accompanied it was ordered to watch for North Korean tanks at a village about 5 miles south of Osan.

Not long after Shadrick’s squad set up an observation post in a hilltop cemetery, North Korean tanks loomed into view. After one bazooka operator fired at an approaching tank, to little effect, Shadrick stepped into position to take his turn. Seconds after firing the anti-tank weapon, the West Virginia soldier stood on an embankment to see if he had struck his target and was himself fatally wounded by machine gun fire from the unharmed tank.

As darkness approached and it became apparent that the outdated bazookas assigned to Shadrick’s squad lacked the firepower needed to penetrate the armor of the North Koreans’ Soviet-built tanks, the group returned to regimental headquarters, carrying the West Virginia man’s body. Their arrival caught the attention of New York Herald Tribune correspondent Marguerite Higgins, who had been discussing the day’s action with the officers in charge. She filed a story on Shadrick’s death, describing him as the first American to be killed in action in Korea.

For many months, virtually all publications referred to the Wyoming County soldier as America’s first Korean War combat fatality, but it was eventually determined that at least one other GI was killed earlier that day a few miles to the north.

Meanwhile, back in Charleston later that month, Tamplin and other members of the 167th Fighter Squadron received word that their unit would soon be summoned to active duty with the U.S. Air Force.

“In August, we began transferring to Godman Air Force Base in Kentucky, and by the end of September, we were all there,” Tamplin said.

On Oct. 10, 1950, members of the Air National Guard unit were called to active duty for 21 months. Most members remained at the Kentucky Air Force base until July 1951, when the unit, which flew P-51 Mustang fighter planes, became part of an Air Force fighter-bomber group stationed in England. But before setting up shop in England, tragedy struck.

On April 5, 1951, a member of the 167th, Maj. Woodford “Jock” Sutherland, of St. Albans, died in a training accident when his stationary P-51 was struck by a taxiing aircraft at Eglin Air Force Base in Florida.

Two days later, a C-47 transport plane carrying 21 members of the 167th back to Charleston from Godman to attend Sutherland’s funeral was within four minutes of landing at Kanawha Airport when it clipped a hilltop, crashed and burst into flames, killing all aboard.

Four companies of a West Virginia Army National Guard unit, the 1092nd Engineer Combat Battalion, stationed in Parkersburg and Salem, were ordered into federal service on Sept. 1, 1950, and sent immediately to Korea, where they took part in almost nonstop military campaigns for the next two years.

Twelve pilots from the 167th Fighter Squadron with World War II combat experience were sent to Korea in early 1951. Three, all from Charleston, never returned.

First Lt. Roma Carl Foglesong Jr., of Charleston, was killed when the Mustang he was flying on a reconnaissance mission over South Korea was struck by anti-aircraft fire and burst into flames on April 14. Since his remains have never been recovered, he is officially listed as missing in action and presumed dead.

A graduate of Stonewall Jackson High School, Foglesong attended Vanderbilt University and worked for Union Carbide after serving as a pilot during World War II.

First Lt. Lee A. Harper flew a Mustang night fighter with the 39th Fighter-Interceptor Squadron while in Korea. During a combat mission on June 19, 1951, Harper’s aircraft was struck by anti-aircraft fire and he was unable to bail out, according to the American Battle Monuments Commission.

A pilot during the North Africa and Italian campaigns in World War II, Harper worked as an agent for the Soil Conservation Service in Charleston before being called to active duty in Korea.

Capt. Harold Ora Keister was flying a B-26B Invader bomber, with two crew members on board, on a night intruder mission over North Korea targeting rail activity and truck convoys on the night of Aug. 30, 1951, when his bomber crashed after being struck by anti-aircraft fire. Three parachutes were sighted in the crash area, but no remains were seen or recovered. He is officially listed as missing in action and presumed dead.

A native of Romney, Keister was a graduate of Morris Harvey College (now the University of Charleston) and worked in a chemical laboratory in Charleston prior to being called to duty in Korea.

By the time hostilities ended with a cease-fire agreement on July 27, 1953, a total of 112,000 West Virginians had served in military roles during the Korean War. Of those, 814 lost their lives and 2,088 were wounded.

The war also produced four West Virginia Medal of Honor recipients. Among them was Raleigh County native Cornelius Charlton, one of 17 children born to a Sophia-area coal mining family. In his mid-teens, Charlton moved to New York City and enlisted in the Army in 1946 immediately after graduating from high school.

He served his first term of enlistment as a member of the U.S. occupation force in postwar Germany. After re-enlisting, he joined an engineering unit stationed on the island of Okinawa, wrested from Japan by U.S. Marines and Army troops in the last major battle of World War II.

When war broke out in Korea, he sought a transfer to a combat unit. In early 1951, he was assigned to the all-black 24th Infantry Regiment — the Army’s last de facto segregated combat unit, following Truman’s 1948 executive order designed to officially desegregate the military.

Charlton, by then a sergeant, was soon named a squad leader and a short time later, nominated for a battlefield commission as his leadership skills were noticed. But before that could be processed, the 24th was given the task of clearing a force of Chinese and North Korean soldiers entrenched on the slopes of Hill 543 near the village of Chipo-ri.

On the first attempt to charge up the hill, Charlton’s platoon leader was wounded and evacuated, leaving him to launch the next attack. Charlton led from the front, personally wiping out two enemy firing positions and six soldiers. But the enemy troops rallied and sent a wave of withering return fire at the Americans, pinning them down until Charlton could mount another charge, during which he suffered a massive chest wound caused by an enemy hand grenade.

On a third attack, Charlton led the way again, holding his chest with one hand and his rifle in the other, and reached the top of the hill only to encounter a wave of mortar rounds descending on them from the hill’s opposite slope.

The sergeant made a fourth and final charge alone, and was struck by shrapnel from an enemy grenade, but kept moving forward, destroying the fortified enemy mortar site and clearing away resistance before succumbing to his wounds.

Charlton was posthumously awarded the Medal of Honor for his actions in 1952, but it took another 57 years before he was able to occupy the final resting place to which his act of heroism entitled him — a grave in a place of honor at Arlington National Cemetery.

All Medal of Honor recipients are entitled to burial in those hallowed grounds, but a self-described “clerical error” by the cemetery postponed interment in Arlington until 2008.

Prior to that date, a park in the Bronx, where Charlton spent his last years as a civilian, a bridge on the West Virginia Turnpike, a barracks in South Korea and a U.S. Navy transport ship have all been named in his honor.

July is National Ice Cream Month. Which is your favorite flavor?