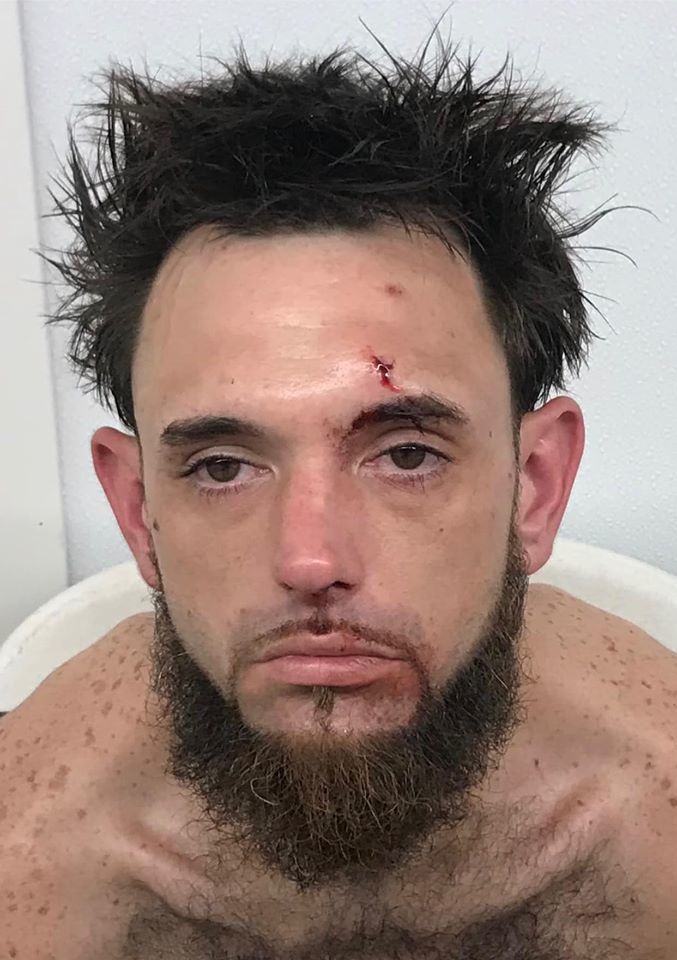 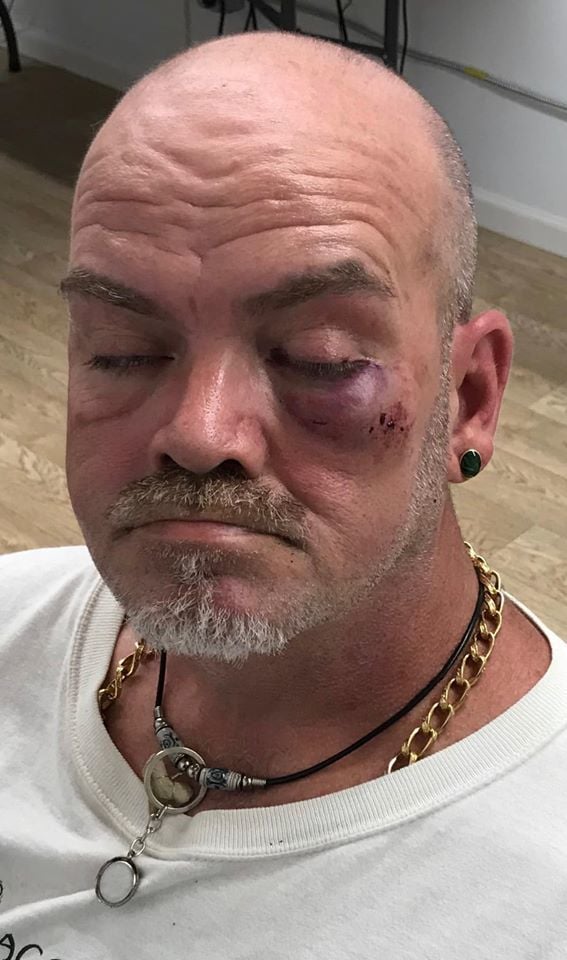 MUD FORK — Two men were arrested and one was left with a black eye following a scuffle with police after they say he tried to resist a drug arrest.

According to a release from the Logan County Sheriff’s Office, the incident happened in the Mud Fork area of Logan County on Saturday, May 2. While on patrol near the Country Carryout store, Cpl. Nick Tucker noticed a white man with no shirt standing at the driver side window of a red, four-door Chevrolet Silverado truck.

The man was later identified as David Jennings, 33, of Indian Lake, New York. Jennings was reportedly seen doing a hand-to-hand exchange of what was believed to be narcotics to the driver of the truck, later identified as Paul David Sexton Jr., 50, of Mount Gay.

When Tucker pulled his cruiser in front of the pickup truck, Jennings reportedly began stuffing something into the front of his pants, and he was detained. Tucker approached Sexton in the truck, where a set of digital scales was reportedly observed on the front armrest of the truck, along with a white powder and a number of blue pills throughout the truck.

According to the release, Sexton refused several times to leave the truck, and Tucker physically forced him out. Sexton reportedly resisted Tucker and attempted to place the truck into gear and pressed on the accelerator. Tucker struck Sexton, ending the struggle.

Both Sexton and Jennings were placed under arrested and have been charged with possession of heroin and obstructing. The LCSO is also pursuing additional charges, according to the release.

A third individual in the passenger seat was not arrested. That person reportedly told police that both Jennings and Sexton exchanged heroin for cash. Sexton and Jennings were both later found to be in possession of suspected heroin, along with a number of Klonopin pills.

Jennings was also found to be in possession of $772 in cash. He was arraigned in Logan County Magistrate Court on a $10,000 multiple 10% and surety bond and is behind bars at Southwestern Regional Jail as of press time.

Sexton has since posted bond.