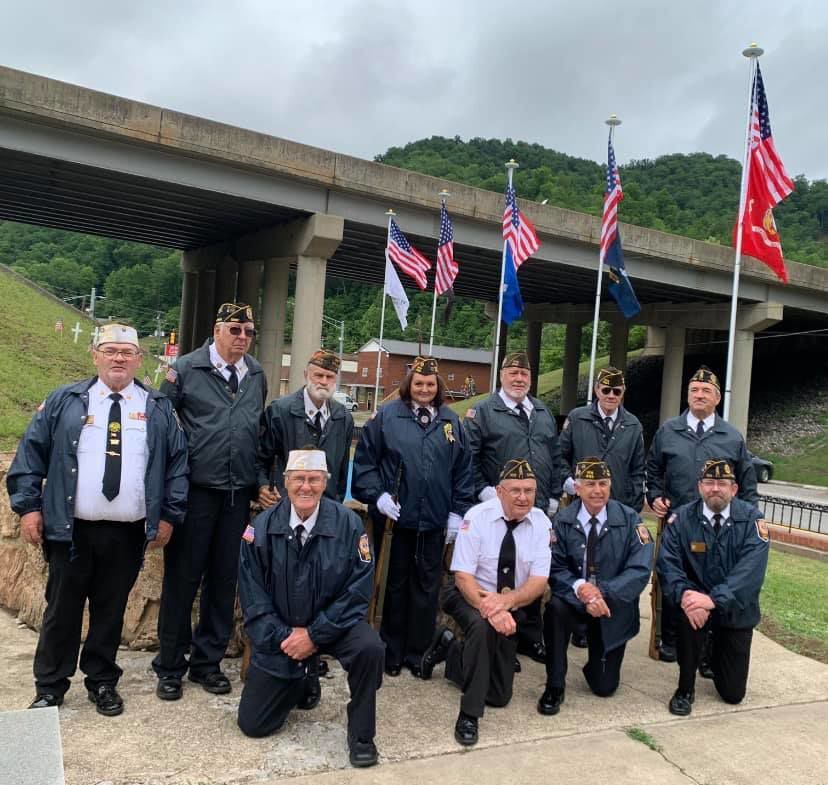 Veterans pose for a photo after a Memorial Day ceremony in Chapmanville on Saturday. 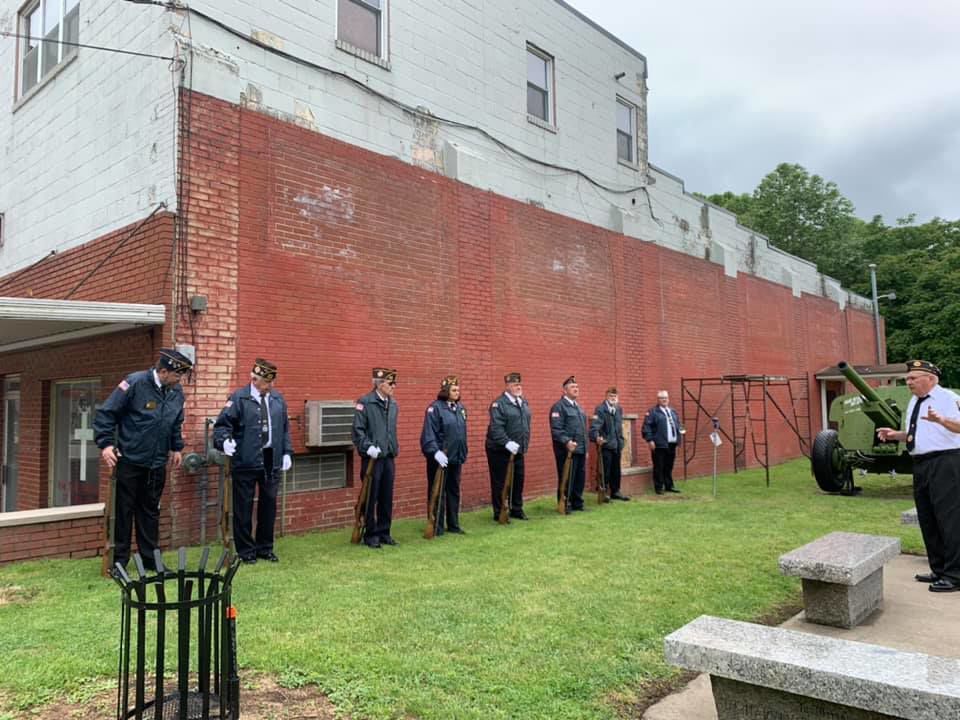 Veterans host a Memorial Day ceremony in Chapmanville on Saturday. 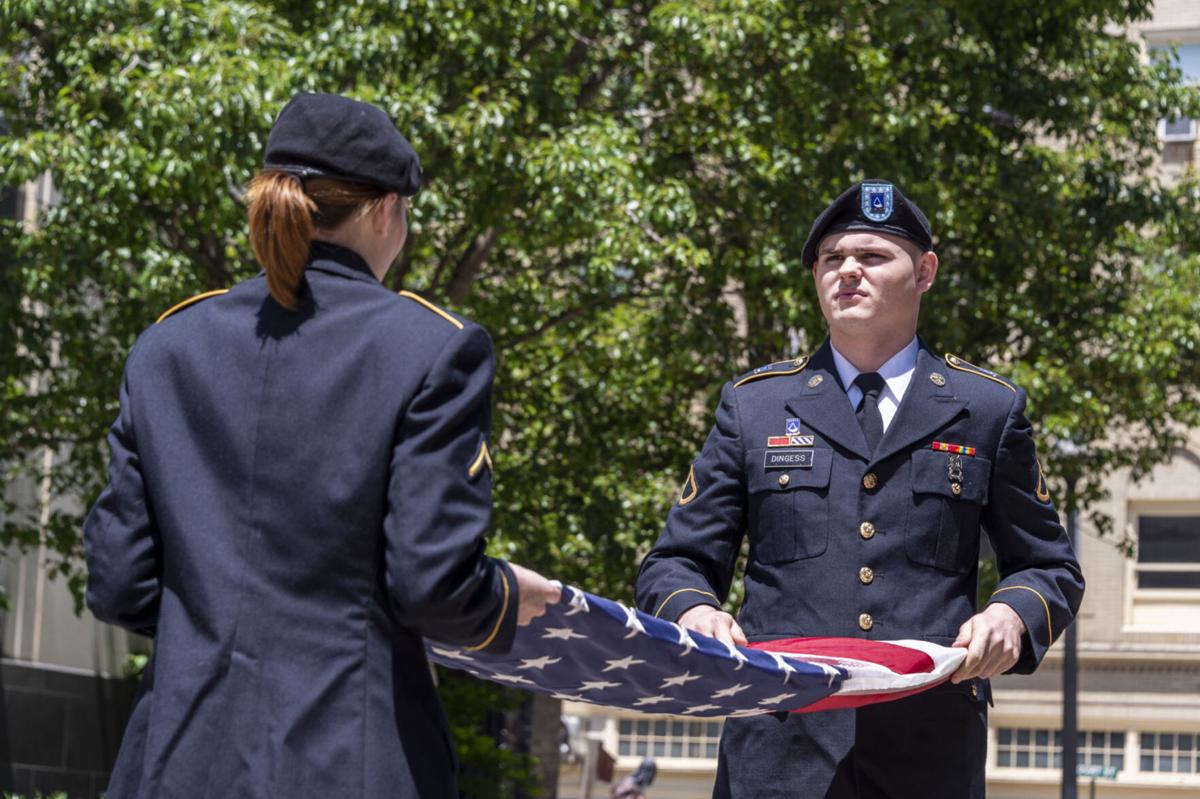 A flag-folding ceremony is performed during a Memorial Day recognition event in downtown Williamson Monday afternoon. 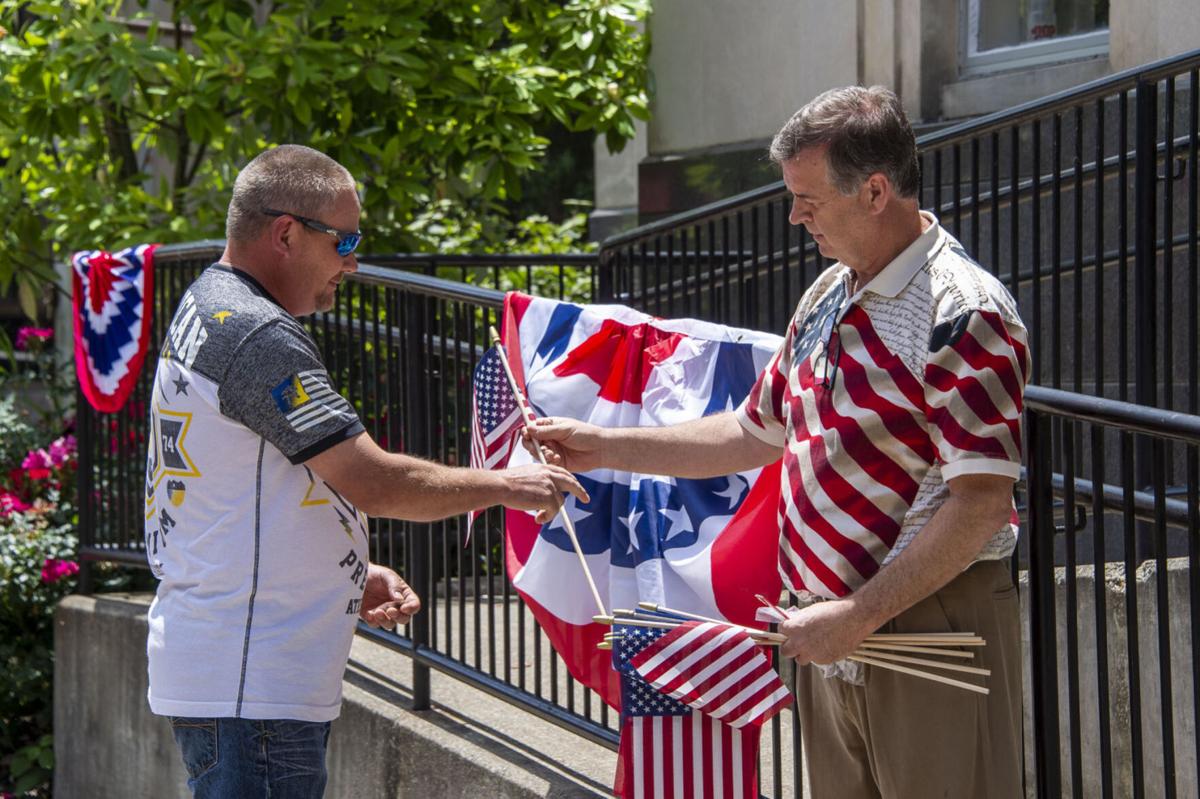 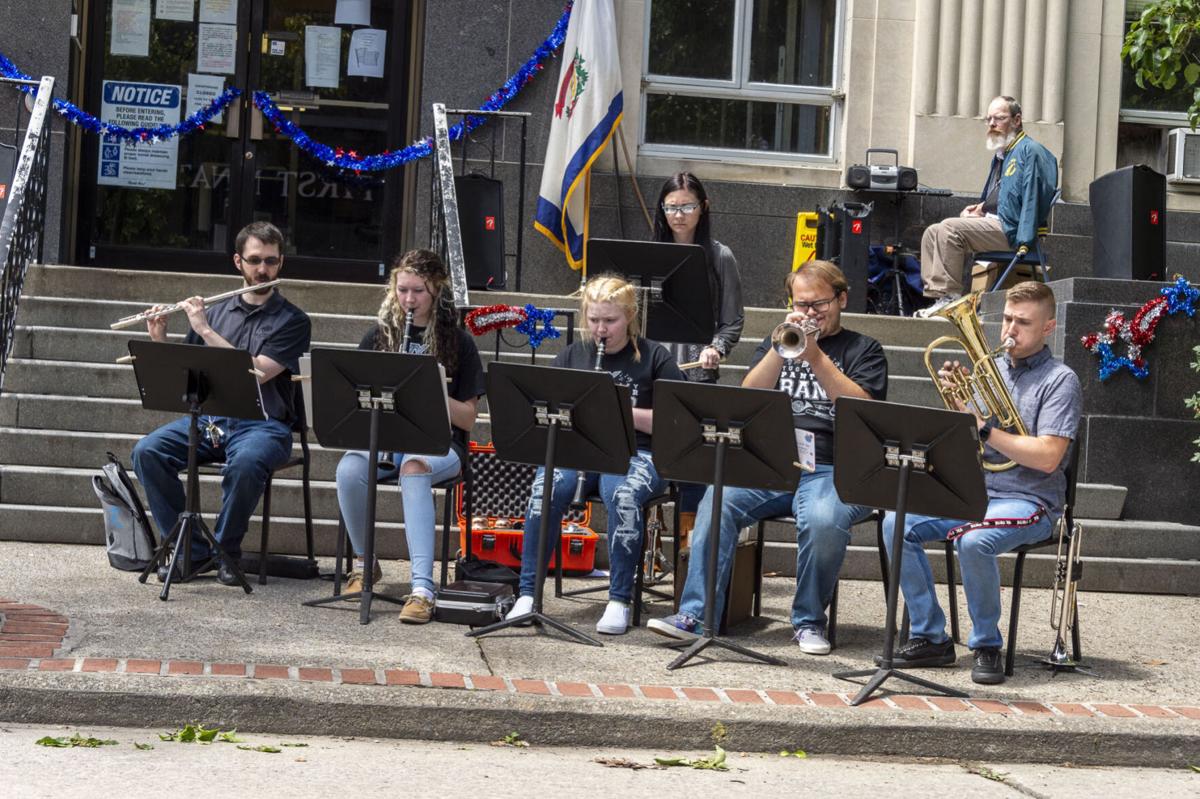 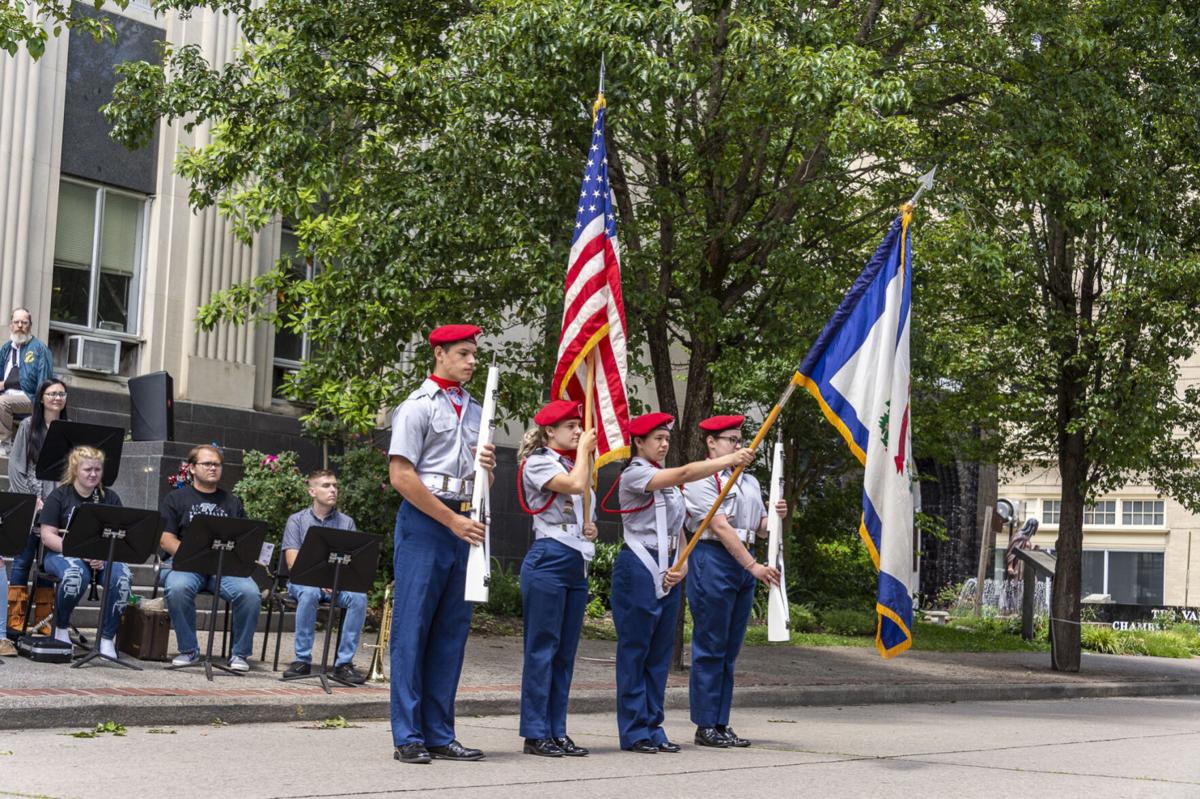 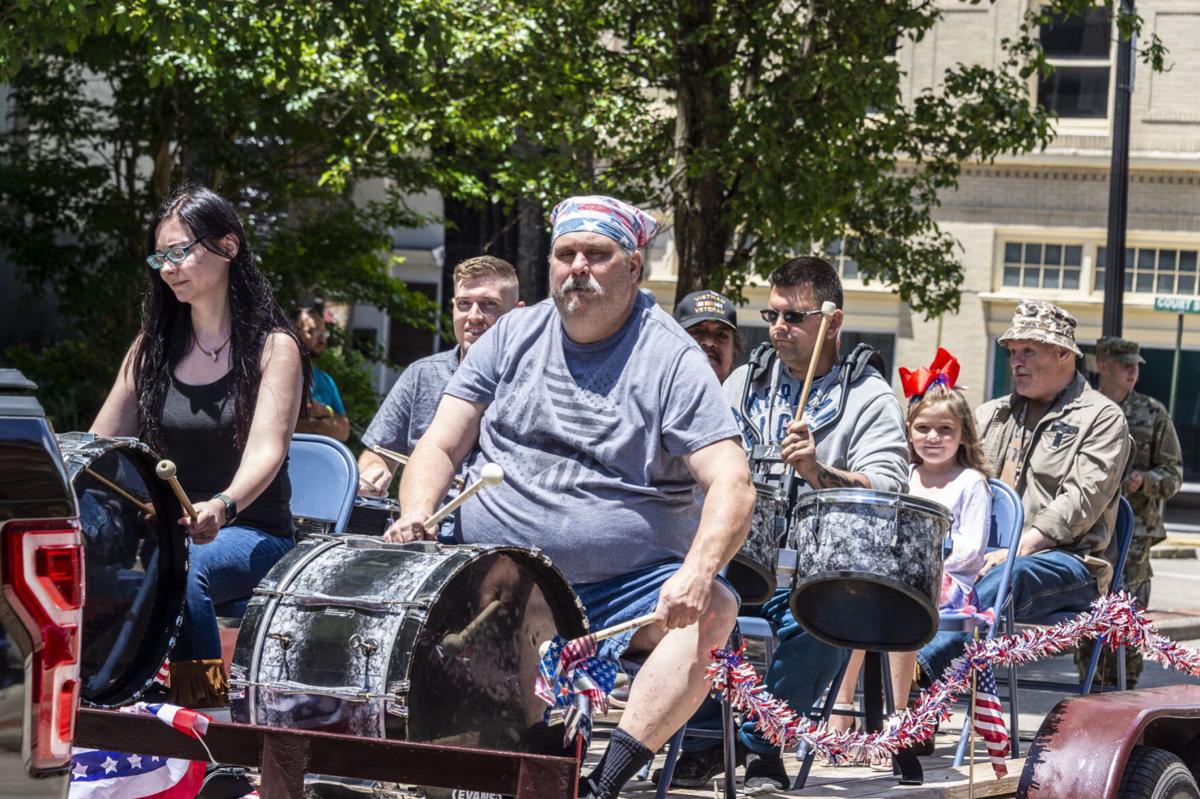 A trailer bed with veterans and musicians makes its way through downtown Williamson Monday afternoon. 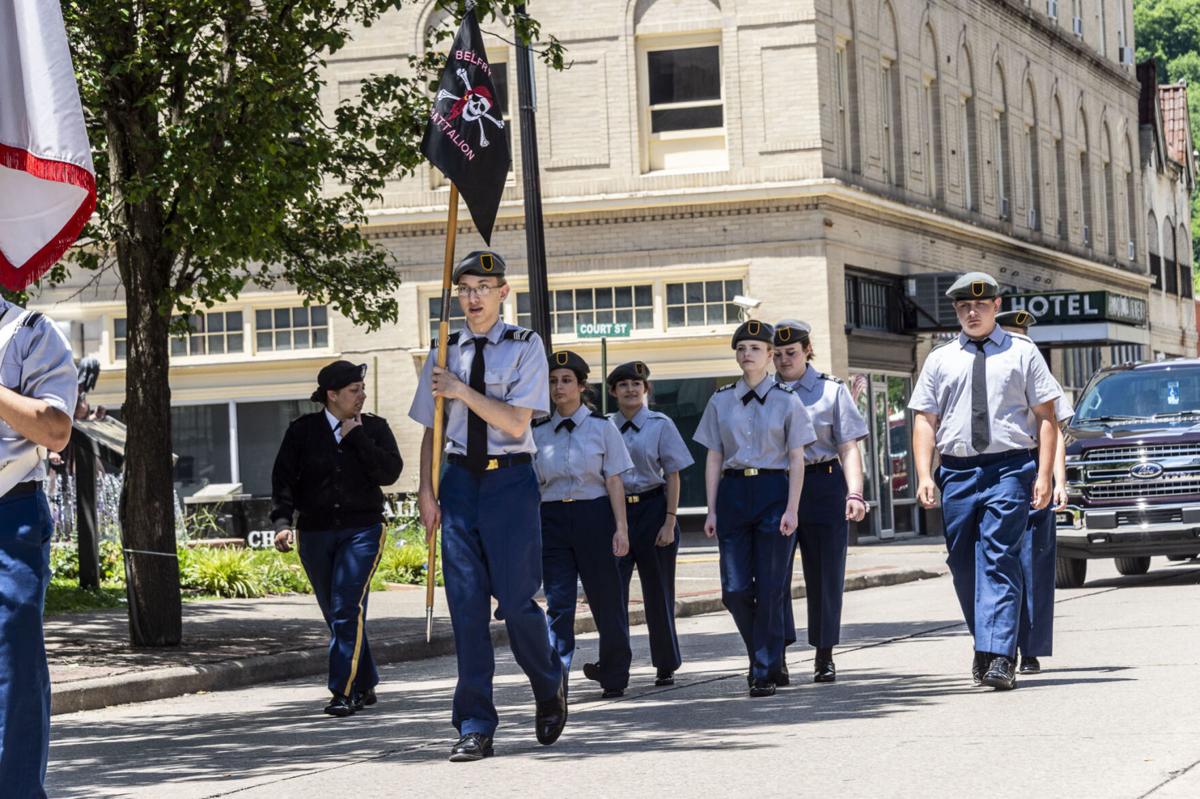 Veterans pose for a photo after a Memorial Day ceremony in Chapmanville on Saturday.

Veterans host a Memorial Day ceremony in Chapmanville on Saturday.

A flag-folding ceremony is performed during a Memorial Day recognition event in downtown Williamson Monday afternoon.

A trailer bed with veterans and musicians makes its way through downtown Williamson Monday afternoon.

A series of celebrations honoring the sacrifices of veterans were held across the region over the weekend for Memorial Day.

On Saturday, a ceremony was held at the newly refurbished Tracy Vickers Memorial Park in Chapmanville. The town’s beautification committee has placed flags alongside the railing of the park, and the Boy Scouts will soon plant flowers on the hillside to look like an American flag.

According to beautification committee chairwoman Robin Adams Mutters, it was also recently learned that the remains of the man whose name is on the monument at the park, Cpl. Wilfield “Pete” Conley, were found recently and brought back to U.S. soil. He was killed in the Korean War on Dec. 12, 1950.

Boy Scout Troop 58 also placed flags all over the Highland Memory Gardens cemetery at Old Logan Road. American Legion Post 19 purchased 1,000 flags this year and had around 2,300 left over from last year.

On Monday, which was Memorial Day, veterans performed a roll call for the ones who have passed on at the Chapmanville Towers.

This year marked the return of ceremony and parade, both of which were first held in 2019 but canceled in 2020 due to the COVID-19 pandemic. The Memorial Day recognition ceremony was held at noon on the steps of the Mingo County Courthouse.

The ceremony began with the presentation of colors by the Belfry High School JROTC Color Guard and was followed by a playing of “America the Beautiful” by the Tug Valley High School Panther band under the direction of Thomas Jude.

Larry Blackburn, from Disabled American Veterans 141 in Belfry, Kentucky, placed a wreath on the Veterans Memorial on the front lawn of the courthouse. A flag-folding ceremony was held by the West Virginia Army National Guard.

Brief remarks were given by AIM Director Jada Hunter and Williamson Mayor Charlie Hatfield, the latter of whom gave gifts to several veterans and one family member on behalf of a veteran.

Bobby Taylor was recognized as a Gold Star family member, accepting a gift on behalf of his brother, Ernest Taylor Jr., who died in the Vietnam War while serving as a medic. Ernest Taylor’s name is on the Veterans Memorial at the courthouse.

The program concluded with the Tug Valley Panther band performing a rendition of a song by American composer John Phillips Sousa. It was followed by a parade through Second Avenue.