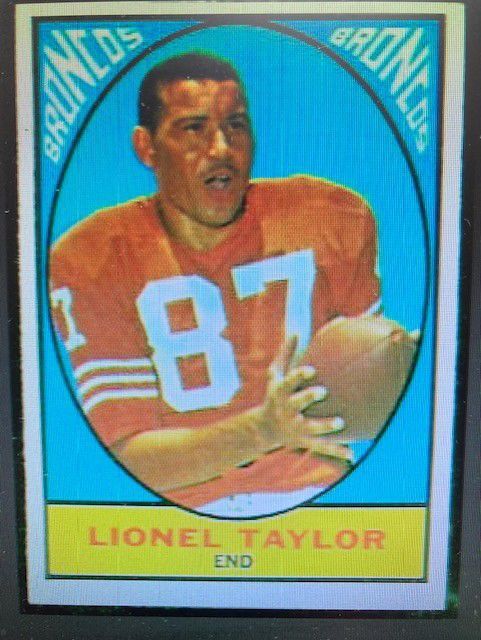 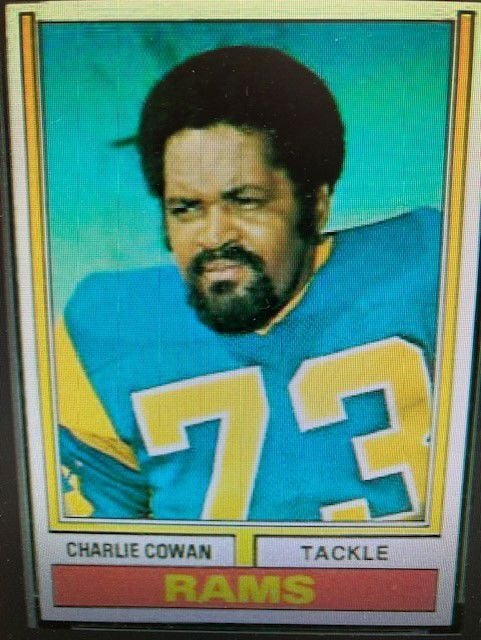 It is just an unfortunate fact of life that, as humanoids, we cannot capture and put time in a bottle.

Having said that, I would like to thank those responsible for securing a token of local history that should have been done decades ago. So, on behalf of the many local people still alive, who, like myself, are fortunate enough to remember watching professional football when two of the finest players ever in the game displayed their talents — although at slightly different time frames — I extend kudos to the community of Man, West Virginia, State Senator Rupie Phillips and the Department of Transportation for recently featuring the road sign acknowledging that former NFL greats Charlie Cowan and Lionel Taylor are products of Buffalo Creek in the Man area.

Sometimes we all fail to properly recognize the accomplishments of others, whether it be in sports or any other field of work. Certainly, the large testament displayed by Lincoln County officials along Corridor G acknowledging the fact that Chuck Yeager — the World War II Air Force pilot who in 1947 was the first to exceed the speed of sound — is something that county should be proud of. But not all people who deserve it are recognized as perhaps they should be.

Unfortunately, it has taken over 60 years for Lionel Taylor and Charlie Cowan to at least get a sign placed in the area near where they grew up, both attending school at Buffalo High School, an all-Black high school that preceded school integration.

“Rupie Phillips was the main man in getting this done,” said longtime Triadelphia area coach and educator, William “Tootie” Carter. “We finally got something done for them,” referring to the sign that greets drivers entering the Town of Man from the Logan direction of the new highway that connects the two towns.

With the Hillbillies basketball team claiming its first-time high school basketball championship and its baseball and softball teams faring so well, it just seems fitting that two former greats from Buffalo Creek be honored this year.

Carter, Taylor and Cowan all graduated from New Mexico Highlands University, with Taylor being credited with getting Cowan to go there, while Cowan is credited by Carter in obtaining a scholarship for him.

Third in all-time receptions and receiving yards for the Denver Broncos, Taylor played six years with the Broncos and one season with the Houston Oilers and was named Denver’s MVP in 1963, ’64 and ’65. In addition, he later was an assistant coach with the Pittsburgh Steelers and earned two Super Bowl rings with the “Steel Curtain” Steelers during their gridiron reign of the early 1970’s. He later also was an assistant for the Los Angeles Rams.

Cowan, who died at the age of 59 from a diabetes-related illness, hailed from Braeholm of Buffalo Creek and wound up playing 15 years in the National Football League with the Los Angeles Rams. As an offensive tackle, he helped the Rams to five playoff appearances from 1965 through 1975 and was three times named to the NFL Pro Bowl. According to Lionel Taylor, Cowan is the “best athlete to ever come out of New Mexico Highlands University.”

I remember possessing both Cowan and Taylor’s football trading cards as a “kid” growing up, and I find it strange that no one ever told me that the two were from Logan County. Heck, I watched both of them play in games on television — Cowan in the NFL and Taylor in the old American Football League.

Shucks, I was especially proud of linebackers Sam Huff of the New York Giants and Chuck Howley of the Dallas Cowboys just because they went to WVU. I can only imagine the pride I would have taken in knowing that Cowan and Taylor were from my home county.

Usually, there is family that will try and preserve the history of those who have gone before them, but what is significant about the placing of the sign at Man is that Taylor was an only son and has no family here. Charlie Cowan, whose father with the same name operated a gasoline station for many years on Buffalo Creek and has since passed on, had only one other child, and he lives in a suburb of Los Angeles, California.

“I’m going to get in touch with Charlie’s brother and let him know what we’ve done,” explained Coach Carter. “His name is Donald and he also was a very talented athlete.”

Carter also noted that once the proclamation was ready to commemorate the occasion, he intended to contact Lionel Taylor to make him aware of the event.

“It’s a big deal for two all-pros to come from such a little school as Buffalo High,” said Carter, citing that Man area resident Tom Gilco had contacted Sen. Phillips about getting a sign to honor the two men.

While there are many people who did not know about the accomplishments of Cowan and Taylor, there are even fewer who know of what Cowan’s father attempted to do when his son was still in the NFL. Mr. Cowan filed on March 5, 1975, a petition with the county commission of Logan County to incorporate Buffalo Creek Valley as a Class III city.

The petition was rejected by the commission as insufficient, and after a resubmission of the petition, it was ultimately dismissed. A group of Charleston attorneys petitioned the Supreme Court for a writ of mandamus to require the commission to act on the petition, but that writ was denied.

Cowan and company then petitioned the Logan Circuit Court to compel that court to make the commission act on the petition of incorporation. However, the court found no probable cause to do so. Still determined, Cowan’s attorneys decided not to appeal the court’s decision, but on May 9, 1977, filed their petition for a writ of mandamus, stating that “it is now clear that adequate relief in the Circuit Court of Logan County has been exhausted.”

After much testimony and debate that included Logan attorney Edward Eiland testifying against the petition, as he represented Amherst Coal Company, Island Creek Coal Company and Kelly-Hatfield Land Company, all of which were seeking to exclude their properties from the proposed area to be incorporated, likely because of possible tax obligations.

Evidence and arguments were heard in favor and against the proposed city. However, the Supreme Court chose to grant the writ and ordered the county commission — which then was called the county court — to enter an order holding the requirements of W.Va. Code 8-2-1 & 2 to be met and to proceed according to law.

Depending upon population, a proceeding to incorporate must include the signatures of at least 30% of the proposed freeholders (property owners) of the territory to be incorporated. Cowan’s petition contained over 400 signatures, which was found by the court to be enough to legally proceed.

It is clear today that Buffalo Creek Valley remains a long historic hollow with many unincorporated locations like Amherstdale, Braeholm, Kistler, Lorado, etc., therefore, we know that Cowan’s efforts to incorporate the area failed.

Regardless, what is certain about the land on which Indians once hunted buffalo is that the names of two of its former inhabitants may forever be remembered — at least as names on a metal sign.

“Growing up on Buffalo Creek was great,” said Charlie Taylor in an interview with this writer last year. “I’m glad I’m from West Virginia.”

Well, Charlie, so are we.

I just wish I had known about you when I was a youngster watching you play football on one of the only two channels we had on our television set.

Dwight Williamson serves as magistrate in Logan County. He writes a weekly column for HD Media.

Do you plan to watch the summer Olympics?