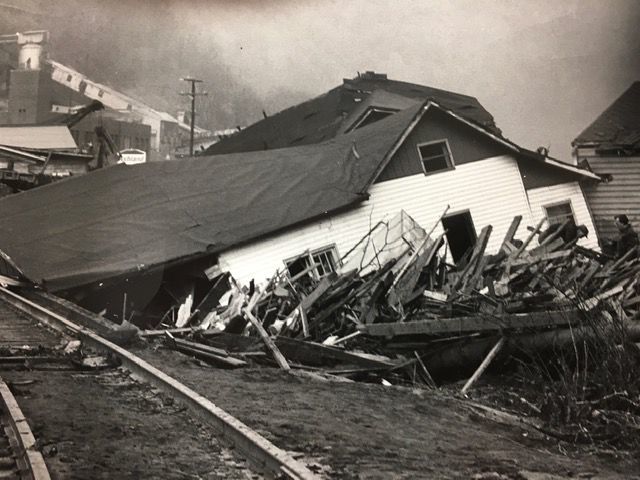 A scene of devastation from the Buffalo Creek flood that occurred 48 years ago. 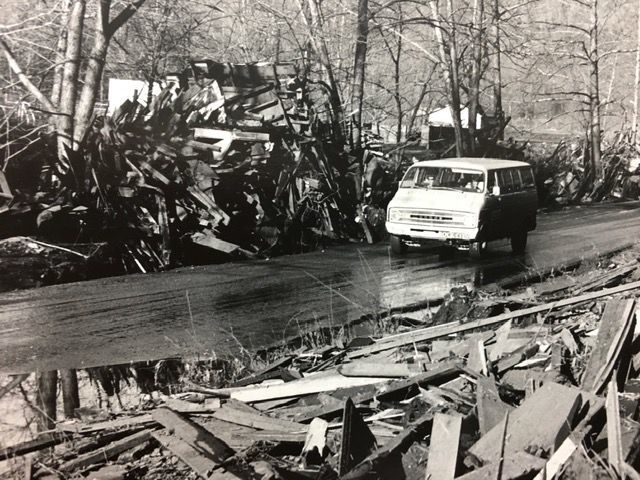 Devastation from the Buffalo Creek tragedy that occurred 48 years ago today.

A scene of devastation from the Buffalo Creek flood that occurred 48 years ago.

Devastation from the Buffalo Creek tragedy that occurred 48 years ago today.

Many older folks will recall exactly where they were and what they were doing when President John Kennedy was assassinated in Dallas, Texas, on that tragic November day back in 1963. Still, others somewhat younger will recall with pride the date of July 20, 1969, when American astronauts first landed on the moon. For a much younger generation, perhaps the Sept. 11, 2001 attack on the Twin Towers in New York caused many people to appreciate the value of life.

Odds are, though, that if you remember the moon landing and astronauts walking on the lunar surface, you will remember another date that will live in local infamy — Feb. 26, 1972 — the date of the Buffalo Creek flood.

Today marks the 48th anniversary of Logan County’s worst mine-related disaster that saw a coal slurry impoundment collapse, releasing 132 million gallons of water and coal sludge into the Buffalo Creek valley. The action of the three-hour tragedy resulted in the loss of 125 lives, 1,121 injuries, and it left over 4,000 of the 5,000 Buffalo Creek residents homeless. Seventeen coal camp communities were either demolished or partially destroyed. In addition, 500 homes, 44 mobile homes and 30 businesses were either washed away or ruined beyond repair. Property damage was said to be $50 million.

The communities of Saunders, Pardee, Lorado, Craneco, Lundale, Stowe, Crites, Latrobe, Robinette, Amherstdale, Becco, Fanco, Riley, Braeholm, Accoville Crown and Kistler all were destroyed by the rampaging black water. For many people who lived through this un-Godly catastrophe, life would never be the same.

In 2011, all of Mud Fork in Logan County was hit with the worst flood in the history of that community when an estimated five inches of rain reportedly fell there within an hour. Fortunately, no lives were lost, but many homes were destroyed and others damaged. For some, it was months cleaning up their properties, while others either moved away or started over with a new home.

As still a resident of the hollow where I grew up, it was painful to watch each day as Mud Fork people piled up their ruined personal belongs — beds, living room suites, wardrobes full of clothes, pictures and so many other items. For whatever reason, Mother Nature had chosen Mud Fork as its target that early spring day, as the rest of the county saw no flood damage.

Having seen what could change a person’s world in hours, I can only imagine what the people of Buffalo Creek and their families had to deal with, especially those who lost family members and friends.

I was a resident of Hodges Hall dormitory on the Marshall University campus when Buffalo Creek was forever changed that historic winter day. There were no telephones in any of the dorm rooms, and only a couple of pay phones in the hallway of each floor. Whoever happened to be near the telephones when they rang answered them and usually retrieved the person for whom the call was intended.

A knock on my door that morning alerted me to a phone call from my mother. Not used to my mother telephoning for me, I feared the worst; perhaps a family member or neighbor had died.

Even after Mom relayed the information about the dam breaking, I really could not visualize the utter devastation it had caused. I had never been to Buffalo Creek in my life. Even with the national news coverage, it still would be a long time before I realized what a tragedy it truly was.

The Buffalo Creek devastation was referred to by mining officials as an “act of God.” Officials said the nearly four inches of rain that preceded the dam break was a terrible freak of nature. In reality, however, it was determined to be a total disregard by Pittston Coal Co. officials for the safety of the residents of Buffalo Creek. A citizen’s commission report would later declare that the Buffalo Creek-Pittston Coal Co. was guilty of murdering at least 124 men, women and children.

There were multi-million dollar lawsuits filed against Pittston by survivors of the flood. After the settlement, each of the over 600 plaintiffs would receive an average of $13,000. Meanwhile, the state of West Virginia filed a suit against the company for $100 million to compensate for disaster relief and property damages.

Five years after the flood, in 1977, just three days before leaving office as governor, Arch Moore settled the state’s lawsuit by agreeing to accept a $1 million offer. In 1988, after years of legal actions, the state of West Virginia was forced to reimburse $9.5 million to the U.S. Army Corps of Engineers for flood recovery work.

Of course, many things have changed over the years. For instance, my dear mother and father have passed, Buffalo Creek has mostly recovered, and I suppose there have been millions of tons of coal come from the bowels of the same community that once was devastated.

I look around today — exactly 48 years later — and I can’t help but ponder as to how things have changed. Are things really that much better than before?

In some ways the answer is “no.” However, I must admit that I never, ever thought I would live to see a new road connect Man to Logan. Nor, could I in my wildest imagination dream of the technology that we nearly all enjoy today. I mean, I loved Captain James Kirk and “Star Trek,” but I never thought I would own a communication device that operated somewhat like his did.

Some people say that “The more things change the more they stay the same.” I don’t quite agree with that bit of philosophy, either. I seem to recall that it was just 22 days before the Buffalo Creek misfortune that South Carolina Sen. Strom Thurmond was suggesting that John Lennon of the Beatles be deported from the United States.

Heck, just a couple of weeks before the flood, it was announced that the Volkswagen Beetle was outselling Ford models, even though the vehicle had been commissioned as “The People’s Car” by Adolph Hitler back in the 1930s.

Yes, things have changed. About one month after Buffalo Creek on March 22, the U.S. Senate passed the Equal Rights Amendment and sent it to the states for ratification. Because of a backlash against feminism (think of Goldie Hawn in her two-piece bathing suit on the TV comedy show “Laugh-In”) the amendment failed to achieve ratification by three-fourths of the states needed to make it law.

Considering that West Virginia, along with Tennessee, was one of the last two states to ratify in 1920 the right for women to vote (19th Amendment to the Constitution), providing equality to women and prohibiting discrimination on the basis of sex is a fortunate law for the only humans who can become mothers.

Things do change and life must go on. However, history tends to remain the same, and we should never forget about Buffalo Creek.

Dwight Williamson serves as magistrate in Logan County. He writes a weekly column for HD Media.

How would you grade the West Virginia government's response to the COVID-19 pandemic so far?