Sign Up
Log In
Purchase a Subscription
You are the owner of this article.
Edit Article Add New Article
You have permission to edit this article.
Edit
Welcome, Guest
Home
News
Sports
Features
Photos
Opinion
Obituaries
e-Edition
Classifieds
Legals
HD Media
No Thanks
1 of 3 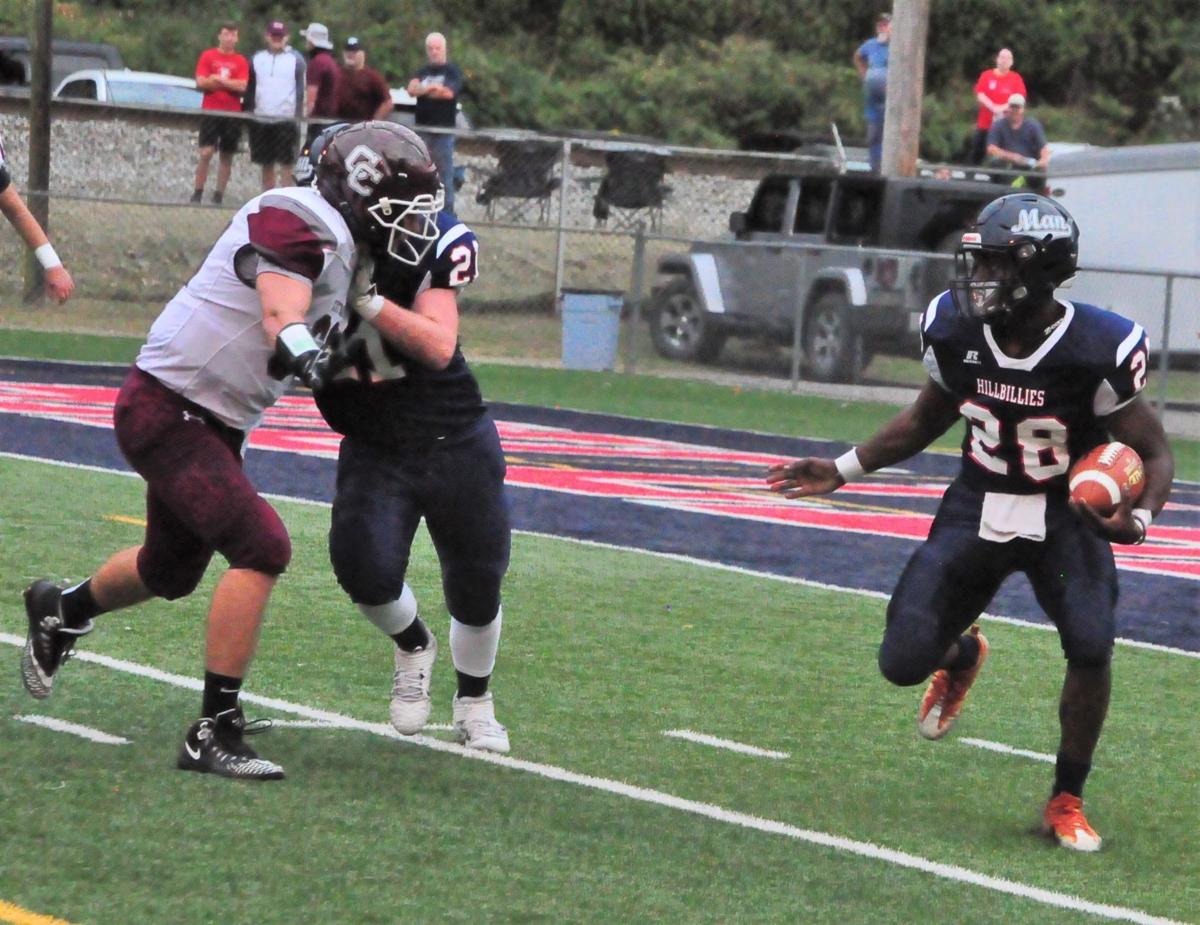 Man High School’s Josh Moody looks for room to run in the Billies’ 19-0 loss at home to Wheeling Central on Sept. 25. 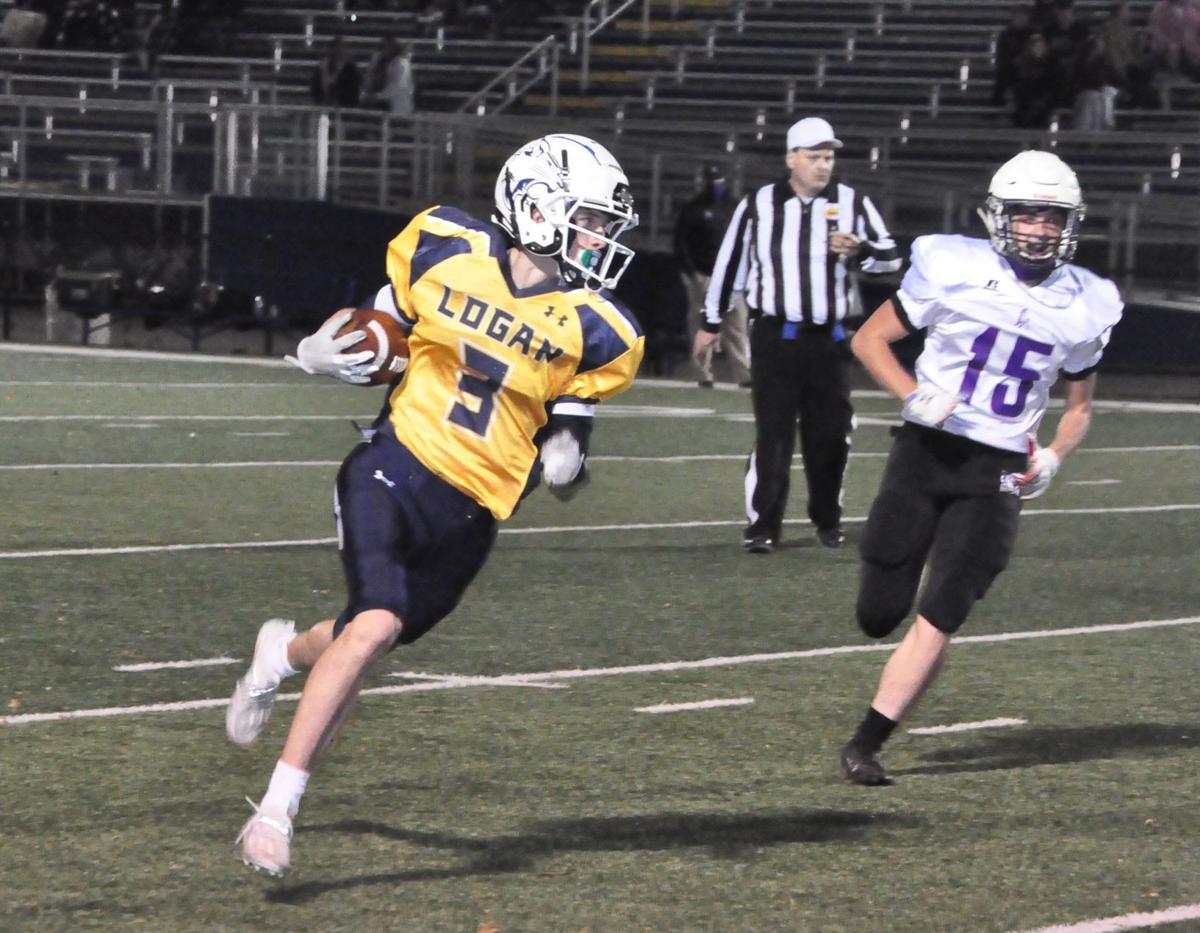 Logan High School’s Carson Kirk (3) runs with the ball in the Wildcats’ 32-6 win over James Monroe on Nov. 6 at Logan. 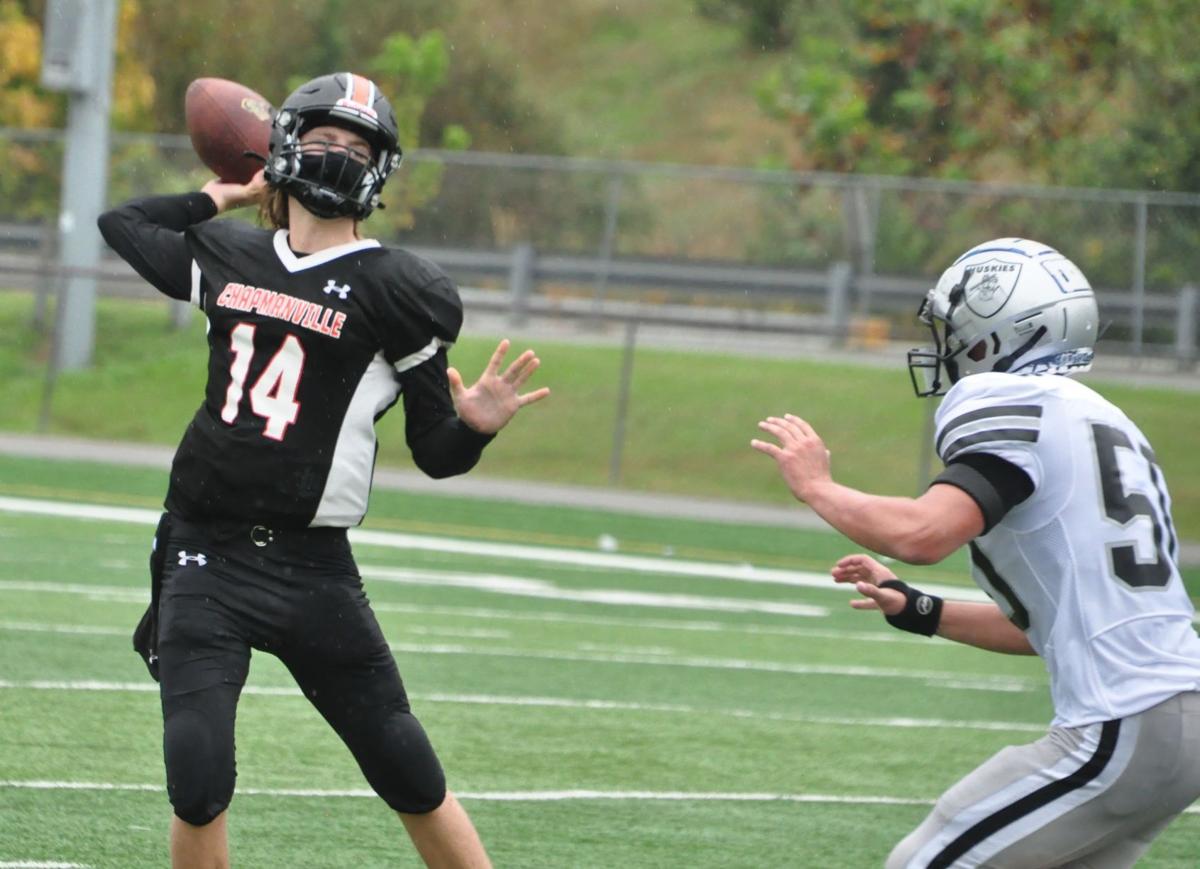 Man High School’s Josh Moody looks for room to run in the Billies’ 19-0 loss at home to Wheeling Central on Sept. 25.

Logan High School’s Carson Kirk (3) runs with the ball in the Wildcats’ 32-6 win over James Monroe on Nov. 6 at Logan.

We will never know what could have been.

What could have been for the Man, Logan and Chapmanville high school football teams had they been able to play an entire season.

Last week, the abbreviated, strange 2020 prep football season came to a close for the Hillbillies, Tigers and Wildcats.

And what a weird season it was.

With the ongoing COVID-19 pandemic and color-coded maps, high school teams from across the state practiced when they could and played against teams they could find under the restrictions.

That made for some unusual matchups all around.

Friday night lights went out and teams played whenever they could — Saturday afternoons, Monday nights, Tuesday nights, Wednesday nights and even some Sundays.

Man, competing in Class A for the first time in five years, ended up with a 4-4 record and had the most success among the county teams. Logan won its last two games and finished 2-4, while Chapmanville Regional closed up shop early due to COVID-19 concerns, and had a 2-3 record.

Out of Man’s eight games, three were against teams that were not originally on the schedule.

After the WVSSAC wiped out Week One the last weekend of August, that knocked out the opener with Logan. Man then had games against Mount View, Westside and Mingo Central canceled.

Then after the game with the Maroon Knights, Man rescheduled the game with Mingo Central and beat the 2A Miners 28-24 on Sept. 30 atop Miner Mountain.

Man then had games at Buffalo and at Calhoun County canceled before hitting the gridiron on Oct. 16 and falling 40-21 to Class AA Point Pleasant.

Then the following Tuesday on Oct. 20, Man added 2A Herbert Hoover to the schedule and lost 42-12 to the Huskies at Man.

The Hillbillies followed that up with a resounding 44-6 win at county rival Logan on Oct. 28.

Three days later on Saturday, Oct. 31, Man lost 34-7 to Class AAA George Washington in an afternoon matinee at home in another added game.

The Billies closed out with two road wins — taking a 26-0 victory at James Monroe on Nov. 3 and then winning 19-14 at Buffalo on Nov. 6 in a rescheduled game.

Cameran Frye led Man’s ground game this season with 72 rushes for 401 yards and five touchdowns. Josh Moody, who was injured and missed some action, had 62 carries for 322 yards and a score.

Fullback Erick Grimmett had 56 rushes for 235 yards and four touchdowns. Nick Plumley had another 131 yards on the ground and two scores.

Israel Canterbury, a junior transfer from Belfry, Ky., saw action at the beginning of the season before seeing his season cut short due to injury. He completed 17 of 30 passes for 243 yards with two touchdowns and two interceptions.

Jeremiah Harless was 25 of 68 in the air for 551 yards with six touchdowns and two picks.

On the defensive side of the ball, Erick Grimmett led the Billies with 67 tackles and a sack. Justin Grimmett had 63 stops and four interceptions.

Harless had 54 tackles and three picks. Frye had 49 tackles, while Nick Plumley had 38. Jayden Moody had 32 tackles and an interception. Xander Mullins finished with 37 tackles. Kenny Greene had 25 tackles. Chris Isaacs had 23 and a pick.

Coach Jimmy Sheppard’s Wildcats opened the season on Saturday, Sept. 26 at Chapmanville and lost 20-6 to the Tigers. The game had only been announced two days before. Logan’s games with Man, Sissonville, Mingo Central and Poca/Tug Valley were canceled before that.

Logan then lost 22-12 at Tug Valley on Oct. 2 and saw its program shut down for two weeks following the positive test of the player due to coronavirus.

Games against Westside, Tug Valley and Chapmanville were called off before the Wildcats traveled to Richwood on Oct. 24 and lost 39-28 to the Lumberjacks.

Some of Logan’s players were able to put up big numbers this season.

Quarterback Jordan Hayes was 102 of 143 passing for 1,169 yards with nine touchdowns and three interceptions. Hayes had a big night for Logan in the finale, completing 35 of 44 passes for 410 yards against the Mavericks.

Hayes was also Logan’s leading rusher this season with 60 carries for 377 yards and four scores.

Aiden Slack and Cameron Hensley both had big seasons on the receiving end. Slack reeled in 41 passes for 534 yards and three touchdowns. Hensley had 27 grabs for 422 yards and four scores.

Brice Davis had 52 tackles and two sacks, while Kolton Goldie had 51 stops.

Games against Sissonville, Poca, Winfield and Nitro/Oak Hill were canceled to start the season before the Tigers beat Logan in the opener on Sept. 26.

Chapmanville’s Oct. 2 game at Summers County was then called off due to COVID-19 concerns,

The Tigers then hosted North Marion on Saturday, Oct. 10 in an added game to the schedule and lost 43-0. Chapmanville followed that up with a 28-14 loss at Wayne on Oct. 16.

Four days later in Oct. 20, CRHS lost 46-16 at home to Lincoln County in another added game to the schedule.

Chapmanville then played one more time, another Saturday afternoon game, as the Tigers beat Nitro, 38-28, on Oct. 30.

The season ending game with Man was cancelled following a positive test by a CRHS player.

Quarterback Brody Dalton was 42 of 79 passing for 740 yards with three touchdowns and six interceptions on the season.

Caleb Whitt led the Tigers’ balanced ground game with 60 rushes for 254 yards. Jaxson Turner had 61 carries for 238 yards and five touchdowns. Dalton had 124 rushing yards and a score.

On the defensive end, Josh Atwood had 26 solo tackles, 12 assists and a sack on the season. Evan Plumley had 22 solos and 11 assists.