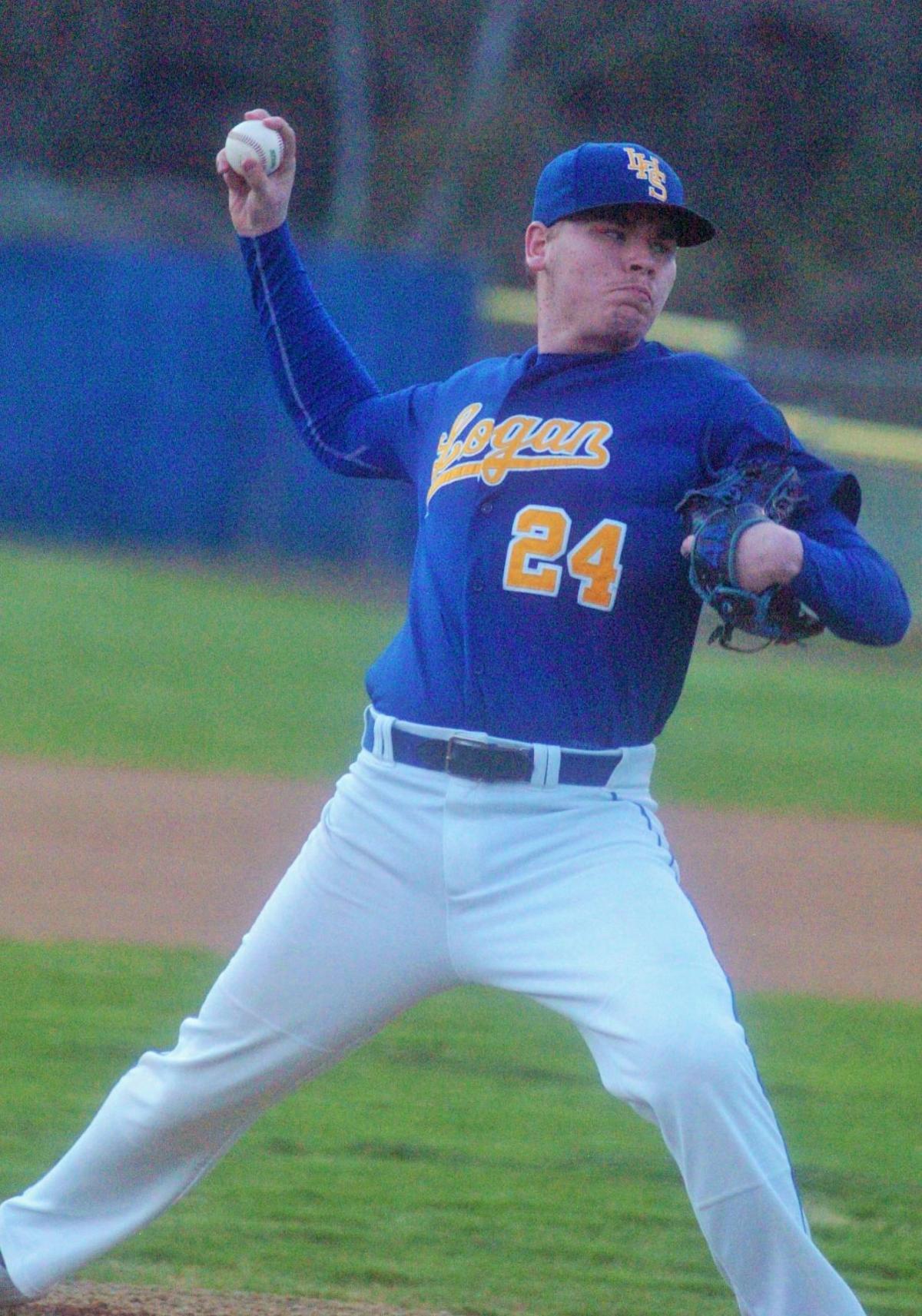 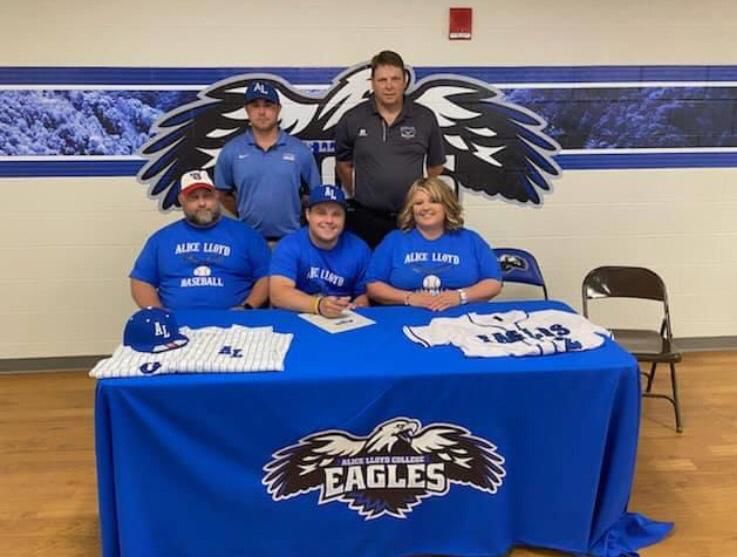 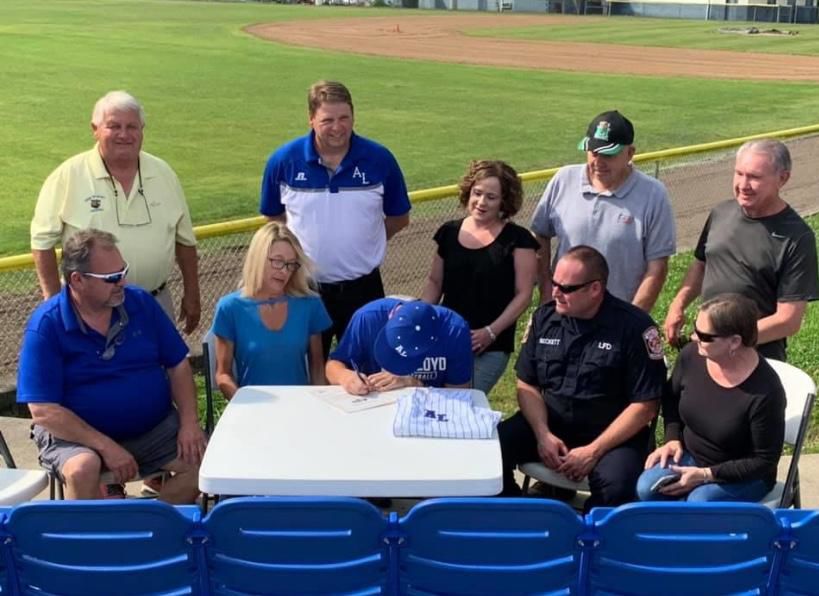 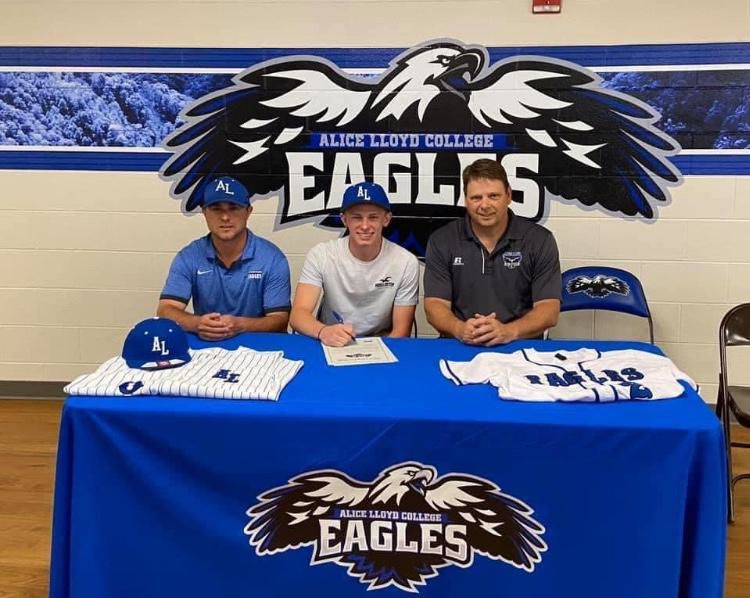 Alice Lloyd College continued its baseball pipeline to Logan County and the southern West Virginia coalfields with the signings of four players.

A fourth player, Logan’s Ethan Carter, is expected to sign with the Eagles on Wednesday.

That puts the total number of coalfield baseball players at Alice Lloyd College up to 11 for the 2021 season.

Earlier in the signing period, Man’s Dylan McCormick and Logan’s Connor McGrew had inked with the Eagles.

“Dawson Beckett signed with Alice Lloyd,” Logan baseball coach Kevin Gertz said. “Ethan Carter is also going to be signing there so that will be three of our seniors going to Alice Lloyd. Braydon McClung is also going to be going to West Virginia Tech. Four out of our five seniors will be going to play college ball. Connor McGrew had signed back before we canceled school. They are getting a bunch of Logan County kids that’s for sure. That’s good that a bunch of kids will be going over there that know each other.”

Beckett was a top pitcher for the Wildcats, while Carter primarily saw action behind the plate at catcher.

Neither got to play this year as the entire 2020 baseball season and spring sports seasons were canceled.

“That’s a shame because they didn’t get to play,” Gertz said.

The Eagles saw their 2020 season cut short back in March due to the COVID-19 crisis.

Alice Lloyd had just played a series early March games in Vero Beach, Florida, the former winter home of the Los Angeles Dodgers and on the return trip back played a pair of games on March 10 in the Smokies Classic in Pigeon Forge, Tennessee, falling 9-1 to Union (Ky.) and 7-1 to Johnson University before the season was halted, then later canceled.

The Eagles finished at 6-4 on the abbreviated season.

“They’ve done really well and they are all great kids,” Cornett said in an earlier interview. “We have seemed to find a little niche there will those kids and we’ve got a little pipeline going there (from southern West Virginia). We’ve had good success there and they fit in well. They have good talent and we think that they will all have good careers here. We look forward to coaching them and having them here with our program. They will all get another year back so we have to look at the bright side of this and hopefully we will improve even more.”

Cornett said the Logan and Boone players have fit in well with the Eagles.

“Noah’s been starting in the outfield for us,” he said.

“Tjay has been playing a lot of shortstop for us. Peyton Branham and Peyton Brown have been two of our top starters. They have all done well and they are young freshmen and sophomores. We’ve got a really nice chance of building a nice ball club. These kids have had a big opportunity to make a huge impact right off the bat. We also have Isaiah Beckett from there and he’s done really well and has improved a lot since he’s been here. He started out on the JV last year and he’s on the varsity this year. Those kids fit in here so well and they blend in so well with the other kids. There’s a lot of quality kids and quality talent from there. We’re going to keep working at it as hard as we can to get those kids.”

Gertz said Branham had been pitching well for ALC.

“Peyton is down there and was having a heck of a year,” he said. “He had a high national ranking this season for what little bit he got to pitch. “He and Dawson were our best pitchers a couple of seasons ago. Hopefully, they can be in the rotation there at Alice Lloyd. That would be awesome.”

Gertz said Carter has been the Wildcats’ starting catcher for a couple of years now.

“I think he caught a few games in our freshman year. He’s a very good defensive catcher and blocks the ball really well. He had improved every year and his arm strength at the beginning of this year looked phenomenal. I was really impressed. He and Dawson worked really hard in the off-season. Ethan probably lost 30-40 pounds to get ready for this season. It’s a shame because these kids have put in all of this time and have worked so hard to get in shape and to be the leaders that we were expecting them to be and then they didn’t get to play.”

This past Thursday through Saturday would have been the scheduled state tournament at Charleston’s Appalachian Power Park.

“Dawson had it on his calendar, the day that he signed on Thursday, that would have been the first round/semifinals of the state tournament,” Gertz said.

Gertz said the Logan Little League is planning on having regular season games for the rest of the summer and that’s good news that some baseball will be getting played. There will not be any all-star tournaments, however.

“I think Logan is going to have Little League. Madison and Chapmanville aren’t. I don’t think Man is but I’m not for sure,” Gertz said.

“A lot of the kids from the other areas have come to sign up. There’s something like 200 kids in the Logan Little League this year. There’s going to be a lot of ball being played. But there will be no all-stars or no state tournament. But at this point it does not matter. It’s good just to get the kids out of the house and get some sense of normalcy started up again.”