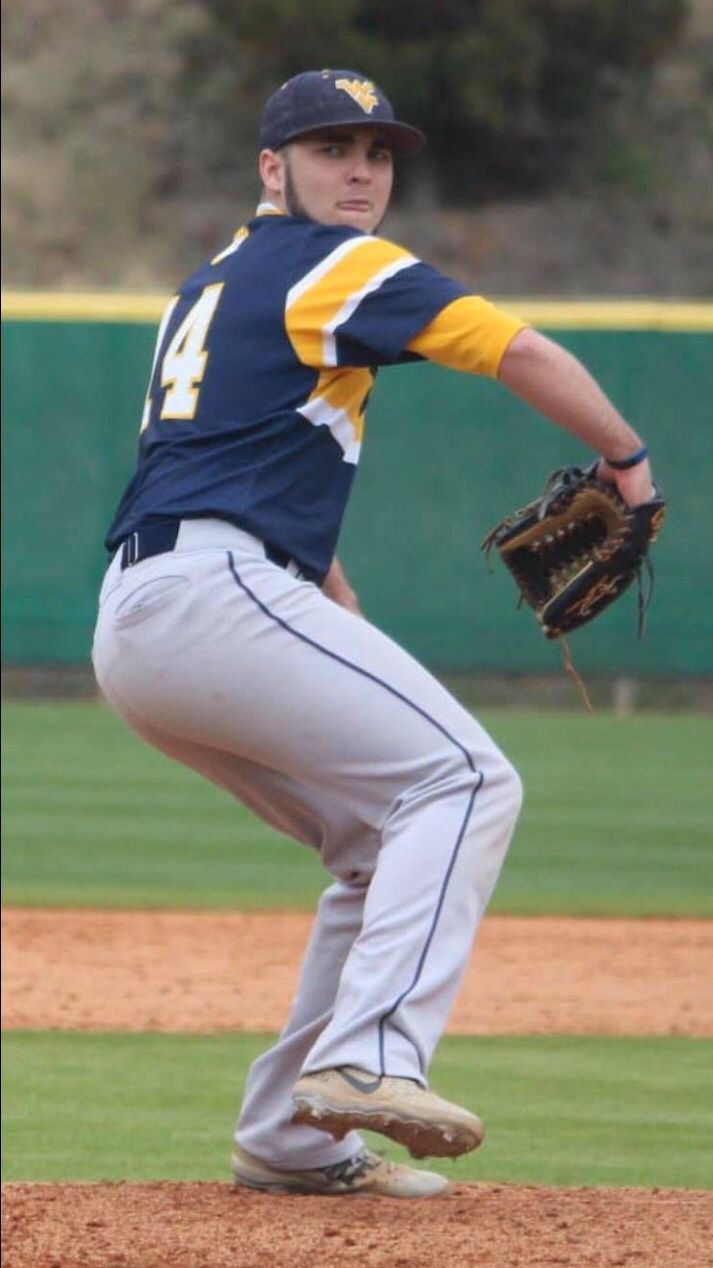 Chapmanville native Trey Dalton pitches in a game for WVU Tech. He saw his senior season, and baseball career as a whole, come to a close due to the NAIA shutting down the season over COVID-19 fears. 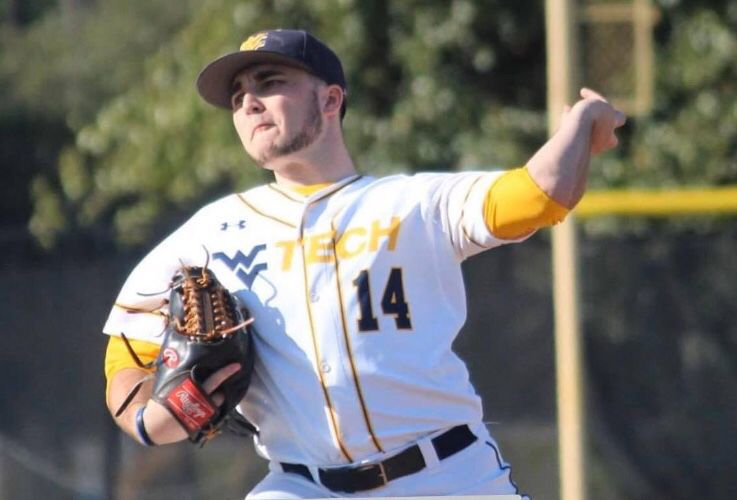 Trey Dalton delivers a pitch in a WVU Tech game.

Chapmanville native Trey Dalton pitches in a game for WVU Tech. He saw his senior season, and baseball career as a whole, come to a close due to the NAIA shutting down the season over COVID-19 fears.

Trey Dalton delivers a pitch in a WVU Tech game.

Baseball has always been a part of Trey Dalton’s life ever since he was 4 years old when he was a bat boy, and then soon after, a Little Leaguer.

Dalton, a Chapmanville native and Chapmanville Regional High School graduate, saw his baseball career at WVU Tech come to an abrupt end as collegiate baseball was shut down due to the COVID-19 pandemic across the United States and the world.

Dalton, a senior at WVU Tech, had hoped to finish out the Golden Bears’ 2020 season, but now has some life choices to make.

“Thank you baseball for the great and wonderful 18 years you gave me,” Dalton said in a Tweet. “The friends, memories, and time I had on the baseball field will be cherished forever. To all my family, coaches and mentors that helped me along the way I will forever be in your debt.”

Since the NCAA and the NAIA, which WVU Tech is a part of, allowed its athletes an extra year of eligibility, that gave Dalton and others the chance of coming back.

Dalton, however, said he will be moving on with his life.

There will be choices there to make as well.

“I majored in Athletic Coaching Education,” Dalton said. “My plans are to either become a certified teacher and coach or go on and continue school to be a PTA and work for my uncle Derek Dalton at Rebound Physical Therapy. Right I’m going to discuss everything with my family and make the best choice possible.”

Dalton, a left-handed pitcher for WVU Tech, said it was tough to see his baseball playing days come to an end, particularly this way.

The news was devastating.

“Life without sports is tough in me. I’ve been doing it since I was 4,” Dalton said. “It took a toll on me knowing that I might ever get to play again. This game has been such a big part of my life. To be honest with you I don’t know anything that being a ball player it’s kind of what I was born to do. I always knew it was going to come to an end but I wanted it to end walking off the field for the final time. I am pretty disappointed on how it ended my career but I was blessed to be able to play baseball and be around such great people during my time playing baseball.”

The Golden Bears had a 7-16 record so far in the 2020 baseball season before it was shut down.

Dalton had made three starts for WVU Tech this season and had a 1-1 record. He had struck out seven and walked seven in 10 2/3 innings of work.

In his four-year career, he was 2-7 and had pitched a total of 80 innings. He had 54 total strikeouts in four years.

WVU Tech’s last game was an 8-3 loss to Fisher College (Mass.) at the Shawnee Sports Complex in Dunbar on March 8. Earlier in the day, the Golden Bears beat Brescia University (Ky.), 11-6.

Dalton has this advice to all athletes.

“Play every game like it’s your last because you never know. Everyone should practice and play like every day is the last time you will be able to play the game you love,” Dalton said. “It can come to an end at any point in time, that’s why. Being a college athlete is something I always had dreamed of.”

Dalton said a relief outing against Pikeville University (Ky.) during his freshman season in 2017 was his most memorable moment with the Golden Bears.

“It was by first win,” he said. “I came in the game out of the bullpen down three with the bases loaded no outs and got out of the jam. The bottom of the inning three of my teammates hit back-to-back-to-back home runs to tie the game which led to my first victory. And the most special part about it was my grandpa was there to witness it.”

“The first person I spoke to later that week was my mentor Coach Ted Ellis who played a huge role in the pitcher I became from Little League through college. This last season was dedicated to him,” Dalton said.

As a prep player at Chapmanville, Dalton helped lead Coach Eric Ellis’ Tigers to the 2015 Class AA state tournament at Charleston’s Appalachian Power Park. Chapmanville saw its season come to an end at 30-6 with a 5-0 defeat at the hands of Bridgeport in the state finals. The Tigers had beat Oak Hill, 8-5, in the state semifinals.

Dalton said once a Tiger always a Tiger.

There was no experience like it,” Dalton said. “To play on coach Ted Ellis’s field and to wear the orange and black was so special to me. Playing for Chapmanville was a dream of mine when I was just 4 years old being the water boy for Coach (Danny) Godby on the boys’ basketball team and the bat boy for the baseball team as well. I grew up watching guys like Casey Bowling, Brandon Pritchard, who always set a good example of what it meant to wear the orange and black. It was such a blessing to play in front of some many friends, family, and fans that loved Chapmanville sports just as much as I did.”

“One of the most competitive pitchers I’ve ever coached,” Ellis commented on Facebook. “I knew when I handed you the ball we were more than likely coming out with a ‘W.’ It was a great ride!”

Dalton was First-Team All-Cardinal Conference pick and an All-State selection as well.