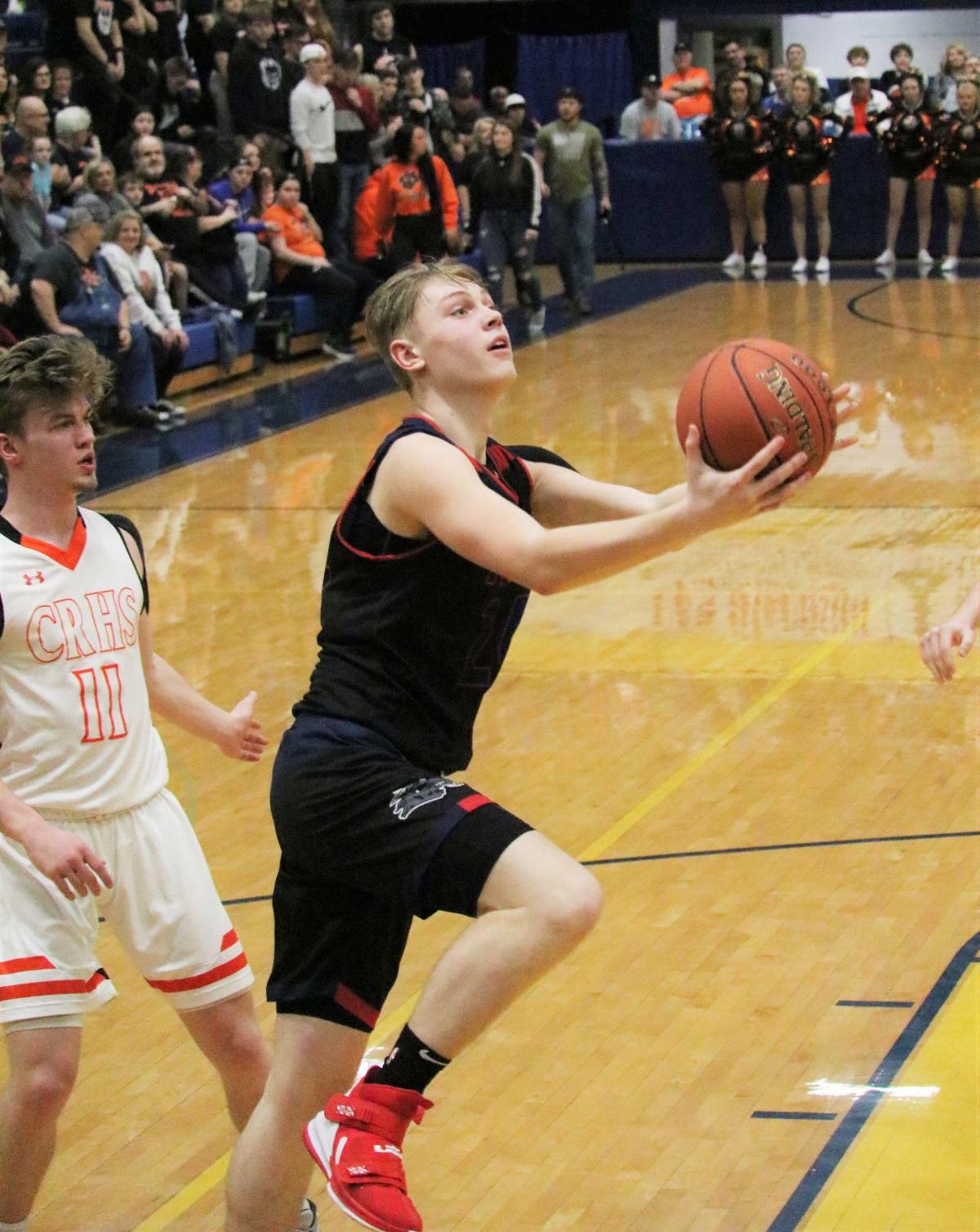 Man’s Caleb Blevins flies in for two in the Billies’ 69-42 loss to Chapmanville on March 3in the Class AA Region 4 Section 2 semifinals at Logan. 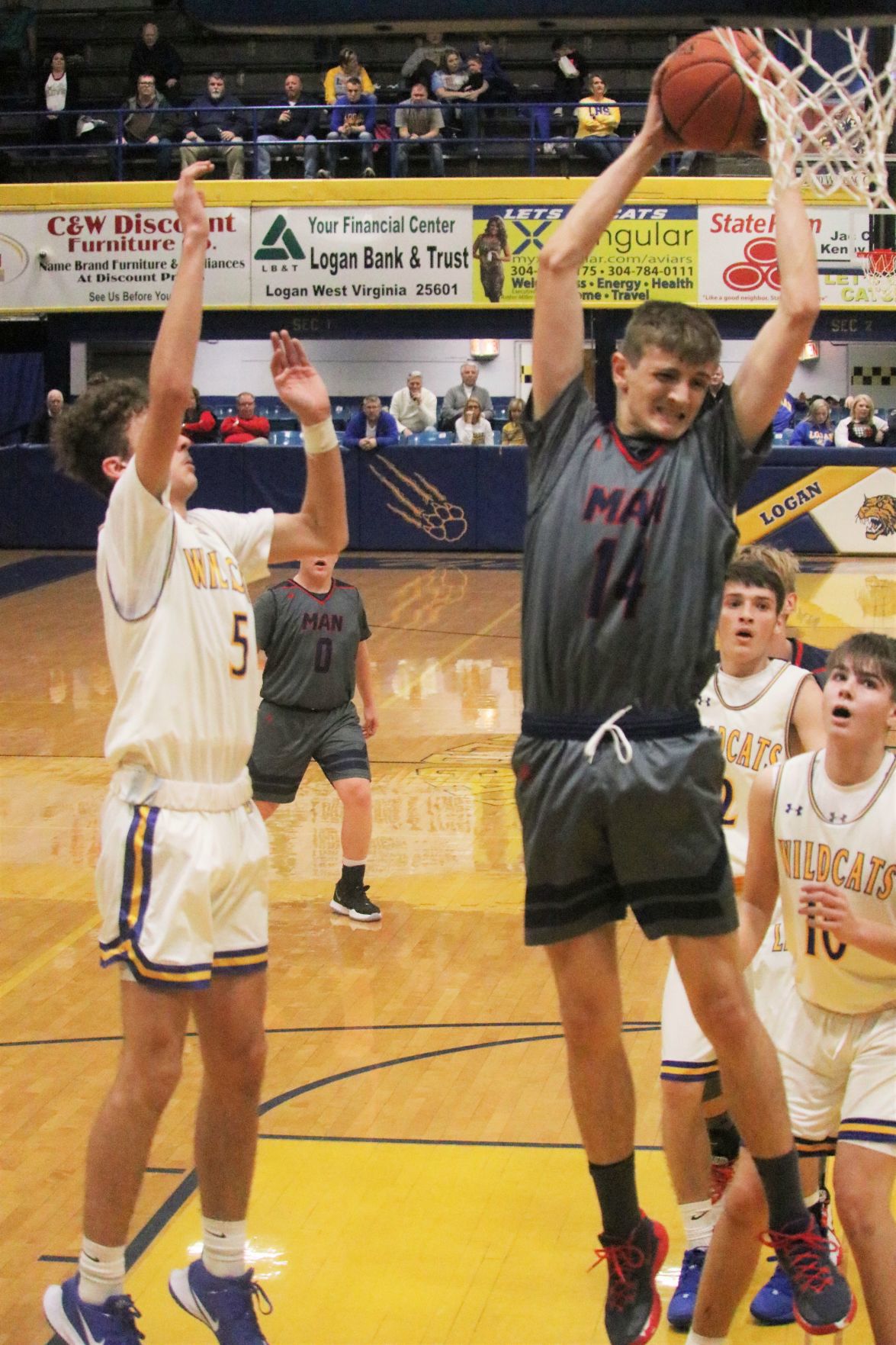 Steven Browning/For The Logan Banner Man High School's Austin Ball pulls down a rebound in the Billiles' 71-57 loss at Logan on Friday, Feb. 14, 2020.

Man’s Caleb Blevins flies in for two in the Billies’ 69-42 loss to Chapmanville on March 3in the Class AA Region 4 Section 2 semifinals at Logan.

Steven Browning/For The Logan Banner Man High School's Austin Ball pulls down a rebound in the Billiles' 71-57 loss at Logan on Friday, Feb. 14, 2020.

The Hillbillies had finished their 2019-20 season back on March 3 with a 69-42 loss to Chapmanville Regional in the Class AA Region 4 Section 2 tournament.

The Billies closed out at 18-6 and with no seniors, the future looks extremely bright for coach TJ Blevins and the Man hoopsters looking forward to the 2020-21 roundball campaign.

Man had competed as a Class AA school the last four seasons, and were in fact, the smallest Class AA team in the state.

But that will all change next season when Man will go back to Class A status.

It will still be difficult, but Man will be playing in a new Single-A sectional with Tug Valley, Tolsia, Van and Sherman. Tug Valley had advanced to this year’s Class A state tournament after a regional win over Parkersburg Catholic, however, the state tourney was suspended to to the COVID-19 outbreak.

With its entire team in tact coming back next season will we be seeing something truly magical from the Billies?

Man’s 18 wins this season were a school record. Just three years ago, the Billies had suffered through an 0-22 winless season.

“It was a historical season and next season the sky is the limit,” said Man assistant coach Bill Lusk. “It’s been a great year and one that no one saw coming not even us coaches. We never imagined that we would win 18 games this season. We thought we would win 14 maybe 15 games but the kids far exceeded expectations this season. We set records for most regular season wins with 17 and most wins in school history with 18. We even saw Caleb Blevins knock down 10 3’s in a contest to set a new school record.”

It was a big year for the Billies.

Man was led this season by 6-5 sophomore Austin Ball, who averaged 19.2 points and 9.5 points per game. He closed out the year with 12 double-double performances. Ball also had a team-best 49 blocked shots.

Caleb Blevins, a 6-3 sophomore, averaged 13.3 points a game and was Man’s top 3-point shooter, sinking 53 from beyond the arc.

Peyton Adams, a 5-8 junior guard, checked in at 9.6 points per contest this season. He dished out a team-high 100 assists and made 38 shots from 3-point land.

Jackson Tackett, a 6-2 sophomore, averaged 8.7 points per contest this year for Man. He had 207 rebounds, second on the team to Ball, and had six double-doubles.

Jeremiah Harless, a 6-3 junior, averaged five points a game this season for Man.

Christian Toler, a 5-10 sophomore, checked in at 4.7 points per contest this year.

Three-point shooting was the name of the game for the Billies this season.