Chapmanville Regional High School's Brody Dalton (14) battles for a rebound with Scott's Isaac Setzer in the Tigers' 54-53 loss to Scott on Tuesday, March 30, 2021 at Chapmanville. 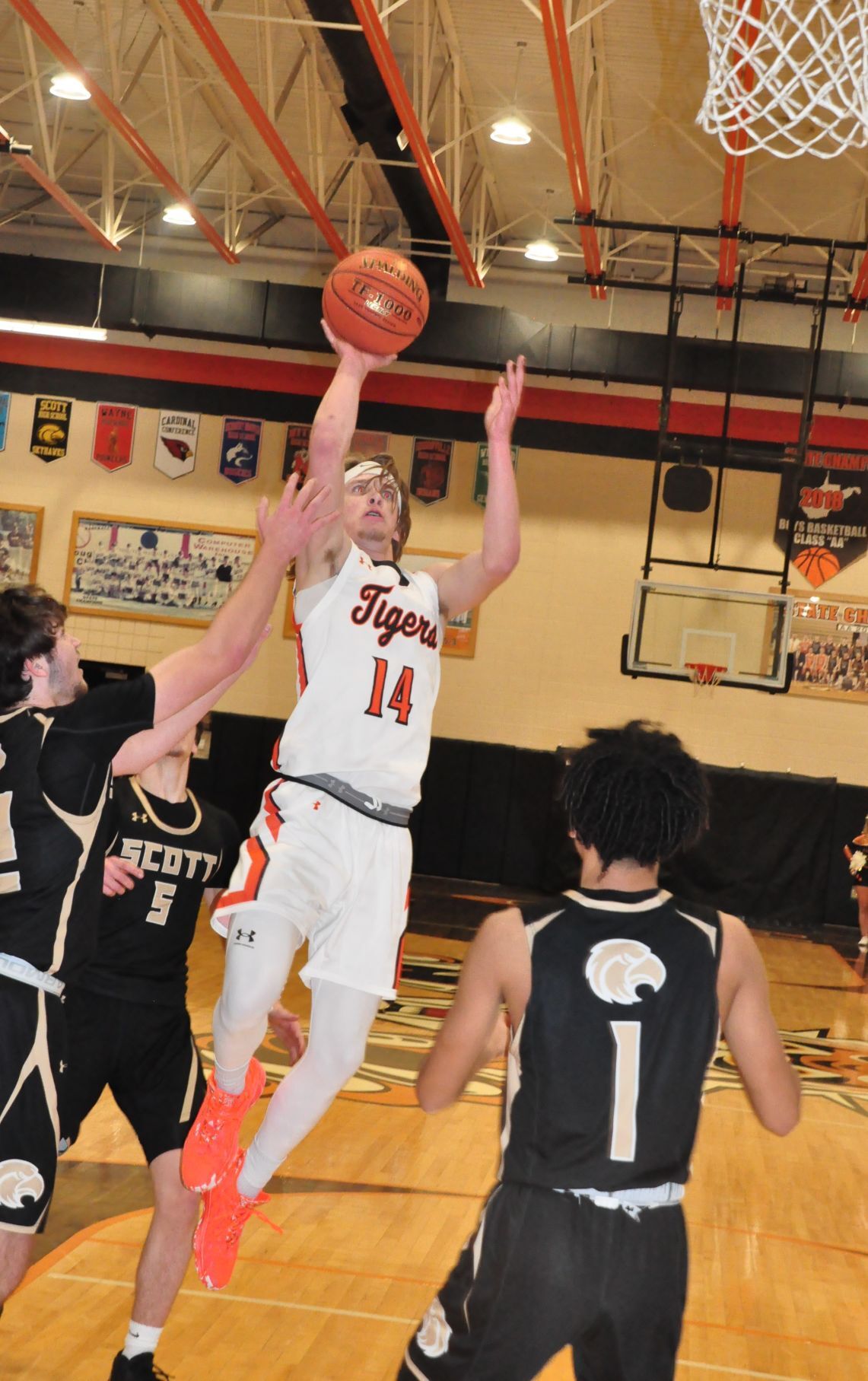 Chapmanville’s Brody Dalton flies into the lane for two points. 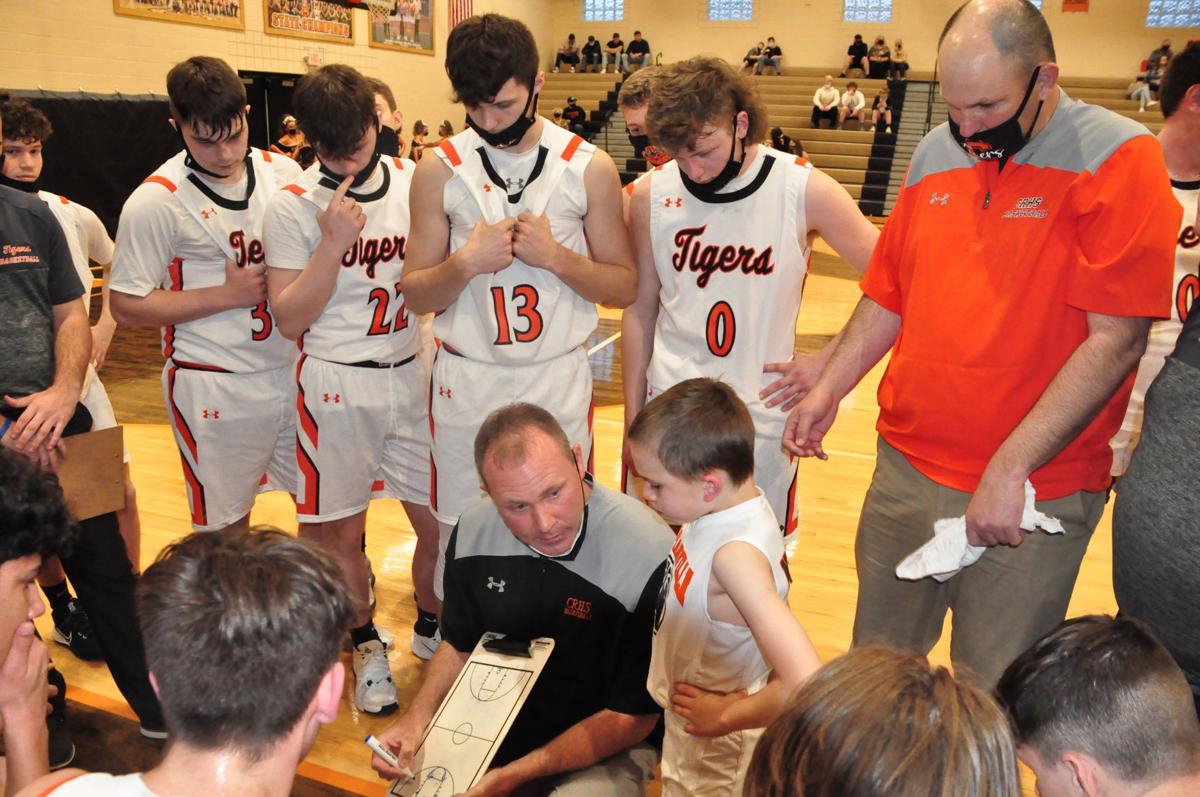 Chapmanville coach Brad Napier talks to his team during a timeout. 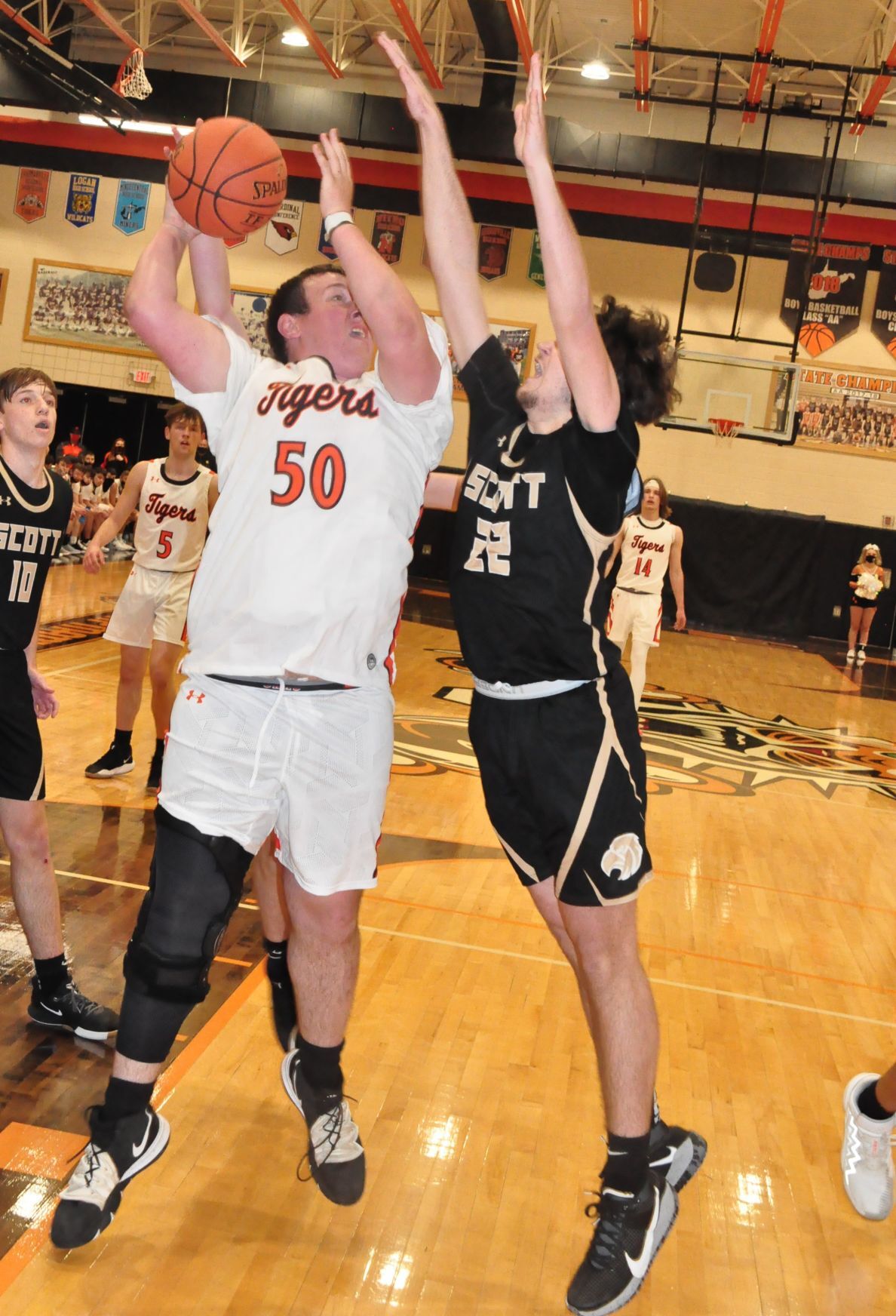 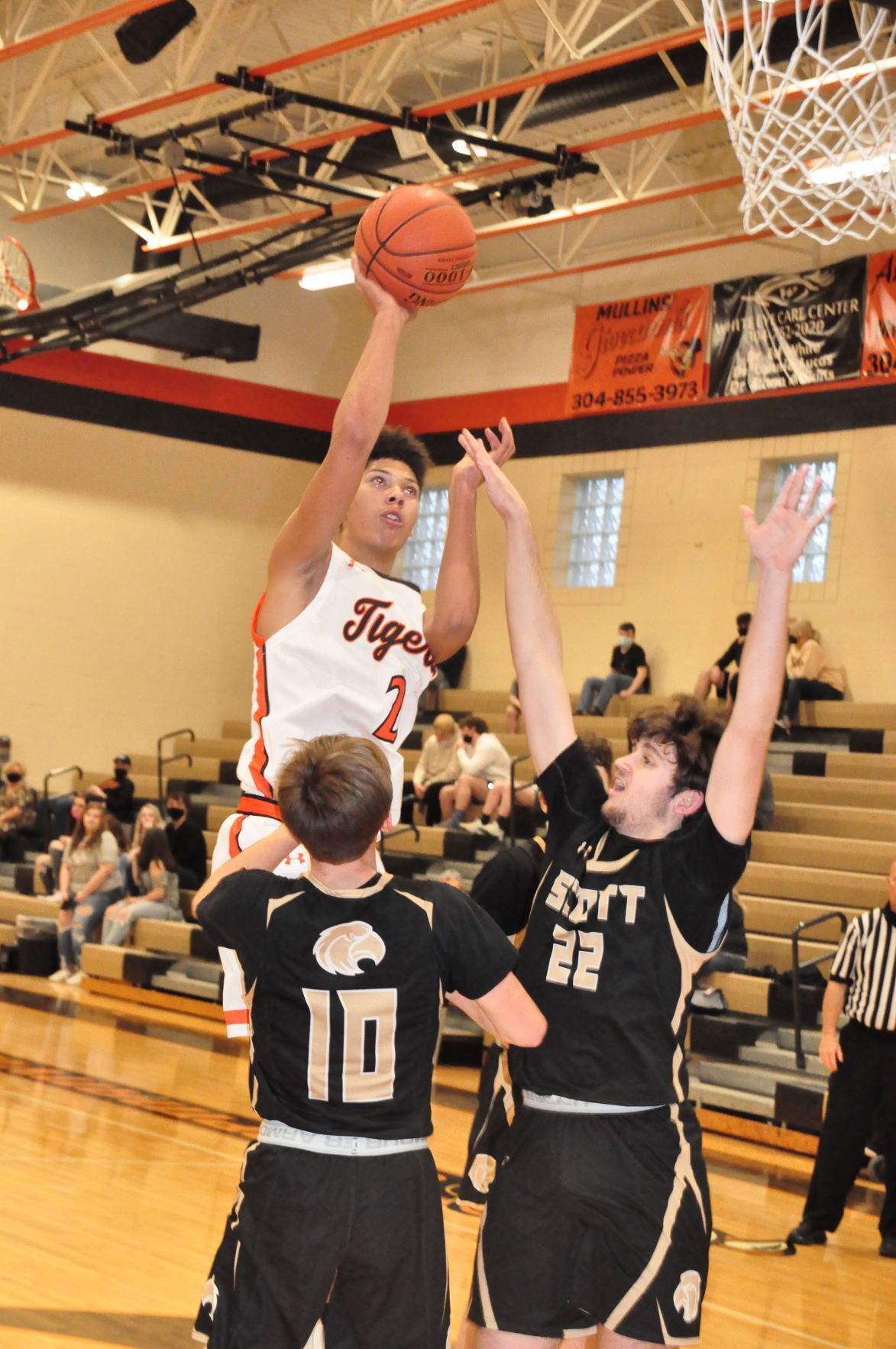 Chapmanville Regional High School's Brody Dalton (14) battles for a rebound with Scott's Isaac Setzer in the Tigers' 54-53 loss to Scott on Tuesday, March 30, 2021 at Chapmanville.

Chapmanville’s Brody Dalton flies into the lane for two points.

Chapmanville coach Brad Napier talks to his team during a timeout.

CHAPMANVILLE — Wednesday was an unofficial holiday at Scott High School and the City of Madison.

It was Reece Carden Day.

Carden, a sophomore guard, drilled a top-side 3-pointer at the buzzer, lifting the Scott High School boys’ basketball team to a 54-53 win at Corridor G rival Chapmanville on Tuesday, March 30.

It was one of a trio of 3s Carden hit on the evening as the Skyhawks overcame a nine-point third quarter deficit.

The win was a much needed one for the Skyhawks, which improved to 3-7 and broke a five-game skid. It was a much needed win as Scott had suffered some close losses during the span, including a 75-73 setback at Capital on March 20.

It almost didn’t happen, however.

The Skyhawks then had their chances and got good looks at the basket, including a trio of misses and a putback miss in the lane by Braxton Dolin with 36 seconds left.

Dolin, however, redeemed himself as he stole the ball away from the Tigers with 24 seconds left and Scott then called timeout with 17.7 ticks to go.

That set the table for Carden, who ripped the nets with his game-winning 3.

“He stepped up and hit a tough shot,” Scott coach Shawn Ballard said. “It was a situation that we had worked on at practice yesterday. We are a little stagnant getting to it. Their pressure disrupted us a little bit but it ended up being the shot that we wanted. We wanted it a little bit earlier on the clock but we are glad that we got it and it worked out.”

Cavin White led Scott with a 24-point game as he nailed six 3s on the night. Landon Stone tossed in 13 and Carden 11. Dolin added nine points.

Ballard said it was nice to get over the hump with a win.

“We were still making some of the mistakes that we’ve been making early on this year, not taking care of the ball and not finishing great around the rim,” he said. “And we’ve got to get better defensively. But tonight we found ad way to win. We’ve had a tough schedule and we’ve had six losses by a combined 16 points against good teams. We’ve lost close games to Capital, South Charleston and Herbert Hoover. We were kind of getting down on ourselves. When you are in that rut of losing it’s easy to keep losing. We dug deep tonight and didn’t give up even through we were down big.”

Scott also gained a measure of revenge of Chapmanville which had come to Scott just a week before and beat the Skyhawks, 59-53, on their home court.

The Tigers led 29-24 at the half and 33-24 in the early moments of the third quarter. Blevins supplied the nine-point margin with back-to-back hoops. It would be Chapmanville’s largest lead of the night.

Scott began to chip away.

Scott tied it again at 39 before Smith’s 3 gave Chapmanville a 42-39 lead after three quarters.

Scott later trimmed the deficit to just 52-51 with 3:00 left when White netted a pair of charity tosses.

Smith’s layup had given the Tigers a five-point lead at the break.