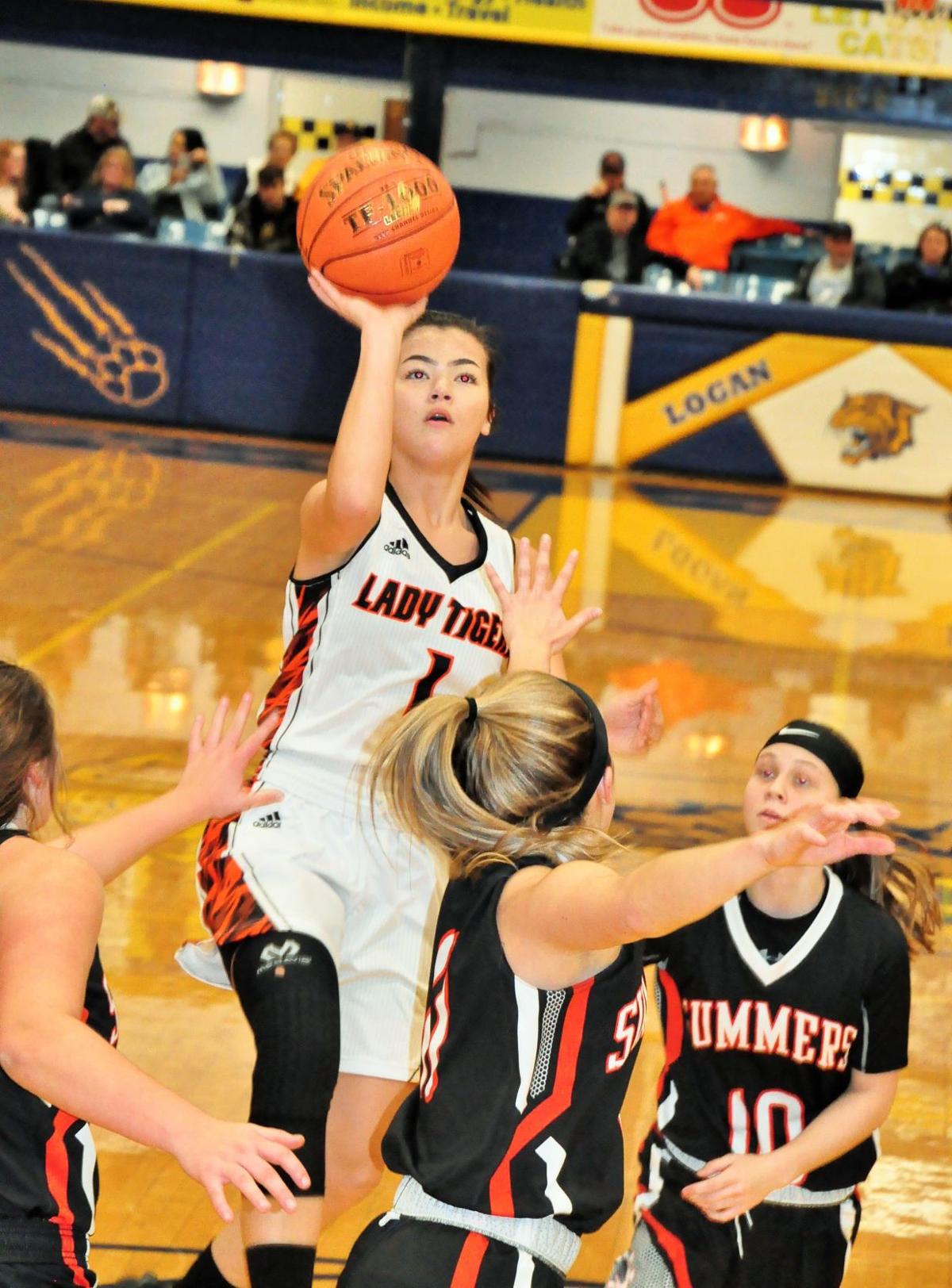 Chapmanville Regional High School’s Graci Brumfield drives in for a one-handed shot in the Lady Tigers’ 62-49 win over Summers County. 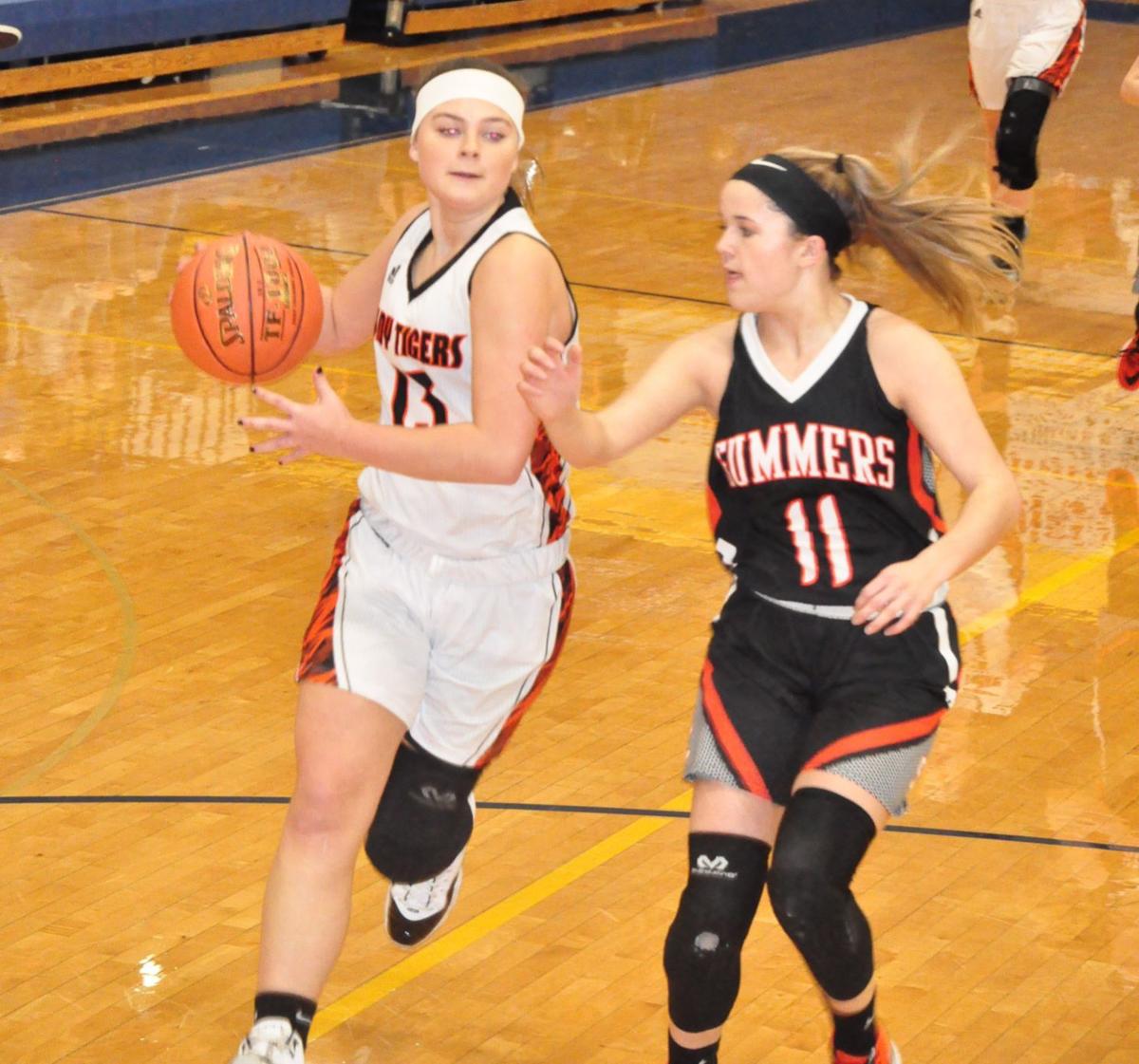 BOTH PHOTOS: Chapmanville Regional High School’s Ali Williamson drives down the lane in the Lady Tigers’ 62-49 win over Summers County on Friday at Logan. 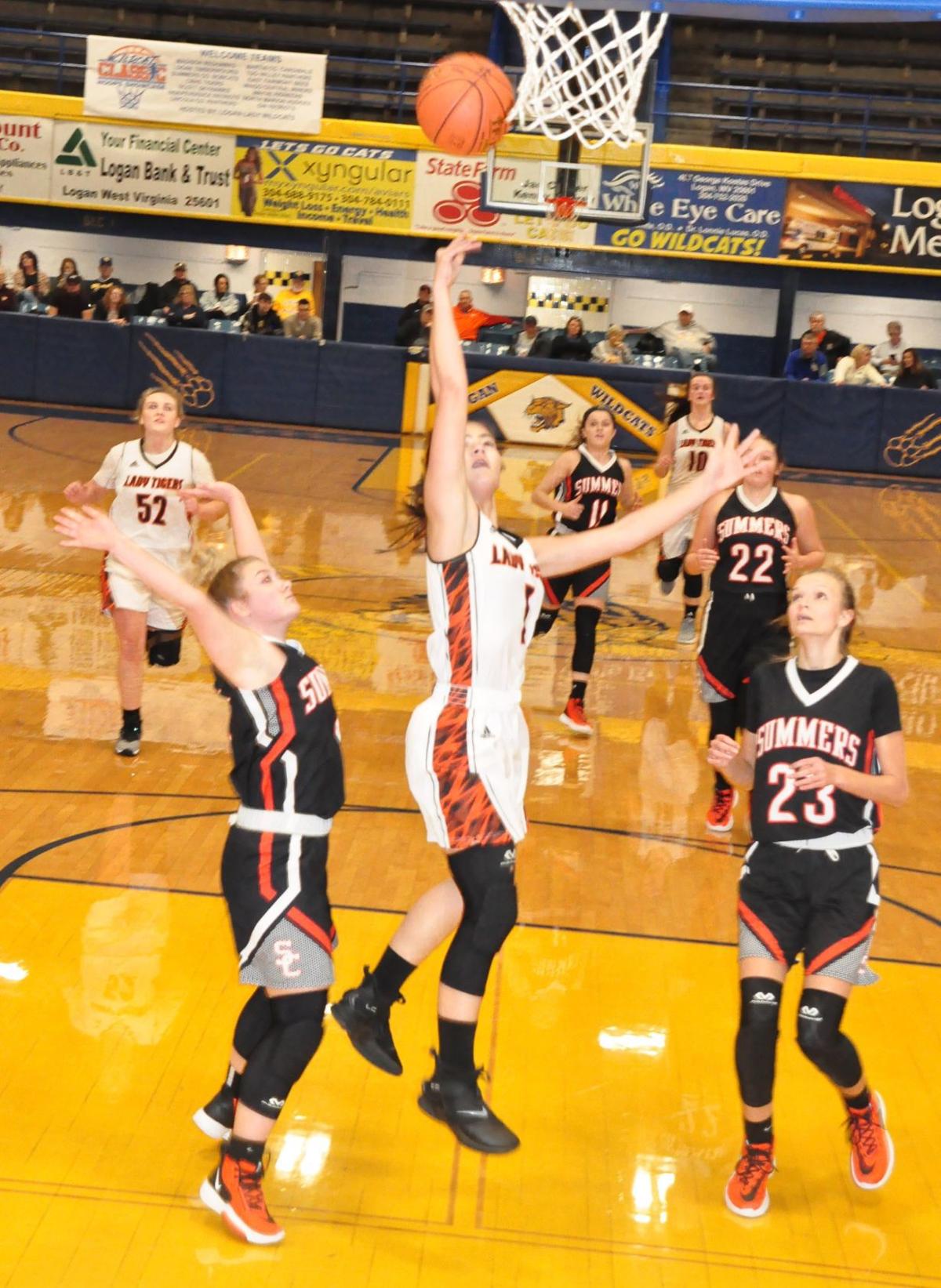 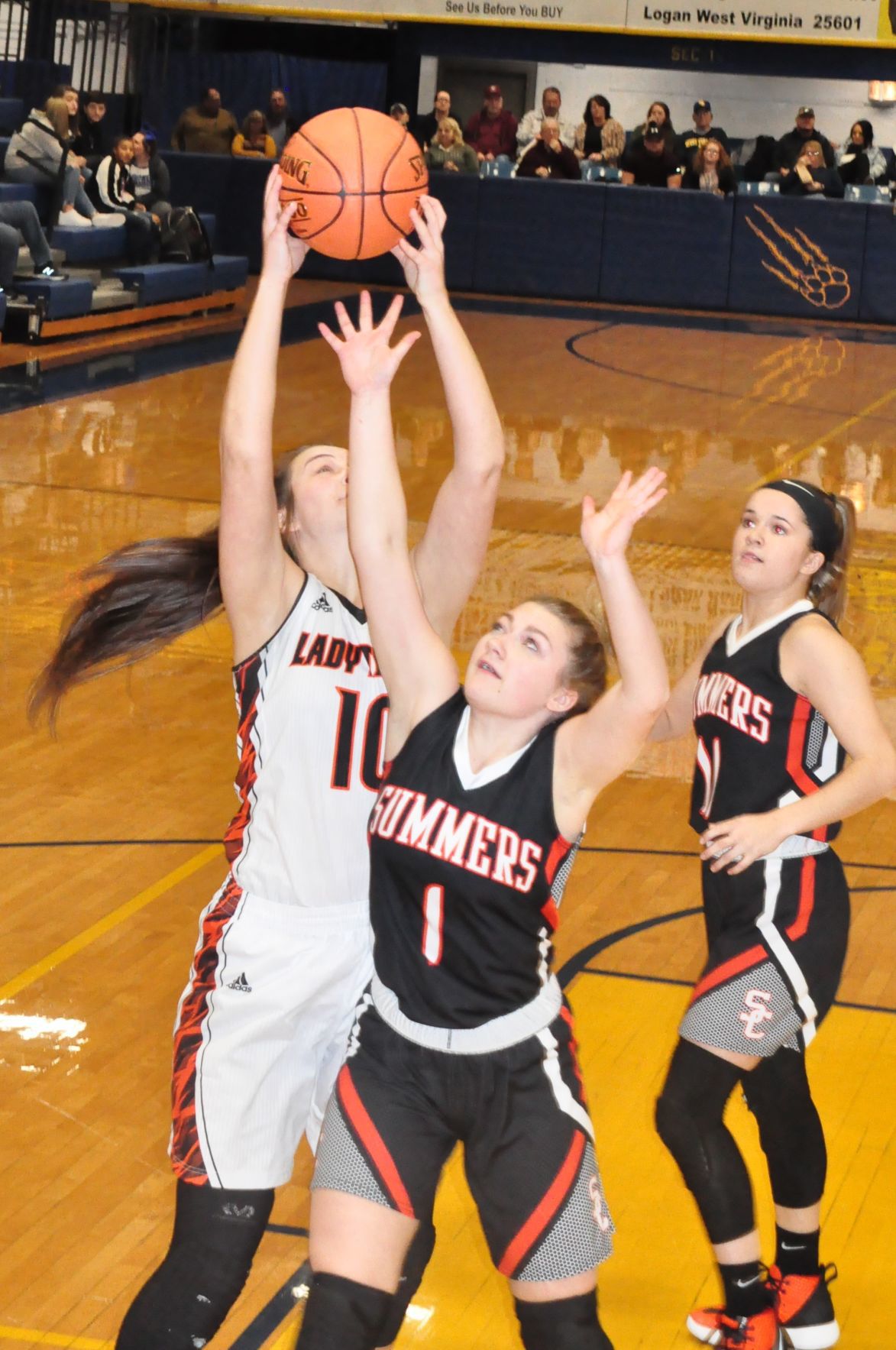 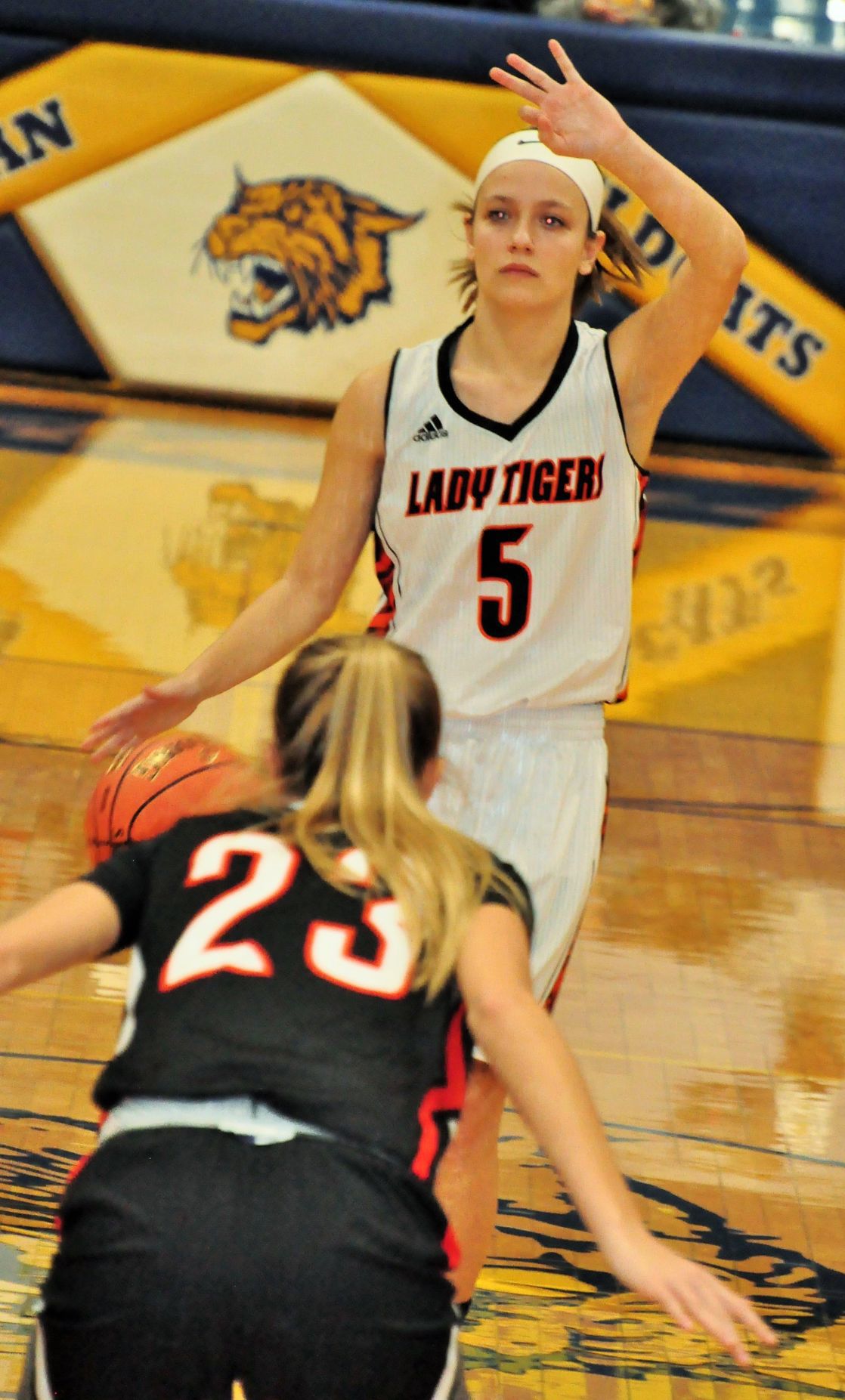 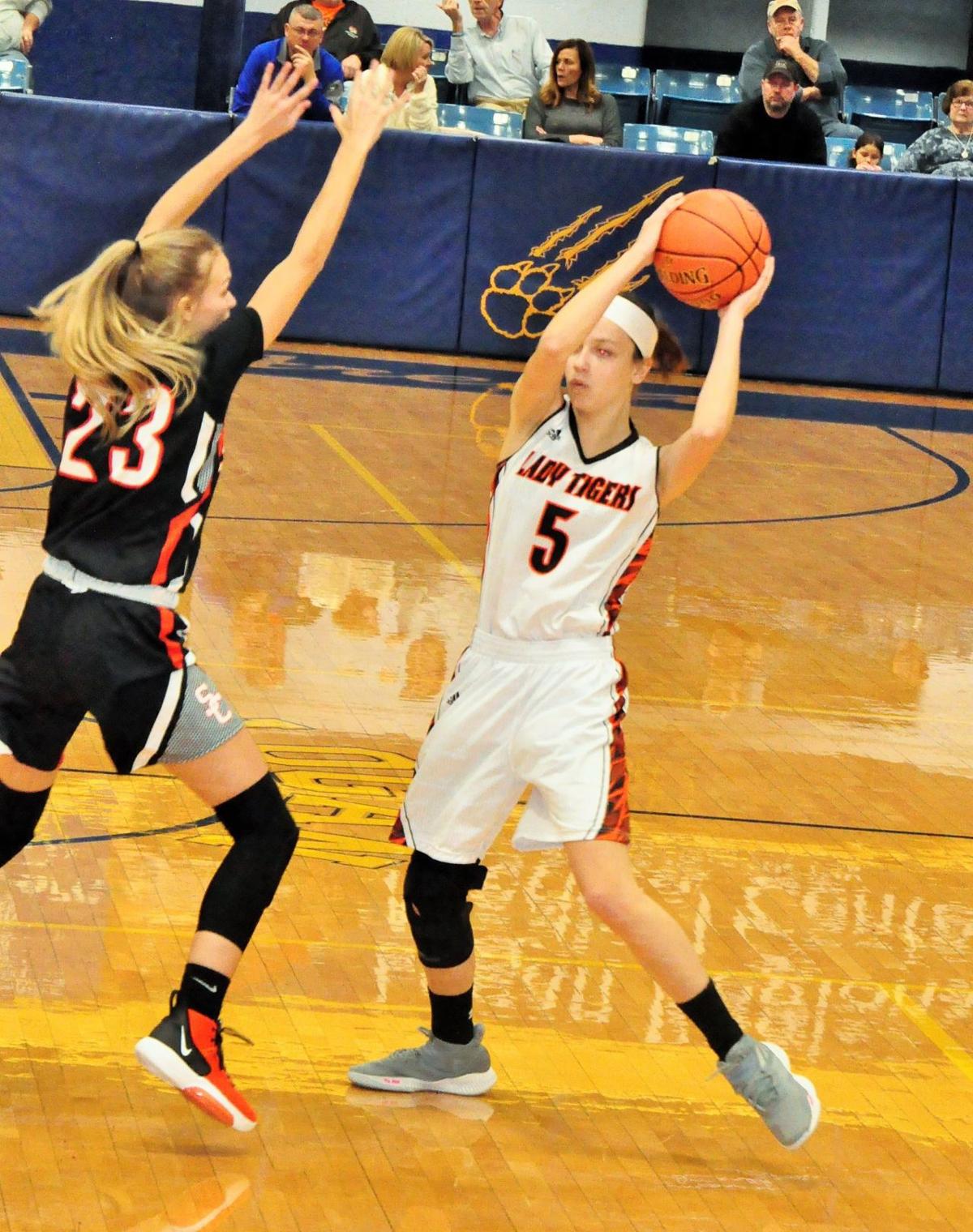 Chapmanville Regional High School’s Graci Brumfield drives in for a one-handed shot in the Lady Tigers’ 62-49 win over Summers County.

BOTH PHOTOS: Chapmanville Regional High School’s Ali Williamson drives down the lane in the Lady Tigers’ 62-49 win over Summers County on Friday at Logan.

LOGAN — There are many givens in life. Death, taxes, the Detroit Lions never making it to a Super Bowl.

Locally, another given has been seen over the years.

Summers County, a traditional Class AA state powerhouse on the girls’ basketball hardwoods over the years, has certainly had the Lady Tigers’ number.

The Bobcats have beaten Chapmanville almost yearly in the annual Summers County Christmas Tournament and also scored a 42-point win over CRHS in the 2011 State Basketball Tourrnament, the last time Chapmanville has made it there.

It was a sweet win for the Lady Tigers, which have tasted little success with the Bobcats over the years.

Chapmanville last played Summers County two years ago, falling 72-53. The Tigers did not return to Summers County last season, opting to play in the Morgantown holiday tournament over Christmas break.

CRHS coach Johnny Williamson said he was impressed by his team’s play. With the win, Chapmmanville improved to 5-2 on the season. Chapmanville had a long lay off for the holidays and hadn’t seen action since Dec. 13 in a 70-35 win at home over Sherman.

“It was a good quality win,” Williamson said. “We played Summers County the first two years that I coached and they wore us out pretty good. So this is a big win for us. They have some good quality players and they shoot really well.”

Four Lady Tigers broke into double digits in scoring, led by Graci Brumfield’s 20 points. Brumfield played well, using her quickness to score many of her hoops on fast break run-outs which resulted in layups.

“That’s probably the best that I’ve seen her play,” Williamson said of Brumfield. “She was really aggressive and she refused to lose tonight.”

Chapmanville led 20-19 after one quarter but got down 32-30 at the half in the back and forth game. Chapmanville’s 17-7 third gave the Lady Tigers a 47-39 lead. Chapmanville then outscored the Bobcats 15-10 in the fourth quarter.

Summers County jumped on top 34-30 early in the third quarter but Chapmanville soon began to take over.

Williamson’s putback with 2:49 left put CRHS on top for good, 38-37. Later, a Williamson 3-pointer and 15-footer gave Chapmanville its eight-point cushion after three.

Then with 2:33 left, Williamson extended Chapmanville’s lead to 15 points at 58-43 on a basket inside the paint.

That was the clincher.

“In the second half when they went up 34-30, from there on out we just outplayed them,” Coach Williamson said. “I thought Farmer rebounded the ball really well. Olivia has been hurt but she got to play. Some girls got off the bench that normally don’t play much. We had a girl get hurt in the first half so they had to.”

Chapmanville reserve Claire Dingess left the game due to an ankle injury.

“It was her ankle. She said she thought it was broke but I don’t think so. I think it was just a bad sprain. They did take her to the hospital,” Coach Williamson said.

The Lady Tigers also played the game without reserve Abbie Myers, who has transferred to Logan. She watched the game sitting on the stage wearing a blue and gold Logan High School warm up suit.

“She quit and went to Logan,” Coach Williamson said. “She decided to do that because she wasn’t getting enough playing time I guess so she decided that she wanted to go somewhere else to try it. So I wish her the best.”

CHAPMANVILLE 52, MARTIN CO. (KY.) 49: Chapmanville ran its record to 6-2 on the season with Saturday afternoon’s 52-49 win over Martin County, Ky., on the final day of the two-day Wildcat Classic Hoops Showcase at Logan’s Willie Akers Arena.

Graci Brumfield hit two free throws in the final 30 seconds to help seal the win for the Lady Tigers, which went 2-0 in the showcase.

“That was two big wins for us,” CRHS coach Johnny Williamson said.

Chapmanville began the final quarter with a five-point lead, which grew to as many as 11 before Martin County pulled within three in the final minute. Brumfield’s free throws extended the lead to five late, and the Lady Tigers held on.

North Marion improved to 7-0 with the win. Wayne shot just 22 percent from the floor and had 20 turnovers.

Lincoln County’s Carly McComas led all scorers with 14 points in the Panthers’ win over the Patriots.

The Summers County win featured a pair of 20-point scorers in Gavin Pivont and Taylor Issac, who scored her 1,000th career point in the first half.