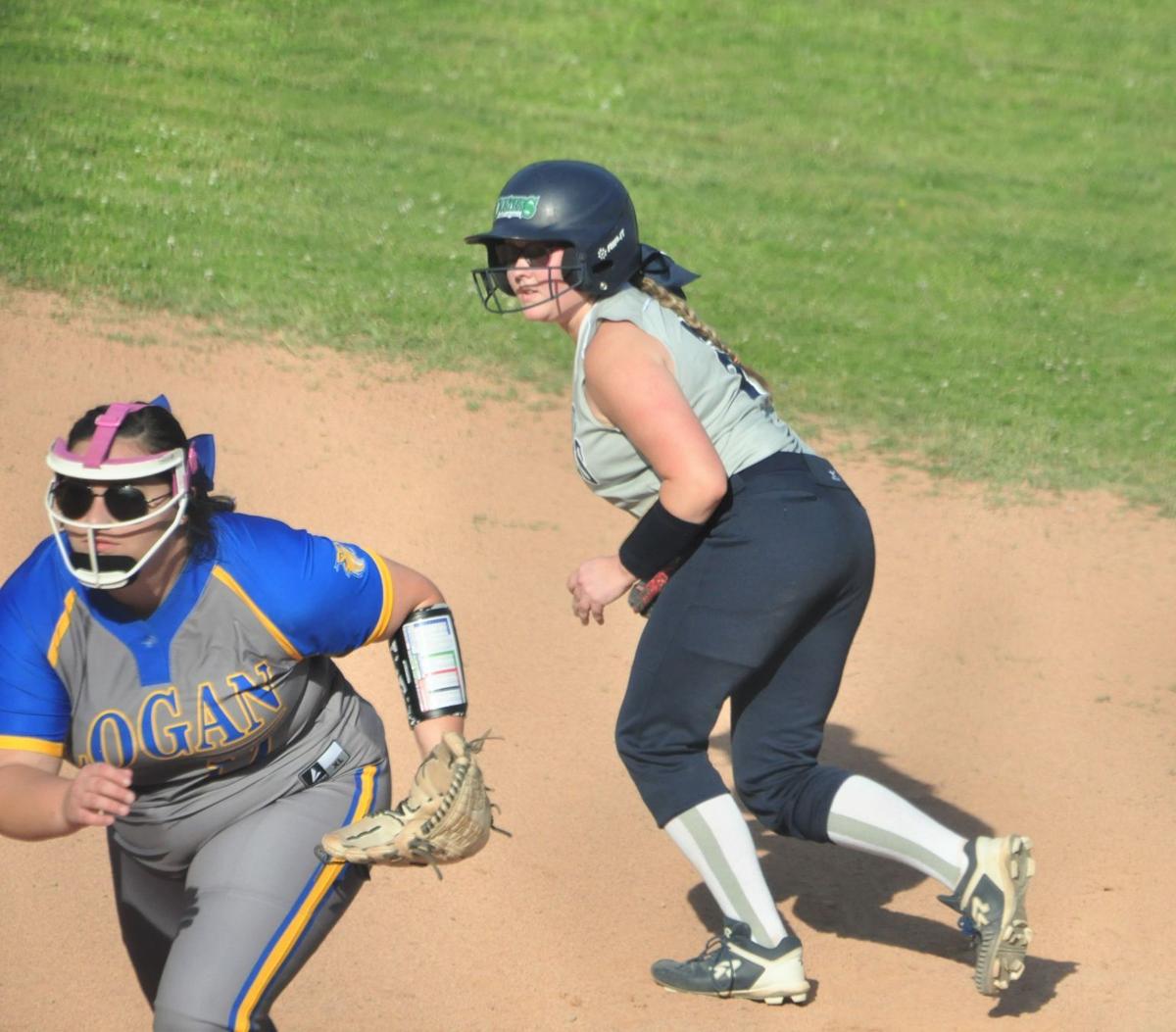 Man High School’s Morgan Cooper leads off first base in the Lady Billies’ 8-2 win at Logan on Thursday, May 20. 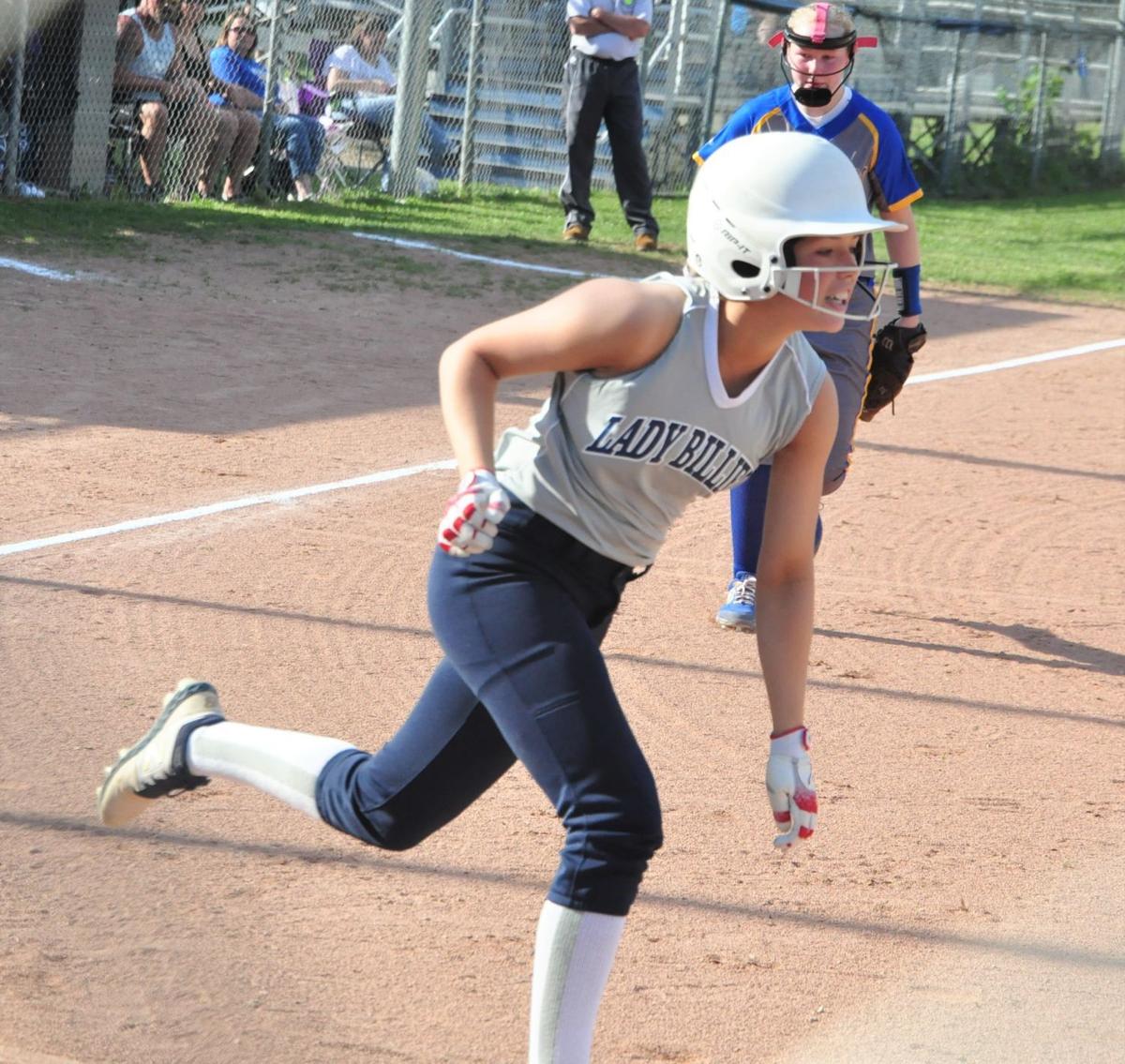 Man’s Bailey Muncy runs to first base after bunting in the Lady Billies’ 8-2 win at Logan recently.

Man High School’s Morgan Cooper leads off first base in the Lady Billies’ 8-2 win at Logan on Thursday, May 20.

Man’s Bailey Muncy runs to first base after bunting in the Lady Billies’ 8-2 win at Logan recently.

MAN — The Man High School softball team made it a sweep over county rival Logan with Thursday’s 4-0 win at home during Senior Night.

Sophomore pitcher Morgan Cooper struck out 18 batters and tossed a one-hitter in leading the Lady Billies to the shutout win. She also hit a solo home run.

Man had seven hits in the game.

Kierston Ellis was 2-for-3 with and RBI for Man.

Carlee Muncy, Ashlee Tomblin, Jaclyn Barnette and Bailey Muncy each had a single.

Cooper then got Logan out in the seventh to finish off the win and the sweep over the Lady Cats.

Chloe Bryant was the starting pitcher for Logan and was saddled with the loss. She tossed four innings and allowed one unearned run on two hits with no strikeouts and one walk. Harlee Quick pitched the last two innings and yielded three runs (two earned) on five hits with two strikeouts and no walks.

Logan committed three errors in the game to none for the Lady Billies.

Logan dropped to 6-15 on the season with the loss.

Both Logan and Man are scheduled to play in its respective sectional tournaments this week.

Man is set to battle with Tug Valley, Tolsia, Buffalo, Sherman and Van in Class A Region 4 Section 1.

Man is set to open sectional play on Wednesday at home likely against Tug Valley (15-12). Man has the No. 2 seed. Sherman (13-3) is the top seeded team. Tug is seeded third.

Logan is in Class AA Region 4 Section 2 alongside Scott, Chapmanville, Wayne and Mingo Central. The sectionals are set to be played at Chapmanville this week.