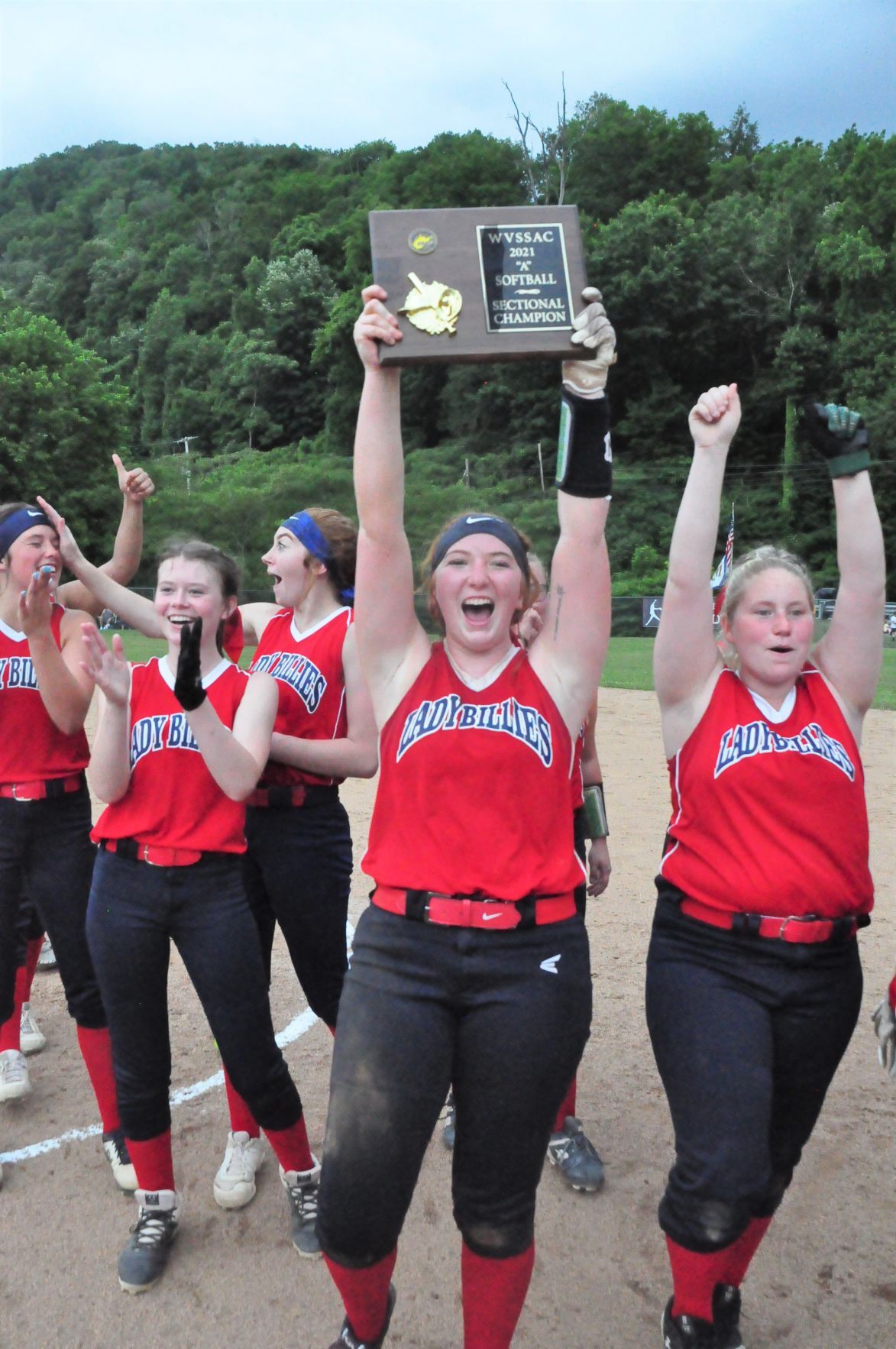 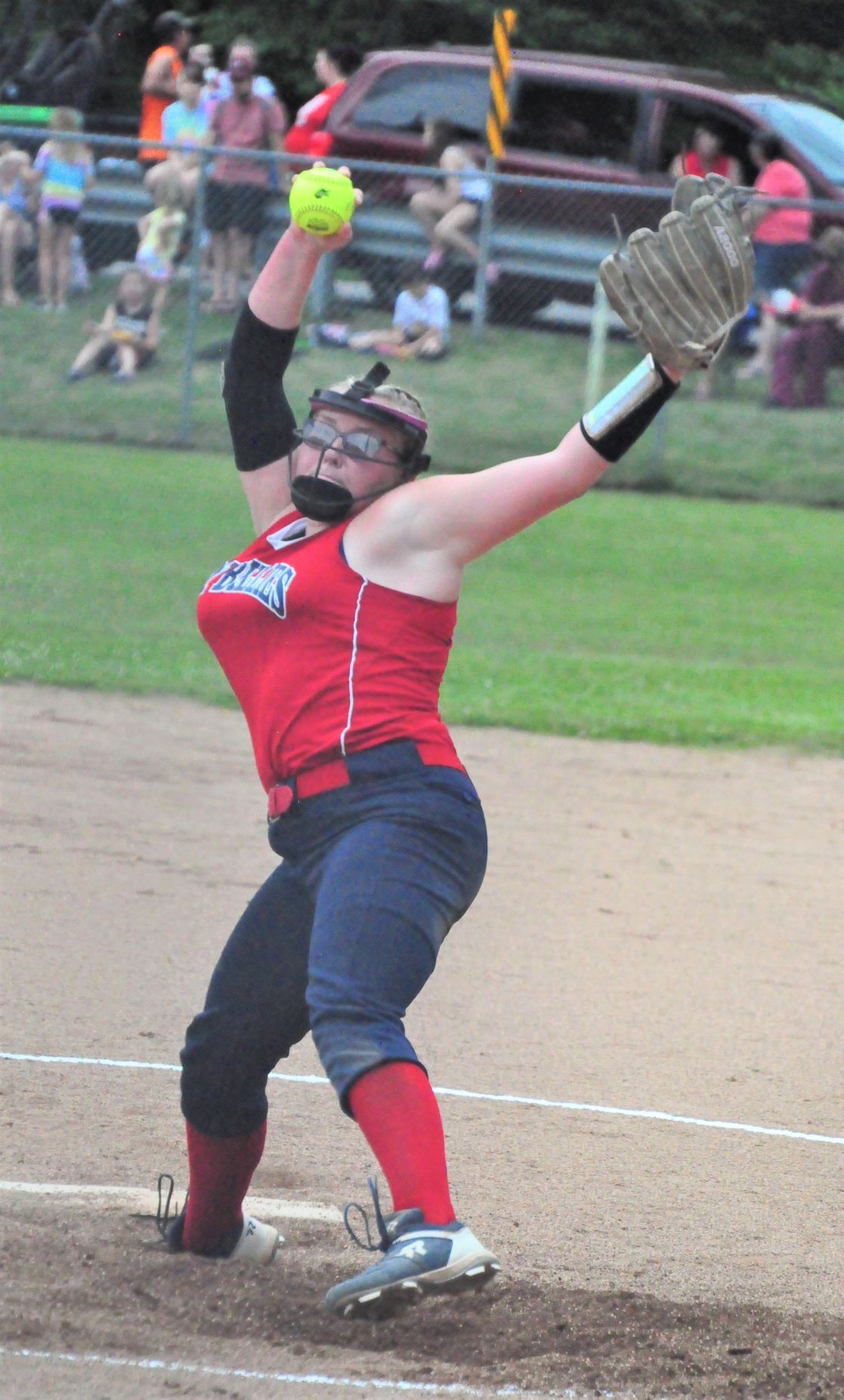 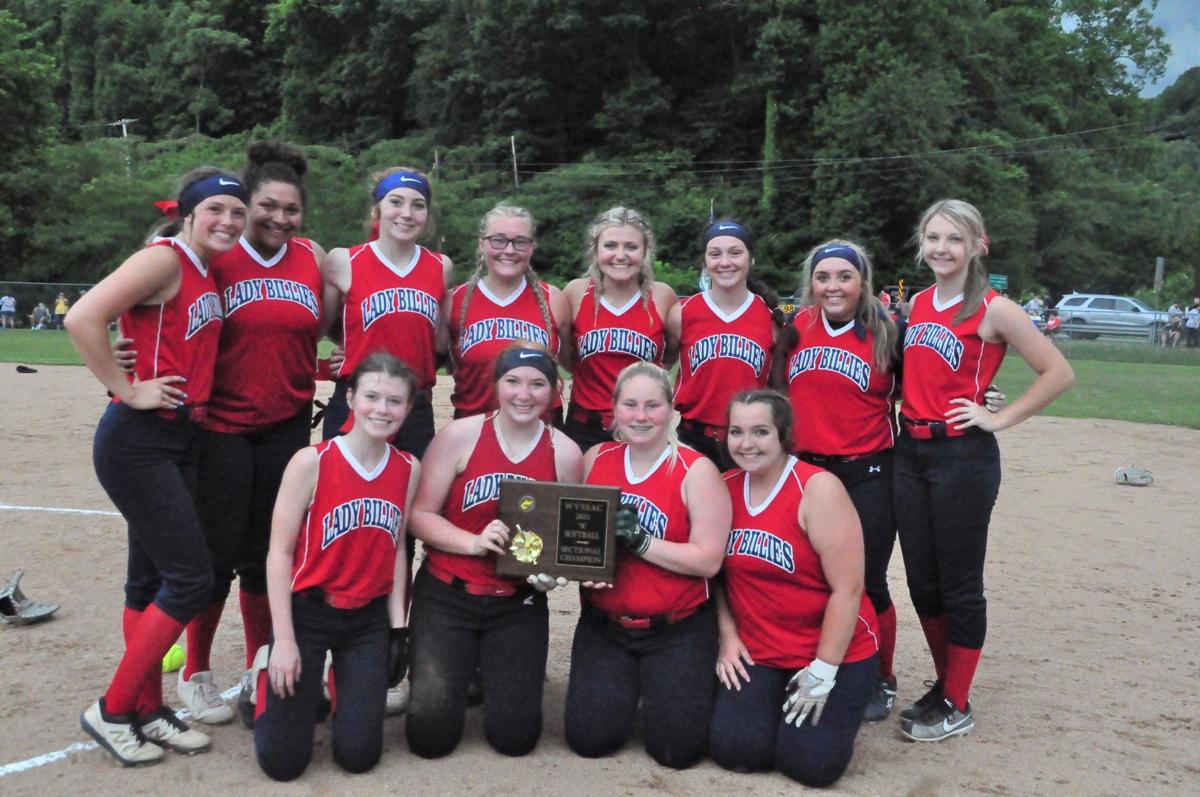 The Man High School softball team captured the Class A Region 4 Section 1 crown with a 3-0 win over Buffalo on Tuesday, June 8. 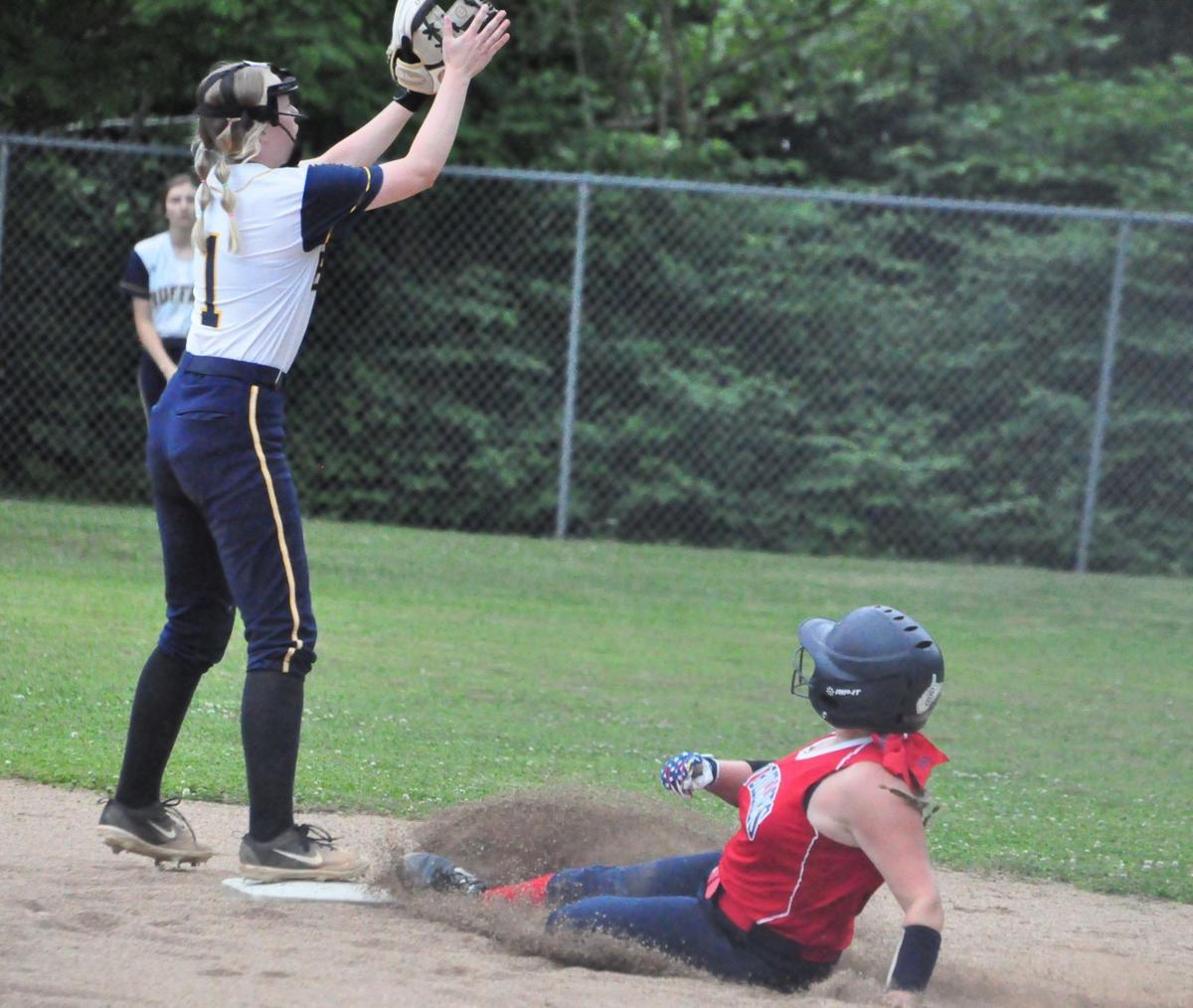 Man's Morgan Cooper slides in safely for a double.

The Man High School softball team captured the Class A Region 4 Section 1 crown with a 3-0 win over Buffalo on Tuesday, June 8.

Man's Morgan Cooper slides in safely for a double.

MAN — Morgan Cooper has been a workhorse for the Man High School softball team this season, pitching every inning of every game for the Lady Billies.

That continued on Tuesday night as the sophomore hurler pitched a complete game win in leading Man to a 3-0 victory over Buffalo in the Class A Region 4 championship game at Man High School.

Man improved to 18-2 on the season and moved into next week’s best-of-three Region 4 tournament where the Lady Billies are set to square off with undefeated Wahama (22-0), which won its sectional title last Monday with a 10-1 victory over Ravenswood.

Cooper, a first-year varsity player who did not play last season as a frosh when the entire 2020 campaign was wiped out, upped her record to 18-2 on the season with the decision over the Bison.

Cooper was in control against the Bison, firing a one-hitter and facing just one batter more than the minimum. Cooper flirted with a perfect game, striking out 14 and walking none and retiring the first 13 batters she faced.

For the year, she has logged 117 innings this season, striking out 250 batters and sporting a 0.36 ERA. Opponents are batting just .095 against her this spring. Cooper is also leading Man this season at the plate with a .491 batting average with five of the team’s total six home runs, six doubles and 16 RBIs.

Cooper was 2-for-3 at the plate with a pair of doubles. Bailey Muncy also had a pair of hits for Man.

The Lady Billies plated all three of their runs in the bottom of the first inning.

Cooper led off with a double to right center and later scored on a Buffalo error. Ashlee Tomblin later smashed a two-run double down the right field line.

It was all Man would need.

“We had three runs and should have had four but that was it,” Epperly said. “We thought the game was over for whatever reason and you cannot do that. We were able to get by because we have a good pitcher that was able to keep them at bay. You can’t do this in sectional or regional play. That will catch up to us.”

Alex Hill pitched well for Buffalo but was tagged with the loss. She allowed three runs on six hits with two strikeouts and two walks.

Rachael Affolter was Buffalo’s only base runner as she doubled to left field with one out in the fifth, breaking up Cooper’s perfect game bid. Cooper then retired the last eight batters she faced to close out the win.

The Lady Billies beat the Bison for the second time this season, also taking an 8-0 victory on the road on May 13.

Buffalo, which advanced to the finals with Monday’s 6-4 win at top seed Sherman in an elimination game, saw its season come to a close at 14-12. The fourth-seeded Bison had survived elimination on Saturday with a 7-4 win at Tug Valley.

“We were able to battle back, beating Tug on the road then beating Sherman. Last night’s win at Sherman was a big one for us. We hadn’t beaten Sherman in a long time,” Buffalo coach Bill Rasnake said. “We were out with covid for two weeks and that hurt us. We were finally able to get back into the swing of things.”

“That’s a good pitcher,” he said. “That’s probably the second best pitcher that I’ve seen all year. We play a lot of Triple-A teams. I’ll give her the credit. We were not able to get many bunts down to put the pressure on them.”

With no seniors on the team, Buffalo expects to be right in the thick of things next season.

The Bison return catcher Abby Darnley, a Marshall commit, who led the team with a .607 batting average this season. Katie Darnley, Buffalo’s leadoff shortstop, will also be coming back. She hit .507 this season.

“I have 11 freshmen and both of my pitchers are freshmen. She future looks good for Buffalo softball,” Rasnake said.

Man finished off the sectionals with a perfect 3-0 mark and won its first sectional crown since 2016. That was also the last time the Lady Billies made it to the Class A state tourney.

The last three seasons in 2017-19 Man competed at the Double-A level and was not able to advance to the sectional finals. The Lady Billies had earlier defeated Tug Valley (2-0) and Sherman (1-0) to advance.

“It was a competitive sectional and those are some good teams,” Epperly said. “Sherman is good, Tug Valley is good and we’re good. Buffalo is a good team. They have a good coach and have some good players. It was no cupcake sectional by any means.”

Man is on a rolling heading into regional play, having won 18 out of its last 19 games after a season opening loss to Westside.

Wahama will be a formidable foe for Man in the regionals. The White Falcons have surrendered just 21 runs all season and have 13 shutout wins.

The regional series is set to be played Tuesday through Thursday and the White Falcons have home field advantage.

Man is looking to reach the state tournament, set for June 22-23 at South Charleston’s Little Creek Park. The Lady Billies are no stranger to the state tourney.

Epperly has led Man to numerous state tournament appearances over his two decades plus coaching career, including back-to-back Class A state championships in 2008 and 2009 and a state runner-up finish in 2010.