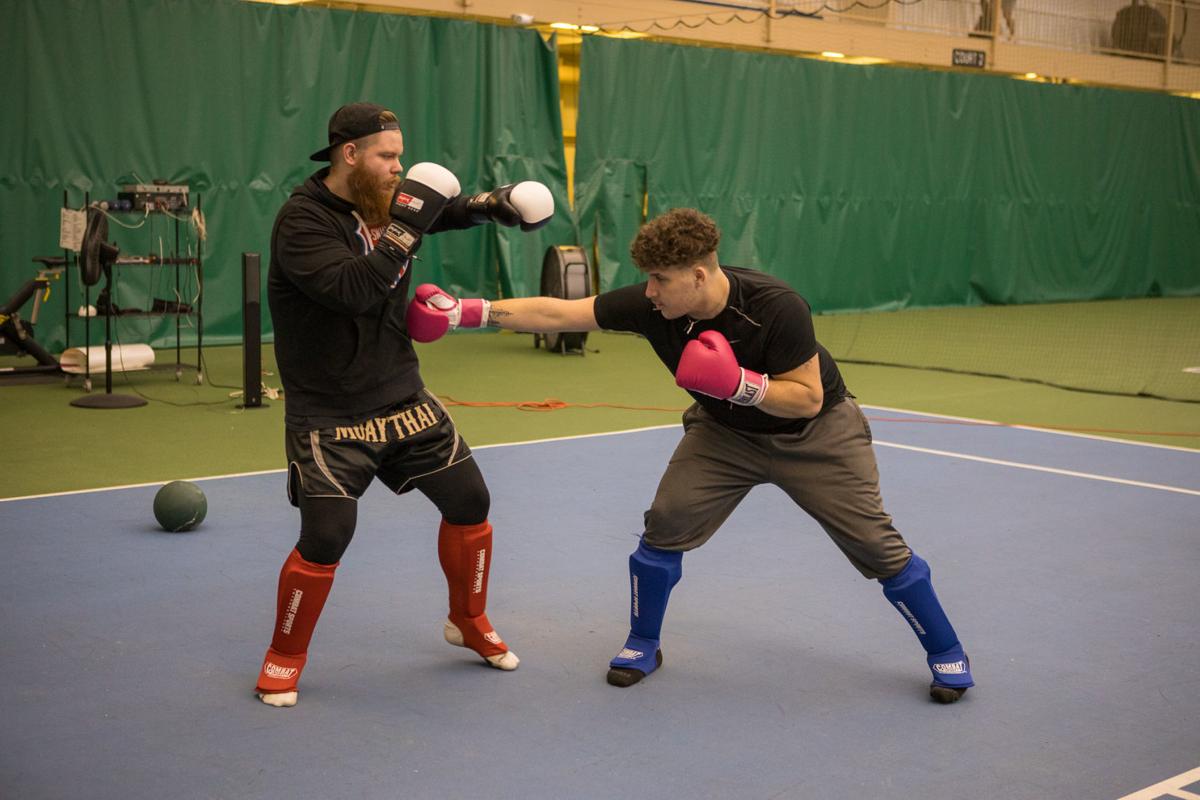 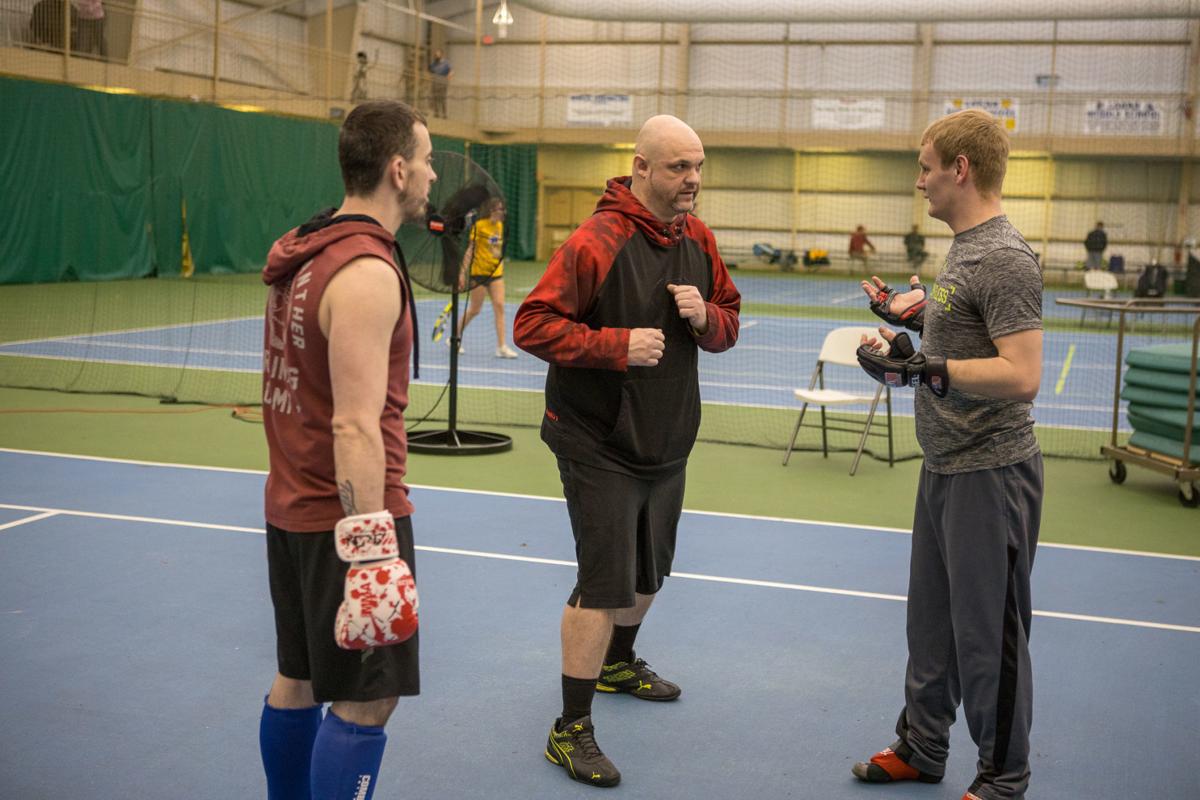 BOTH PHOTOS: Members of the Wartribe MMA team, coached by Jason Workman, practice at the Chief Logan Recreational Center on Jan. 16.

BOTH PHOTOS: Members of the Wartribe MMA team, coached by Jason Workman, practice at the Chief Logan Recreational Center on Jan. 16.

MMA and UFC style fighting is definitely gaining in popularity.

Ronda Rousey and her run had a lot to do with that but all you have to do is look at the buzz that was created by the recent Conor McGregor fight in UFC 246, a match he won by TKO just 40 seconds into his bout with Donald Cerrone.

Locally, New Line Cagefighting has brought MMA, kickboxing and boxing to the southern West Virginia Coalfields in the past couple of years with events held in Williamson.

This weekend, it’s coming to Logan for the first time ever with New Line Cagefighting 4 at the Chief Logan Lodge and Hotel.

“This is the first time ever that the sport of MMA has been to Logan County,” said Logan native Keith Noe, one of New Line Cagefighting’s founders and promoters.

Logan’s Zachary Dehart (0-0) will be making his MMA debut in a match against Skyler Mauller (0-2) of Crooksville, Ohio in the 155-pound weight class.

Also in the 155 division, Gilbert’s Bobby New (0-0) takes on Stoney Totten (0-0) of Charleston in the debut for both fighters.

In the 145-pound division, Sam Kinker (3-4) of Vincent, Ohio, faces Dustin Spencer of Knox, Indiana, in a title match.

In the MMA heavyweight class, Matt Workman (0-0) of Dingess is matched up against Ryan Hall (0-1) of Delbarton.

Then in the 165-pound class, a title match is on the line, pairing Ryan Blankenship (2-4) of Oceana against Andrea Wiliams (2-10) of Summersville.

The MMA heavyweight division also has a title bout featuring Brandon Boggs (3-0) of Madison against Mikey Mitchell (2-2) of Harts.

Three boxing matches are on the card as well.

In the 200-pound weight class, Lukas Spaulding (1-0) of Paintsville, Kentucky, is set to do battle with James Ralston (0-0) of Parkersburg.

Then in the heavyweight title match and one of the highlights of the evening, Chapmanville’s Adam Dingess (9-1) takes on seasoned boxer Mikey Furnier (31-7) of Portsmouth, Ohio.

In the 147-pound kickboxing weight class, Jacob LeMaster (0-0) of Paintsville, is scheduled to fight John Hensley (0-0) of McCarr, Kentucky.

Paul Adkins is the Sports Editor of the Logan Banner. Follow him @PAdkinsBanner on Twitter or email him at padkins@hdmediallc.com.