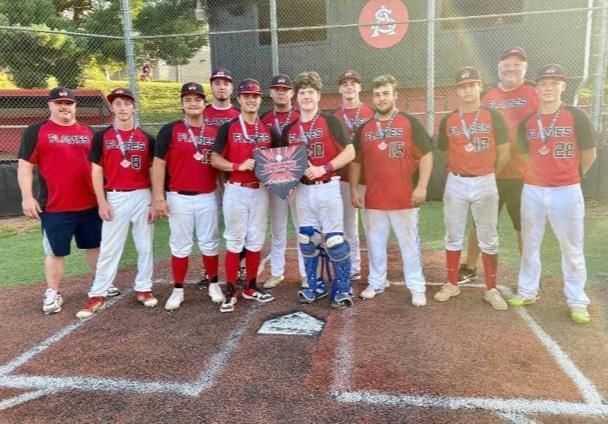 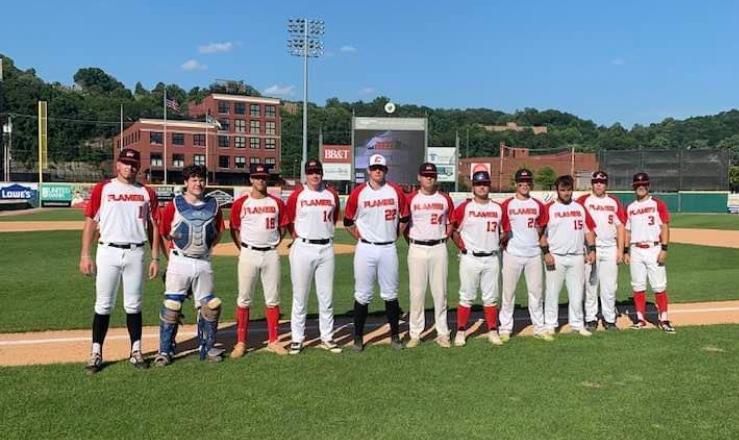 The West Virginia Flames pose for a picture recently at Appalachian Power Park in Charlestson.

The West Virginia Flames pose for a picture recently at Appalachian Power Park in Charlestson.

It’s been a big summer for the West Virginia Flames baseball team.

The team, made up of county and area baseball players, curently stand at 14-1 on the season.

The Flames beat Man 7-3 on Saturday and had earlier gone 1-1 against Man win a 4-3 at Appalachian Power Park in Charleston and a 3-2 loss.

No game statistics were available.

The Flames are set to host a six-team tournament this weekend at Power Park.

Connor McGrew was the starting and winning pitcher for the Flames as he tossed three innings. Ethan Varney and Korbin Bostic each pitched an inning in relief.

Braydon McClung was 2-for-2 with three RBIs and a double to lead the Flames. Wes Medley was also 2-for-2.

Beckett led the Flames at the plate as he was 3-for-3 with two RBIs. Bostic hit a grand slam and was 1-for-2.

Aaron Epling and Medley added a hit for the Flames. Medley also drove in a run.

In Game 3, the Flames beat St. Albans again, convincingly, this time in an 8-2 victory.

Chase Berry was the starter on the mound and notched the win as he fired a complete game six-hitter. He allowed just two runs and struck out seven in a seven-inning worksheet.

McGrew was 3-for-3 with two RBIs to pace the Flames’ offense. Varney was 2-for-2, while Epling went 2-for-4. Medley hit a two-run homer in the first inning. Baumgardner added a hit.

McClung was the winning pitcher as he fanned seven in three innings of work.

McClung also helped his own cause at the plate, going 3-for-3 with three runs batted in. McGrew was 2-for-2 with three RBIs. Baumgardner, Berry and Carter all added hits with an RBI.