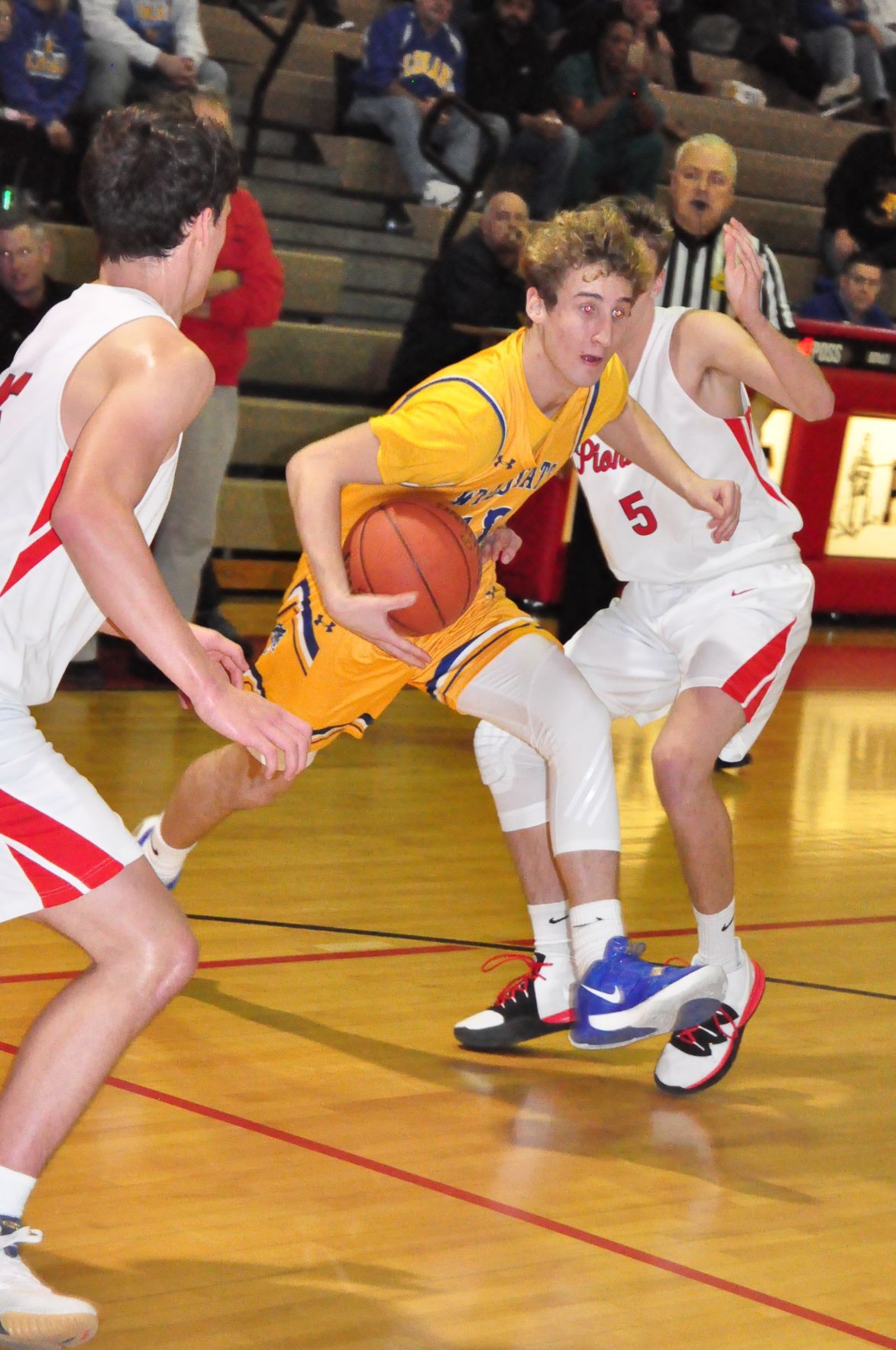 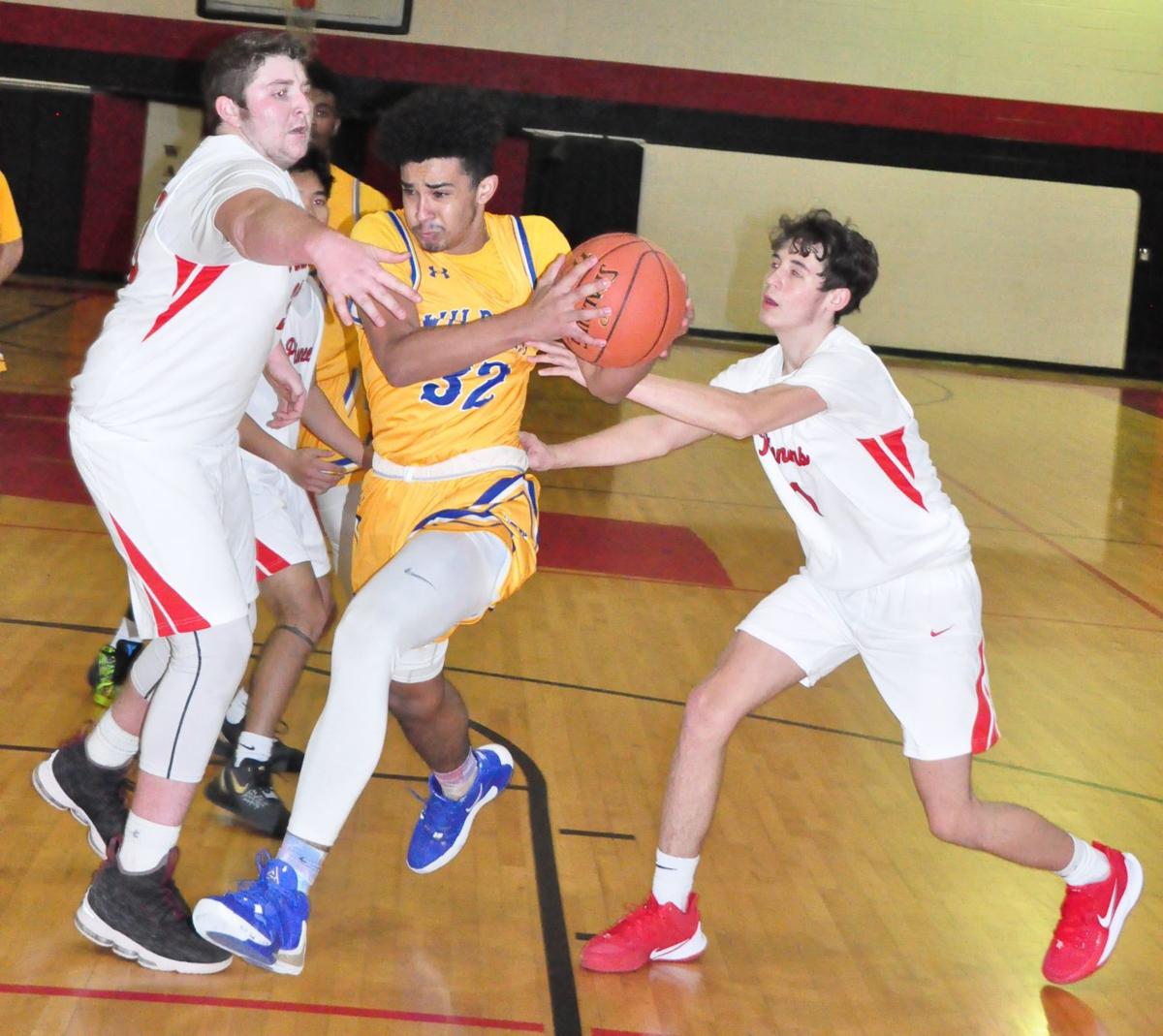 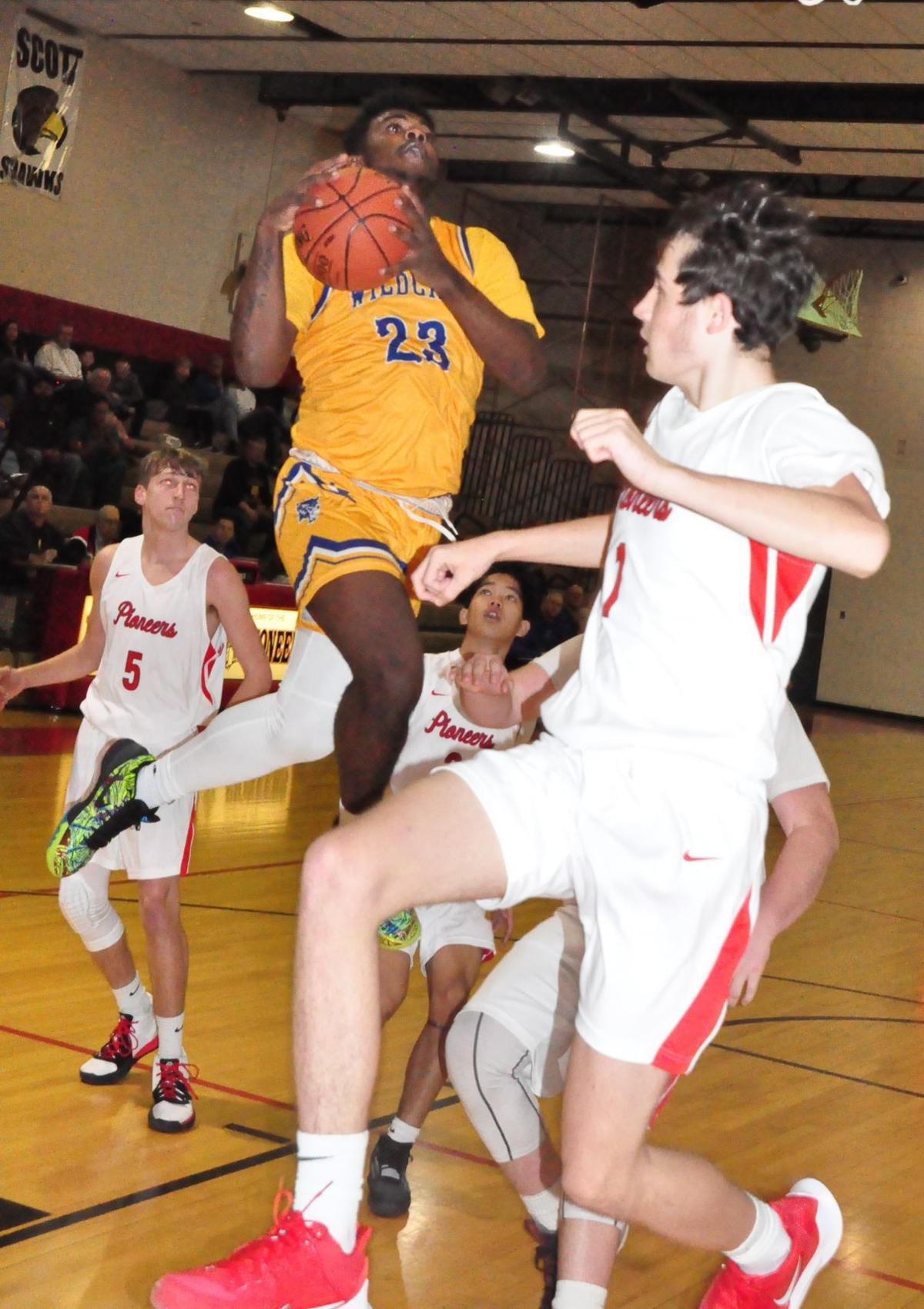 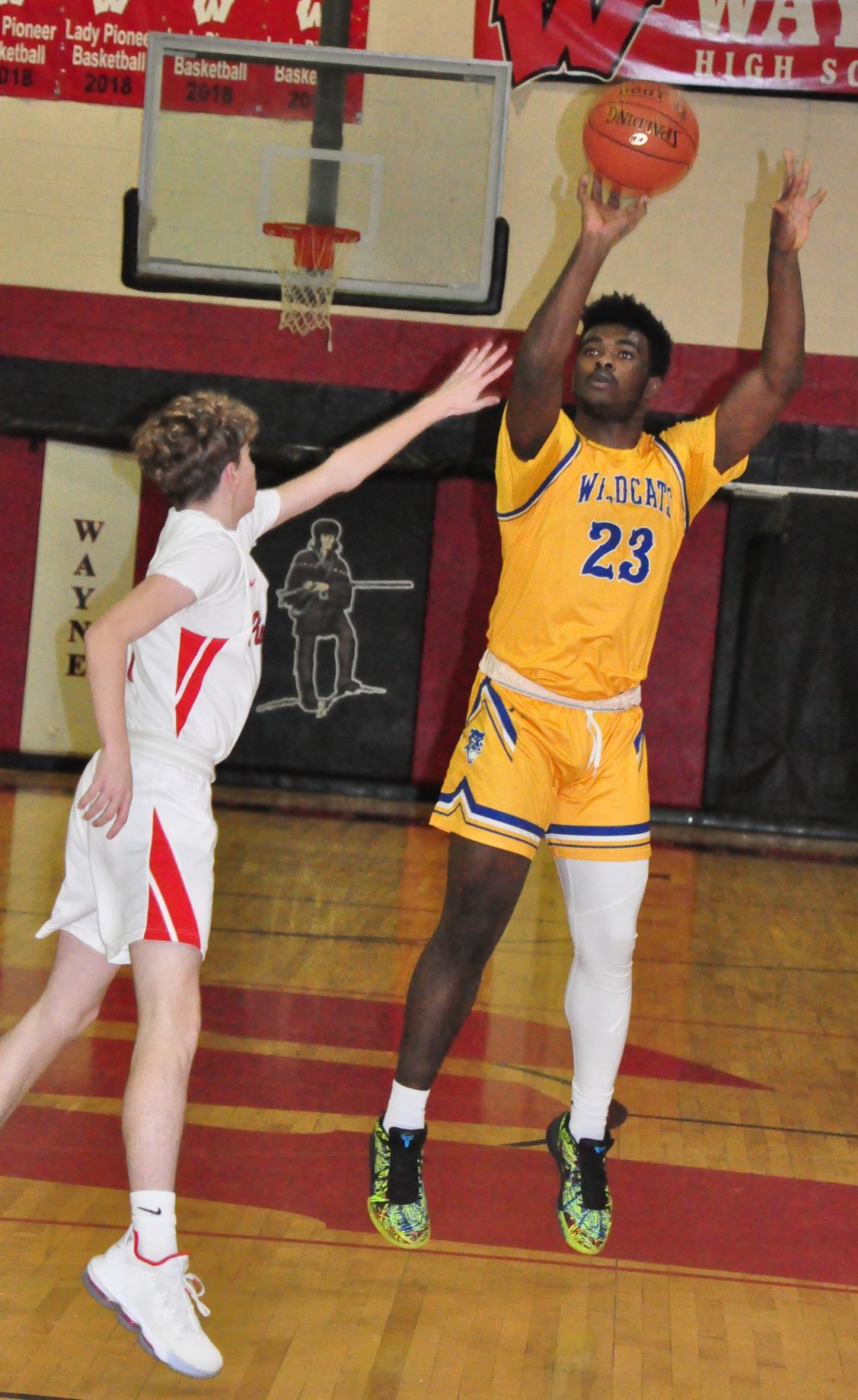 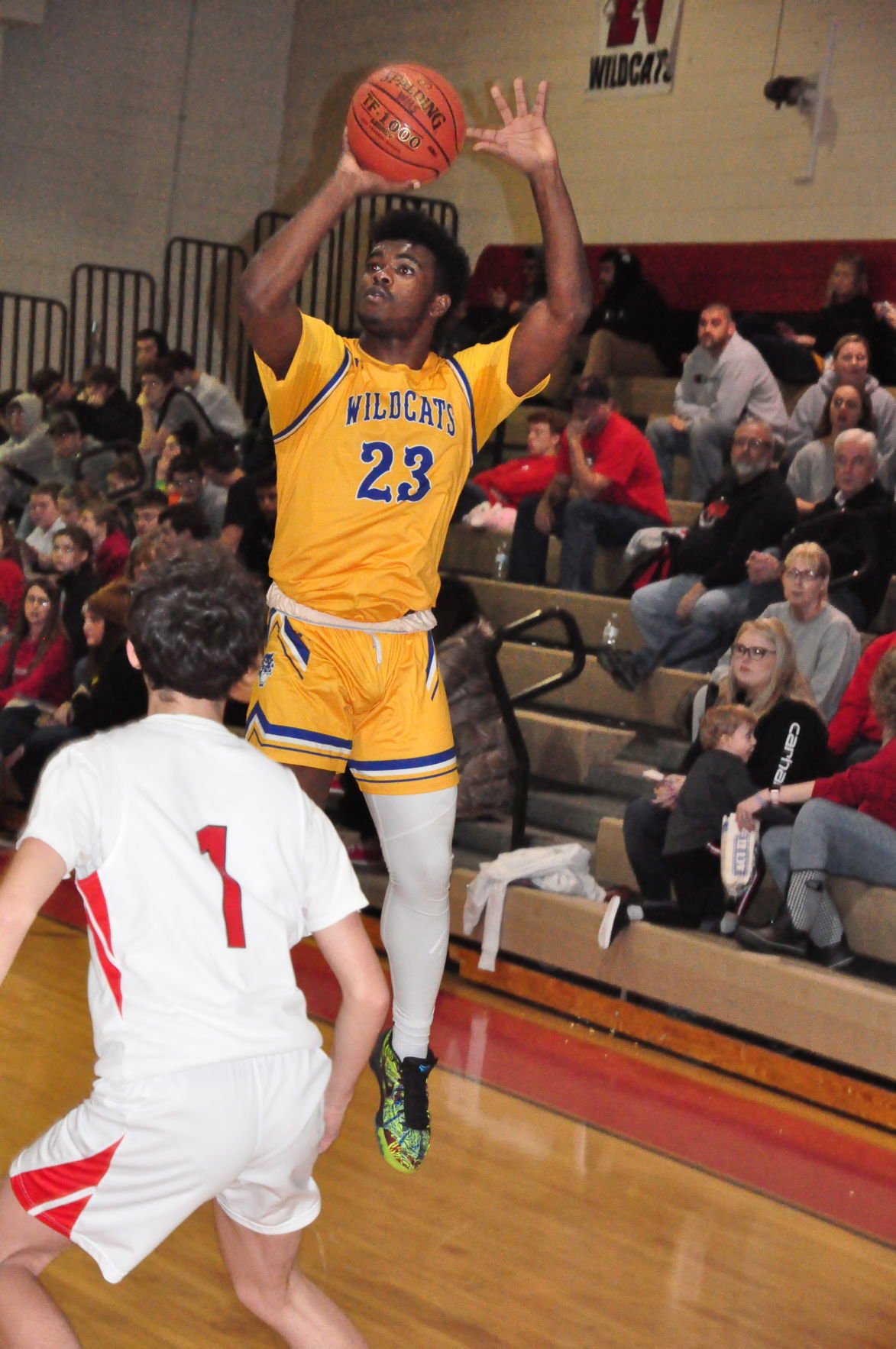 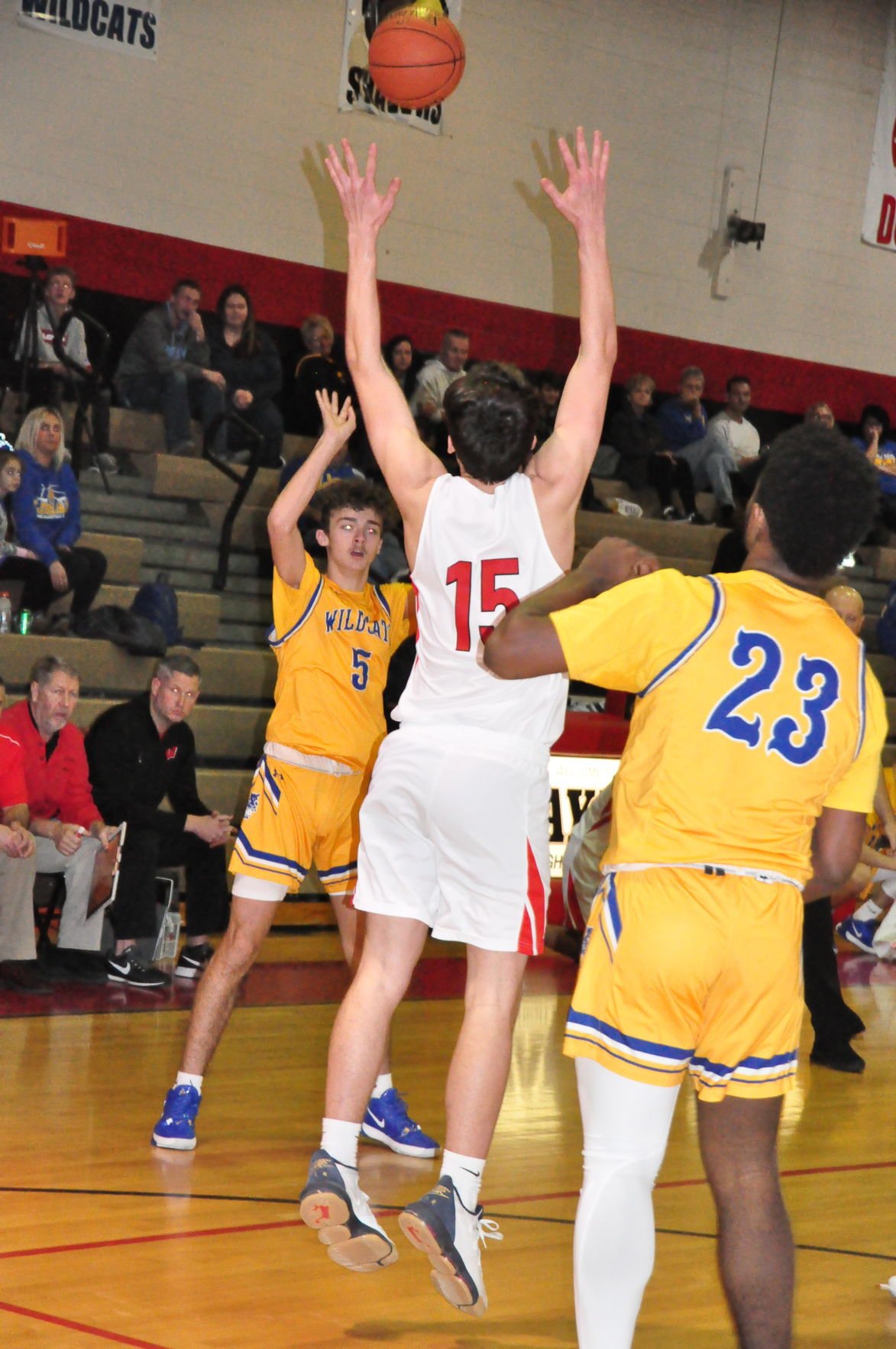 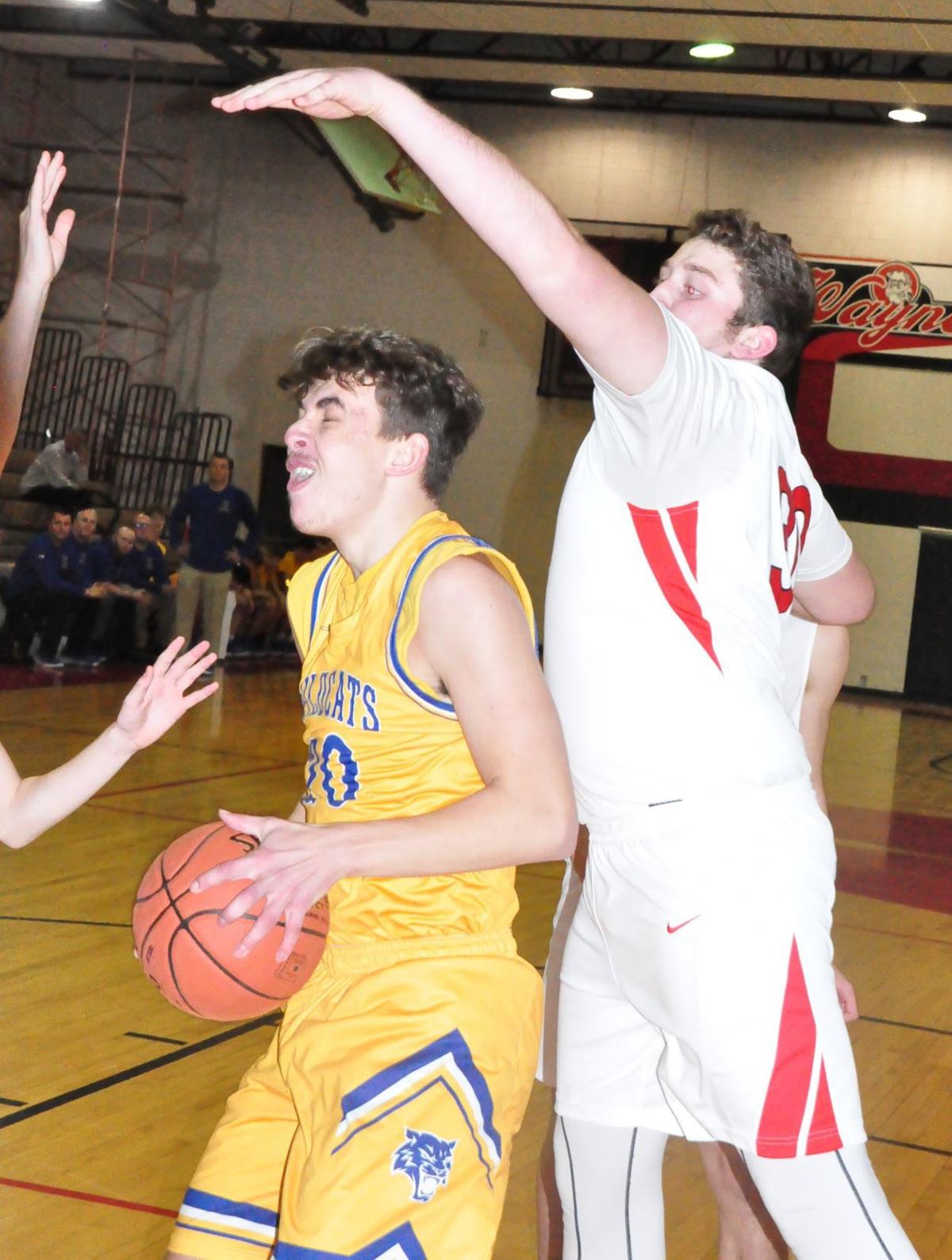 Paul Adkins/The Logan Banner Logan’s Mitchell Hainer powers into the lane in the Wildcats’ 78-54 win at Wayne on Tuesday, Jan. 7, 2020. 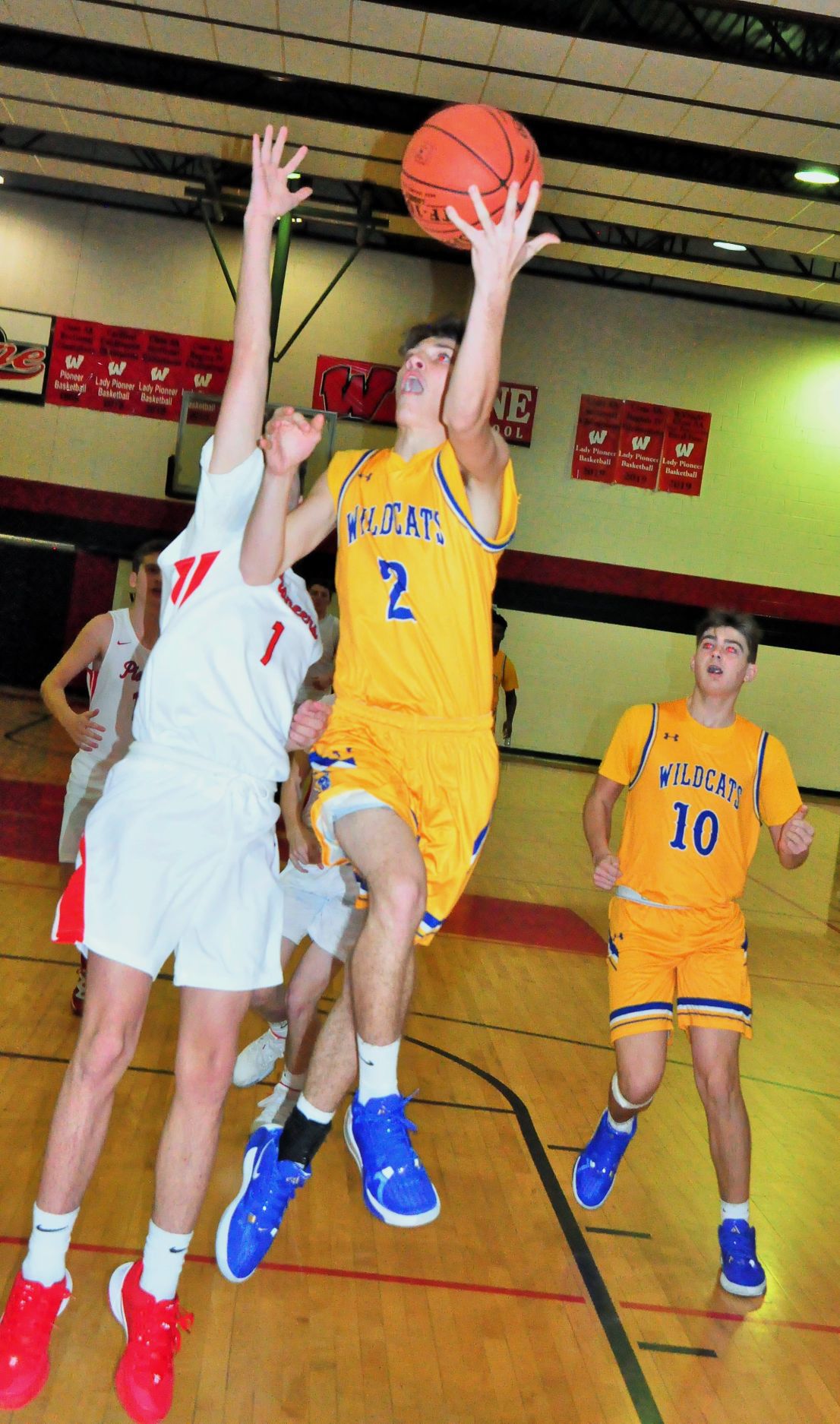 Paul Adkins/The Logan Banner Logan’s Mitchell Hainer powers into the lane in the Wildcats’ 78-54 win at Wayne on Tuesday, Jan. 7, 2020.

WAYNE — The future is now for the Logan Wildcats.

Heading into the season there were many question marks for the Logan High School boys’ basketball team.

Senior All-State guard David Early’s eligibility was in question after he had initially transferred to Beckley Prep.

The Wildcats lost some key seniors due to graduation and would be fielding a very youthful team this season.

Then there was Logan’s schedule itself — a very difficult one to say the least and one where the Wildcats played their first 10 games away from the friendly confines of Willie Akers Arena.

Logan, however, has weathered the storm.

On Tuesday night, the Wildcats went to Wayne and took care of business, defeating the Pioneers, 78-54. It was the last of Logan’s 10-game away swing.

“We came out in the second half with a lot more energy and effort and I thought that was the biggest difference,” Logan coach Zach Green said. “We talked about coming down here how this is a really tough place to play and how they are going to play physical and how we were going to have to match that. In the first half we came out quite timid and not how we should have. In the second half we picked it up and blew it open.”

The big stat of the game was the turnovers.

Logan forced 26 turnovers from Wayne with its pressure defense and only committed seven.

“We’ve focused a lot more this year on our pressure,” Green said. “We have a lot of team speed so it’s something that we are going to continue to work on and get better at.”

Early and Mitchell Hainer each had double-doubles in the win.

Early tallied 20 points and also pulled down 15 rebounds while Hainer had 11 points and 10 boards.

Up by 14 at the half, the Wildcats poured it on.

After a Hainer layup and Cook putback it was 41-22 Cats. Williamson then added a layup and Hainer followed with his layup off a Wayne turnover and it was 45-22 Logan.

The lead continued to grow.

Brown’s 3-pointer with three seconds to go in the third period gave Logan a 62-34 lead.

The Cats then coasted the rest of the way, leading by as many as 29 points.

LHS led just 13-10 halfway into the opening stanza but outscored Wayne 6-2 to grab the seven-point lead after one.

Kirk then gave Logan a boost in the second quarter, scoring three straight buckets to push the Wildcat lead to 27-14.

Early followed with a dunk as Logan led 29-17 with 3:34 to go until halftime. He later drilled a long 3-pointer with one second left, giving the Cats a 34-20 lead at the break.

Early also put down a driving one-handed slam in the fourth quarter.

Logan, ranked No. 3 in the state in Class AA, stand at 7-3 overall and 3-1 in the Cardinal Conference with the win.

Logan so far has losses to Herbert Hoover (55-48), to Ocala Forrest, Florida, in a Christmas break tourney at Gatlinburg, Tennessee, and to Class AAA Beckley Woodrow Wilson in the Beckley tourney also over Christmas break.

In the loss at Hoover, Logan did not have Early, who was then just recently declared eligible to play by the WVSSAC but had not logged the minimum of 14 practices.

Green said the Wildcats are in good shape with the toughest part of their schedule behind them.

Logan now has nine out of its last 12 games at home beginning with Tuesday’s home opener against county rival Chapmanville, the top-ranked team in the state and the two-time defending state champions in Double-A.

“We finally get to play at home. We’ve had 10 straight away games,” Green said. “Honestly, I didn’t know how it would work out but it’s worked really well for our young kids, putting them in that position on the road 10 games in a row. It’s really helped them grow up. They are improving a lot. We have a big corp of young guys and they all can do different things. They are really starting to come into their own.”

Green said his young team is showing signs of improvement.

“We’re always going to play a tough schedule,” he said. “I want to challenge our guys. When post-season comes we want to know that we are tested and know where we stand. With a young team, though, you’ll have some ups and downs. We had some games that we should have won but we didn’t. We’re still trying to learn and grow as a team. These young guys are getting better and that’s what we need moving forward.”

Green said even in the two losses over Christmas break his team had its chances to win and that’s a good sign.

“Both of those losses over Christmas break were games that we thought that we could have won,” he said. “But we know that there are learning curves with this team and it was tough putting them in that environment in Beckley. That’s something that’s going to help us in the long run.”

A huge crowd was expected for Tuesday’s clash with the Tigers.

Chapmanville has won the last eight meetings dating back to its state championship game run in 2017. The Tigers have beaten Logan two years in a row in the Class AA Region 4 Section 2 finals at Mingo Central.