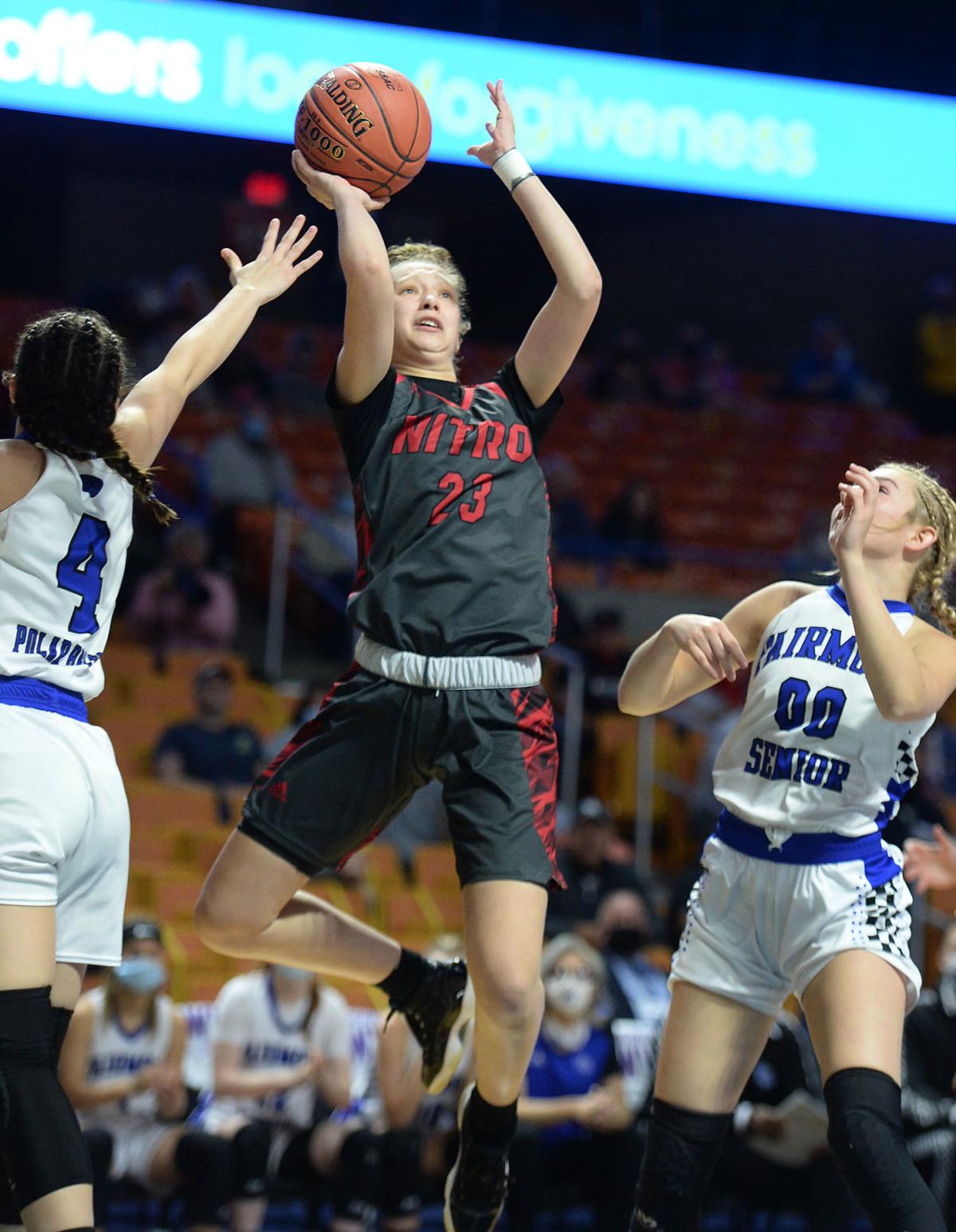 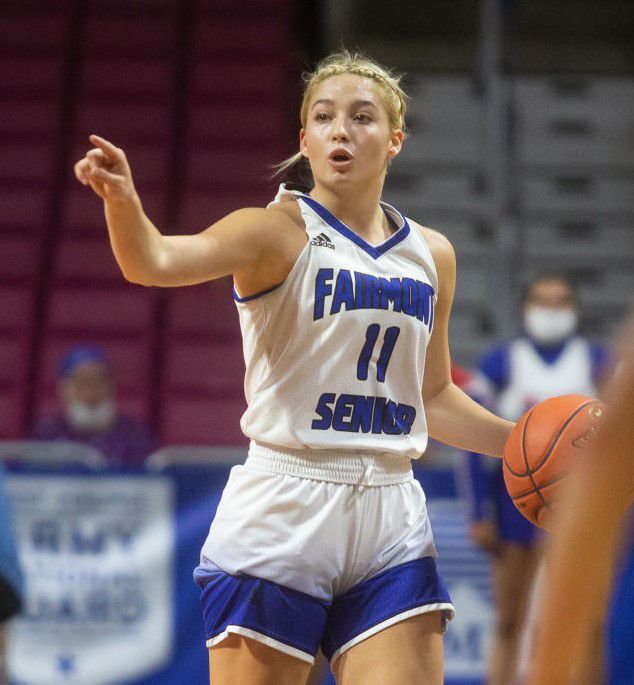 The path to success doesn’t always have to be a solo mission.

Among a crowded field of talented high school girls basketball players, two players in particular stood out to a point where they were considered equal in the eyes of the West Virginia Sports Writers Association, which announced on Friday that Nitro senior Baylee Goins and Fairmont Senior junior Marley Washenitz are the co-recipients of the Mary Ostrowski Award.

The Mary Ostrowski Award, named after the legendary Parkersburg Catholic standout, is given annually to the state’s best high school girls basketball player. After a tie in votes and proceeding tiebreakers, the support for Goins and Washenitz remained equally deadlocked.

In the history of the Player of the Year Award, it has only happened one other time, in 2018, when Buckhannon-Upshur’s Hanna McClung and Wyoming East’s Gabby Lupardus shared the honor.

The similarities between Goins and Washenitz may take a little deeper digging to realize than they did for McClung and Lupardus, but they are there.

“Marley is our heartbeat,” Fairmont Senior coach Corey Hines said. “I’ve been fortunate to have a lot of good ones, but when you look at everything Marley brings to the table, her all-around game, she’s up there pretty high on that list. She’s a special player.

“And you look at Baylee, she’s such a smooth player, especially on the offensive end. She will drive to the basket a couple of times, then she will just stop and shoot from the outside and knock down a 3. She’s a special player too.”

Goins proved that she was an elite scorer as a freshman for Nitro in 2017, and it’s carried over throughout her career. So much so that it has perhaps overshadowed her all-around skill set.

As a senior, Goins averaged 20.3 points, 5.1 rebounds, 7.9 assists and 3.3 steals, setting the tone for the Wildcats, who would finish the year 18-1 and were crowned Class AAA state champions last week following a 51-45 win against Washenitz and Fairmont Senior.

“Baylee Goins is a class act and one of the most gifted and talented girls I’ve ever had the opportunity to coach,” Nitro coach Pat Jones said. “Her respect for her teammates is first class. Baylee is one to never care much about individual awards but she’s very deserving of this one along with the state championship she won this season.”

Washenitz also had an immediate impact as a freshman. In 2018 she hit the ground running with a level of versatility that was pivotal in not only helping the Polar Bears win the Class AA state title that year but also paved the way to her committing to West Virginia University last summer.

“Obviously winning a state championship was our goal this year and individual accolades are just kind of extra credit, a bonus,” Washenitz said. “But being able to be named Player of the Year along with Baylee is a pleasure. Growing up as a kid in West Virginia I always wanted to be the best player in the state so I’m glad I’ve accomplished that.”

Goins and Washenitz, although never teammates because of being in different age divisions, have both been active and successful players for the West Virginia Thunder AAU program.

Both put their high school teams on their back in the 2019-20 season. Both teams qualified for the state tournament but suffered first-round losses, Nitro to Lincoln and Fairmont Senior to PikeView.

Both players seemingly used those losses as motivational tools for the 2020-21 season as they bounced back and emerged as stronger facilitators for their teammates.

For Washenitz, the state tournament began with 18 points, five rebounds, five assists and six steals in the quarterfinals against Lewis County. In the semifinals, she had 26 points, 10 rebounds, two assists and five steals.

The state title game didn’t quite give the epic back-and-forth showdown between the two that many were expecting. Goins went down with a serious knee injury early in the game. She was, however, on the bench and on crutches in the second half providing inspiration to her teammates, who sealed the victory on the court without their leader.

Washenitz finished with 11 points, nine rebounds, four assists and four steals before fouling out with about 3 minutes to play. Although disappointed in the loss, Washenitz has already turned her attention to her final AAU season and doing everything to get the Polar Bears back to the title game in her senior season.

Goins has already began rehabbing her injury and although she hated not being on the court in her final high school game, she’s thrilled with getting the biggest prize of all — the state championship.

“I want to thank everybody for the award and I appreciate the honor,” Goins said. “But I’m more excited about the opportunity to be a state champion and share that honor with my teammates.”

George Washington’s Kalissa Lacy, the 2020 state player of the year, finished third in this year’s voting.

Goins and Washenitz will be presented with their Mary Ostrowski Awards at the 74th annual Victory Awards Dinner, which will take place on May 23 at the Embassy Suites in Charleston.