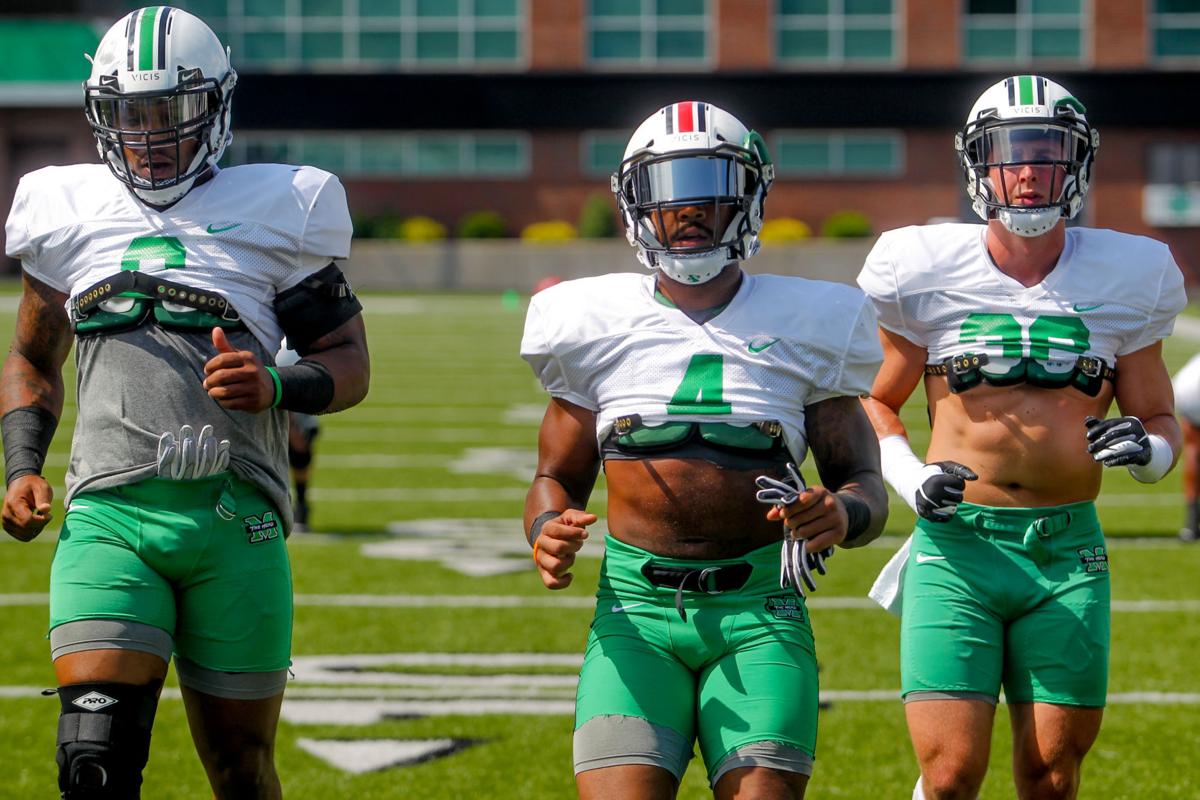 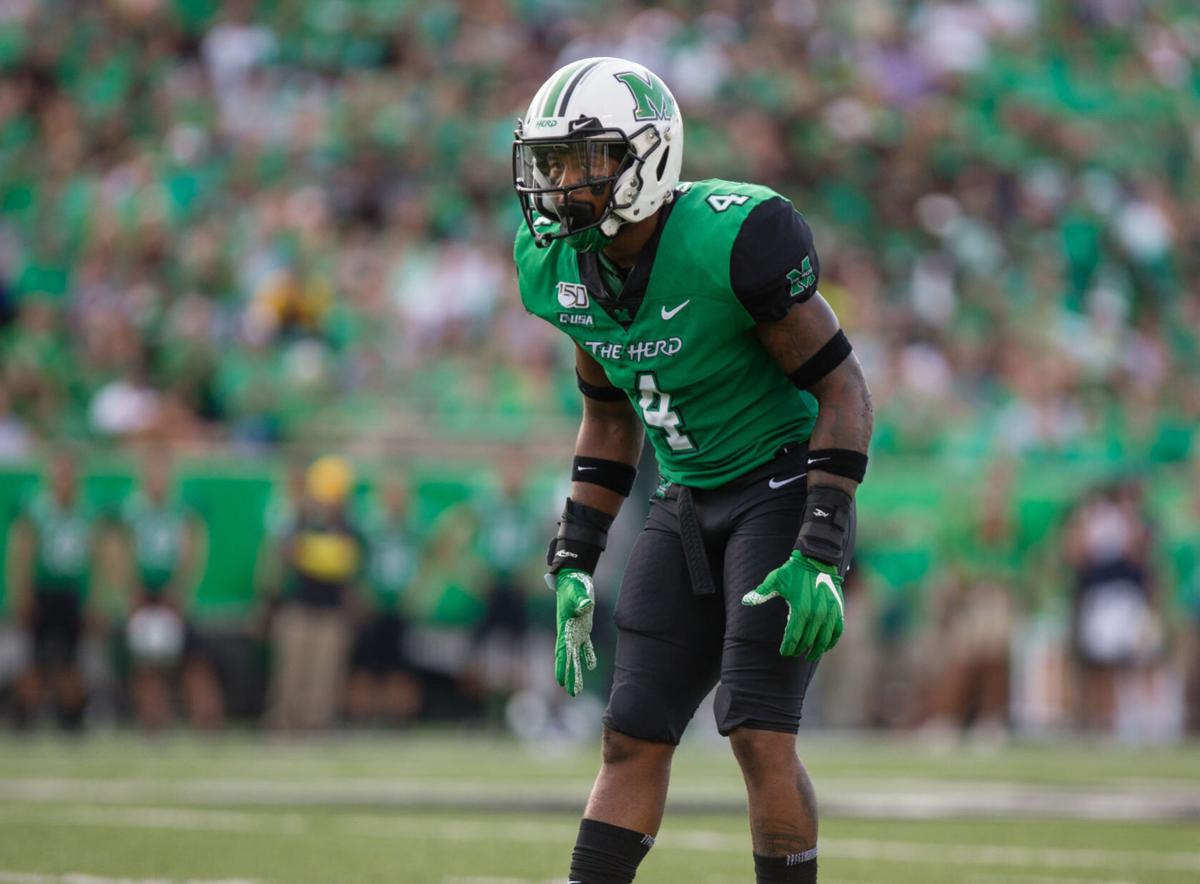 Sholten Singer/The Herald-Dispatch Marshall's Tavante Beckett prepares for a play as the Herd takes on VMI in an NCAA football game on Saturday, Aug. 31, 2019, at Joan C. Edwards Stadium in Huntington, W.Va. 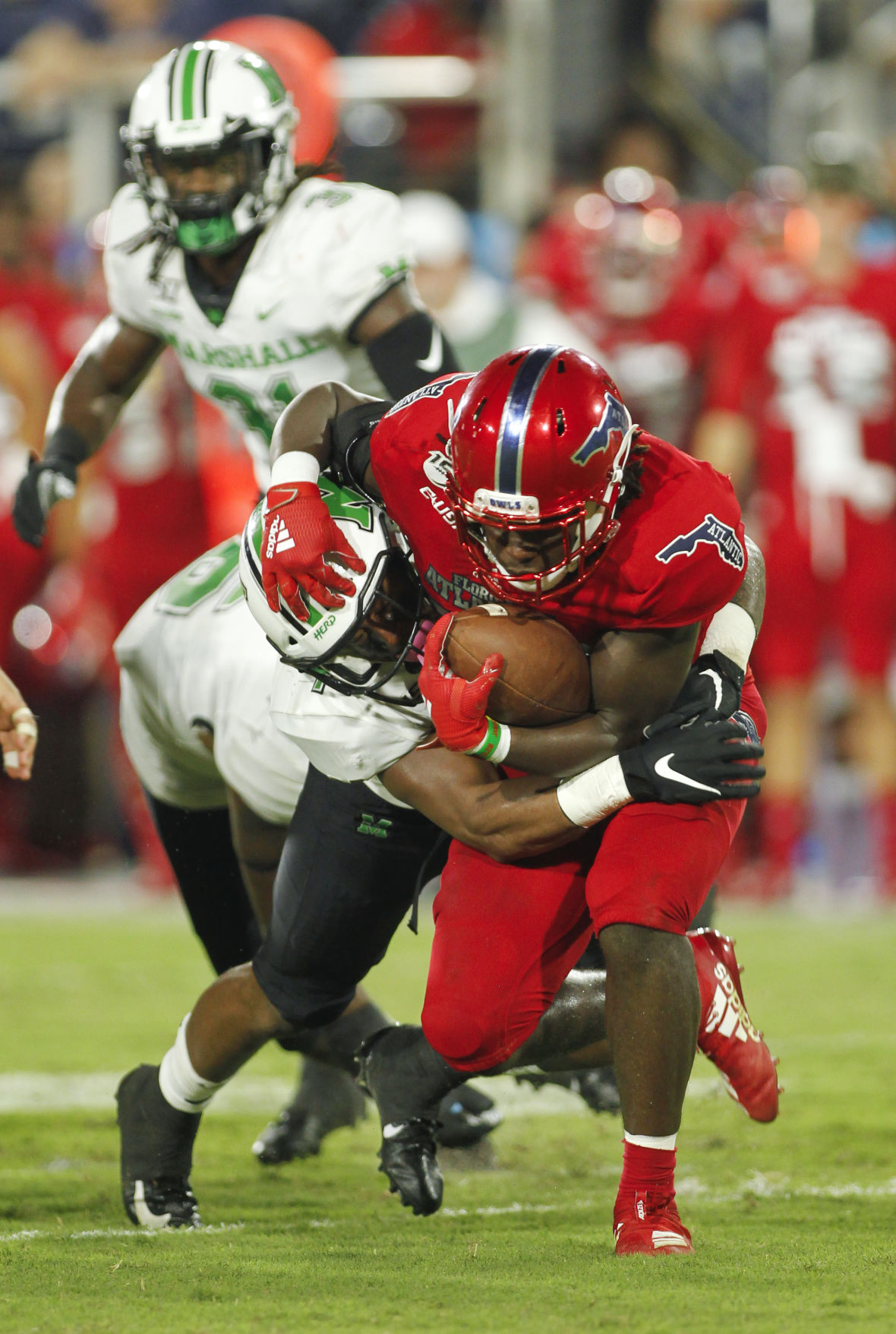 Sholten Singer/The Herald-Dispatch Marshall's Tavante Beckett prepares for a play as the Herd takes on VMI in an NCAA football game on Saturday, Aug. 31, 2019, at Joan C. Edwards Stadium in Huntington, W.Va.

HUNTINGTON — Marshall linebacker Tavante Beckett is in the top six nationally in returning tacklers for the 2020 season.

On Tuesday, Beckett was able to tackle some accolades prior to the season.

Beckett, a 5-10, 209-pound linebacker from Virginia, was named as one of 98 players named to the 2020 Bronko Nagurski Award watch list.

The Bronko Nagurski Award is given annually to the National Defensive Player of the Year by the Football Writers Association of America, in conjunction with the Charlotte Touchdown Club.

Last season, Beckett finished with 121 tackles and was named an All-Conference USA First Team selection in his first eligible season with the Herd since transferring from Virginia Tech.

In 2020, big things are expected of the leader of the Herd’s linebacking corps after he garned Preseason First Team Conference USA honors from Phil Steele Publications and Athlon.

Ironically, Beckett was named to the award list for the nation’s top defensive player on Tuesday, just one day after he was not listed on the Butkus Award watch list, which is given to the nation’s top linebacker.

In addition to Beckett’s honors, West Virginia had a pair of players named to the list in brothers and defensive tackle tandem Darius and Dante Stills.

It was the second such honor for the two on Tuesday as they also were named to the 2020 Outland Trophy Award watch list, given to the nation’s top interior lineman.

The Bronko Nagurski Trophy is a member of the National College Football Awards Association.

The FWAA and Charlotte Touchdown Club will announce five finalists for the 2020 Bronko Nagurski Award later in the season. The winner will be selected from those five finalists.