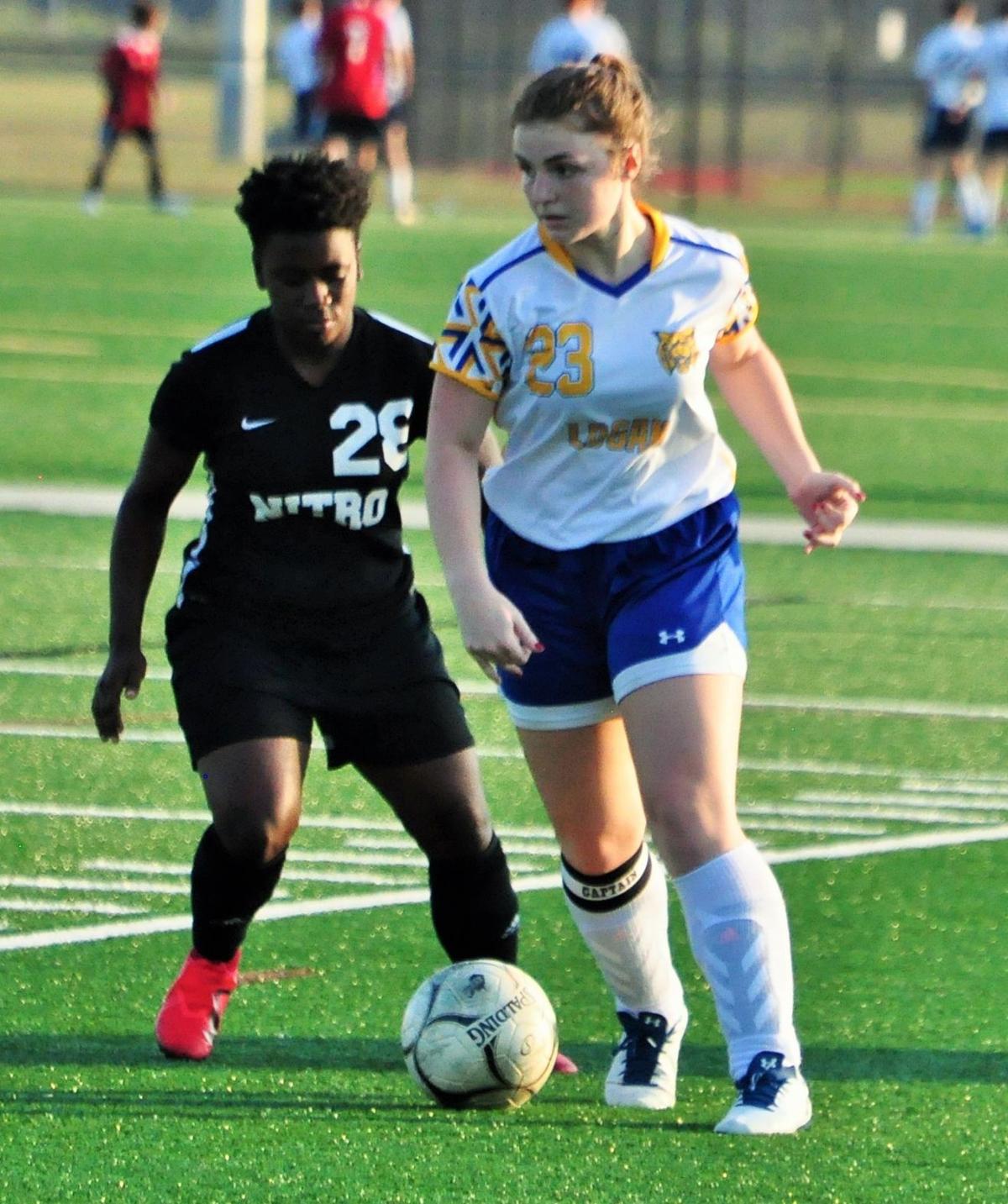 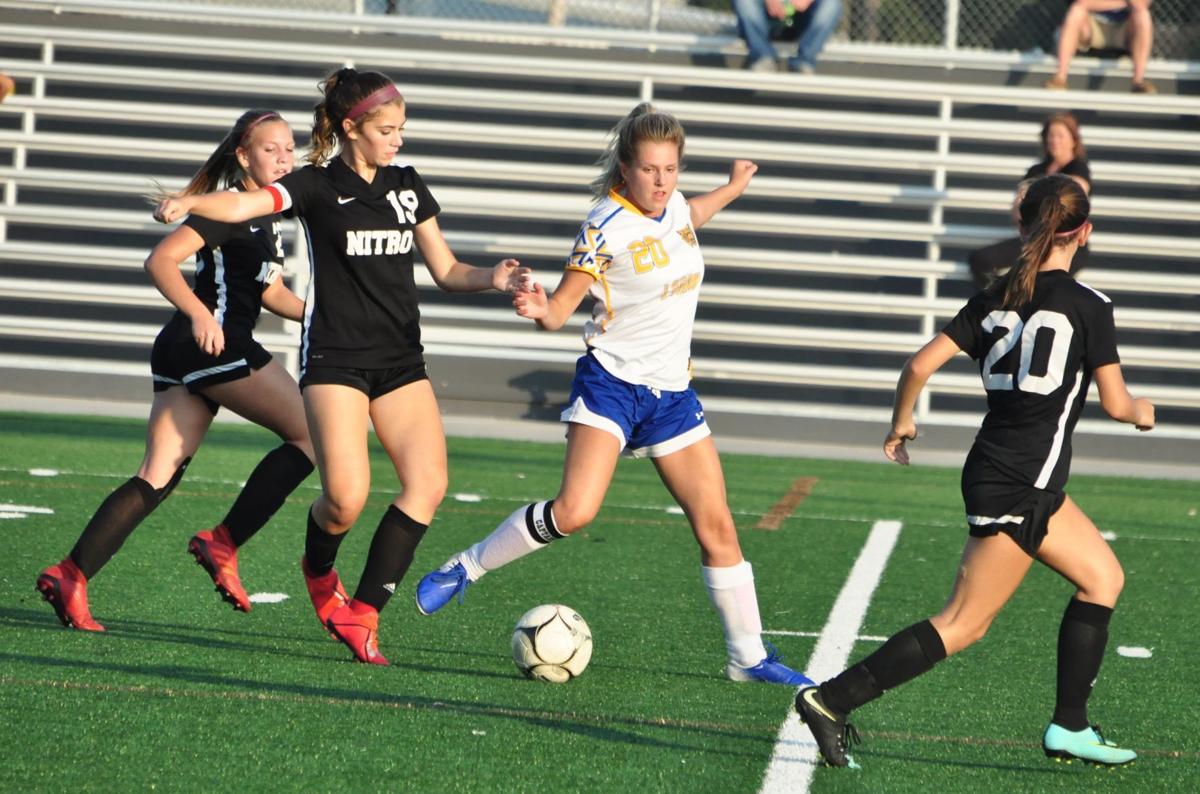 Paul Adkins/The Logan Banner Logan High School’s Peyton Ilderton battles for the ball with a trio of Nitro players in Logan’s 7-1 loss to Nitro on Tuesday, Sept. 17, 2019 at the Shawnee Athletic Complex at Dunbar.

Paul Adkins/The Logan Banner Logan High School’s Peyton Ilderton battles for the ball with a trio of Nitro players in Logan’s 7-1 loss to Nitro on Tuesday, Sept. 17, 2019 at the Shawnee Athletic Complex at Dunbar.

LOGAN — The Logan High School girls’ soccer team was Logan County’s most successful squad last season on the pitch as the Lady Cats were 11-9 overall.

The Lady Cats were ousted from last year’s Class AA/A sectional tournament with a 4-0 loss at Winfield.

Logan hopes to keep that success going this fall in the Lady Cats’ abbreviated 2020 season.

The season, which is scheduled to begin on September 17 at Sherman, has been delayed due to COVID-19 concerns.

The Lady Cats have been practicing since last Monday.

“It’s going pretty good. It’s been an adjustment for everybody,” second-year coach Jack Stewart said. “The coaches have got to wear masks and social distancing when you can. Everything is a little bit different. I just hope that we get to play to be honest.”

Numbers are down, however, from last year.

“We’ve got 14 out this year which is down a little bit from last year,” Stewart said.

The home opener is set for September 19 against Ravenswood at 1 p.m.

“Me and (assistant coach) Gary (Mullins) figured out that we have 52 days until the end of the season,” Stewart said. “Once we get our 14 practices in we have about five weeks to play 14 games that are on the schedule. We lost some games obviously since we are starting late.”

Ilderton was on the state’s top scorers from last year as she booted in more than 30 goals.

“We have a lot of good players coming back,” Stewart said. “We have our top two scorers back in Peyton Ilderton and Madison Mullins. Peyton was one of the top scorers in the state last year as far as goals. She had 30 goals scored. She’s really talented. Both of them have put in work in the off-season and they are both in great shape. They are ready to go. I expect them both to have good seasons. We only lost three players from last year. We also had a couple that didn’t come out for soccer.”

Other players are also expected to contribute.

“We have a couple of new freshman players in Madison Haugen, who has a lot of potential,” Stewart said. “Allie Burton is back. She’s tough.”