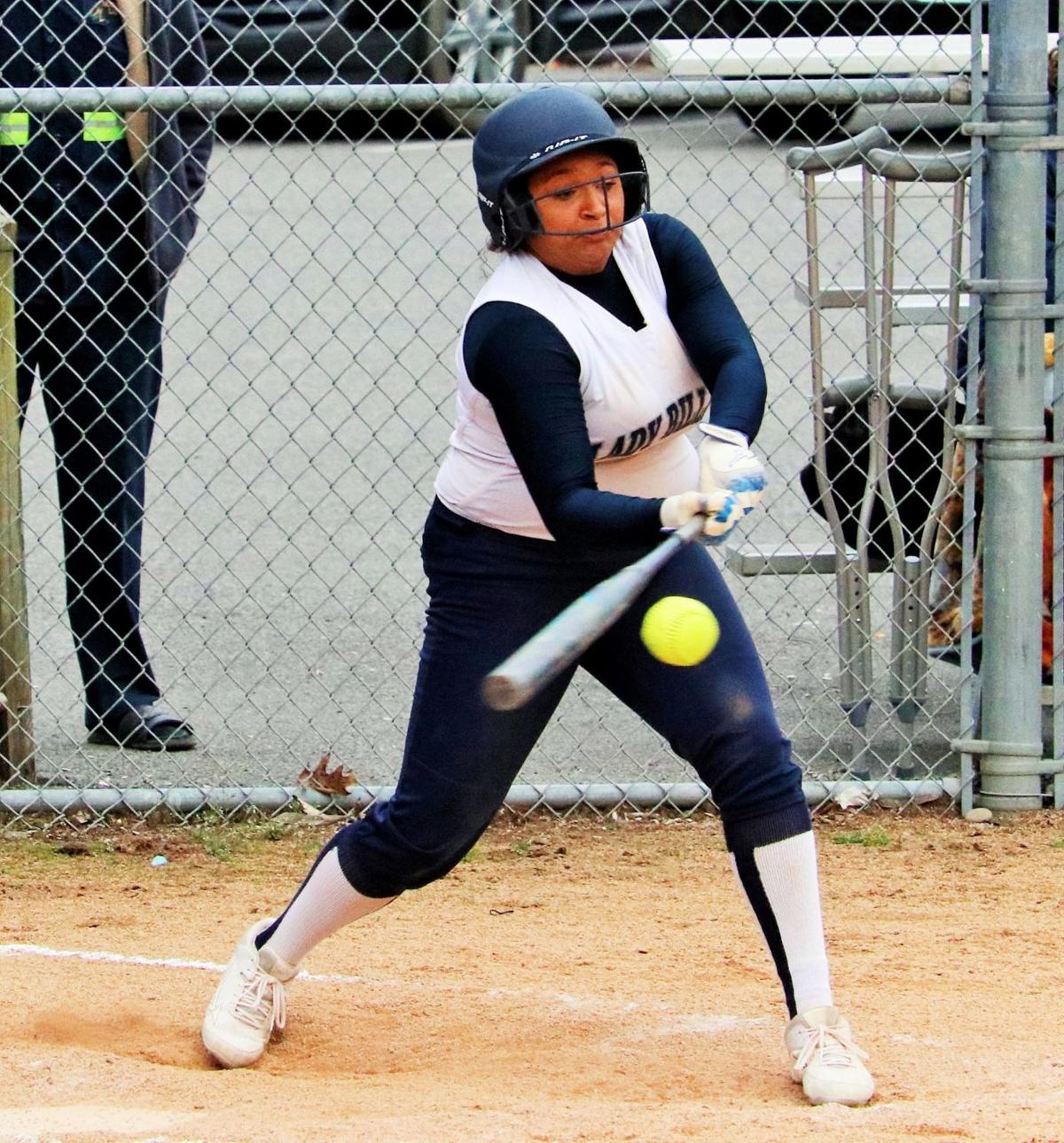 Man’s Olivia Ramsey pounds out a two-run single, the eventual game winning RBIs, in the Lady Billies’ 7-4 win over Tug Valley on Tuesday, April 2, 2019 at Man. 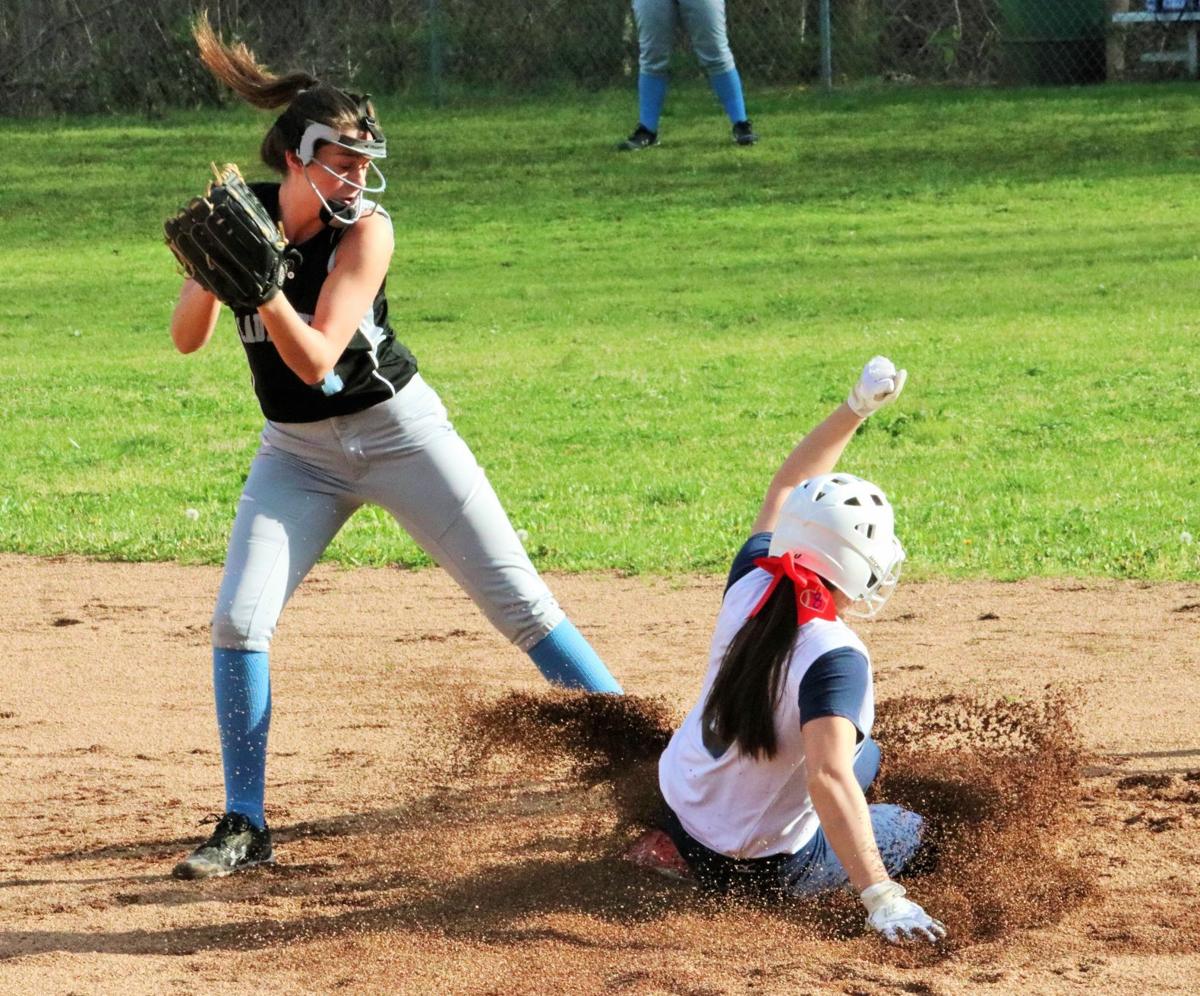 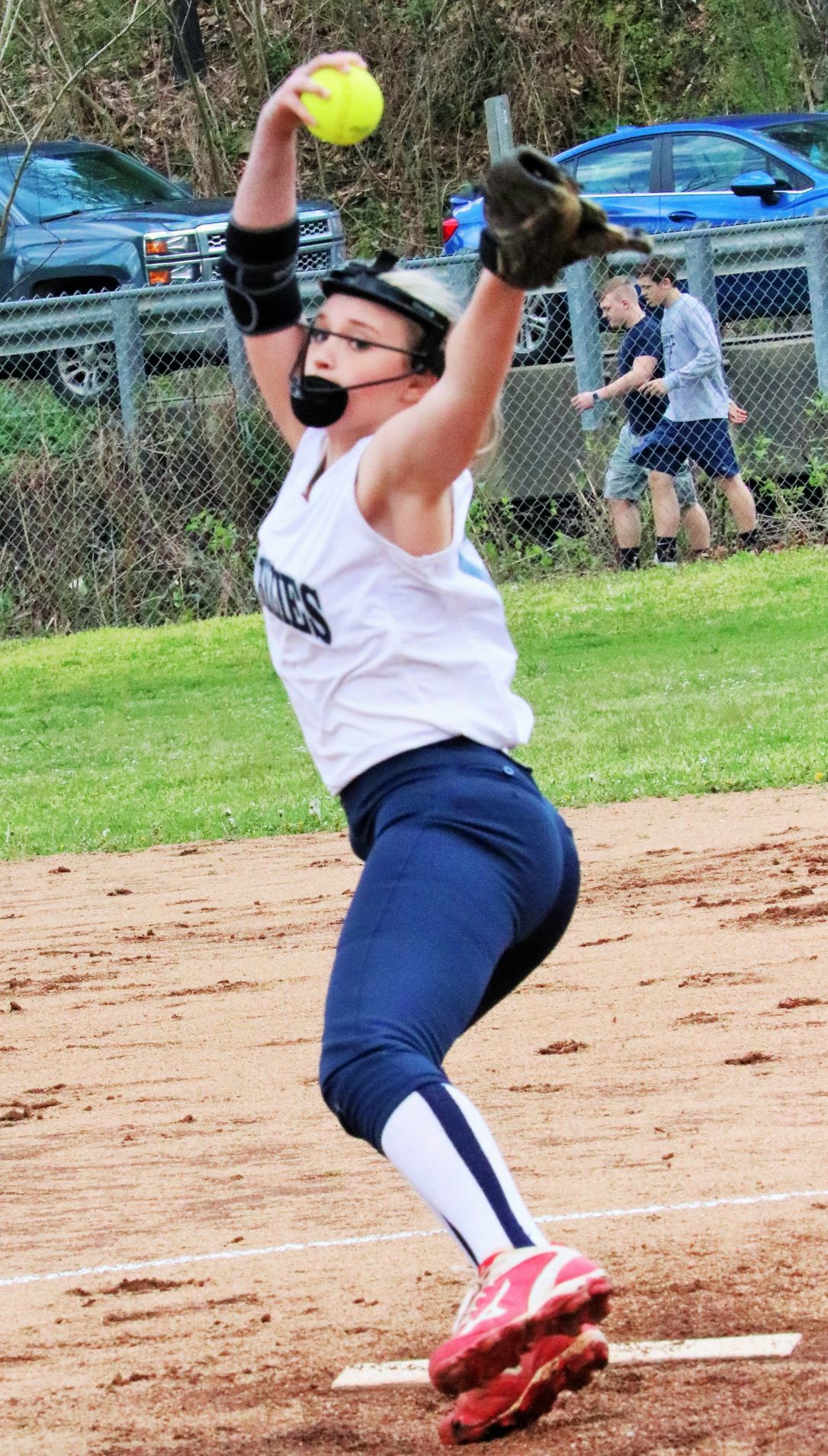 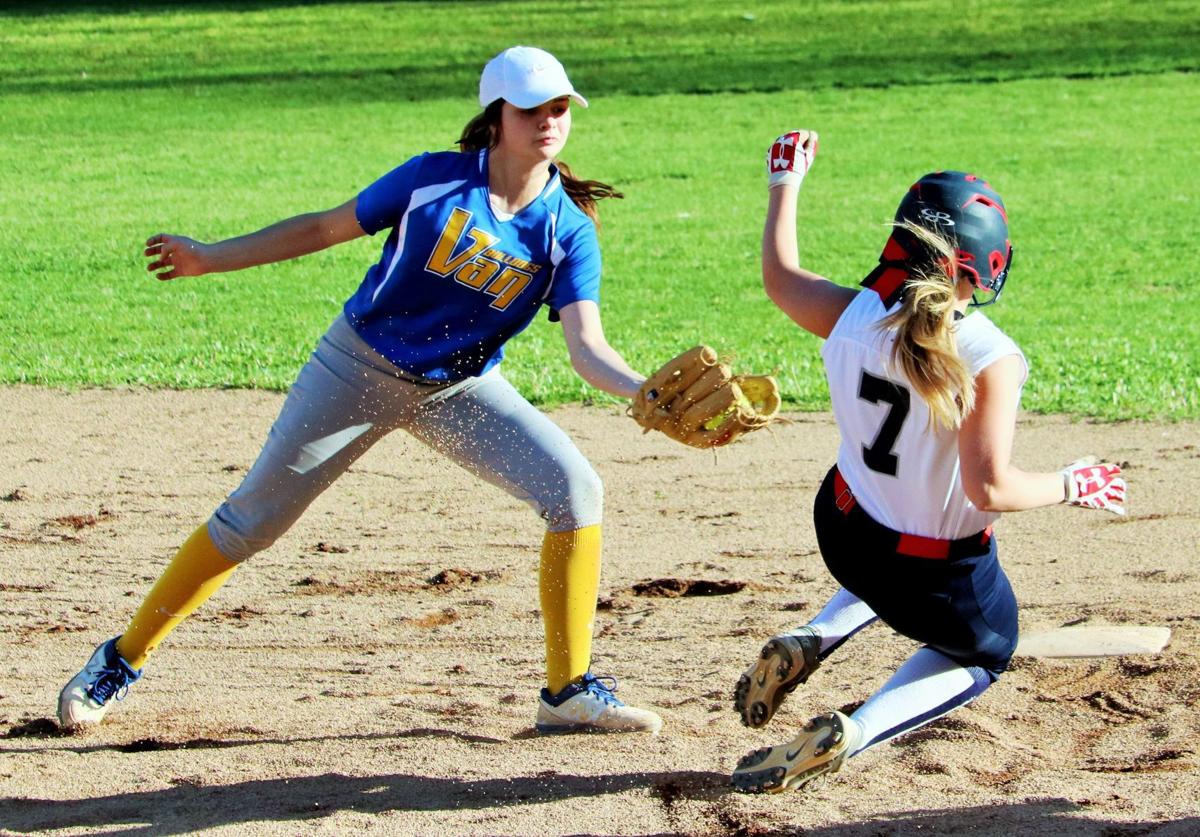 Man High School’s Reagan McCoy (7) slides under the tag of the Van shortstop in last season’s 5-4 win over the Bulldogs at Man. 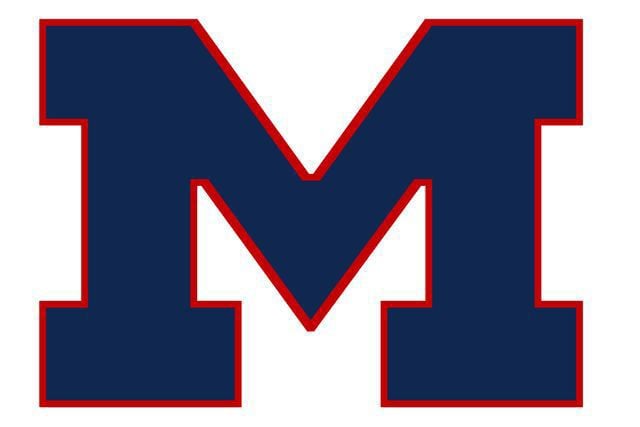 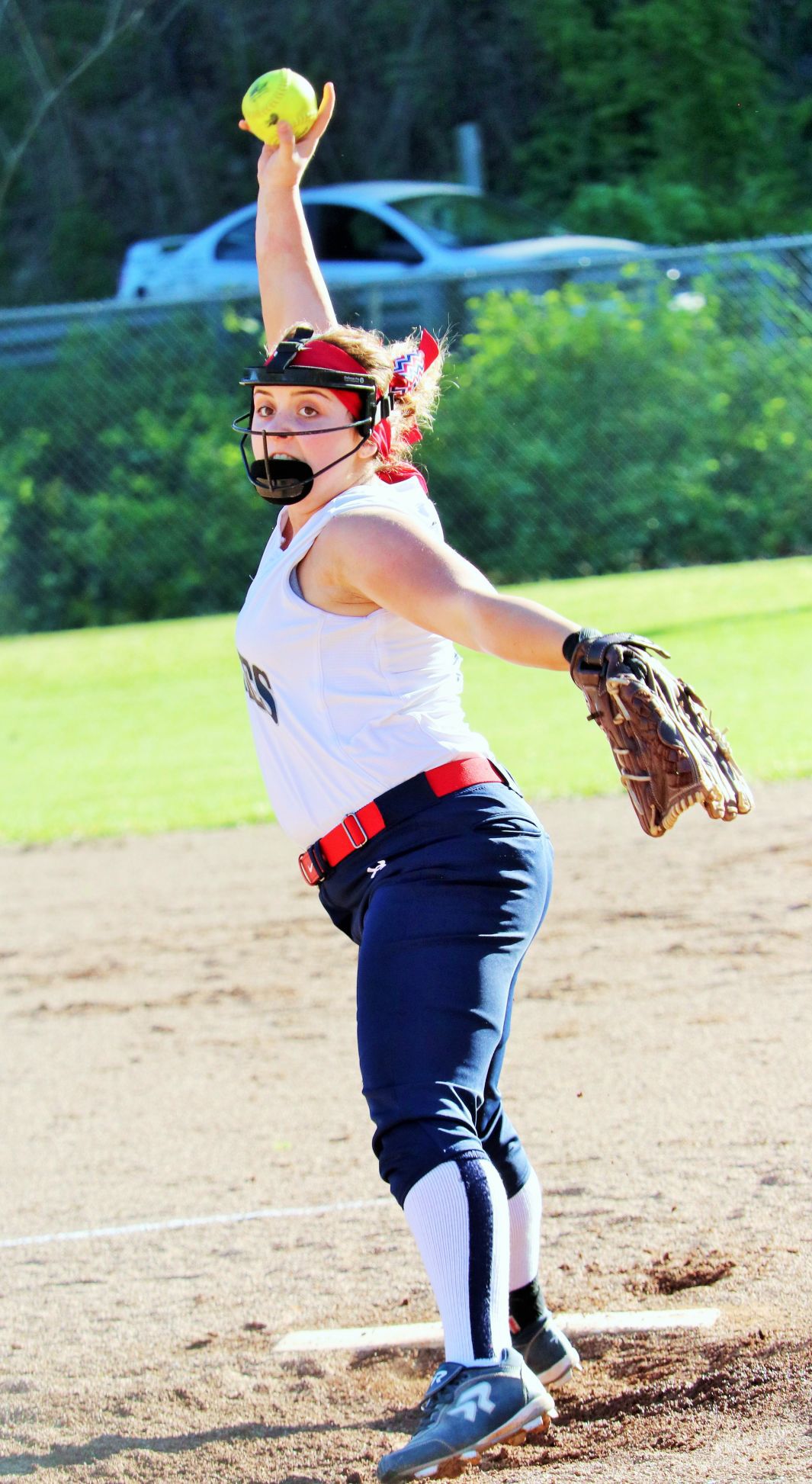 Man’s Olivia Ramsey pounds out a two-run single, the eventual game winning RBIs, in the Lady Billies’ 7-4 win over Tug Valley on Tuesday, April 2, 2019 at Man.

Man High School’s Reagan McCoy (7) slides under the tag of the Van shortstop in last season’s 5-4 win over the Bulldogs at Man.

With this being the last season for the Man High School softball team as a Double-A school, the Lady Billies were hoping to go out with a bang before going back to the Single-A ranks in 2021.

Man was to field a well balanced team, a blend of veteran and up-and-coming talent, and with strong-armed junior pitcher Shania Kennedy coming back, a successful spring seemed to be in the cards for the Lady Billies.

But just as preseason practices were winding down and the regular season was within reach, the COVID-19 crisis happened.

First, school and practices were delayed.

There still was hope, but as the national shutdown lingered it soon became apparent and the writing was on the wall.

The rest of the school year and the entire 2020 softball season ended up being canceled.

It was a shame for Man coach Randy Epperly, his seniors and the rest of the team.

Man was coming off last year’s 13-11 season and were hoping to make a run at the Class AA Region 4 Section 2 championship and land a spot in the state tournament for the first time in four years.

“It was no different for us than anyone else,” said Epperly, Man’s veteran coach. “It’s always disappointing when you can’t get out there on the ball field that’s for sure. This all has been very strange, in more aspects than just the softball, and not being able to teach and go to school every day. I’m old school and I like to be in a routine. I feel really bad for what happened but it was out of our control.”

Man was also looking forward to hosting the sectionals this year. That would have happened last week had the season been played.

“We were really looking forward to the season,” Epperly said. “We had been practicing for two weeks and things were starting to fall into place. We were also getting to host our sectional this year and that gave us a little bit extra advantage. I think that we were going to have a solid ball club.”

This was to be Man’s last year in the current six-team Class AA sectional alongside county rivals Chapmanville and Logan and also Lincoln County, Scott and Mingo Central.

Last season, Man went 2-2 in the double-elimination sectional, which was played at Lincoln County High School.

The Lady Billies first defeated Scott (7-3) in sectional play, then lost a 7-6 nail-biter to eventual sectional champion Lincoln County. Man rebounded by knocking off Logan (6-3), then were eventually eliminated by Chapmanville (8-0).

This was to be the swansong for Man’s senior players, including Olivia Short, Isabella Conn, Reagan McCoy, Skylar Copley and Makenzie Adkins. They never did get to take the field, however.

“Reagan McCoy plays third base and has been around quite a long time,” Epperly said. “Isabella Conn was really coming on last year as an exceptional hitter and base runner. She could play outfield or one of the infield positions. We also had Olivia Short, an outfielder, and Makenzie Adkins. We also had Skylar Copley back. She didn’t play last year but she had come out for her senior year.”

Man had other younger talent back as well, including sophomores Kirsten Ellis, Ashlee Tomblin, Olivia Ramsey and Baylee Muncy. All saw diamond time last year as freshmen and were looking strong during the preseason.

Incoming freshman pitcher Morgan Cooper was also expected to see action within the circle this spring and would have joined Tomblin and Kennedy on Man’s pitching staff.

“Plus, we also had a really good athlete coming over from the middle school, another pitcher, Morgan Cooper, who would have been a ninth-grader this year,” Epperly said. “She’s an exceptional pitcher, so that would have given us three pitchers. Depth-wise, we were looking to be pretty good. We always feel good about our hitting. We work on our hitting a lot. Tomblin did a good job for us last year when Shania wasn’t able to pitch. I felt really good about our pitching staff.”

Promising freshman Kalila Collins was also projected to play some in the outfield this spring for the Lady Billies.

“She had been working hard and had been improving,” Epperly said. “She had played summer ball the last couple of summers. I’m looking for big things out of her next year.”

Next season, Man heads back to Class A ball and will enter a new Single-A sectional along with Tug Valley, Tolsia, Sherman, Van, Buffalo and Huntington St. Joe.

Sherman was last year’s Class A state champion but did not get a chance to defend its state title this spring. Man lost twice to the Tide last season.

Opposite Man in the other sectional and possible regional opponents include: Calhoun County, Gilmer County, Hannan, Ravenswood, Wahama and Wirt County.

The Man softball team had a lot of success in its last go-around as a Class A school.

Led by All-State pitcher Marlena Frye, the Lady Billies were dominant, winning back-to-back Single-A state titles in 2008 and 2009 and coming within a whisker of taking a third straight crown in 2010 with an extra inning loss to South Harrison in the finals.

This spring was also to be the first year the West Virginia State Softball Tournament was to be played at South Charleston at the turfed Little Creek Park complex.

The state tournament had been played at Vienna the last 17 years since 2003.