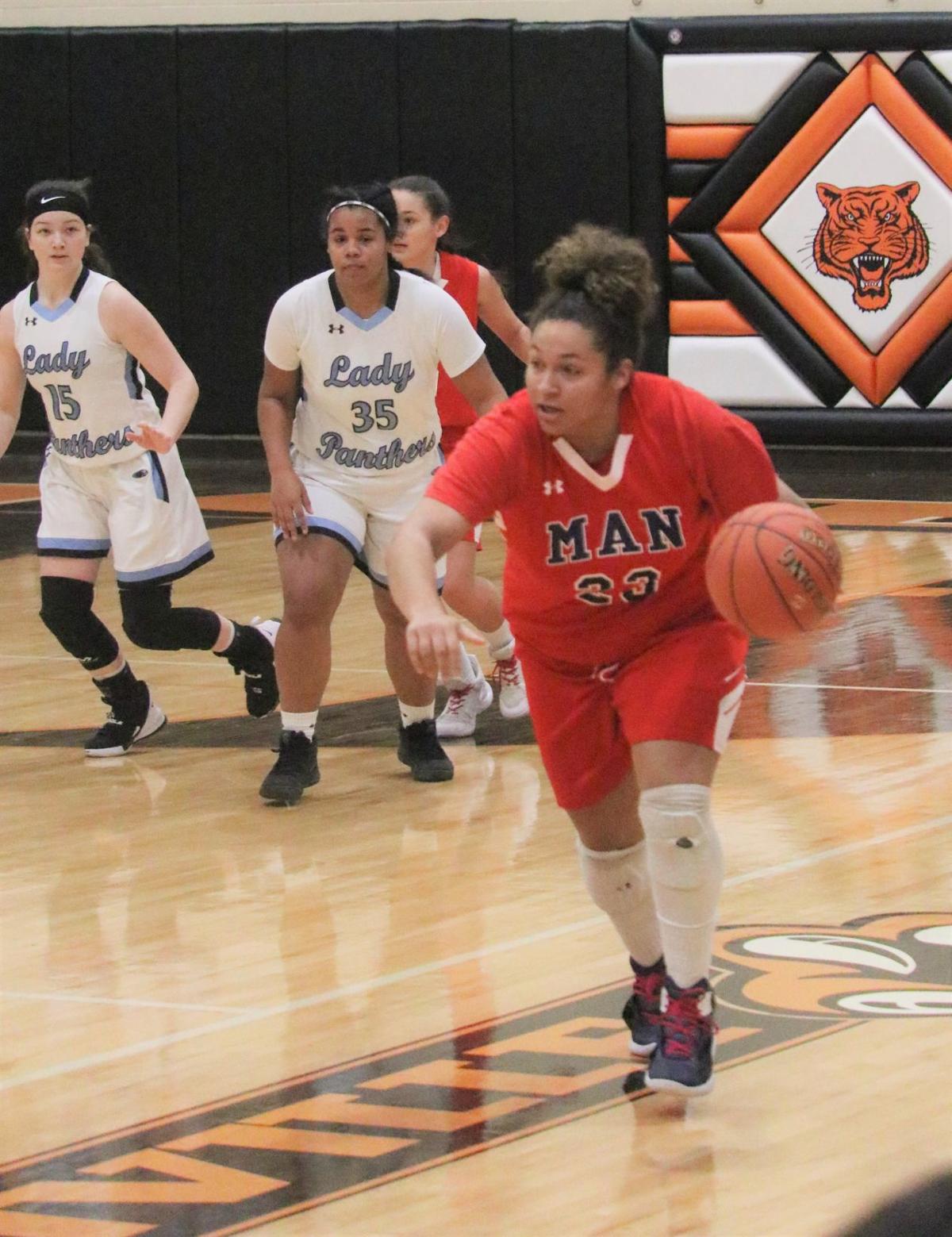 Man High School’s Olivia Ramsey dribbles down court in the Lady Billies’ loss to Lincoln County in the first round of the Class AA Region 4 Section 2 tournament at Chapmanville on Saturday, Feb. 22. 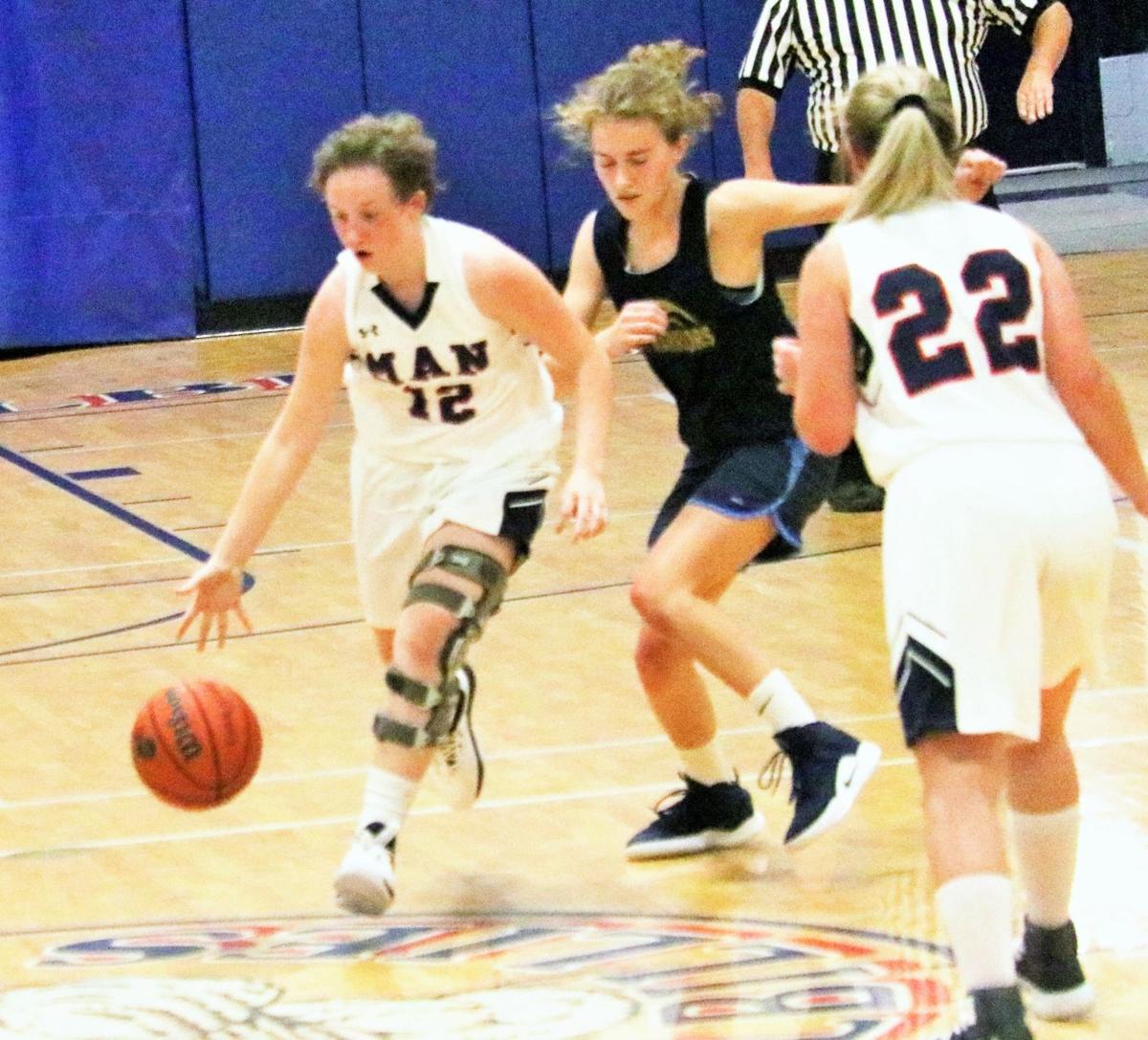 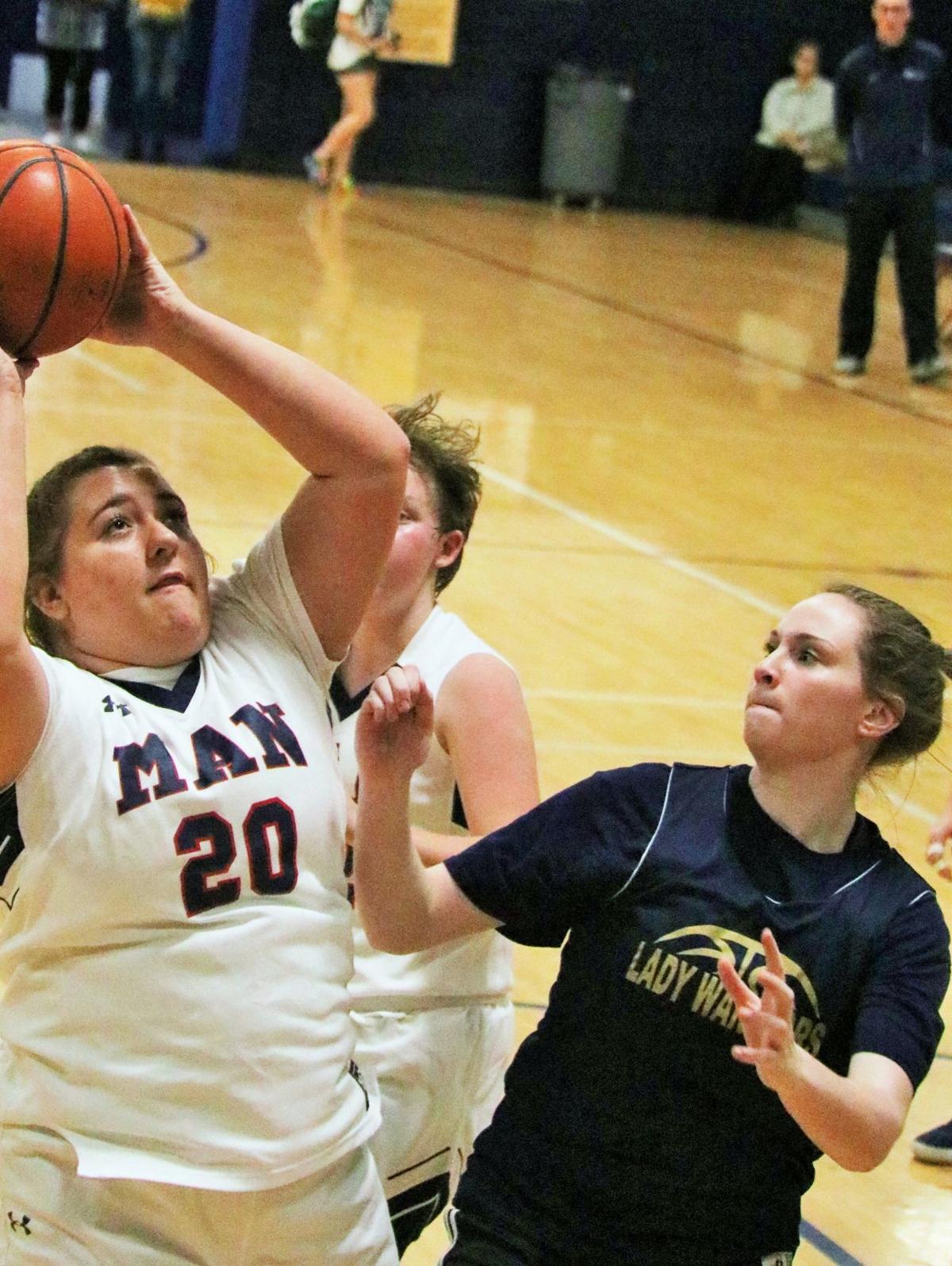 Man's Jenna Mitchell (20) goes up strong for a shot in the paint in a game last season.

Man High School’s Olivia Ramsey dribbles down court in the Lady Billies’ loss to Lincoln County in the first round of the Class AA Region 4 Section 2 tournament at Chapmanville on Saturday, Feb. 22.

Man's Jenna Mitchell (20) goes up strong for a shot in the paint in a game last season.

It was a rough first year for Orlando Washington and the Man High School girls’ basketball team last season.

Washington came on late after the season had already tipped off following the sudden resignation of former coach Charlie Adkins. The Lady Billies ended up struggling to a 1-22 season.

That was coming on the heals of a 2-21 campaign two seasons ago.

Man lost its first 20 games before defeating Sherman, 48-38 in the regular season finale on February 19 at home. The win over the Tide broke a 25-game losing skid dating back to the previous season.

The Lady Billies then lost 68-41 to Lincoln County in the first round of the Class AA Region 4 Section 2 Tournament at Chapmanville.

“It was an interesting season,” Washington said. “Taking over a month in has made this season very unique. I believe we have improved, but are still not were we need to be and the only way to get their is with continued work on the little things that will help individuals improve and the team.”

Man looks to improve greatly for the upcoming 2020-21 season and heading back down to the Class A ranks should help.

The Lady Billies will be placed in a new Single-A sectional with Tug Valley, Tolsia, Sherman and Van. Opposite in the other sectional and possible regional foes are Calhoun County, Gilmer County, Hannan and Wahama.

The WVSSAC moves to a new four-class format next season. Man had been a Class A school the last four years and was the smallest Double-A school in the state by enrollment.

Ramsey poured in 17 points in the win over the Sherman Tide.

However, nine states currently have a shot clock for high school basketball with Georgia becoming the latest in recent days.

Coach Washington, a former multi-star athlete at Man High School and former startling defensive lineman at Marshall in the early 2000s, weighed in on the subject.

“Football players have always had a play clock,” Washington said. “Whether it be 40 seconds or even 25 seconds. They rely on coaches getting plays in in a timely manner to line up and then execute the play on the snap. If they were to implement a shot clock in high school basketball it may take some a little time to get used to. It may help players focus more and understand that they have read and recognize whatever defenses are set and either listen to the set or play the coach has called or run a particular set against whatever defense is being played against them.”

A shot clock could benefit some players and hurt others, Washington said.

“Players with a better understanding of the game probably will not have a problem with it because of the normal flow of the game,” he said. “Inexperienced players may panic and want to rush to get shots up because they know that they only have a certain time to get a shot up. Having said that, practice will be key in getting players used to it and not really worried about it or nervous about it. Just like anything, repetition is critical in being able to get anything down.”

A shot clock would mean there would have to be an extra official to run it at the scorer’s table.

“The problem I see with it is getting someone to control the shot clock to pay attention to the officials signals,” Washington said. “It is tough finding people to help do things. The concept may help players focus more. Players would not be affected I don’t think in the end because it does not take them 25 to 30 seconds to get shots up now. It would hurt teams who like to slow the pace down.”