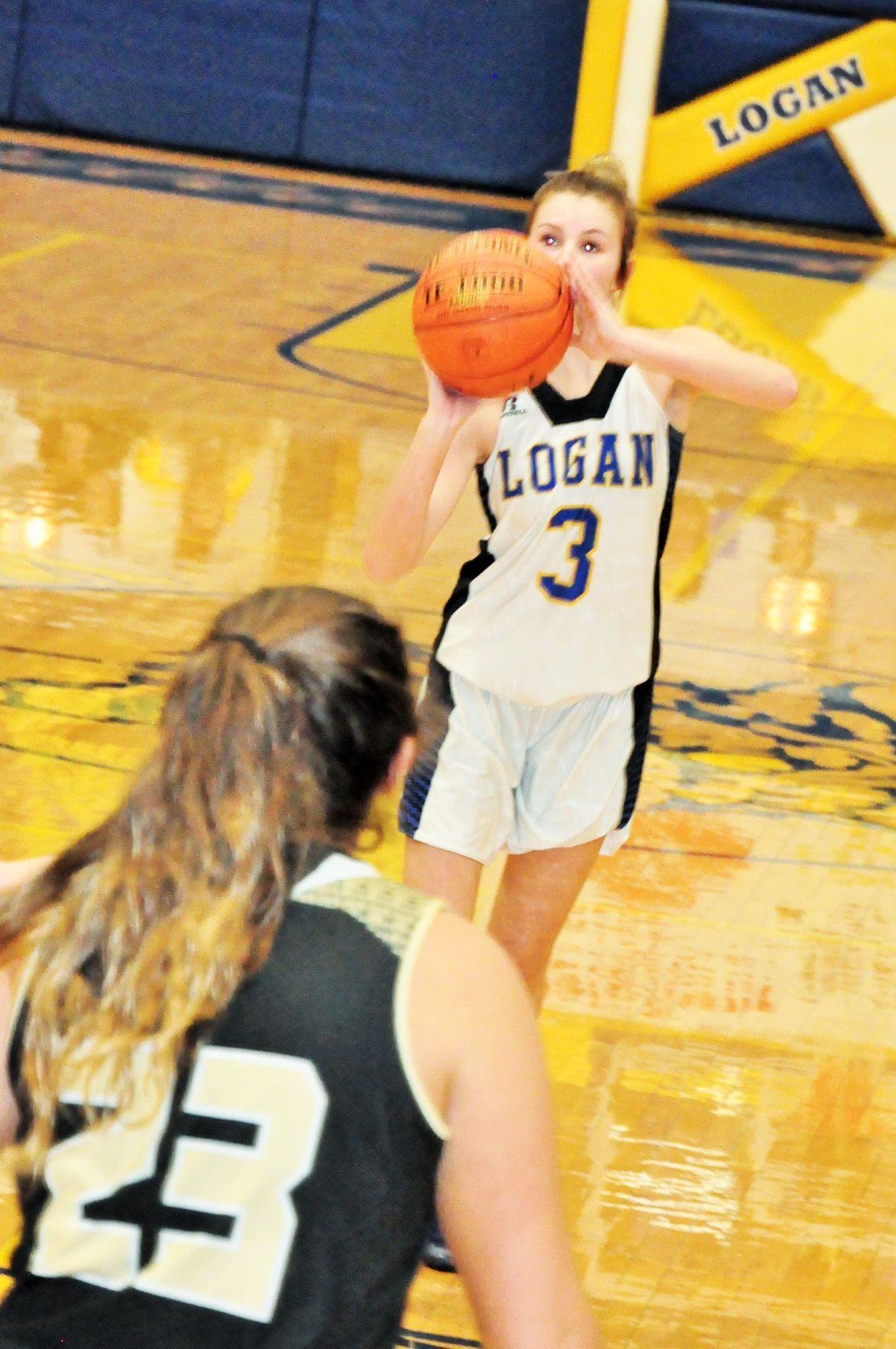 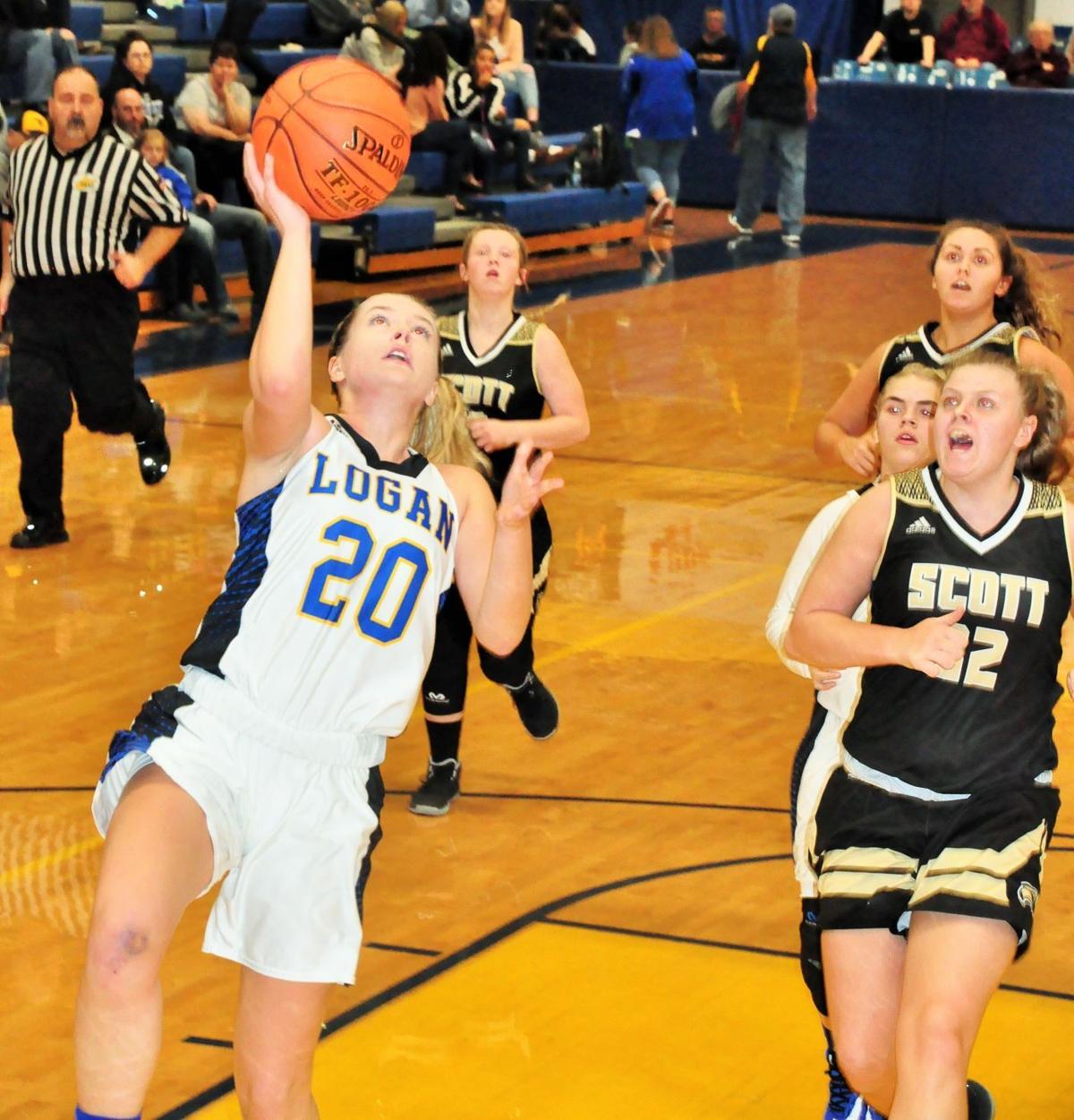 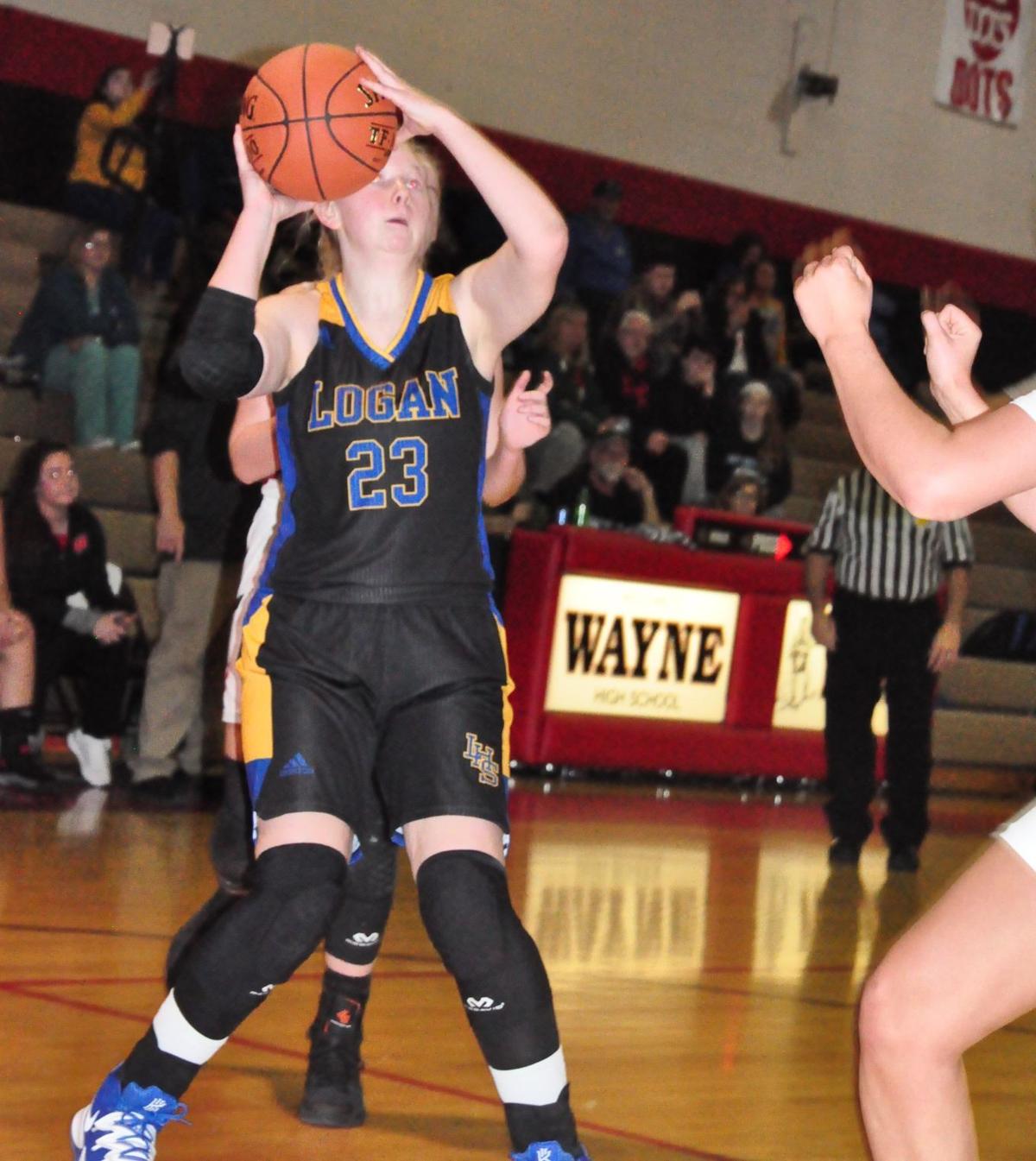 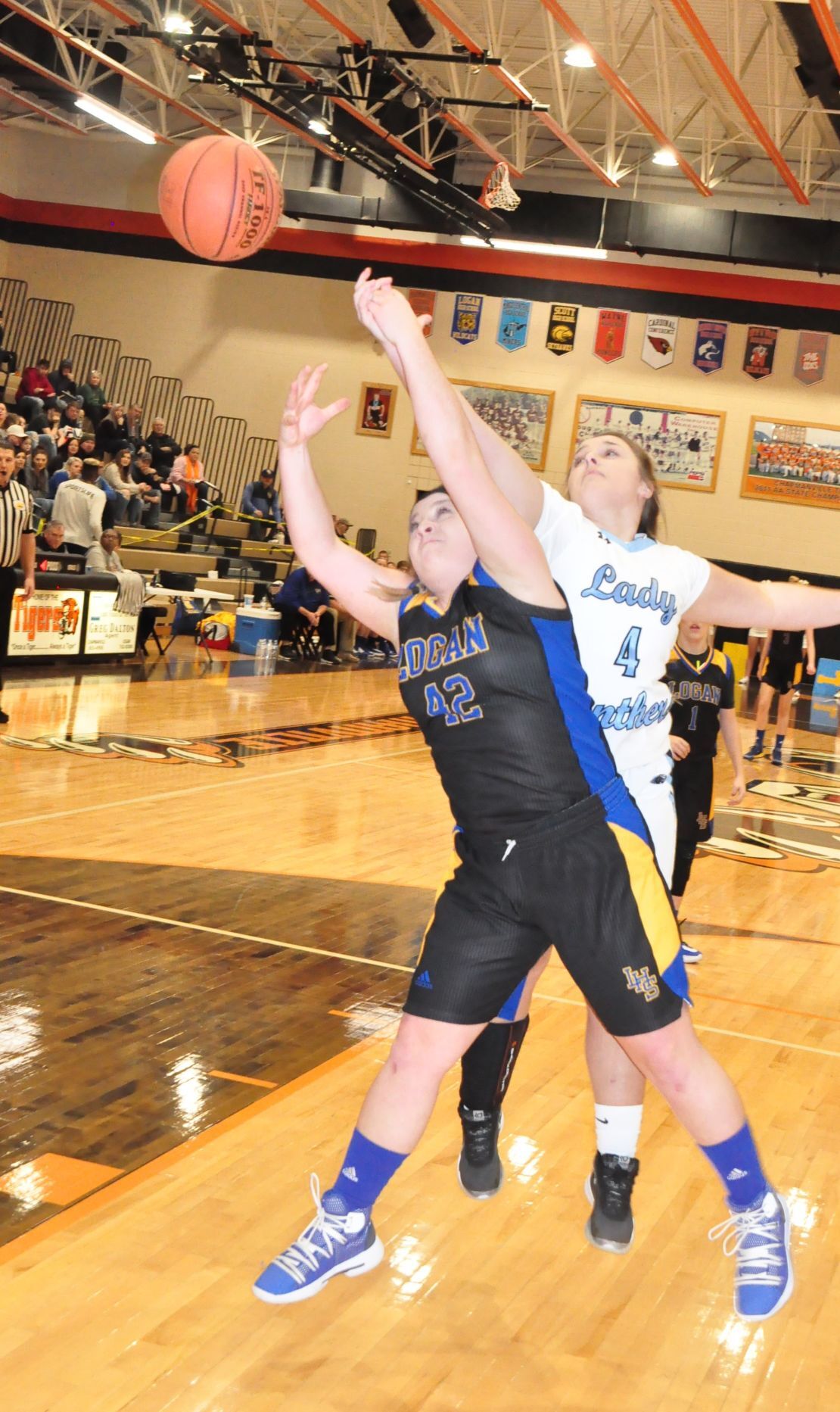 Logan High School’s Raegan Quick jumps for a rebound with Lincoln County’s Carly McComas in the Lady Cats’ 46-44 loss to the Panthers on Friday, Feb. 28 at Chapmanville in the sectional tournament.

Logan High School’s Raegan Quick jumps for a rebound with Lincoln County’s Carly McComas in the Lady Cats’ 46-44 loss to the Panthers on Friday, Feb. 28 at Chapmanville in the sectional tournament.

The Logan High School girls’ basketball team did not have a Senior Night last season.

That’s because the Lady Cats had no seniors on the team.

That bodes well for the Logan girls heading into the 2020-21 hoop season.

With all of its starters back, all of its reserves returning, a group of talented incoming freshmen also coming in, and with the addition of junior guard Abbie Myers, Logan expects to have successful season.

Logan closed out last season with a 10-15 record, taking a narrow 46-44 loss to Lincoln County in the Class AA Region 4 Section 2 championship game at Chapmanville Regional High School, and then bowing out with a 58-31 loss at Winfield in one of the two regional co-finals.

Just like last season, the Lady Cats lack height, but have plenty of quick guards and small forwards who can shoot, defend and take it to the paint.

“We’re going to be a very quick team and a very athletic team,” Logan coach Kevin Gertz said. “We don’t have a lot of size but we will have some very good basketball players. It will be a completely different team. We will probably be 94 feet all game long. I’m excited about it.”

Gertz said he’s glad to have a veteran team coming back for next season.

“We didn’t have a single senior and we have a few coming in from the middle school,” he said. “You always hear rumors about some girls wanting to come back who have played before but I’ll believe that when I see it. Some kids change their minds and some about halfway through wished that they did and by then it’s too late.”

“We didn’t have a boat load of players on our team last year,” Gertz said. “But we have two seniors coming back that I know of in Jill Tothe and Raegan Quick. Jill is a good shooter and our second leading scorer. Raegan started for a couple of years and fought through a lot of injuries. She’s had a lot of bad luck but she has tons of heart and she plays hard and battles like crazy. She’s undersized as most of our team is. There’s also a kid who is a senior that might be coming back to play for her senior year. I hope so.”

Peyton Ilderton, a 5-6 junior guard and the team’s top scorer comes back.

She had a big year last season and was named First-Team All-Cardinal Conference. Ilderton averaged 21.2 points per game and was fourth in the league in scoring.

“Peyton was our leading scorer,” Gertz said. “She was also our leader in assists. She’s a complete player.”

Emma Elkins, a 5-7 rising junior forward, returns for the Lady Cats as well.

“Emma Elkins was out almost her whole first year,” Gertz said. “She came in last year as a sophomore and did an outstanding job for us. We are looking for big things from her. She’s probably the tallest kid that we have.”

“Natalie Blankenship came in last year and did a super job as a freshman,” Gertz said. “She’s worked her butt off during this off-season with Jill’s sister Hannah Tothe, going through drills and going at it for months.”

“Autumn Adkins will be a sophomore this year,” he said. “She’s one of our juniors and she’s playing AAU.”

“Alyssa Goff really really came on for us last year,” Gertz said. “She’s a beast inside. Her problem is that she just hasn’t played a whole lot of basketball. She comes from a very athletic family. Her dad was a heck of a player and her brother Braxton Goff was a heck of an athlete. She’s rough just like all of them, probably the roughest kid that we have.”

Logan also welcomes in transfer Abbie Myers of Chapmanville. Myers transferred to Logan for the second semester last season. She had been the Lady Tigers’ sixth man off the bench.

Myers and Jill Tothe are currently playing for the West Virginia Dream AAU team this summer.

“I’m really excited about having her with us,” Gertz said of Myers. “She can do about anything on the basketball court. She’s a tremendous athlete and she’s been playing AAU ball with Hannah Tothe’s Dream team. She’s so quick and we are glad to have her. It’s a shame that she didn’t get to play for us last year. We won’t just have her for one year we’ll have her for two.

In addition to Tothe and Myers, others are also playing ball this summer.

“We have six girls playing AAU and three or four playing softball so they are staying busy,” Gertz said. “They are getting out of the house like we all want to do.”