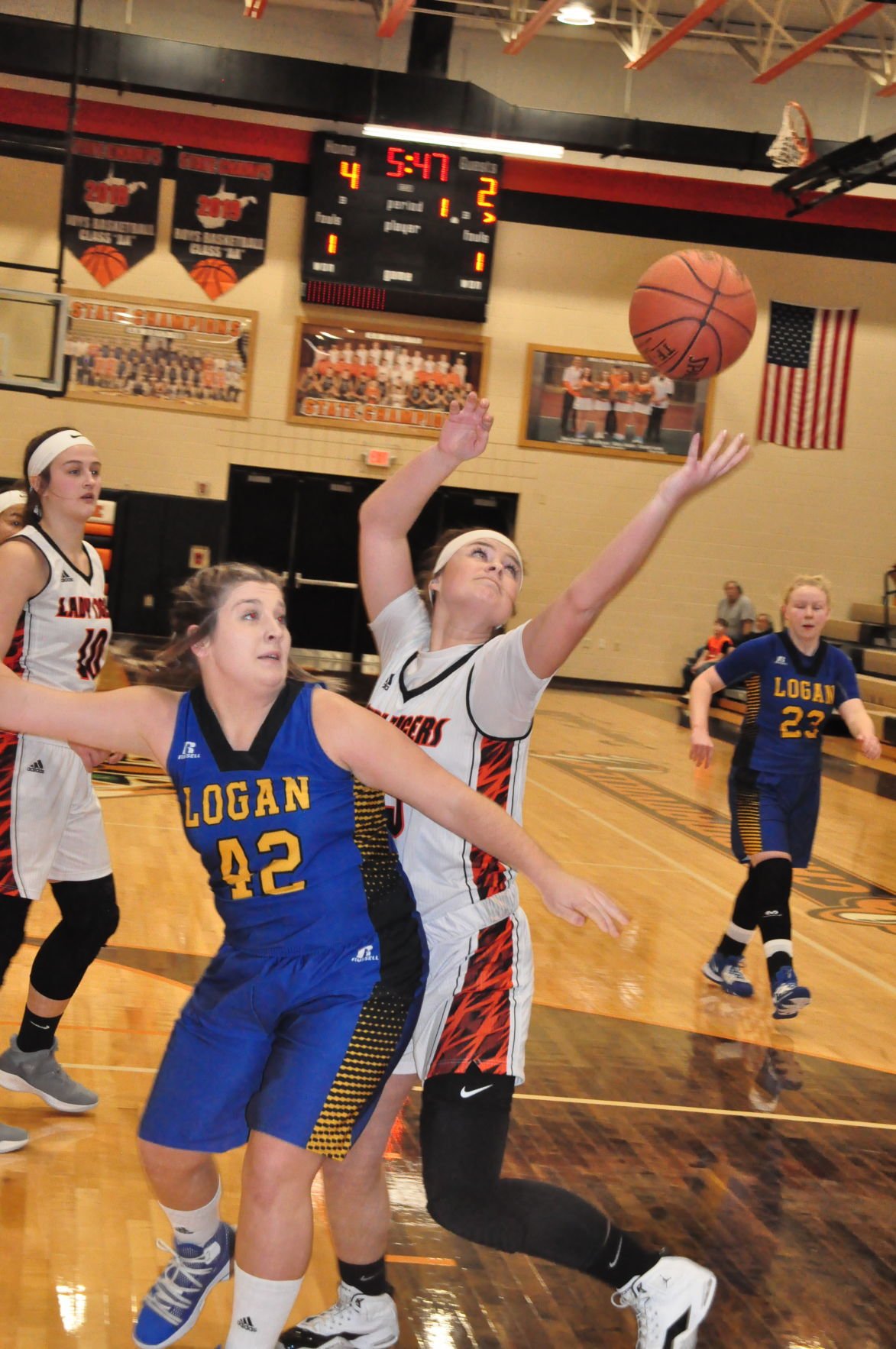 Chapmanville Regional’s Ali Williamson leaps for a rebound over Logan’s Raegan Quick in the Lady Tigers’ 69-46 win over the Lady Cats on Monday at Chapmanville. 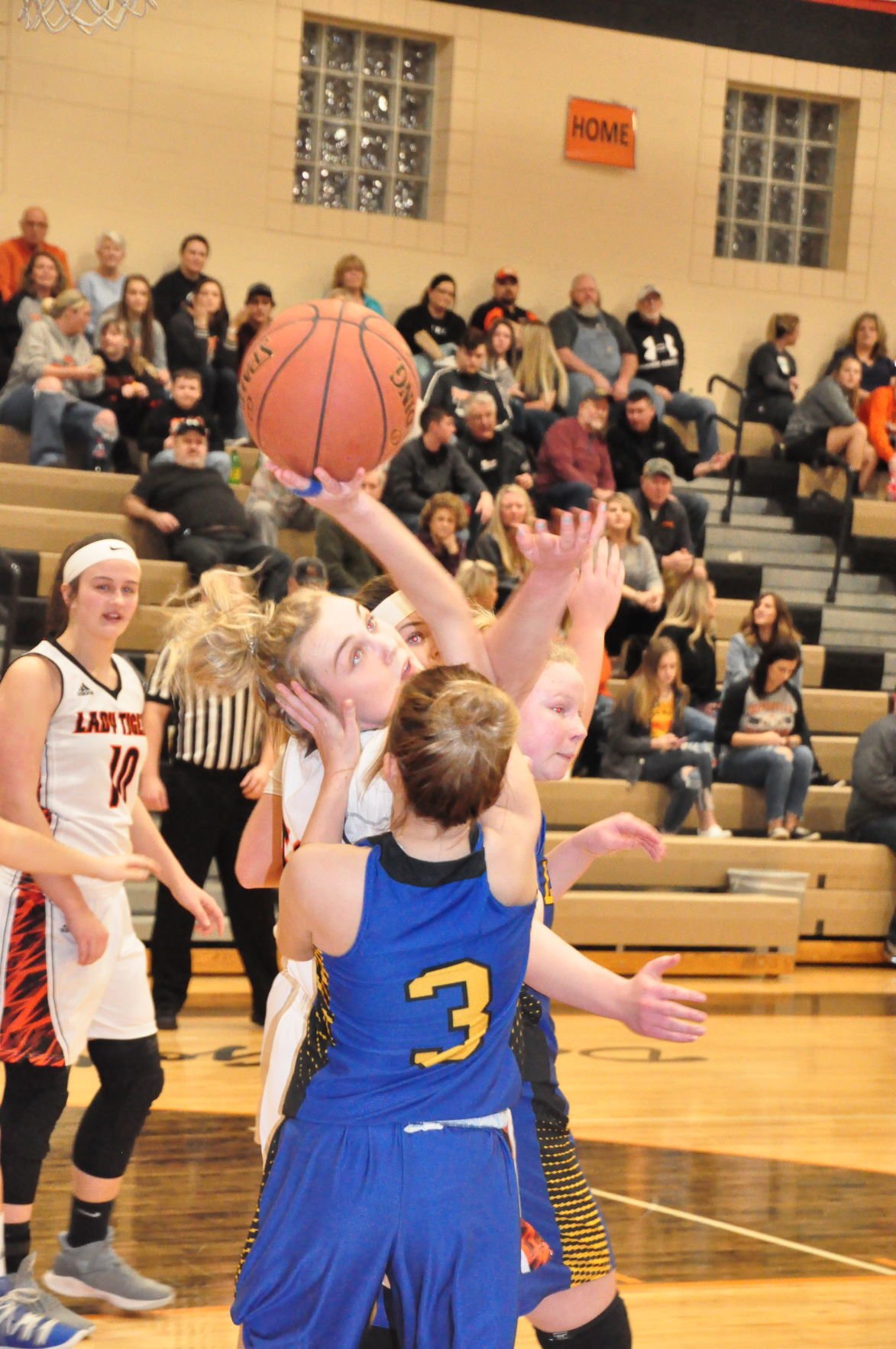 Paul Adkins/The Logan Banner Chapmanville Regional’s Allie Farmer leaps for a rebound over Logan’s Jill Tothe in the Lady Tigers’ 69-46 win over the Lady Cats on Monday, Feb. 3, 2020 at Chapmanville. 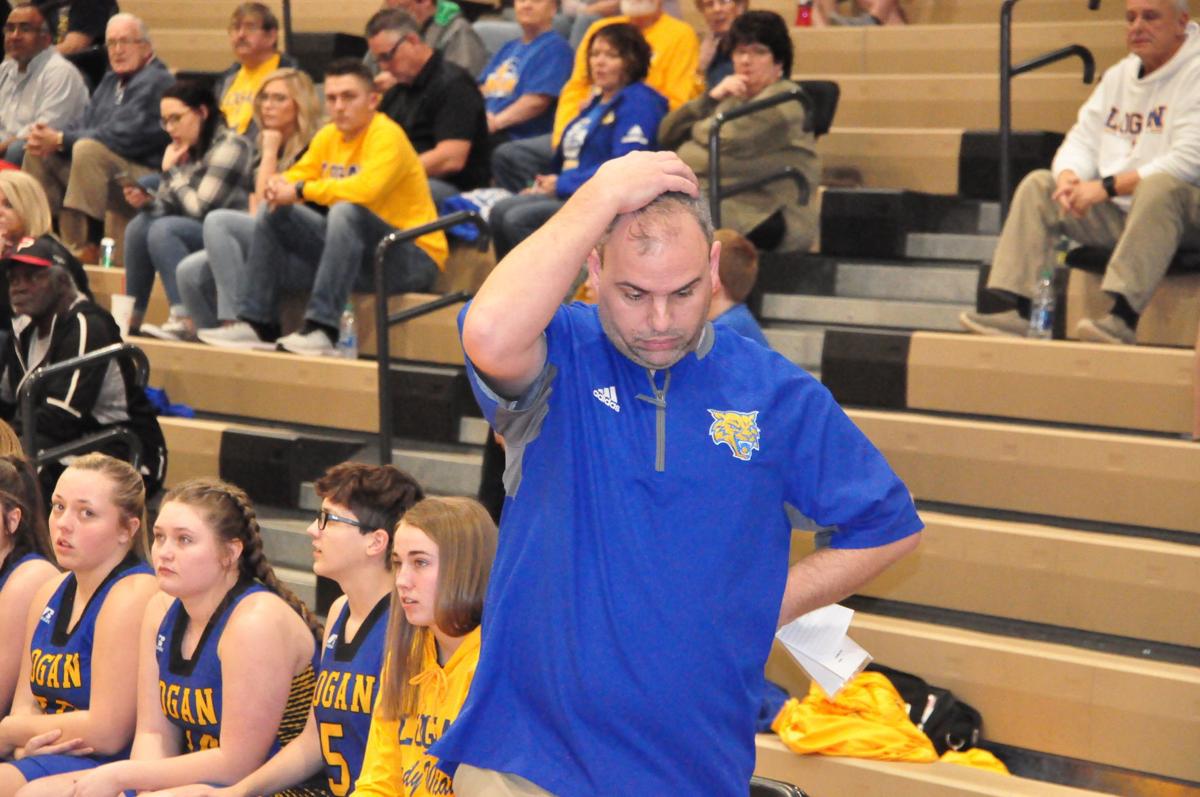 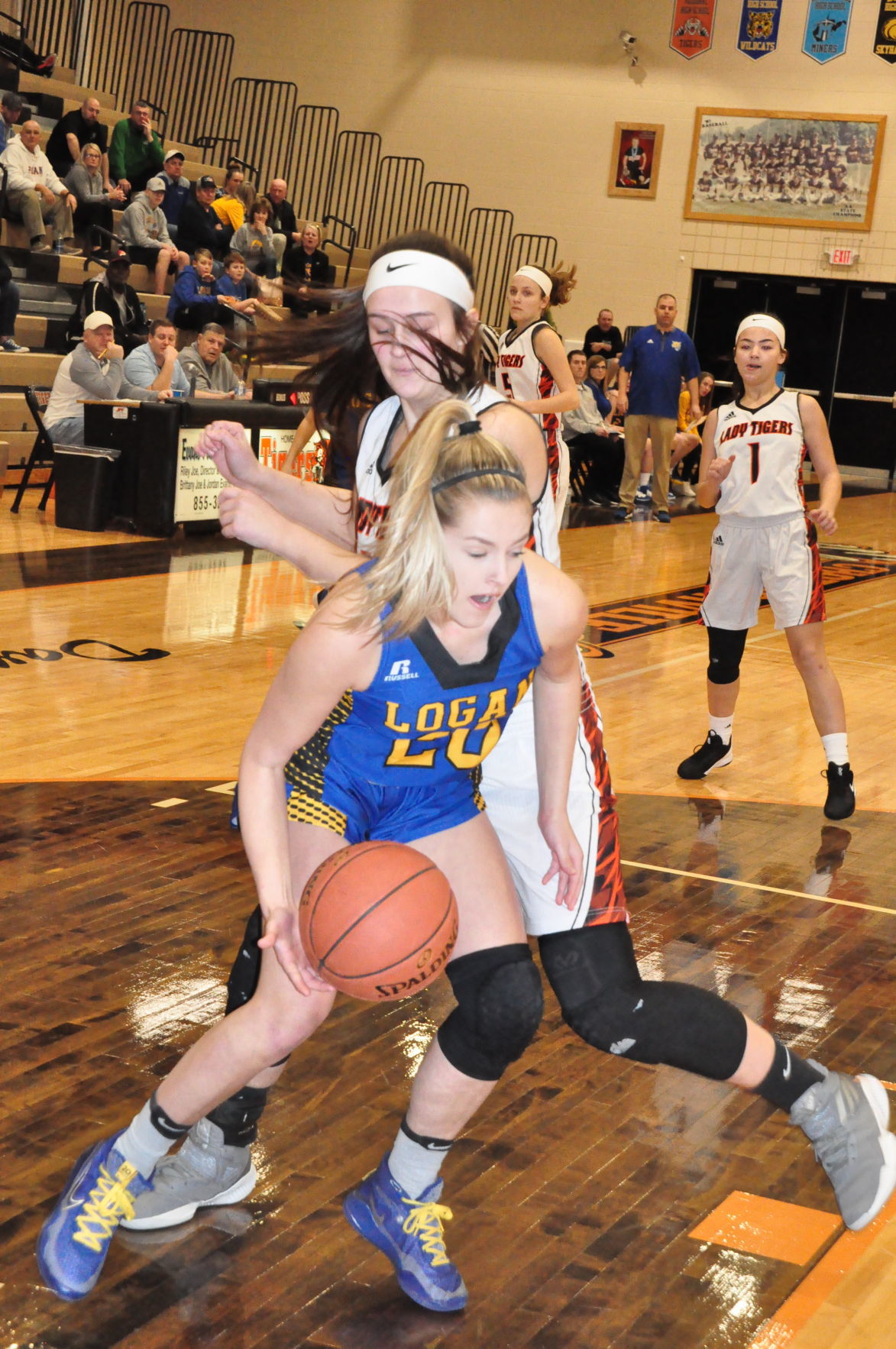 Chapmanville Regional’s Ali Williamson leaps for a rebound over Logan’s Raegan Quick in the Lady Tigers’ 69-46 win over the Lady Cats on Monday at Chapmanville.

Paul Adkins/The Logan Banner Chapmanville Regional’s Allie Farmer leaps for a rebound over Logan’s Jill Tothe in the Lady Tigers’ 69-46 win over the Lady Cats on Monday, Feb. 3, 2020 at Chapmanville.

CHAPMANVILLE — With less than a month away until the sectional tournament the Chapmanville Regional High School girls basketball team hopes to keep inching closer to nailing down the No. 1 seed.

Logan, playing the game without head coach Kevin Gertz who was reportedly home and not feeling well, dropped to 7-9, 4-7. Assistant coach Mike Tothe led the Lady Cats in his absence.

Chapmanville swept the season series with Logan, also taking a 47-44 win on the road on Jan. 23.

The Lady Tigers’ lone loss this season within sectional play was a 67-64 setback at Mingo Central on Dec. 11. Chapmanville split with the Miners this season, also winning 55-48 on Jan. 8.

Mingo Central, ranked No. 9 in the state and sporting a 14-3 record, seem to be in a two-horse race with Chapmanville for the top seed. Lincoln County, Scott and Man are the other three sectional tournament teams.

Emma Elkins added six points for Logan. Autumn Adkins and Jill Tothe had three each. Alyssa Goff had two points and Natalie Blankenship and Raegan Quick had one point each.

Chapmanville jumped on top of Logan 18-6 after one quarter of play and never looked back. CRHS led 36-17 at the half and 52-32 after three.

CRHS coach Johnny Williamson said it was a good win by his team.

“We dominated on the boards tonight,” he said.

Chapmanville raced out to an 11-2 lead in the first quarter after a 3 by Williamson.

Williamson later scored on a baseline shot and Dalton’s 3 put the Lady Tigers ahead 18-6 after the first quarter of play.

In the second quarter, Logan cut it back to 20-14 with Ilderton’s old-fashioned three-point play and a split from the foul line.

Williamson then scored seven straight points as Chapmanville led 27-14. She scored on a lay-in, a 3-pointer and a steal and layup during the run.

The 14-0 run then closed out with 1:50 to go until halftime after Brumfield’s three-point play. Blair and Farmer also had putbacks in the paint during the scoring outburst.

Ilderton ended the run with an old-fashioned three-point play of her own as Logan trailed 34-17.

Farmer then netted a 15-foot shot, giving Chapmanville a 36-17 lead at the break.

CRHS then coasted in the second half.

The Lady Tigers are scheduled to host Class AA No. 2-ranked Winfield (15-1) on Thursday at 7:30 p.m. Chapmanville then travels to Wayne on Feb. 10 and hosts Tolsia on Feb. 12. The regular season finale is Feb. 17 at Man.

The Logan girls have six games left in the regular season.

The Lady Cats play at Man on Thursday at 7 p.m., then play River View on Feb. 10 at 11:30 a.m. at West Virginia State University in the Little General Shootout.

Peyton Ilderton led Logan with 12 points on the night.

Raegan Quick had six, Natalie Blankenship five and Alyssa Goff and Emma Elkins had four each. Jill Tothe chipped in with two points.

Wayne led 15-2 after one quarter of play and coasted. The Pioneers held a 30-10 advantage at halftime and led 52-25 after three.

Wayne swept the season series with Logan, also taking a 56-36 victory on Dec. 12 at home.

Paul Adkins is the Sports Editor of the Logan Banner. Follow him @PAdkinsBanner on Twitter or email him at padkins@hdmediallc.com.