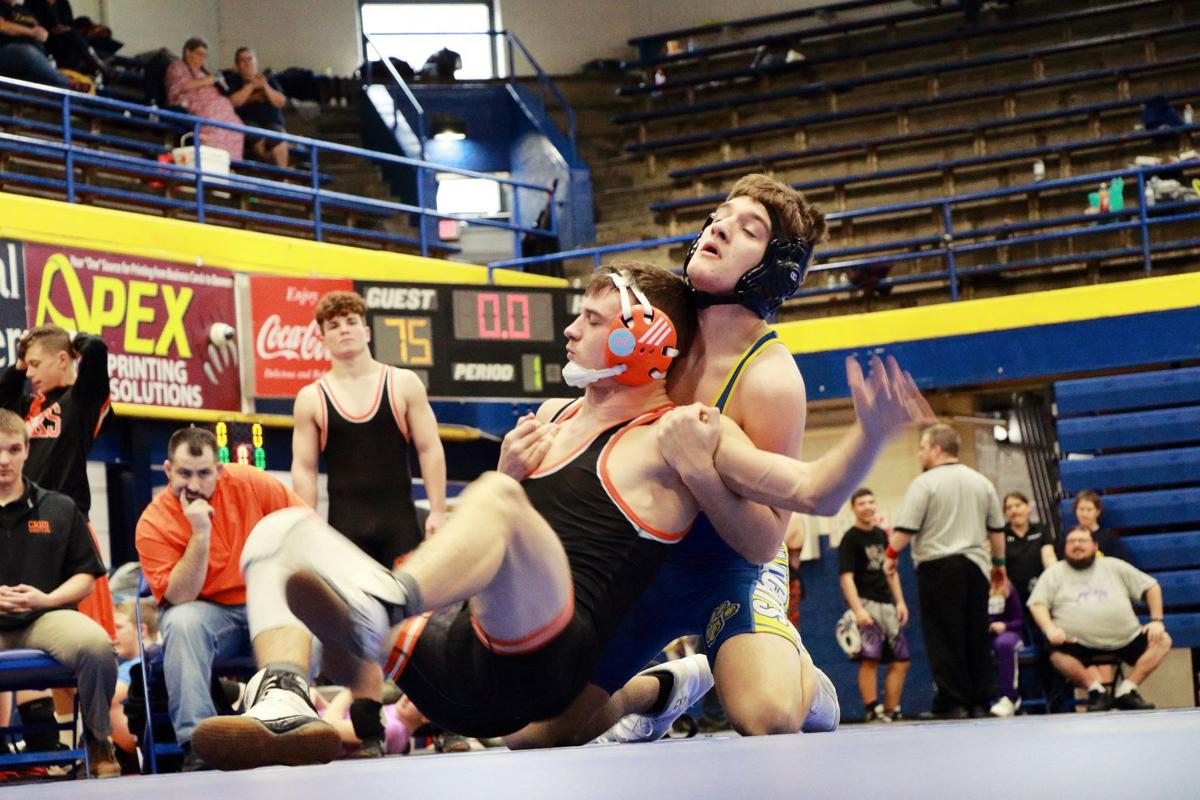 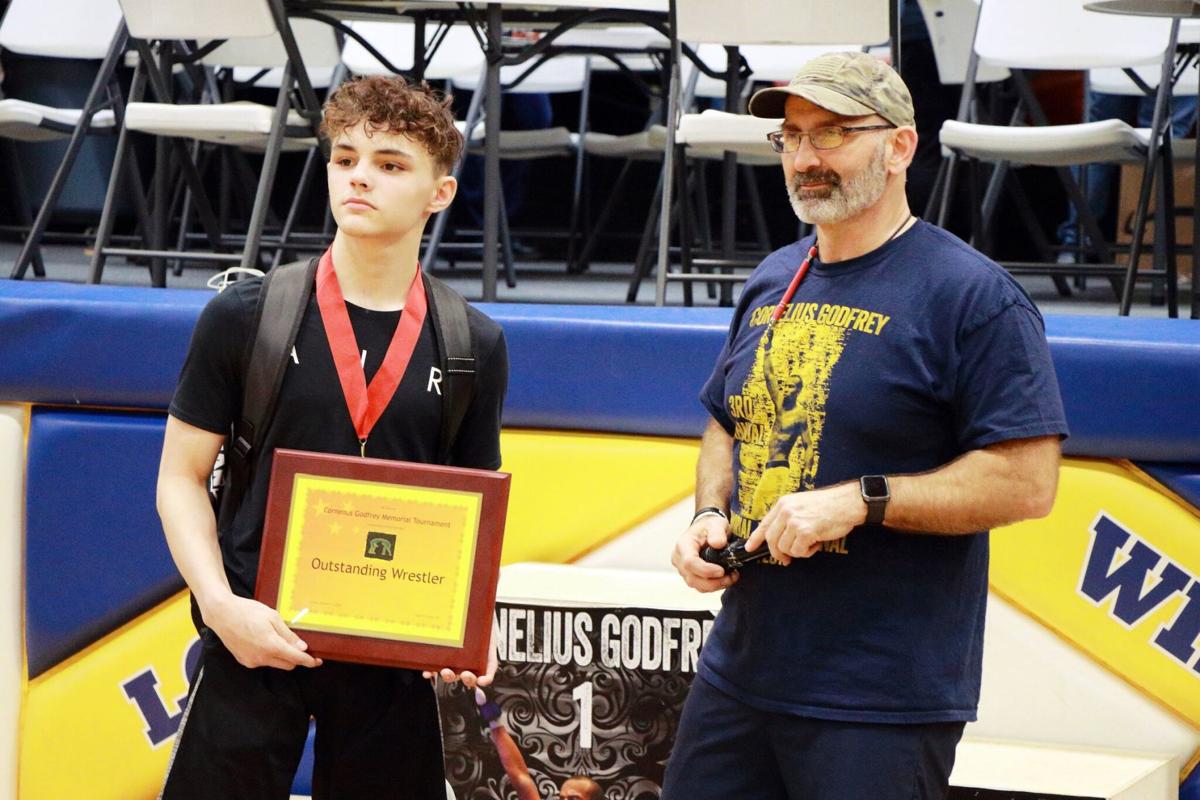 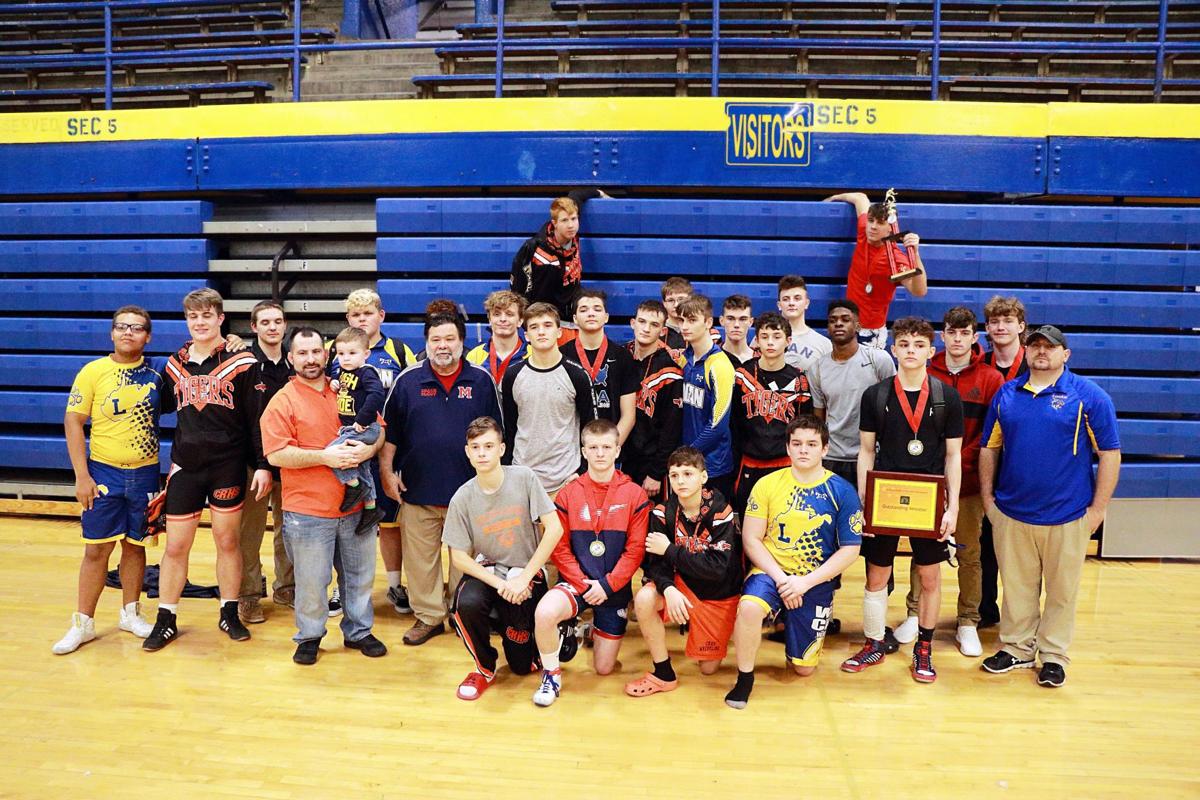 Cornelius Godfrey was a state champion wrestler and all-state football player at Logan High School. He was a Marshall University graduate, athletic trainer, high school coach and an up-and-coming Mixed Martial Arts fighter. He died in 2013 at the age of 25. Known as “Corny” to his many friends, Godfrey was survived by his wife, Brittany (Stone) Godfrey; and daughter, Naomi.

2020 marked the fourth edition of the Cornelius Godfrey Memorial Wrestling Tournament. Participants included 12 high schools, as well as middle school wrestlers. Organizer Jason Davis said it would not be possible to stage such a large event without the tremendous cooperation among all three Logan County high school wrestling programs.

Man Hillbillies freshman Jimmy Green was named the tournament’s Outstanding Wrestler, as four out of the Hillbillies’ eight participating wrestlers finished undefeated at the event. Man actually bested the Wahama White Falcons in head-to-head competition, but Wahama took tournament first-place honors after Man had to forfeit matches in the weight classes where they did not have a wrestler.