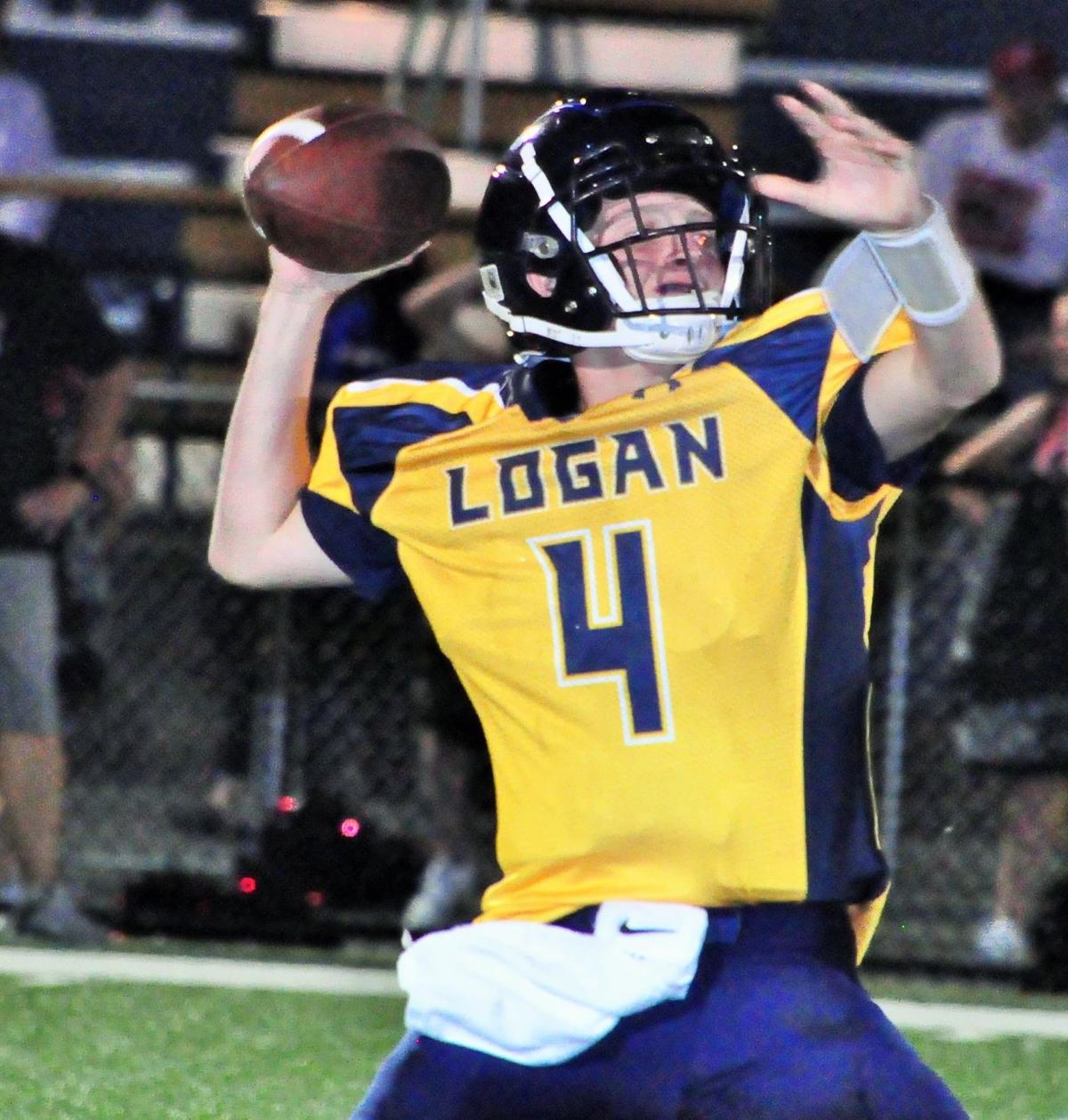 Paul Adkins/The Logan Banner Logan quarterback Jordan Hayes drops back to pass in the Wildcats’ 28-6 loss to Sissonville on Friday, Sept. 6, 2019 at Logan. 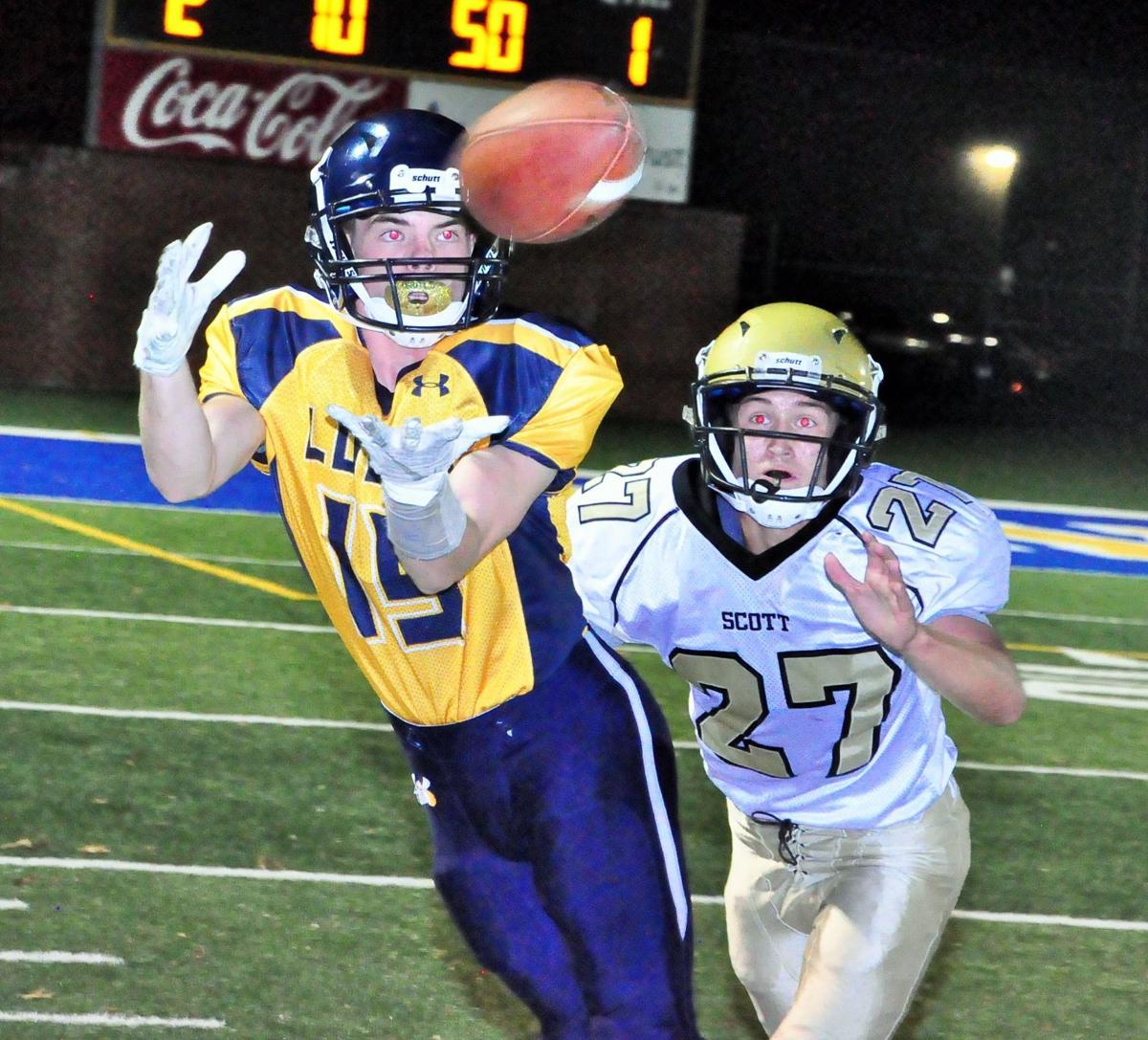 Paul Adkins/The Logan Banner Logan’s Dawson Maynard reels in a pass in the Wildcats’ 35-0 win over Scott on Friday, October 11, 2019 at Logan. 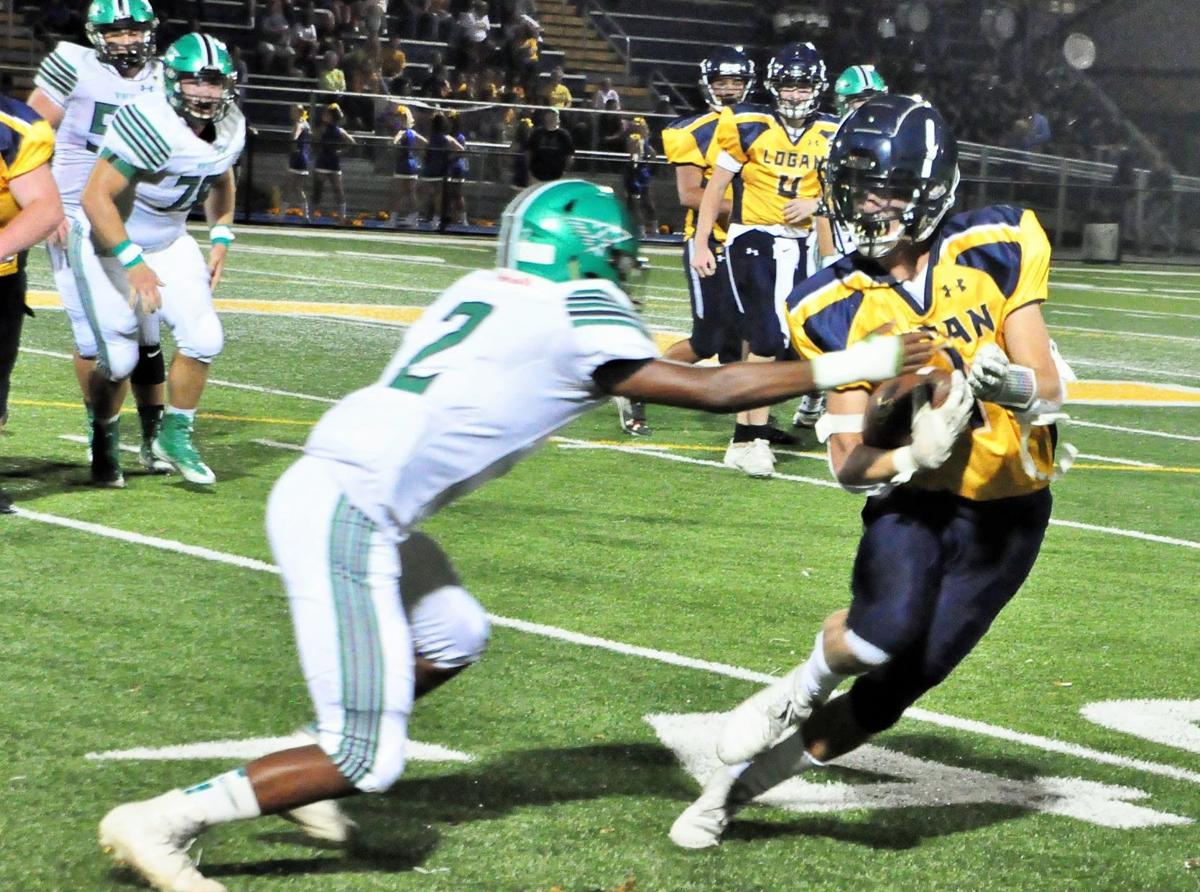 Logan’s Aiden Slack tries to elude a Winfield defender in the Wildcats’ loss to the Generals on Friday, Sept. 27, 2019 at Logan.

Paul Adkins/The Logan Banner Logan quarterback Jordan Hayes drops back to pass in the Wildcats’ 28-6 loss to Sissonville on Friday, Sept. 6, 2019 at Logan.

Paul Adkins/The Logan Banner Logan’s Dawson Maynard reels in a pass in the Wildcats’ 35-0 win over Scott on Friday, October 11, 2019 at Logan.

Logan’s Aiden Slack tries to elude a Winfield defender in the Wildcats’ loss to the Generals on Friday, Sept. 27, 2019 at Logan.

The Logan High School football team will be facing another tough schedule this fall.

The schedule will be the same as last year, but only the venues being changed.

The Wildcats, under third-year coach Jimmy Sheppard, struggled through a 1-9 season last year with the only win being a 35-0 homecoming victory over the Scott Skyhawks.

Logan finished in a three-way tie for last place in the league with Wayne and Scott. All three teams were 1-9 overall and 1-8 in league play.

The Wildcats are scheduled to open the 2020 season on Thursday, Aug. 27 at home against county rival Man in a non-conference matchup at Logan’s Willis-Nisbet Stadium.

The Wildcats play two out of their first three games out of the conference.

The Cardinal Conference opener is then set for Week 2 as Logan plays at Sissonville on Sept. 4.

Then in Week 3, the Wildcats play at Mingo Central in a non-league affair on Sept. 11. The Miners were members of the Cardinal Conference for years before being voted out of the league by a 7-2 vote.

Logan then hosts defending Cardinal Conference champion Poca on Sept. 18 in the first of seven conference games to close out the season. The Dots, led by first-year coach Hunter Casto, were 11-1 last season, defeating North Marion (42-27) in the first round of the playoffs before falling to Oak Glen (25-20).

Poca is led by rising senior running back Ethan Payne, last year’s Kennedy Award winner as the top player in the state. The 6-foot-1, 212-pound Payne finished the season with 2,845 yards and 49 touchdowns on the ground, averaging more than 13 yards per carry and 237 yards per game. In the regular season, he scored 46 touchdowns for 276 points, breaking the former state record of 263 regular-season points set by Pineville’s Curt Warner in 1978. Warner went on to become an All-American at Penn State and an All-Pro for the Seattle Seahawks in the NFL.

The Wildcats then play at Winfield on Sept. 25, host Nitro on Oct. 9 and play at Scott on Oct. 9 before observing a bye week on Oct. 16.

Logan then plays at county rival Chapmanville on Oct. 23, hosts Wayne on Oct. 30 and hosts Herbert Hoover on Nov. 6 in the regular season finale.

Hebert Hoover is under the tutelage of first-year head coach Joey Fields, a former coach at Mingo Central.

Logan fielded a young team last year and will return many players this fall.

Coming back is rising sophomore Aiden Slack, a First-Team All-Cardinal Conference pick from a year ago.

Slack saw action at wide receiver, running back and quarterback last season. He reeled in 47 passes for 790 yards and 10 touchdowns, added 49 rushes for 240 yards and two scores and also completed 7 of 14 passes for 92 yards and another touchdown.

Goldie had 69 tackles last season with an interception. He also saw spot duty on the offensive side of the ball in the backfield, rushing 31 times for 78 yards and a touchdown.