Sign Up
Log In
Purchase a Subscription
You are the owner of this article.
Edit Article Add New Article
You have permission to edit this article.
Edit
Welcome, Guest
Home
News
COVID-19 Vaccine
Sports
Features
Photos
Opinion
Obituaries
e-Edition
Classifieds
Legals
HD Media
No Thanks
1 of 2 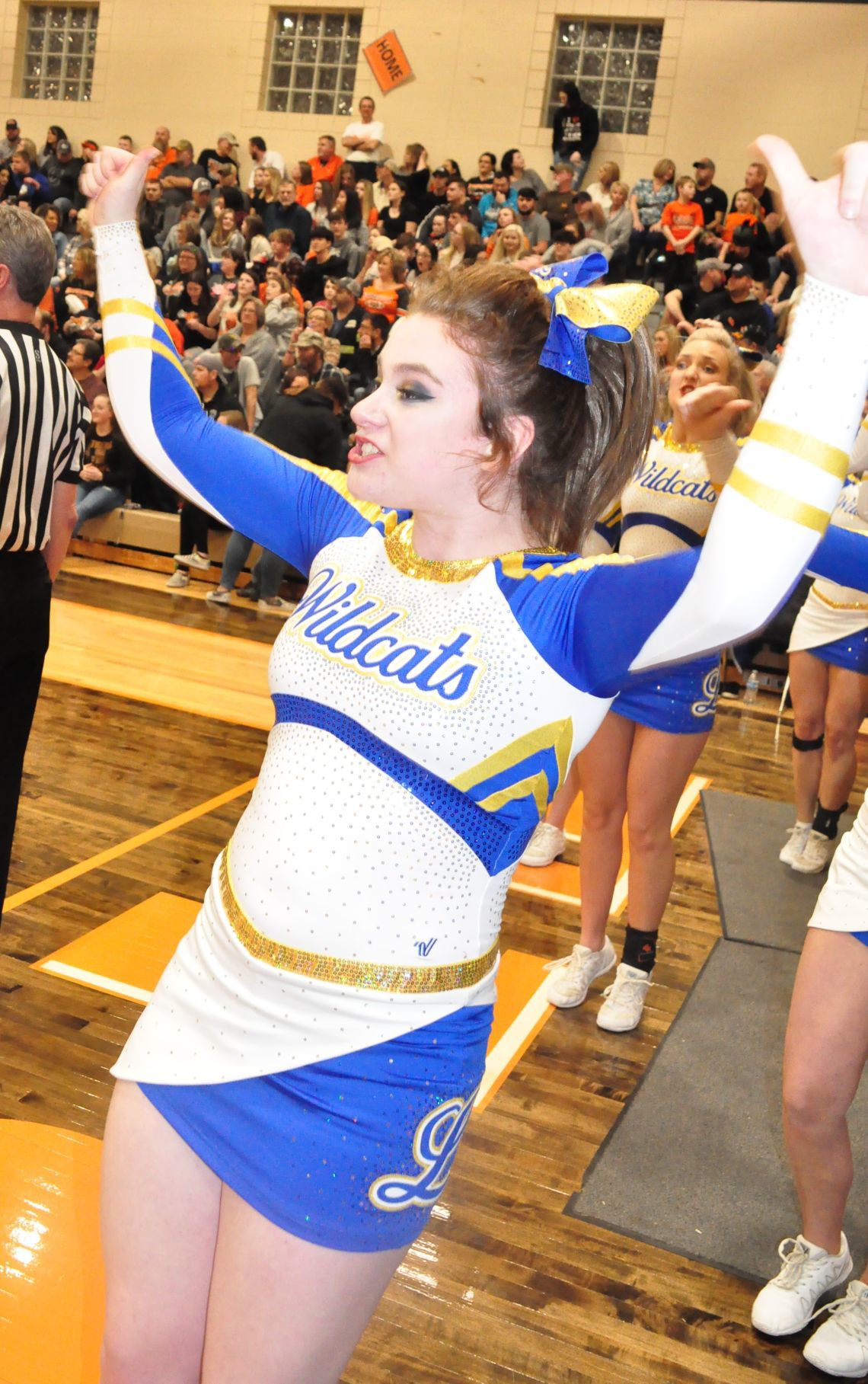 Logan High School cheerleader Lexi Luther roots on the Wildcats during a basketball game last season. Luther is headed to Marshall University to cheer this fall.

Logan High School cheerleader Lexi Luther roots on the Wildcats during a basketball game last season. Luther is headed to Marshall University to cheer this fall.

Lexi Luther has always been around cheerleading ever since she was very small when she joined the Cheeriffic All-Stars.

Luther worked her way up the ranks to Logan Middle School and then to the Logan High School squad.

For most cheerleaders it all comes to an end after their senior year.

But for a select few, collegiate cheerleading awaits.

Luther is a part of that select few as the just-graduated Logan High School will be headed to Marshall University this fall to cheer for the Thundering Herd.

She’s very excited to be donning the green and white.

“I’ve wanted to cheer for Marshall since forever so I’m exited to have this opportunity,” Luther said. “I know it will be completely different. I’ve cheered my whole life and I think it will be a great experience for me and I’m ready to work harder than I ever have before.”

Luther began as an all-star competition cheerleader with the Logan-based Cheeriffic All-Stars. She was a part of numerous overall national championships. Her older sister, Brittany Luther-Hartman, is one of the two Cheeriffic coaches with Heather Bryant-Collins being the other.

Luther traveled all over the eastern US with Cheeriffic and logged countless hours over the years with the all-star group.

“I started cheerleading as young as I can remember with my sister cheering in high school when I was born,” she said. “Cheer was my whole world. She became my cheer coach with Cheeriffic when i got old enough. She’s always given me a positive environment along with my other coach Heather Bryant-Collins. They always believed in me and were my biggest fans. They taught me how to work hard and how important it is. When

I felt like giving up they were there to encourage me to be the best I can be.”

Bryant-Collins said she’s thrilled to see Luther make it with the Marshall cheerleaders.

“We, at Cheeriffic, are so proud of Lexi. rying out for Marshall cheer and making the team is a huge deal and we could not be more happy for her,” she said. “Lexi grew up in our gym. She started at Cheeriffic when she was 5 years old and continued cheering for us up into her high school years. She has been apart of many teams that obtained national titles, US Final titles, international titles, and teams ranked first in the nation. We have loved every second of coaching Lexi. She is not only a talented cheerleader, but an amazing person inside and out.”

Luther-Hartman said she is proud of her sister.

“Her cheer journey started in Pink and Black with Cheeriffic,” she said. “Then four years at Logan High in the Blue and Gold. And now, her cheer career will continue on at Marshall in the Green and White. We cannot wait to go see her cheering on the Marshall Thundering Herd this upcoming season. We pray that God continues to send Lexi blessings and continue guiding her throughout her life.”

“Overall cheering at Logan has taught me to have a good work ethic, to be a team player, and how to set goals and accomplish them,” Luther said. “It was very different then all-stars and stressful at first. I really enjoyed my four years as a varsity cheerleader and I am so thankful to have had the experience with some amazing people.”

“I first looked into Marshall because as a cheerleader I always looked up to Allysun McCoy, who went to Marshall to cheer but I also found out they have an amazing forensics program and I’ve always wanted to do that,” she said. “I’ve always been interested in forensics or criminal justice and i knew Marshall was the best place for both. Marshall’s always been my first choice.”