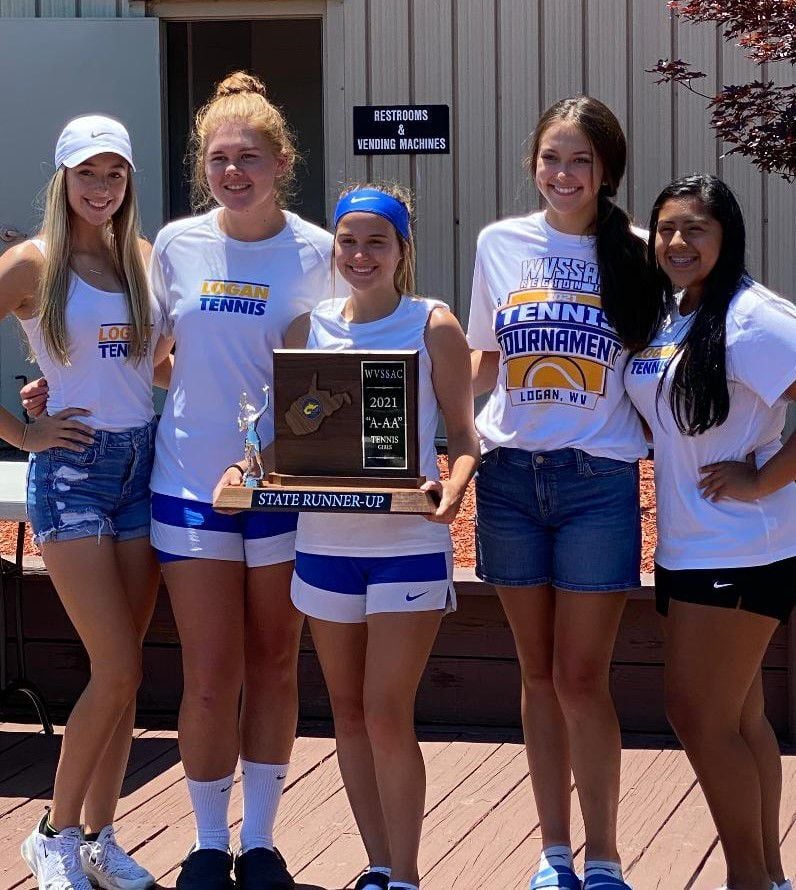 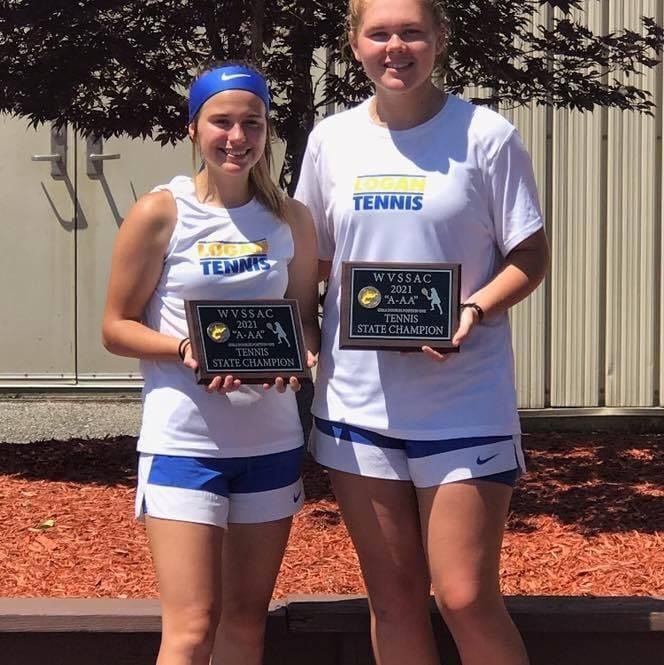 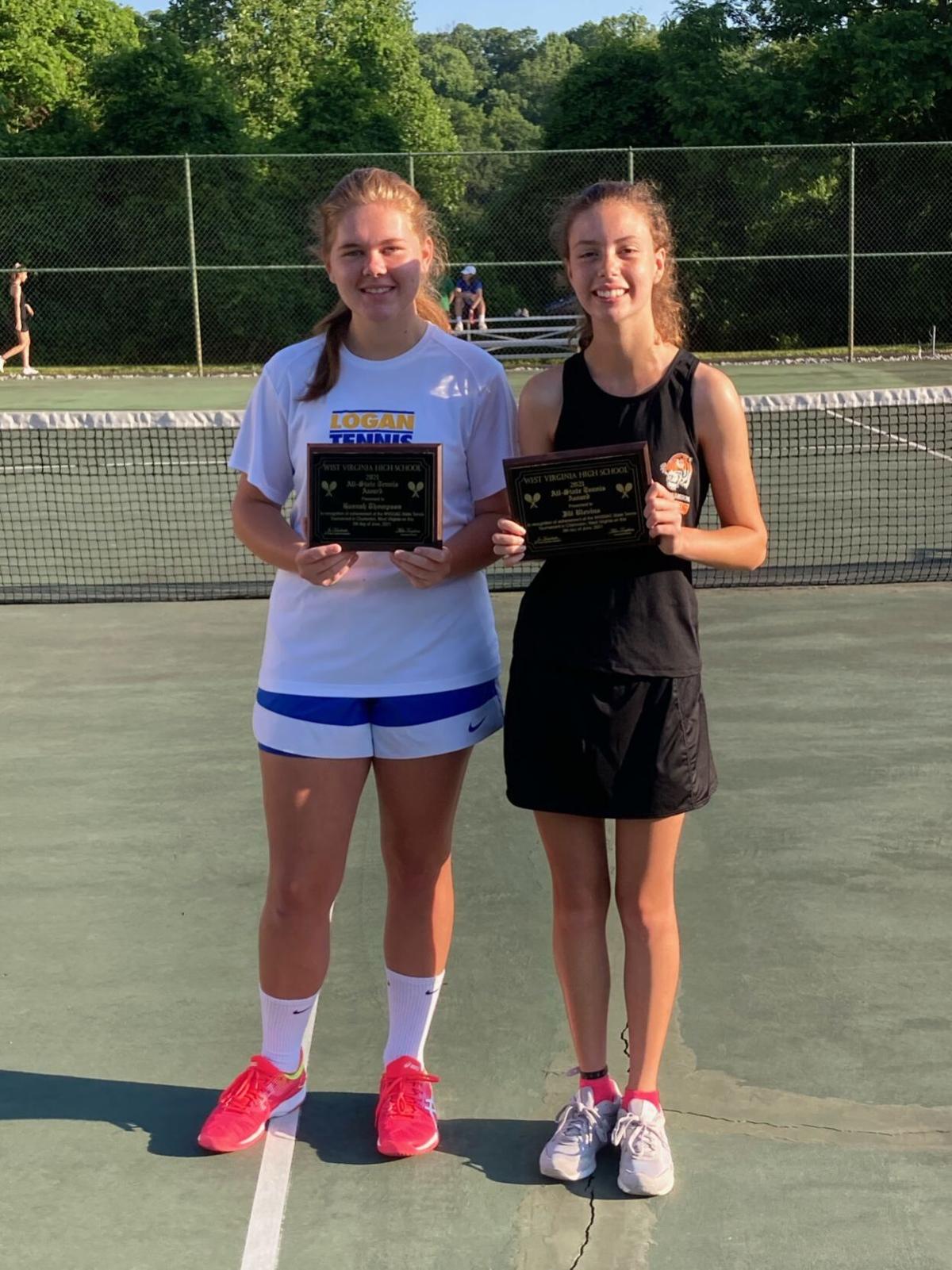 Logan's Hannah Thompson and Chapmanville's Jill Blevins were named to the All-State team.

Logan's Hannah Thompson and Chapmanville's Jill Blevins were named to the All-State team.

It was a good day on Saturday for the Logan High School tennis program and for Hannah Thompson and Savannah Baisden in particular.

The Logan girls finished as Class AA/A state runner-ups at the state meet in Charleston and Thompson and Baisden, Logan’s No. 1 doubles tandem, won the state title by defeating Bastin and Attasi of Charleston Catholic in the finals by a 6-2, 6-2 score and closed out a 34-0 undefeated season.

For Logan, this was the program’s first ever state runner-up finish in girls’ history. Logan tied for second place in the team standings with county rival Chapmanville Regional.

“We are proud of both our boys and girls teams representing Logan High School and our region,” Logan coach Justin Turner said. “We are also proud of rival school Chapmanville and there representation of Logan County. Our schools represented our county and southern West Virginia well at the state tournament and our communities should be proud. All of these players are awesome both on and off the court with great attitudes and the will to be the best.”

Thompson made it all the way to the No. 1 singles state championship match but fell to Scott High School’s Jenna Butcher in the finals. Butcher prevailed, 6-2, 6-3 and capped off an undefeated season at 18-0.

Also competing for Logan at the state meet were: Jackson Akers (No. 1 singles); Riley Reed (No. 2 singles); Luke Jeffrey (No. 3 singles), Akers and Sam Adkins (No. 2 doubles); and William Stanley and Chase Hatfield (No. 3 doubles) on the boys’ side; and Savannah Baisden (No. 2 singles); Riley Moore (No. 3 singles) and the No. 2 doubles team of Moore and Brooke Ooten on the girls’ side. Also on the Logan girls’ team are Madison Haugen and Ana Adkins.

“Another tennis season in the books with a great group of kids and parents to go along with it,” Coach Turner said. “What a ride this year has been. After coming out of no season last year due to covid we all wanted our players to have the best season ever and get back to some normalcy. No better way to finish our season than our girls team being state runners-up.”

Logan had entered the state tourney having been regional runners-up on both the boys and girls sides. Both Logan teams were also Cardinal Conference champions this season.

Chapmanville’s Blevins made it all the way to the No. 2 singles title match, falling 6-2, 6-1 to Evie Bastin of Charleston Catholic.

Emma Bryant of Chapmanville was the state runner-up in the No. 3 singles as she bowed to Anne Cimino, 6-1, 6-0, also of Charleston Catholic.

The Irish won every singles title but No. 1, which was taken by Butcher of Scott and ended up as the state champs in the team standings.

Williamstown won the state crown on the boys’ side.

Baisden and Jeffrey, Logan’s two seniors, will be a great loss to the team.

“Logan tennis loses senior Savannah Baisden who was a great asset to our team and she left a doubles state champion,” Turner said. “We also lose one boy, Luke Jeffrey, who was the class of 2021 valedictorian. We are proud and will miss our seniors. We thank our school and community for all of the support during the season.

Speaking on behalf of our coaching staff, Chad and Michelle Akers, we are all looking forward to next season as preparation begins now to our attainable goal of bringing a state title back to Logan for our boys and girls teams. The new season starts now. We push them all to be the best they can be and I am so proud of each one of them.”