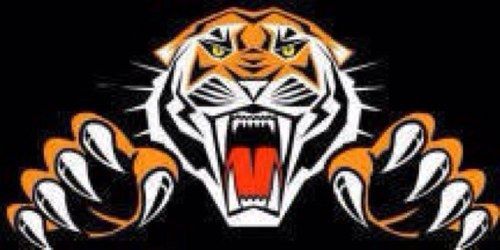 The news that everyone suspected but feared came into fruition on Tuesday.

Shortly after West Virginia Gov. Jim Justice had announced schools from around the state would not open again this term due to the COVID-19 outbreak, the West Virginia Secondary School Activities Commission issued its own statement.

The WVSSAC canceled the rest of the boys and girls basketball seasons and also canceled the entire spring sports seasons of baseball, softball, track and tennis.

High school sports in West Virginia were halted on March 12 due to the the virus pandemic.

Nine of the 21 girls’ state basketball tournament games were played and the boys’ state tournament had not yet started.

The spring sports had not yet started by mid-March but practices were already under way.

“The WVSSAC agrees and supports the decision of the Governor and Superintendent [of Schools Clay] Burch,’’ WVSSAC Executive Director Bernie Dolan said in the statement. “For the safety of our students, schools and communities, this was the right decision. This is an extremely difficult time for our students, coaches, schools and communities. West Virginians are a resilient group who will overcome this virus and all problems that come with it.’’

Chapmanville coach Brad Napier said he hates that it that his seniors were not able to finish out the season.

“I guess it just wasn’t meant to be,” Napier said. “We would have love to have the chance to defend our title but we certainly wouldn’t ever want to put our players or fans in a position where it may be dangerous. The hardest part of this is our senior class is a special group who had worked extremely hard over the last four years and was looking forward to having a chance to win another title. It’s also hard on our young kids cause they had really stepped up and was playing there best basketball at the end of the season. Hopefully we can figure this thing out in the next couple months and get back to some normalcy.”

“We hate to see the end of what has been a remarkable season for us at Logan High,” Green said. “The commitment and work ethic of this team has been the best I’ve had in my tenure here, which makes this much harder to swallow. I’m very proud of all we accomplished and disappointed we could not finish what we started. I know my seniors and seniors all across the country are hurting right now. Nothing we can say will change that. Hopefully, over time they will come to peace with it and let it drive them to live to its fullest every single day.”

Green said Logan, with many of its young players coming back for next season, should have a successful 2020-21 season.

The Wildcats head up to the Triple-A level next season as West Virginia goes to a four-class system for the first time ever.

“Looking forward, we are very excited about the upcoming season,” Green said. “We return 10 of our top 12 players and are entering into the new Class AAA with a new section and region.”

Logan, like many other teams, are hoping to be able to get some practices in in June for the three-week summer practice period. That’s still up in the air at this point.

“We are currently waiting to hear what the SSAC plans to do with the three-week period and we will act from there,” he said. “I want to thank my players, coaching staff, administration and especially our Logan fans for an amazing 2019-20 season.”

Logan’s David Early, who led the state in scoring this season at more than 28 points a game, and Noah Cook were the Wildcats’ only two senior players this year.

He will be teammates this fall with Chapmanville’s Obinna Killen, one of the Tigers’ four seniors along with Philip Mullins, Andrew Shull and Chase Berry.

The closing down of the spring sports season also means it’s an end to the Logan, Chapmanville and Man high school baseball, softball, track and tennis teams.

“Our five seniors along with millions across America didn’t get to play their senior season,” Logan baseball coach Kevin Gertz said in a Facebook post. “It truly sucks for all of them. I understand why and it was definitely the right call but it still sucks. These five learned to be the leaders they were born to be and I wish them the best of luck in their future endeavors. I only hope that the WVSSAC could find the way to allow them to return if they want to fulfill their senior spring season since it was ripped from them because of this nasty virus. Dawson Beckett, Ethan Carter, Dorian Keene, Braydon McClung and Connor McGrew I’m gonna miss you guys more than you’ll ever know.

“I love you guys and you’ll always have a special place in my heart. Best of luck to all five of you. And don’t hesitate for a second to reach out to me or dad for anything you’ll ever need. Good luck guys.”

Paul Adkins is the Sports Editor of the Logan Banner. Follow him on Twitter at @PAdkinsBanner or email him at padkins@