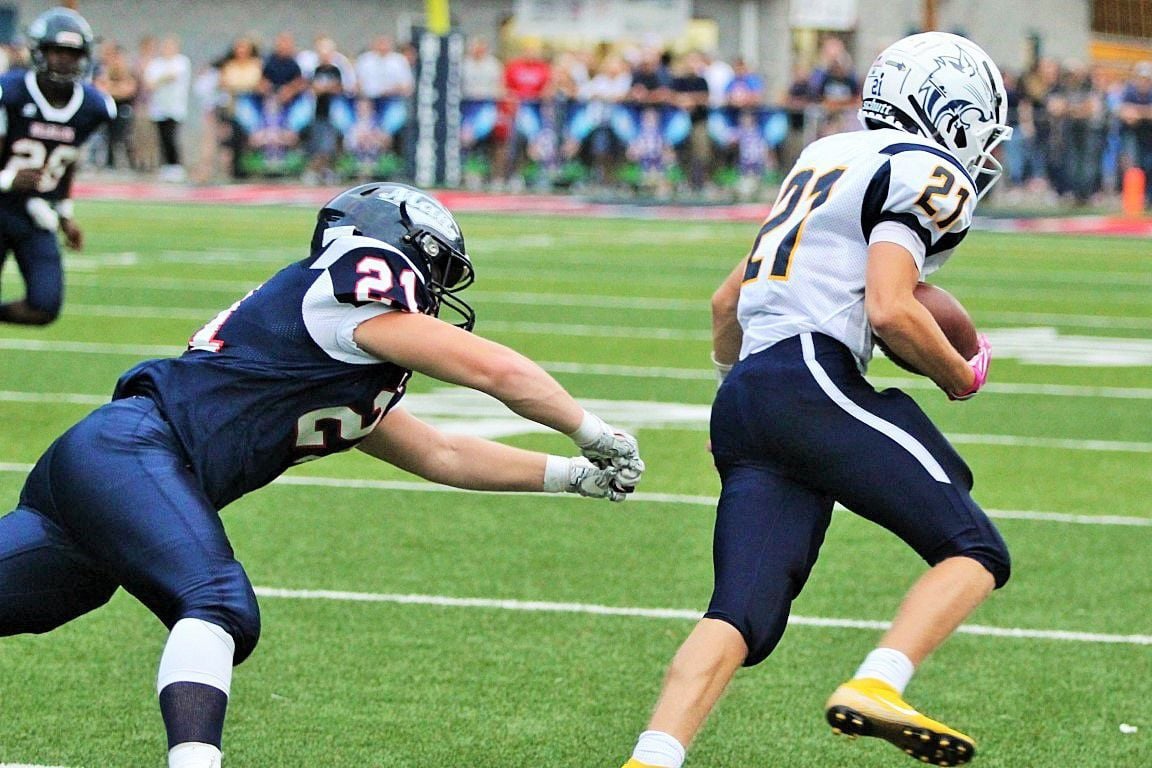 Logan’s Corey Townsend runs past Man’s Cameron Frye after making a catch in the Billies’ 62-8 win over LHS on Aug. 30 at Man. 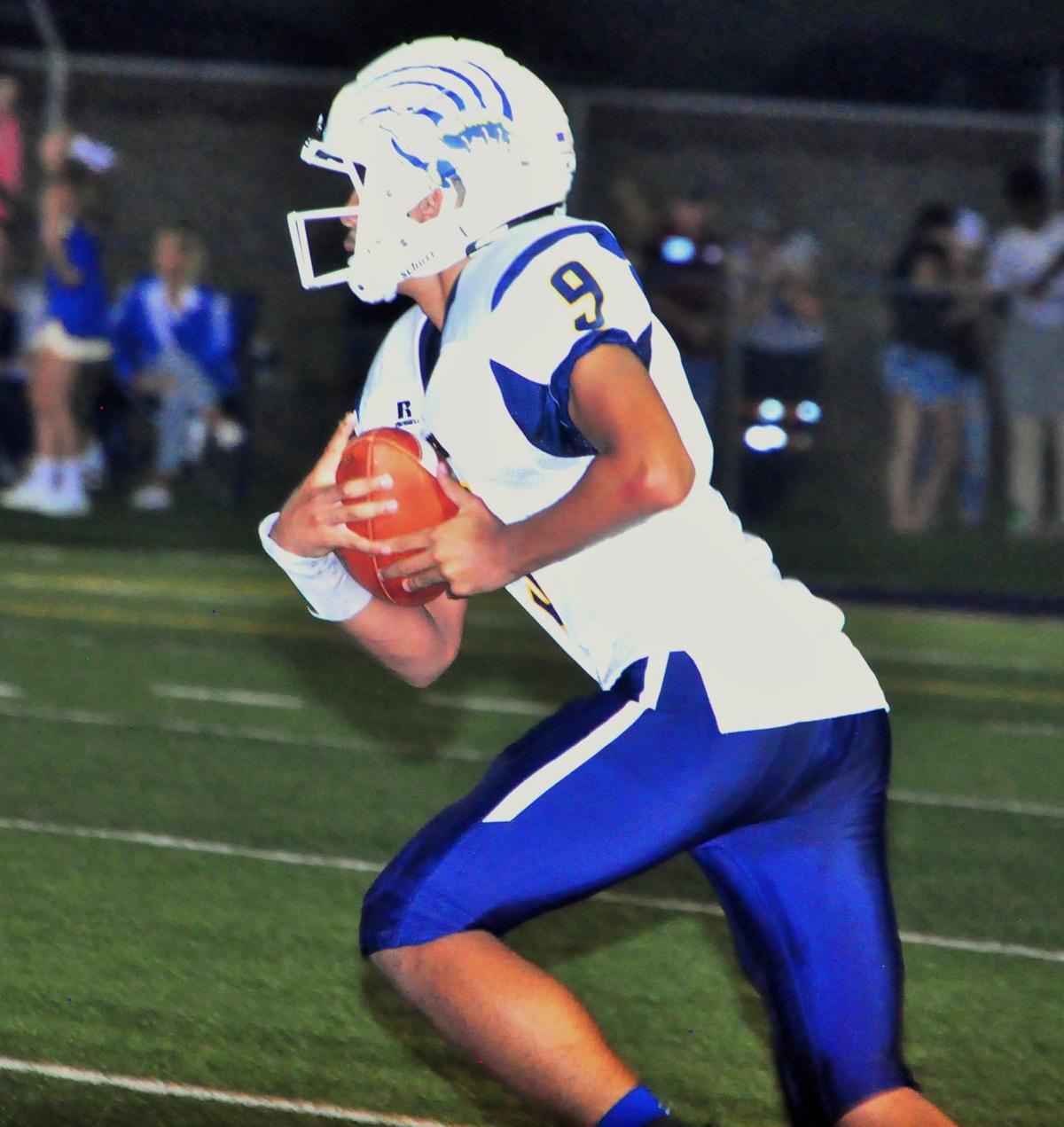 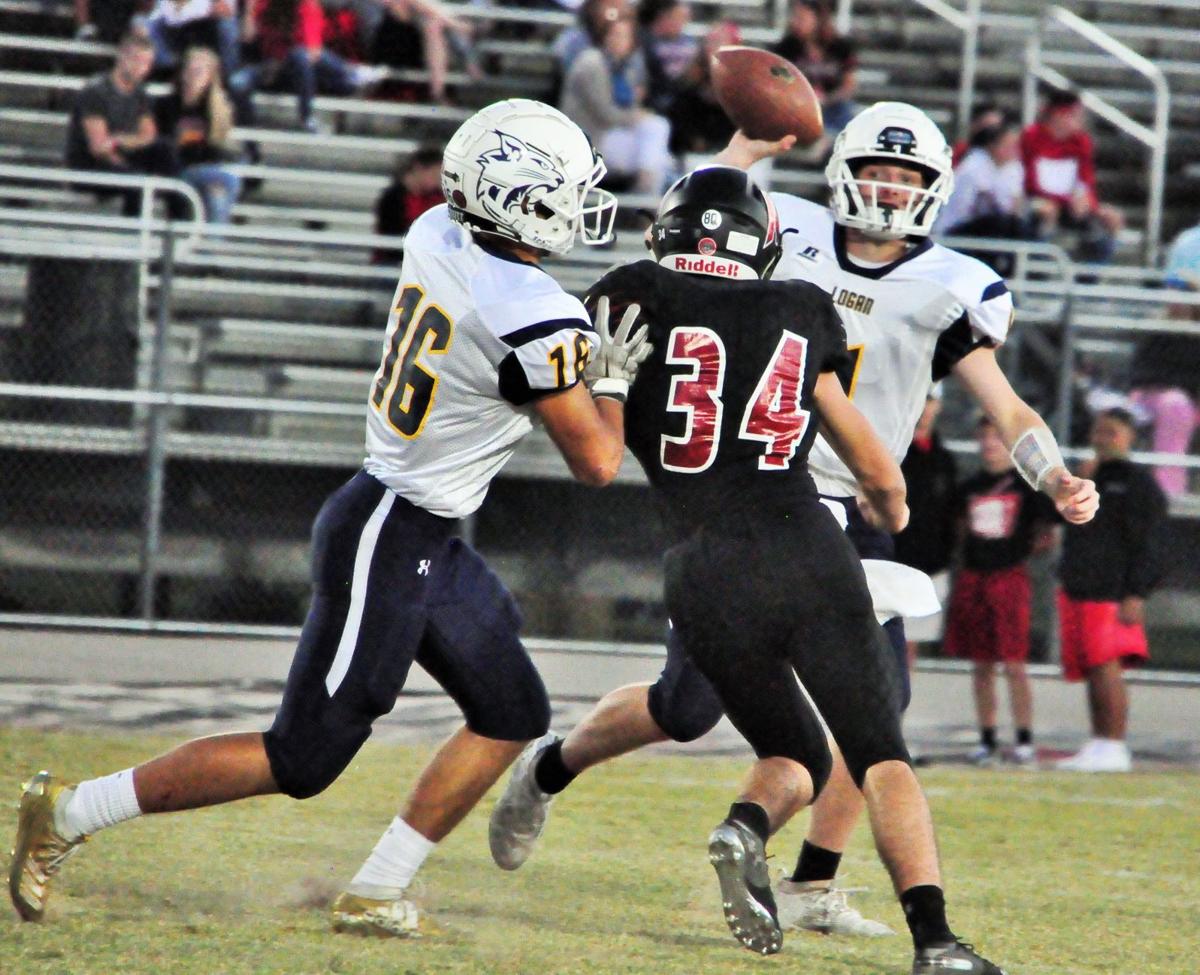 Logan quarterback Jordan Hayes tosses a pass as Caleb Tiler blocks in the Wildcats' 57-22 loss at Nitro on Friday, October 4, 2019.

Logan’s Corey Townsend runs past Man’s Cameron Frye after making a catch in the Billies’ 62-8 win over LHS on Aug. 30 at Man.

Logan quarterback Jordan Hayes tosses a pass as Caleb Tiler blocks in the Wildcats' 57-22 loss at Nitro on Friday, October 4, 2019.

Editor’s note: This is Part II of a two-part feature story on the Logan High School football team.

The Logan High School football team took a step back last season, going from 4-6 to 1-9.

The Wildcats fielded a very young team, however, and experienced many growing pains along the way.

Looking ahead to the 2020 fall season, Logan hopes to improve on last year’s showing as the Wildcats are a year older and a year stronger.

Eight starters are back on both sides of the ball and that’s a positive going into the practice season.

Logan is allowed to practice July 6-25 during the three-week summer practice period.

This year’s three-week period was bumped back a month due to the COVID-19 crisis.

As of now, the July practice period is a go.

Logan third-year coach Jimmy Sheppard said his team is looking to turn the corner this season.

“We have eight guys back on both sides of the ball,” Sheppard said.

“That’s definitely a plus, of course, we went 1-9 but as the season went on we got a lot better, especially offensively. On defense not as much. I think we can turn it around. The guys are getting older and that helps a lot. When you are a freshmen it’s a big difference going in there and competing against grown men as opposed to play at the middle school level.”

Logan was especially good last season on the offensive side of the ball with its young skilled position players.

Coming back is rising sophomore Aiden Slack, a First-Team All-Cardinal Conference pick from a year ago.

He reeled in 47 passes for 790 yards and 10 touchdowns, added 49 rushes for 240 yards and two scores and also completed 7 of 14 passes for 92 yards and another touchdown.

Goldie had 69 tackles last season with an interception. He also saw spot duty on the offensive side of the ball in the backfield, rushing 31 times for 78 yards and a touchdown.

Townsend, a First-Team All-Cardinal Conference pick last year by the coaches, was Logan’s top receiver as he surpassed the 1,000-yard plateau. He closed out with 57 catches for 1,004 yards and six touchdowns in the Wildcats’ often pass-happy scheme.

Hensley snared another nine passes for 226 yards and a touchdown.

“All of our receivers are back, including Corey Townsend, Aiden Slack, Cameron Hensley and Dawson Maynard,” Sheppard said. “We also have Kolton Goldie back at running back.”

Logan also has many top players coming back on defense as well. Slack is Logan’s top returning tackler. He had 70 last year. Goldie had 69 stops and an interception.

“On defense, the only real starter that we lose is Dylan Adkins,” Sheppard said. “We just lose a couple guys up front. They guys that we did lose we have some who are replacing them that played a lot. We are not losing a lot of players.”

Logan is slated to open the season on Thursday, August 27 against county rival Man. Last season, the Class AA playoff-bound Hillbillies ripped the Cats, 62-8, at home en route to an 8-3 season. Man returns to Class A ball this season.

Other than Man, Logan’s other non-conference game is in Week 3 at Mingo Central. The Miners were voted out of the Cardinal Conference by a 7-2 tally.

A tough Cardinal Conference schedule is ahead with games against Sissonville, defending league champ Poca, Winfield, Chapmanville and others. Herbert Hoover is also looking for improvement under first-year head coach Joey Fields, a former coach at Mingo Central. Wayne and Scott are looking to improve on 1-9 records from last year.

“It’s tough and it’s the same as always playing in the Cardinal Conference,” Sheppard said.

“It doesn’t get any easier. We always play a tough schedule. We beat Scott last year but the week before Scott beat Wayne. Wayne was 1-9 too but they were in every game. With their top running back and quarterback being hurt last year that sort of killed them.”

Logan has two preseason scrimmages set. The first one is Friday, August 14 at home against Lincoln County. The second and final one is slated for August 21 at Buffalo.

For the first time in several years there will be no Cardinal Conference Gridorama this season. Scott High School had been the gridorama host since the inception.

Logan will also have a new football grandstand and press box this year.

The old bleachers and press box at Willis-Nisbet Stadium were deemed structurally unsafe last season and only the bottom half of the seats were used.

Demolition on the bleachers began on February 24 and was complete before the virus outbreak.

Now, it’s on to the construction phrase.

“There were in the tear down phase,” Sheppard said. “Last week, they brought some things over. It looks like rebar so they can start laying down concrete. They told us the bleachers would be done before our first home game.”