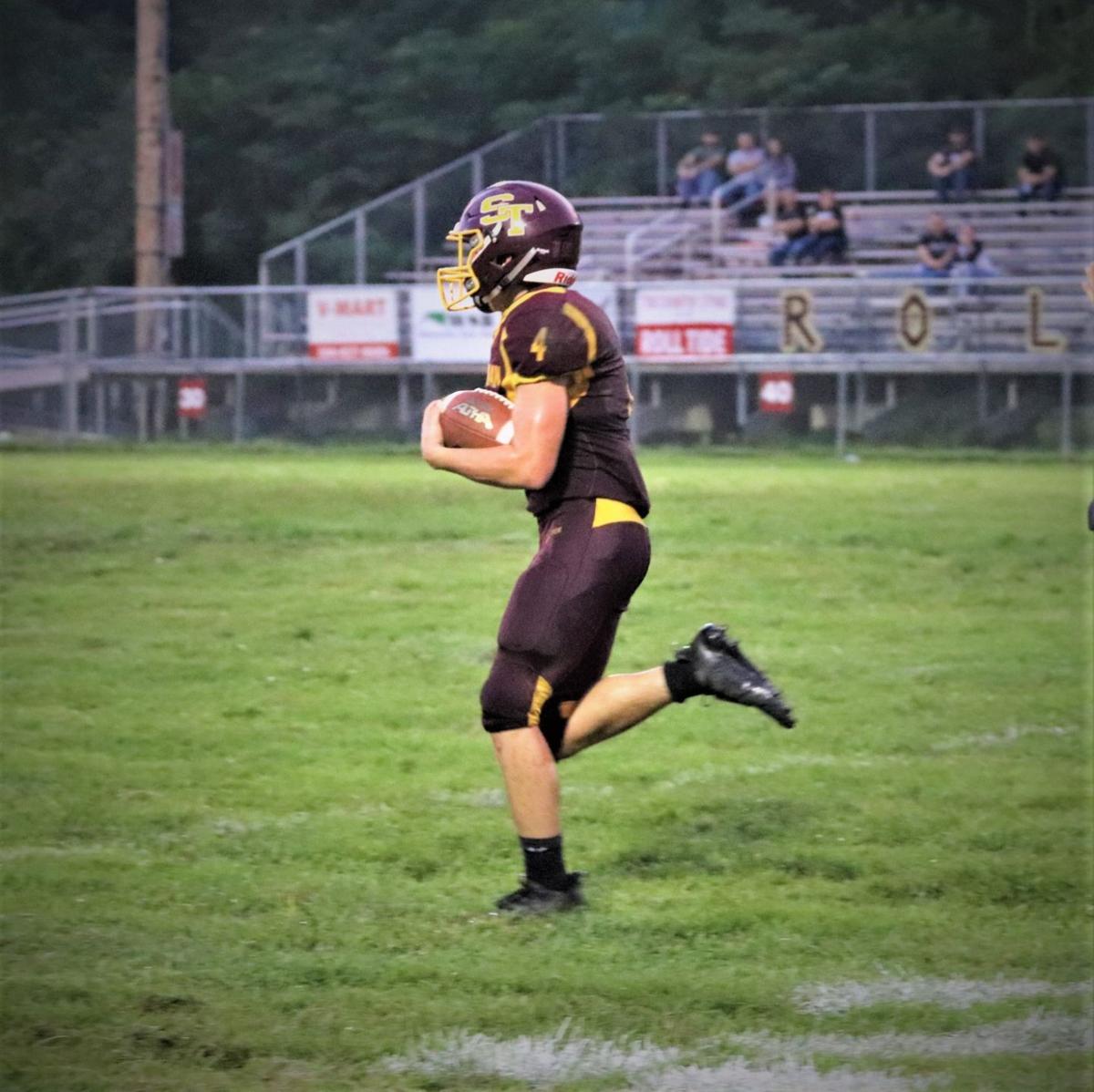 Sherman running back CJ Winnell rushed for 205 yards and four touchdowns in the Tide’s 40-27 win over Richwood on Sept. 11. 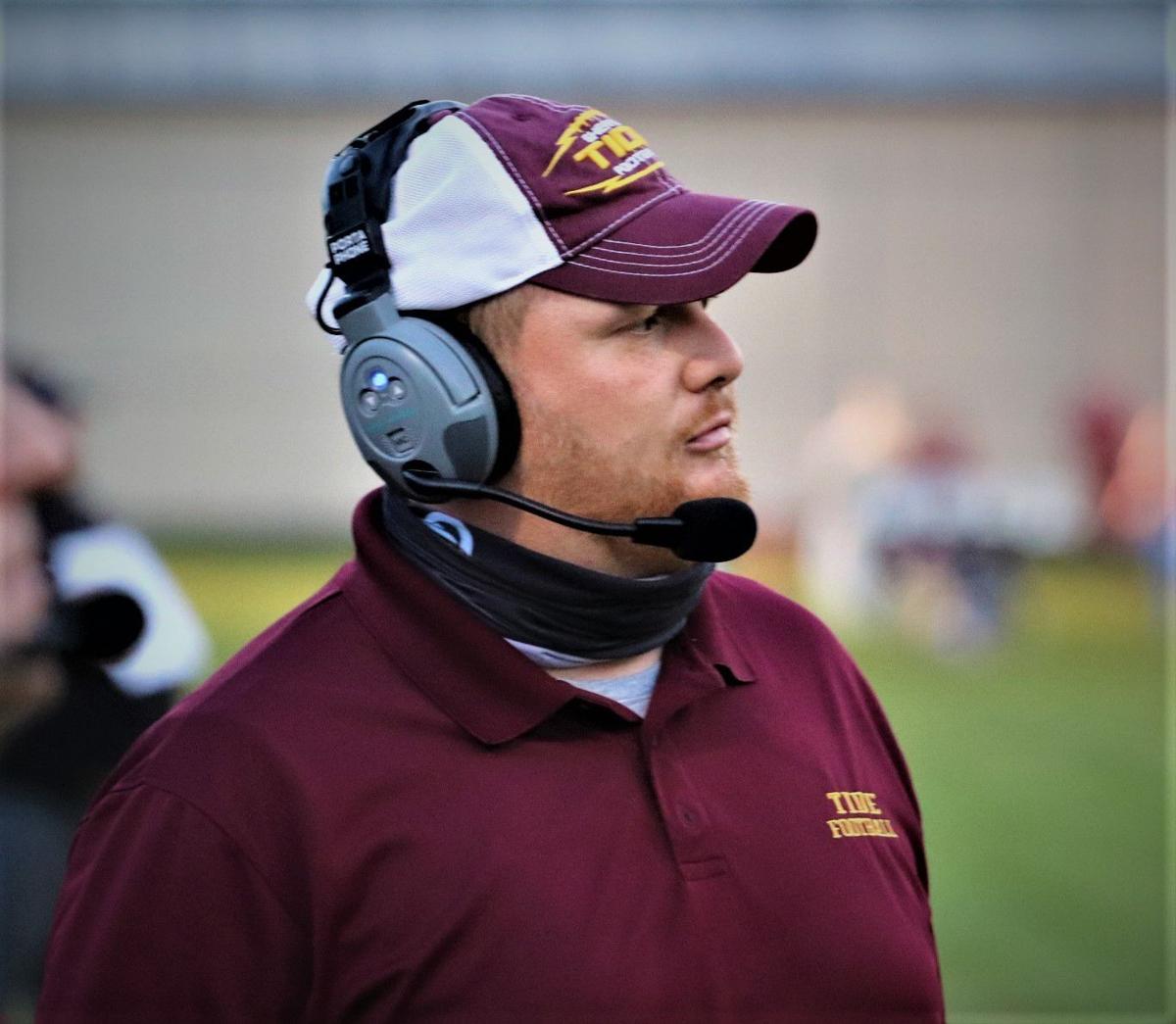 Sherman running back CJ Winnell rushed for 205 yards and four touchdowns in the Tide’s 40-27 win over Richwood on Sept. 11.

SETH — Sherman high used a late surge to pull past Richwood on the road and notch a hard-fought, 40-27 win on Sept. 11.

A strip sack in the fourth quarter by Hunter Bowling on Lumberjack standout senior quarterback Caleb Jantuah help set up a late Tide score to seal the win for Sherman.

“It was a pretty physical game and our guys played hard,” said Sherman Coach Michael Showalter. “Jantuah is a big, strong kid with a crazy-strong arm, and he can do things athletically with his legs that make them tough to defend. It was a good win for us to build on.”

Sherman’s rock came in the form of junior running back CJ Winnell, who proved to be the workhorse the maroon and gold needed on this night.

“He was outstanding once again for us,” Showalter said. “He’s tough and he wants the ball. Our guys up front held their blocks and we moved people and CJ got to the edge some tonight.”

Sherman (1-1) was coming off a heartbreaking 22-20 loss to Tug Valley last week and the Tide had to put that season-opening disappointment in the rear-view mirror.

“Our motivational word of the week was ‘finish,’ because we didn’t finish last week, but we did tonight and that was good to see,” Showalter said.

Sherman’s TJ Hager ran the opening kick of the game back for a score, but the play was called back due to a penalty.

“It was really a tight game and there was some big plays made on both sides to stall drives,” Showalter said. “This wasn’t the prettiest game and we had some bad sequences, but we kept responding.”

Tide quarterback Davy Jarrell added a rushing touchdown for Sherman, with Buzzard notching a pair of two-point conversions — one by air and one on the ground.

“We made some defensive adjustments late in the second half that really played a roll in the game,” Showalter said. “We were able to bottle up their quarterback a little bit and the strip sack by Bowling was huge. We were able to get to him in the pocket and apply some pressure that helped.”

With COVID-19 daily numbers pushing Boone County into “orange” status, Sherman’s scheduled tilt with cross-county rival Class AA Scott is likely in jeopardy for Sept. 18 as prep teams would be only allowed to condition with restrictions but not play games.

“I realize that is not looking good right now,” Showalter said. “My hope is that we could work it out to where we could reschedule that game with Scott at some point in the season. I will say that I’d be very dedicated to getting that one in somehow if we can work it out.”

Richwood fell to 0-2 after a season opening loss to Tolsia.

The Renegades (1-1) received touchdown runs from Daniel Reed and Blake Goode. Jaxon Cogar threw for 139 yards and a score.

Reporter Phil Perry can be reached at pperry@