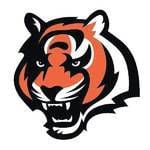 It was the Chapmanville Tigers which walked away with Friday night’s Class AA Region 4 Section 2 championship with a 57-51 win over arch rival Logan.

But as both teams sat in the Mingo Central locker rooms, both the Tigers and especially the Wildcats, felt like there was some unfinished business to attend to.

Chapmanville and Logan head into Region 4 tournament play on Thursday and both are hoping to get wins and advance to the Class AA state tournament, set for March 18-21 at the Charleston Coliseum.

Chapmanville (22-2), the No. 1-ranked team in the state and the two-time defending state champions, has the much easier task as the Tigers host Winfield (10-14) on Thursday night at home in one of the two regional co-finals. The Tigers beat Winfield, 61-43, on Feb. 1 at home in the only meeting between the two teams.

Logan, however, beat Poca on its home floor during the regular season in a 55-53 double overtime thriller on Feb. 11.

Both regional finals are set for 7 p.m. tips from Chapmanville’s Danny Godby Gymnasium and the Poca High School gym respectively.

Poca survived on Friday night in a 41-39 triple overtime victory over Winfield in the Class AA Region 4 Section 1 championship game.

Chapmanville is seeking its fifth straight trip to the state tournament and an unprecedented third straight state title — something not done by any varsity sports team in Logan County history.

If the Tigers take care of business, CRHS will likely go into the state tourney as the No. 1 seed.

If Logan makes it, the Cats could fall into the fourth or fifth seed depending on who makes it.

If that’s the case, that would set up a potential Chapmanville vs. Logan state semifinal contest in Charleston.

“We’re a long long way from that and talking about the seedings,” Tigers’ coach Brad Napier said. “We have to take care of business on Thursday night. It starts with our preparations on Monday and Tuesday and getting ourselves prepared mentally to go against Winfield.”

Napier said he’s thankful his senior class, including the “Big Three” of Obinna Killen, Philip Mullins and Andrew Shull, will have one more home game.

The Tigers destroyed Nitro 107-52 in last year’s regional co-final to advance to the state tourney. Chapmanville was also a winner over Nitro (66-40) in the 2018 regional title game. CRHS advanced to state in 2017 with a 65-44 win over Winfield in a game played at Logan. In the 2016 season, the Tigers defeated Sissonville (57-55) to advance. Back in 2014, the Tigers knocked off Nicholas County to reach their first ever state tourney.

“The big thing is that we wanted to get one more home game for our seniors,” Napier said. “We wanted another sectional title. We’re a little big greedy. Our seniors really wanted this. This is a special group of seniors. Not only at Chapmanville but at other schools as well, David Early at Logan and Drew Hatfield at Mingo Central. These are the players who have been faces of southern West Virginia basketball for the last three or four years.”

Logan coach Zach Green said he hopes his team can get over the hump this year at Poca.

“We’ve already went there once this year,” Green said. “Last year, we hadn’t played there all season. I think that we are going into the game with a lot better mentality this year against them. We feel like we are able to control the ball and control the pace against them. They are going to try to slow it down some but we were able to go down there and beat them once already this year at that pace. We’re confident that we can go down there and win again.”

In the earlier win at Poca this season, Logan’s David Early netted 42 out of the Wildcats’ 55 points. He also had 17 rebounds and ended up being the Cardinal Conference scoring champion for the second straight year, averaging 28.4 points a game.

Isaac McKneely led Poca with 26 points and Nate Vance came a basket away from a double-double with eight points and 10 rebounds.

Logan is making its third straight trip to the regional final. The Wildcats lost 55-53 at Winfield in the 2018 Region 4 title matchup.

Poca’s Preston Barr supplied the game winning shot for the Dots in triple overtime in their sectional win over the Generals.

Winfield scored in the final seconds of regulation to extend the game, and it took three overtimes before Barr scored his first field goal of the contest with two seconds remaining in the third OT to give the Dots the win.

Winfield opened the game by passing the ball around the perimeter in an attempt to limit Poca’s possessions. In two regular-season meetings this year, the Dots beat Winfield by 20 and 25 points.

The Generals scored on their only field goal attempt of the first quarter, while the Dots missed their only two shot attempts in the 2-0 game.

“We knew we needed to limit the possessions,” Winfield coach Chris Stephens said. “The first quarter went almost exactly as we planned. Our plan going into the game was to come out of the first quarter up 2-0 or 4-0, with the ball in the second quarter, and we did that.”

Winfield held a three-point lead in the first overtime, but neither team found enough offense to pull away, and Poca knotted the contest to force a second overtime.

In the second OT, the Dots jumped ahead by four points, but William Craft hit another 3-point shot with 1:26 left to pull the Generals within one. Poca led by two with 10.7 seconds left when Winfield found magic again in the hands of Ethan Kincaid, who rushed to the rim for a game-tying layup with 4.7 seconds left to force a third overtime.

The teams entered the final minute of the third OT tied at 39, thanks to a 3 from sophomore standout McKneely. With 23.9 seconds left, Winfield turned the ball over to Poca. In its last possession, Poca drove to the rim, as McKneely drew the defensive attention and passed to Barr for the game-winning shot with two seconds remaining.

Poca coach Allen Osborne said he was happy to survive the nail-biter.

“Hats off to Winfield,” Osborne said. “They played a heck of a game. We won it, we lost it. They won it, they lost it. It was just who made the last play.”

McKneely finished with game-high 16 points, while Craft, a 6-5 senior center, and senior guard Hunter Morris paced Winfield with 14 points each. Morris is the Generals’ leading scorer at 14.8 points per contest. Christian Frye averages 11.4 points a game.

Napier seemed amused when asked about the low-scoring game following his team’s win over Logan.

“That must have been a real fast-paced game,” he quipped.

Napier said his team will not overlook the Generals.

“Winfield is a very fundamentally sound team and are coached extremely well,” he said. “I’m sure that it’s going to be a war. We beat them by about 20 down at our place but it was really close early. They actually jumped out and led most of the first half.”

Killen leads the Tigers in scoring at 20.2 points per game, sixth in the Cardinal. Andrew Shull averages 15.9 points a game and is ninth. Philip Mullins is 12{sup}th{/sup} at 15.1 points per contest.

Freshmen Aiden Slack and Garrett Williamson and sophomore Jarron Glick have stepped up big time for the Cats this season and represent Logan’s future.

“Our young guys continue to get better,” Green said. “They’ve got better all year. We feel like we are real close at getting over this hump and getting to Charleston so we are excited.”

— Nick Brockman of HD Media contributed to this report