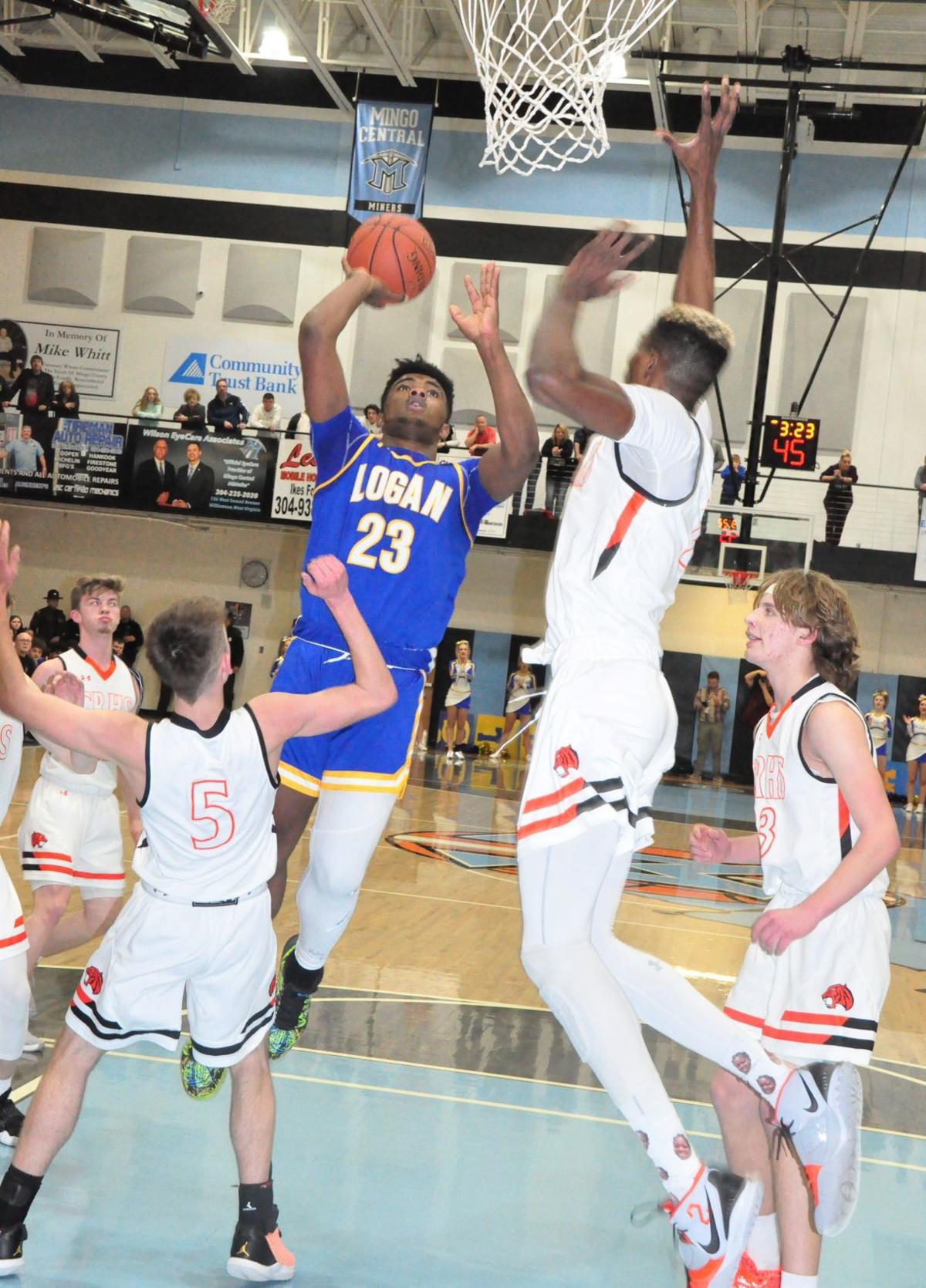 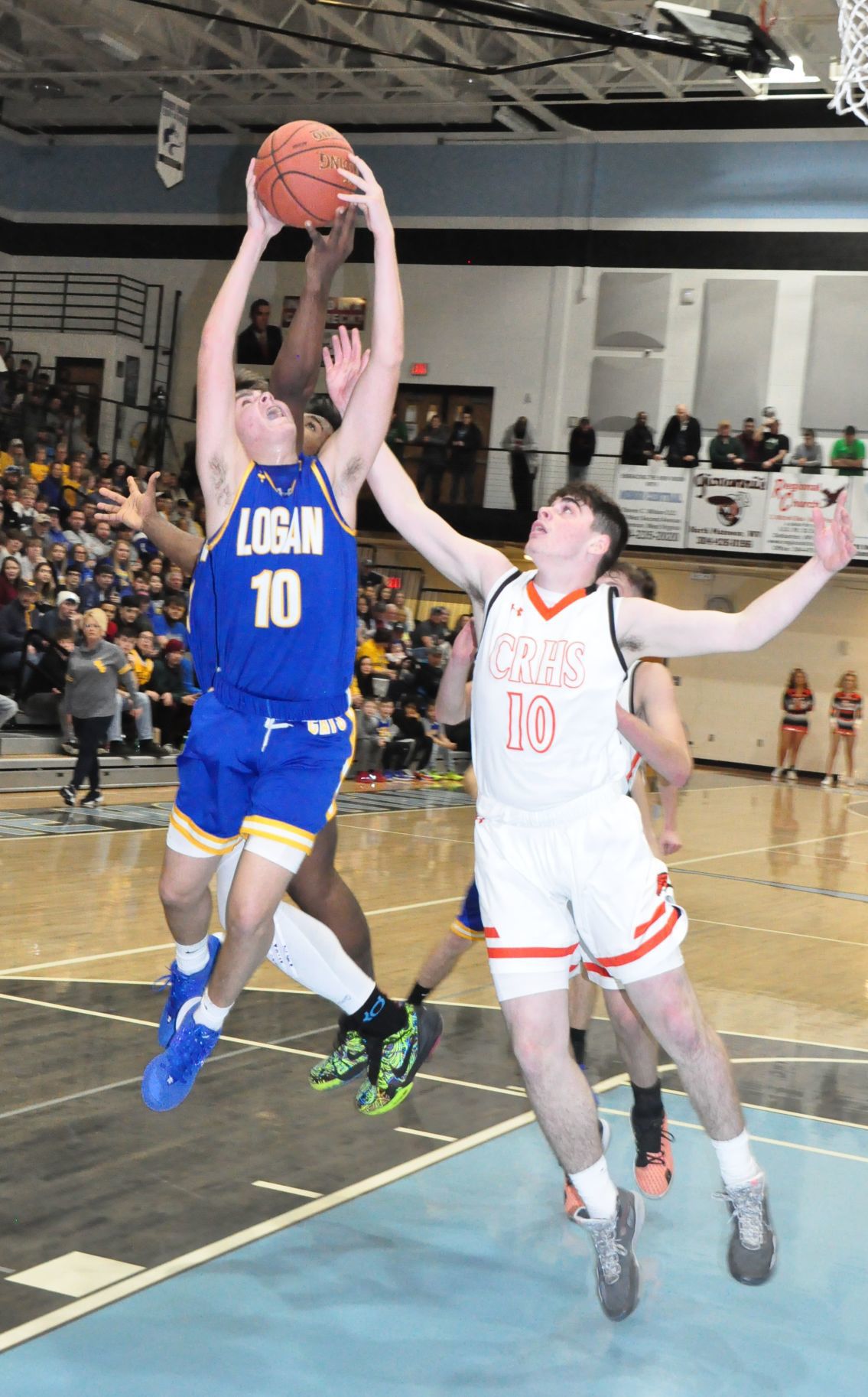 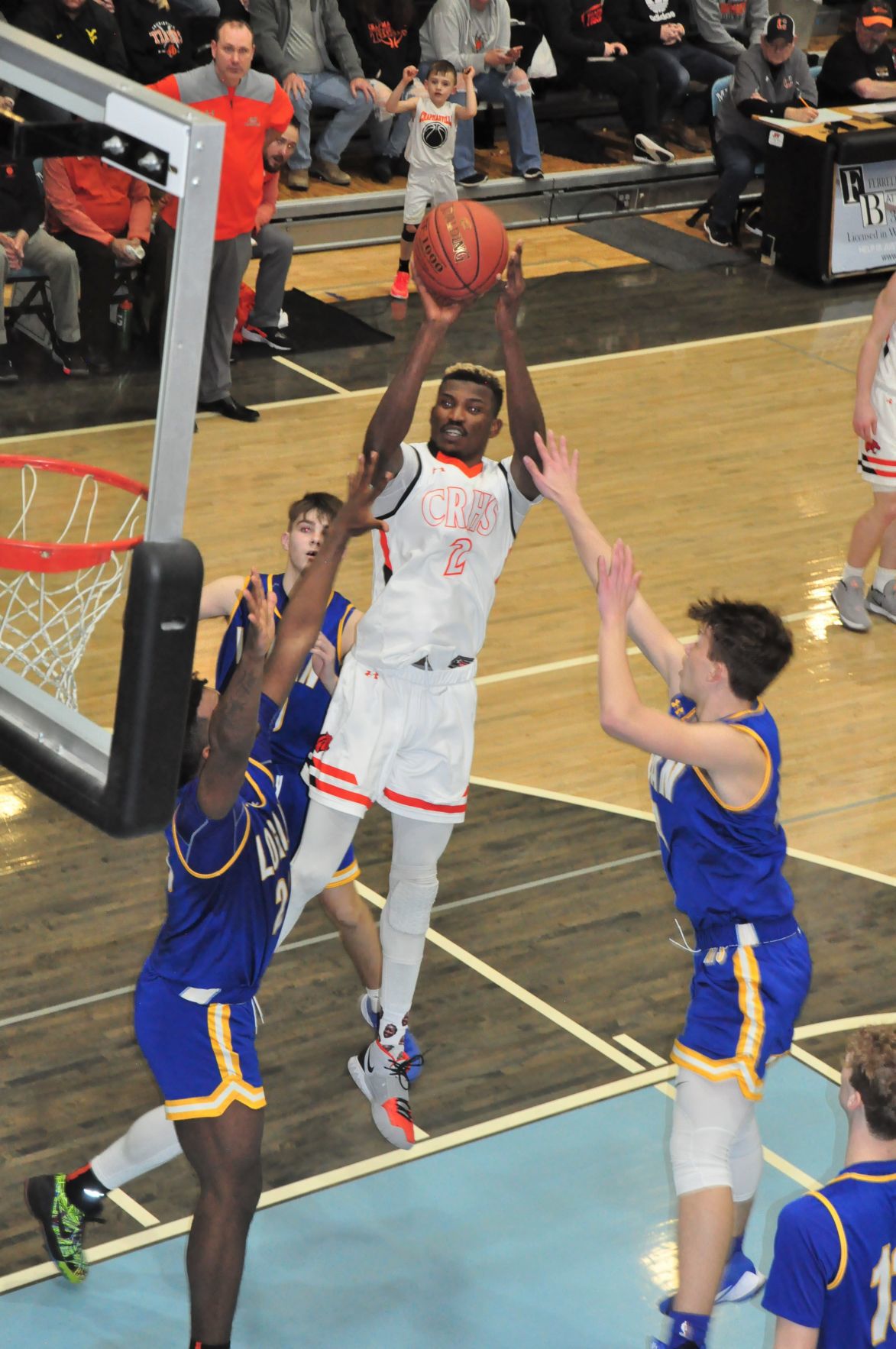 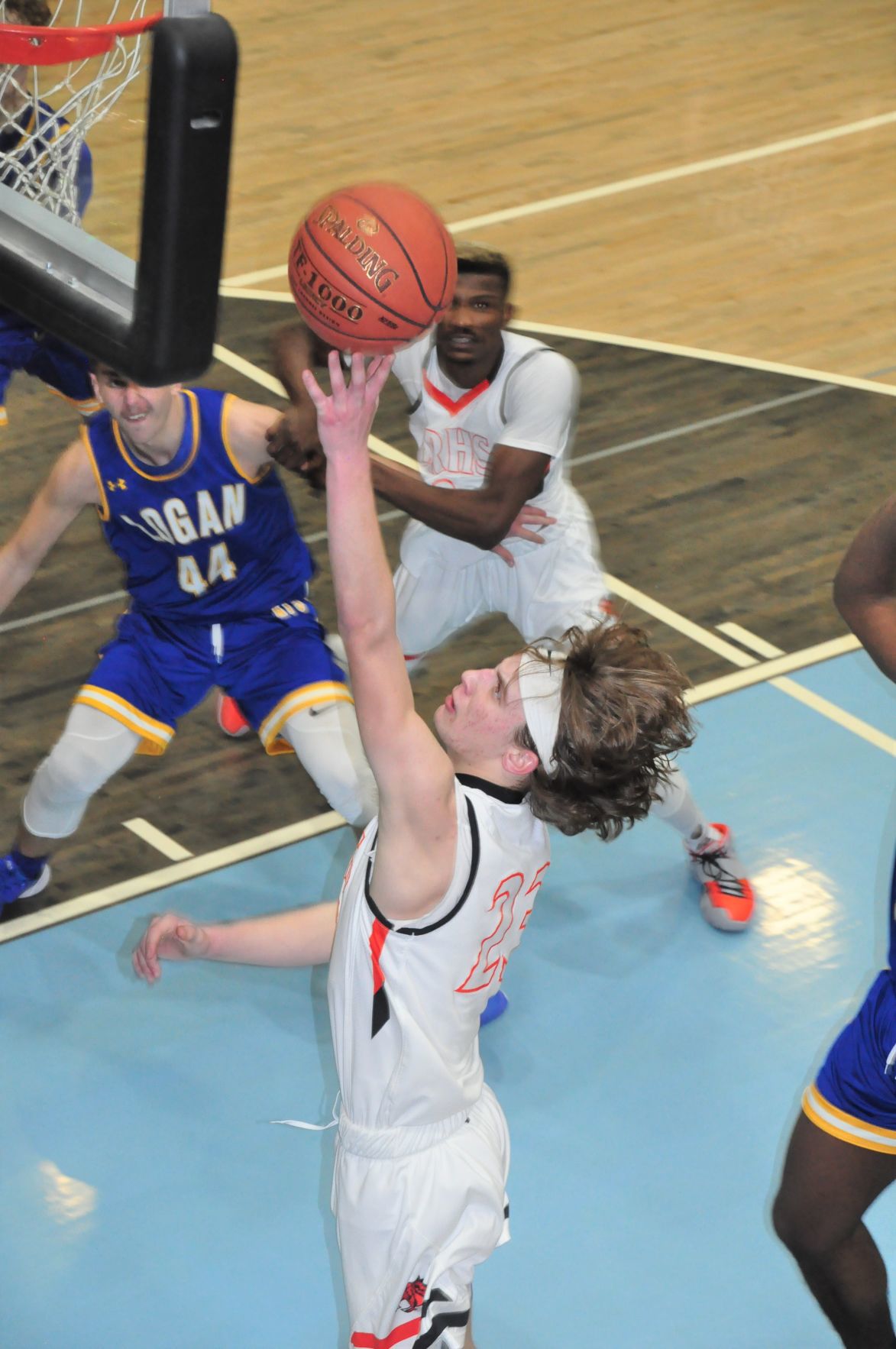 CHAPMANVILLE — This was supposed to be the year both the Chapmanville Tigers and the Logan Wildcats played in the state tournament.

Maybe the year they played each other, possibly in the state semifinals or even the championship game.

That was what county basketball fans were hoping for.

That seems like a world away now in the era of “social distancing” and the nationwide and worldwide Coronavirus (COVID-19) pandemic.

The virus news has changed many times and gone at light speed.

Last Thursday, West Virginia Jim Justice called for a complete shutdown of both the girls and boys state basketball tournaments on Thursday of last week.

The following day, Justice closed schools throughout the entire Mountain State and spring sports and practices were shut down altogether through at least April 10.

Then on Sunday the CDC recommended the reduction of social gatherings from 250 to 50 for up to eight weeks.

On Monday, Justice held another press conference saying, “Without alarming anyone, the seriousness of this continues to be real.”

Moments later, during a press conference at the White House, President Trump issued two sets of guidelines of “15 days to slow the spread” and “Do your part to slow the spread of the Coronavirus,” further reducing social gathering to no more than 10 people.

Trump also said COVID-19 might have to be dealt with possibility until July or August, much later than many had hoped. That sent the Dow plunging more than 2,997 points, the largest drop since the 1987 stock market crash.

So does all of this pretty much end any chance at all of even finishing the prep basketball state tournaments?

Does it even know put the spring sports in doubt?

WVSSAC Executive Director Bernie Dolan did not seem optimistic at all on Sunday.

“All state tournaments are still suspended not canceled but I’m not hopeful they will resume,” Dolan told WV MetroNews.

Both the Tigers and Wildcats had advanced last week to Class AA Region 4 co-championship games.

No. 1-Chapmanville (22-2) was heavily favored to beat Winfield (10-14) in its regional game, which was originally slated to be played last Thursday in Chapmanville.

No. 5 Logan (15-8) was slated to travel to play at No. 6 Poca (21-3). That game was seen as a toss-up although many Wildcat fans thought Logan would prevail this time. The Dots upended Logan 61-55 in last year’s regional final, also at home, but Poca had taken a 55-53 double-overtime loss to the Cats on Feb. 11 on their home floor behind senior guard David Early’s 42 points.

As of Monday night no official word had been made by the WVSSAC but all signs were pointing to cancellation instead of postponement.

“It would be heart-wrenching to tell seniors across the state, and across the country really, that this is how your season is going to end, your final season,” Logan coach Zach Green said late last week. “That’s a tough thing to do. We’re just going to take it day by day and that’s all we can do.”

Early, who led the state in scoring this season at more than 28 points a game, and Noah Cook were Logan’s only two senior players this year.

Both Killen and Early are headed to play at Marshall University next season.

Reserve Chase Berry, the quarterback of the CRHS football team who came out for basketball this season, was the Tigers’ fourth senior player.

Chapmanville coach Brad Napier and his Tigers were to play host to Winfield before word came down last Thursday afternoon the game had been called off.

“This has definitely thrown us for a loop here,” Napier said. “We’re going to try to figure out what the next step is. We’re in wait and see and that’s all that we can do.”

Napier said it was an unprecedented week of events. In the sporting world, and amid increasing COVID-19 cases in Asia, Europe and the US, the NBA was the first to act, shutting down the league last Wednesday.

“There’s a lot of unknowns but, of course, the safety precautions are much more important than basketball. I think that we are going to have some tough decisions to make,” Napier said.

Dolan was a guest last Friday on Basketball Friday Night in West Virginia.

“I’m not as confident today as I was yesterday,” he said. “You look at April 10. By rule, they missed more than 14 days, and now by another rule, they have to practice 14 days. Obviously, our board has a right to wave a rule but we haven’t waved that one because it’s a safety rule. If you follow everything without making any changes you are looking at the last week of April or the first week of May for the state tournament. Then you would follow that up with the track and tennis regional tournaments and you would follow that up with the softball and baseball tournaments. It certainly would compress our spring season.”

The NCAA had already canceled its spring sports season. The NAIA followed suit on Monday and closed out its season.

“We know how hard people have got to get here. We want them to have this opportunity,” Dolan said. “If you are in the NCAA they didn’t get it. They have bigger problems. They weren’t able to. I’m keeping the window open. We don’t know if its possible. But we’ll probably have to make a decision early in the week to see how this is progressing in West Virginia and see if there is a possibility. I don’t want to close the door but I’m not overly optimistic.”

The NCAA announced last Friday they would offer an extra year of eligibility for athletes participating in spring sports.

A handful of Logan County athletes had already began 2020 season spring sports play but saw those seasons come to a close.

Peyton Brown, a freshman pitcher/infielder from Scott High School, is also on the Alice Lloyd team.

At WVU Tech with the baseball team was Chapmanville’s Trey Dalton. Both Dingess and Dalton were in their senior seasons.

As of Monday night, West Virginia was the only state to have no known COVID-19 positive test results.